I Caught up with a Med Student About Cells at Work!

Jean returns to share if his predictions from episodes 1-3 came true! 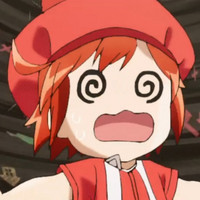 Cells at Work! just keeps getting better but, even with its edutainment value officially verified, I've found myself with even more questions! This time in regards to the predictions Jean laid out after the first three episodes of the series! What did he mean my cells might end up as odds in our first interview? We've seen a few squabbles, but should I still me worrying about all the hard workers in my body going to war?! I decided to check back in with Jean too see what new insights he might be able to provide about the series taking place in our bodies!

Alright I've got a few specific questions for you but first I just wanted to hear what your general feelings about the 2nd quarter of the series.

Jean: From general to more specific, it's been fun! What I've said before about the Magic School Bus still stands and they've definitely expanded their cast. As someone who's really interested in Hematology/Oncology it was kind of awesome getting introduced to the rest of the T-cell/immune cell crew. B Cell's arrogance because he thinks his antibodies fix everything was pretty accurate to how I think a lot college level biology majors feel about the B Cell. Killer T thinks he's way cooler than he is, and we have our roaming badass the Natural Killer Cell trying to compete. It's been a LOT of fun characterizing some of these cell types. 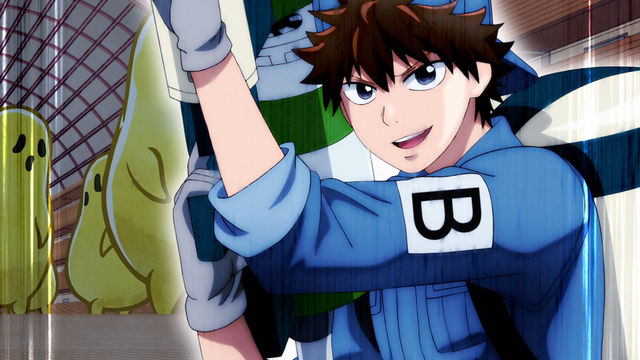 I should preface that while it’s been fun for me to point all these things out, there are people out there with MUCH deeper biology/medical backgrounds than I who might have noticed things on an even deeper level. If you’re one of those people, I’d love to see those comments about what I might’ve missed and be taught a thing or two as well!

How would you say your predictions have panned out?

It might still be too early to say, but I think I was somewhat accurate. We've been getting a much longer introduction to our immune cells than I thought, but that honestly makes sense; its a complicated bunch.

We got to see our T Cells and B Cells kick butt earlier in the season and now get the addition of our Memory Bs, Helper Ts, and Eosinophils. I was kind of right in that they spend a few episodes establishing what these cells do at baseline while also introducing how their normal function may not always be great. 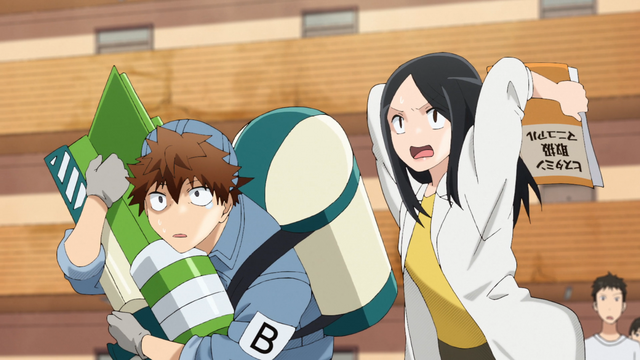 B Cell is awesome at making antibodies but yikes... that IgE though. They also started to dig into how Cancer and autoimmune disease take advantage of normal systems run amok. We also got some super awesome pharm knowledge in this next few episodes in the form of Steroids!

Oh yeah, I wasn't clear if that was a drug or something naturally produced, I guess the robot look kind of implied the former.

[Laughs] Well he came in a capsule, right? So I think it was implying our human had swallowed some good ol' prednisone (methylprednisolone is ‘synthetic’ steroid, hence the robot) and the active form was carried by our RBC to where it need to do its thing. 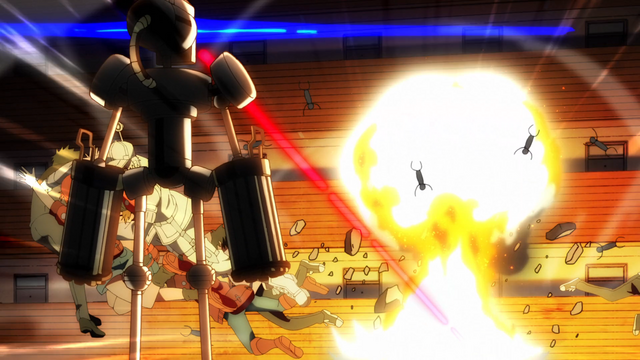 Was the aftermath of the cedar pollen fiasco with different cells shifting blame or the fighting between Killer T and Natural Killer the "not getting along" you were alluding to when we first spoke?

Yes! Albeit, they did it in a very family-feud kind of way instead of down-right adversarial. Sometimes we think of 'getting sick' as parts of our immune system not working or being immunocompromised but, fairly often, the opposite is true. This concept of these cells just 'not getting along' is a good way to frame what's happening. Everyone is just trying to do their job but when the right kinds of signals, stimuli, and situations play out, sometimes this doesn't always spell great news for the rest of the body.

In terms of Cancer, I also loved how it wasn't just that the cells didn't get along, but their specializations ended up kind of being a hinderance to them as well, which illustrated just how sneaky and terrible Cancer is.

So there was a reason the two didn't get along?

Well for one, Killer T definitely has some insecurities with a strong female lead. [Laughs] But, biologically, Killer-T Cells just have a different ‘style’ of dealing with threats than the more free-roaming NK cells. They have the same job, but the way their structured both in numbers and function differs makes a little 'sibling rivalry' makes sense. Each thinks their job is more important the other and poor Neutrophil just doesn't normally hang with these guys. His job is so much more straightforward. If bug, then kill. 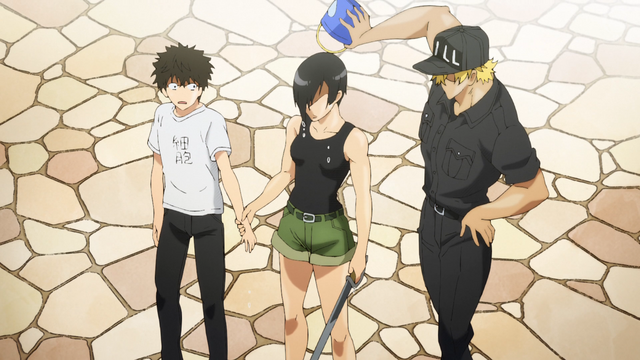 So it’s more as a character-based on their similar roles than as a reference to any specific cell interaction?

Well... what it probably references biologically is the way both cells actually recognize Cancer/virus vs normal cells is the same. Cytotoxic (Killer-T’s) are part of the adaptive immune system and need to be activated to respond, while NK cells can roam free and act as they need to fight virally infected and cancerous cells. However, they both utilize what's called an MHC Class I receptor to differentiate between normal and abnormal cells. Also they are BOTH lymphocytes derived from a similar lineage of cells. So in a way, its a brother and sister relationship.

Haha, I can relate. What did you think of the choice to portray Cancer as so sympathetic?

I was really struck by just how much they tried to make Cancer cell sympathetic too...

I thought that was really interesting and I actually had to take a moment to think that one through for a while. I think ultimately something a lot of people don't understand is what they ended on for the episode: Cancer cells are YOUR cells. They aren't bacteria, they aren't parasites, they aren't foreign invaders, they're citizens of the same world as the rest of our characters. 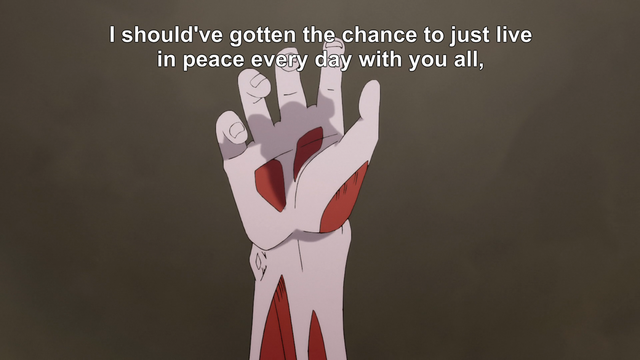 Sometimes I think there's a feeling that Cancer is somehow an invading force on your system, but it is a tragically freak consequence of the average cellular citizen 'losing' their normal jobs and responsibilities. Notice they lived in that dilapidated apartment. Generally, Cancer cells have lost their original functions, they're 'jobless'. I think the state of decay of the apartment kind of reflects that.

One of the big themes of cells at work is everyone has a job to do. Sometimes they conflict and that brings about disease. But other times, 'jobs' are lost via some mechanism or another. One of the consequences of this can be Cancer. Hopefully that analogy makes sense.

I gotcha. I liked how they also made it clear that the cells take up a ton of the nutrients in your body while basically doing nothing for you.

Yup! That's one of the big reasons why a few of the earliest signs of malignancy is profound fatigue and unexplained weight loss. 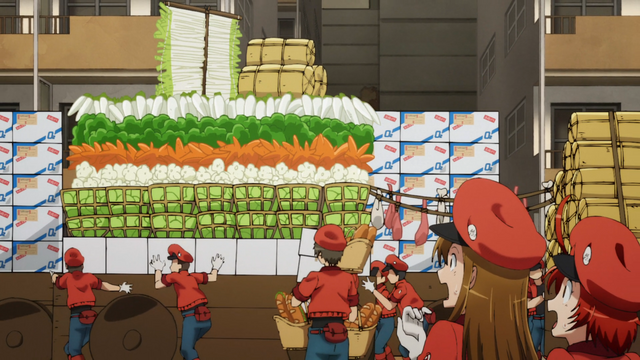 I NEED all your thoughts on bone marrow.

[Laughs] LOVED it! Another really complicated concept they tackled really well. There are these hematopoietic islands in the marrow where Macrophages interact with blood cell precursors to help them mature, so it was cool seeing how these complicated signaling pathways were interpreted via the Macrophage teaching our friendly RBC where to go and what her job was.

Macrophages are pretty awesome. The actual badass of the whole show, to be honest. I don’t know if you noticed her cooking near the end of the last episode? The germ's arm sticking out of the pot? 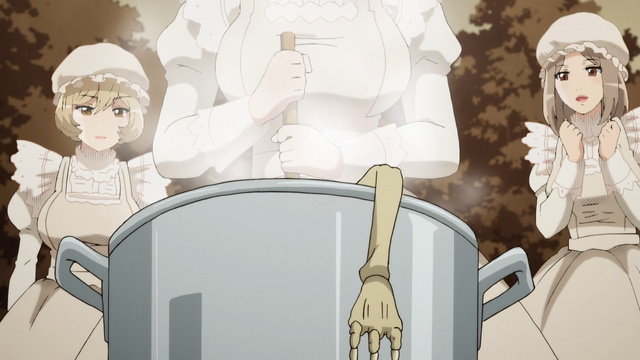 Macrophages are classically our phagocytic cells (They can engulf and eat other cells) so, in truth, they're one of the primary cells that gobble up and kill a lot of the microbes that invade the body. They not only do what the rest of the immune cells can, but they also help signal the rest when they can't take care of it themselves. The way she was like "almost ready..." by the pot?  They literally ingest the microbes and dissolve them.

So it was a bacteria picnic?

Yeah. Low-key. Makes you think about what all that tea is they drink eh?

But yeah, their role in the marrow is also super important and it was cool seeing that showcased. Also, that little ball at the top of the cap… Macrophages actually end up removing/ingesting immature RBC nuclei which is why all healthy mature RBC's have no nuclei. You can actually look at this under a microscope to tell what RBC’s are mature and which one’s aren’t. 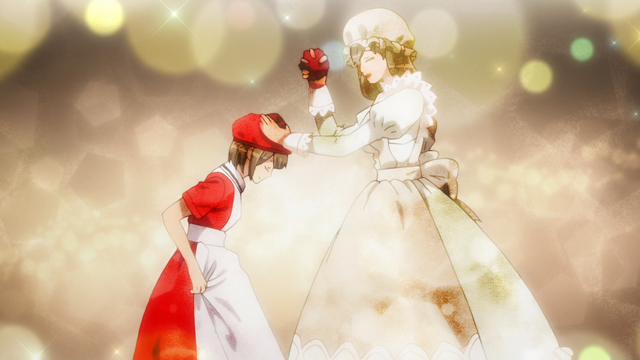 She EATS their nucleus?

Technically? To be honest, I've been getting horror anime character vibes from Macrophage for a while throughout the series and maybe it's just because I know the biology.

I definitely got a Silent Hill vibe during her introduction.

ALSO, cool seeing that our WBC came from a similar place. Technically, RBC's, WBC's, Lymphocytes, and Macrophages are all related to the same precursors. So, in a way, the last couple episodes have had a very 'family' oriented theme. Sibling love with RBC and WBC (sorry if you're shipping them) and a little rivalry between T cells.

Maybe thats why its so tragic with the Cancer cell. He's kind of lost his family in that sense. Maybe Neutrophil gets that a little more than his peers/cousins. T cells kind of enforce the rules for the cells and pick off ones that don’t follow but, if you think about Neutrophil’s character being an extension of his function, his job is to protect cells. All cells. Cancer cell is a cell like the rest and Neutrophil is probably pretty bummed this was one of his own he couldn't save. If you think of it as a big family, it makes sense why it's so sad. 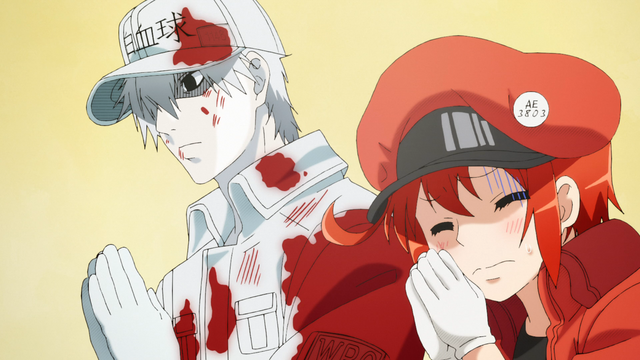 Ah, I loved that scene but was pretty sure it was kind of fluff conclusion for Cancer’s sympathetic arc and Neutrophil was used since he's one of the main duo, but that's a cool reason he specifically would have felt sympathetic.

It resonates with me a lot, too. A lot of newer generation Cancer drugs are aimed at helping our immune system better recognize and kill the cells on their own, rather than killing the cells outright. After all, they ARE pretty darn good at their jobs, sometimes they just need a little help.

I suppose your Cancer research work placed this arc closest to you..

I ended up really liking the way they portrayed it. At first, I was like “No sympathy for the guy,” but when you put in context to what we've talked about, its a tragic disease with tragic origins and I think looking at it that way helps cultivate a more appropriate mindset toward it than, let’s say, treating it like an infection you just blast with antibiotics. It doesn’t work that way. 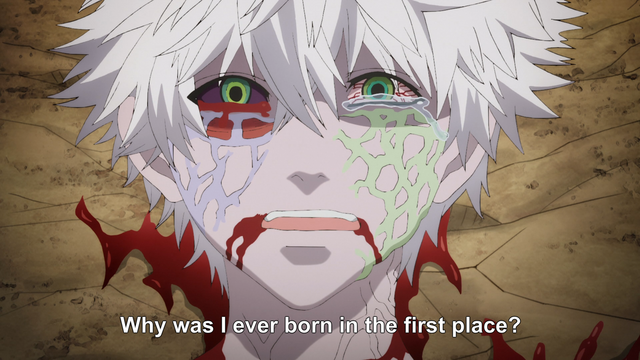 There's more to it and because of that, I'm glad they tried using emotion as a way of portraying how much more complicated an enemy he is compared to the rest of the microbes.