This Season's Greatest Hero is a Space Princess!

Today we're celebrating one of Planet With's most memorable characters, the heroic Ginko! 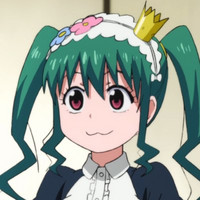 Hello folks, and welcome back to Why It Works. This week it turns out I’m still obsessed with Planet With, the show I spent last week exploring thematically from a variety of angles. I was happy to dig into Planet With’s thematic complexity, but the show’s strengths extend far beyond silly things like “rich moral ambiguity” and “incisive critiques of personal justice.” Today we’re celebrating something truly special, something that sets Planet With apart from every other show this season, and in fact ever. That’s right, today we’re celebrating Ginko, who is extremely great. 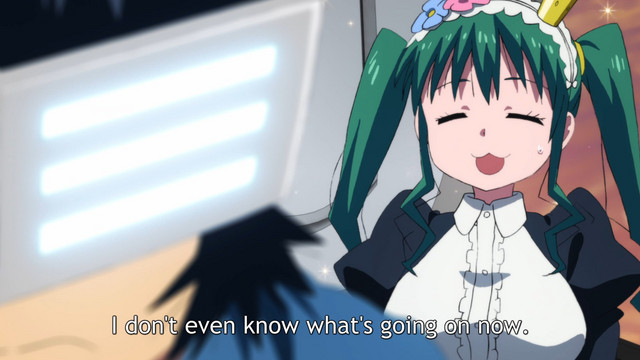 Why is she great? Well, first of all, just look at her amazing outfit. Planet With is an oddly anachronistic production in many ways, and Ginko’s maid-themed outfit is certainly one, harkening back to the relatively chaste maid fantasies of early 2000s anime. Ginko’s take on this old-fashioned theme manages an ideal balance of refinement and absurdity, matching her actual personality’s mix of blase unseriousness and inner fire. Her appearance essentially mirrors the show itself--seemingly absurd on first glance, but concealing a rich and very sympathetic character. And look, she even has a tiny crown! 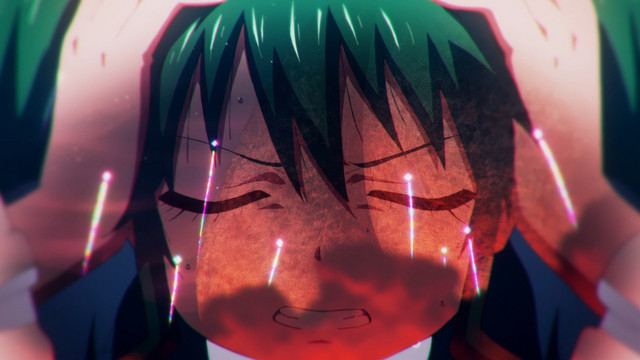 But beyond her very silly appearance and even more absurd heritage, Ginko is great for a very simple reason: she’s genuinely, fundamentally kind. Sometimes Ginko’s kindness and empathy for others almost beggars belief, as when she chose to immediately join Neptune’s forces in attempting to save a species that until moments before had been massacring her own people. Ginko’s concern for others is untouched by personal loyalties or resentments; she believes everyone deserves a chance to live, and embodies that belief in her every action. Ginko’s generosity of spirit feels unfathomable at times, but it’s exactly the spirit we need to survive in a world of such maddening moral complexity. In Planet With, learning to forgive is the first step towards seeking a true peace.

The greatness of a person isn’t just contained in their grandest acts, though. It’s also her small acts of camaraderie and kindness that make her great, and her smiling acceptance of the mad world around her. Our hero Soya began this series desperately needing a family, and though he’s not out of the woods yet, the steady support of close friends like Ginko certainly helps. While Sensei mostly sees Soya as a testament to the fundamental decency of conscious beings, Ginko seems to see him as her little brother, and that’s exactly what he needs. 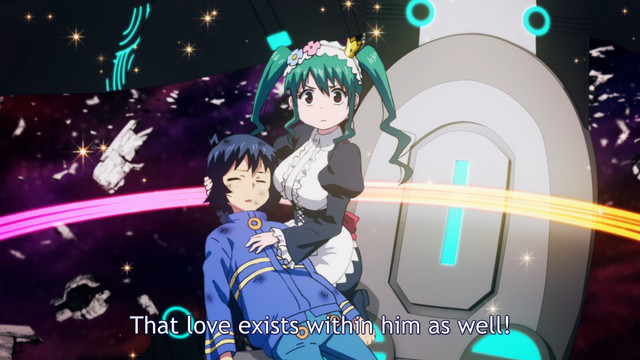 Ultimately, Ginko’s central strength as a character is that she’s just a lovable and extremely expressive dork. In many ways, Ginko actually feels like a spiritual successor to a character like Haruka from FLCL--equally improbable, equally loaded with bizarre worldbuilding flimflam, and equally dedicated to being a surrogate big sister who ends up helping their confused little brother grow up. Ginko is both a terrific character in her own right, and a crucial component of what makes Planet With work in both an intimate, emotional sense and a lofty thematic sense. May her space rule be long, and her compassion never waver.