A buddy cop comedy with high-tech weapons and super-powered criminals! 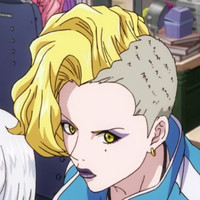 Among the many world premieres taking place at Crunchyroll Expo 2018, Double Decker! Doug & Kirill showed up in a style appropriate for an anime produced by much of the same team that brought us Tiger & Bunny. Releasing the first episode online for all audiences a month ahead of the anime’s broadcast date the same day they screened the first two episodes for those attending the convention. It was the kind of creative promotion that speaks of confidence in the product and, based on my experience with the first two episodes, that confidence was not misplaced.

Double Decker follows amatuer cop Kirill, a deadbeat with aspirations for fame, who becomes involved in the Seven-O special investigations unit, whose jurisdiction lies exclusively in cases involving the use of a drug known as Anthem. Anthem boosts physical abilities to the point of developing superpowers after prolonged use. The Seven-O are equipped with special weapons that neutralize the drug but cannot take action unless the criminal is confirmed to have reached the third level of Anthem use, making them too dangerous for the police department to take on.

Tiger & Bunny fans should find a familiar dynamic in a buddy cop action/comedy featuring a colorful cast and superpowered criminals. In addition to sharing staff with its predecessor, there is some evidence that Double Decker takes place in the same world, with the Apollon Media logo appearing in the first episode. The first two episodes do a lot of worldbuilding, showing off the strangely anachronistic and difficult to pronounce citystate of Risvaletta. Although no long-term plots have been introduced yet, with Doug’s painfully stereotyped bit of sturm und drang seeing a surprise resolution early on, we’re treated to plenty of fight scenes featuring some impressive hybrid 2D/3D actions animation, complete with magical girl-like repeated sequences where Doug stylishly loads anti-Anthem ammunition into his service revolver. 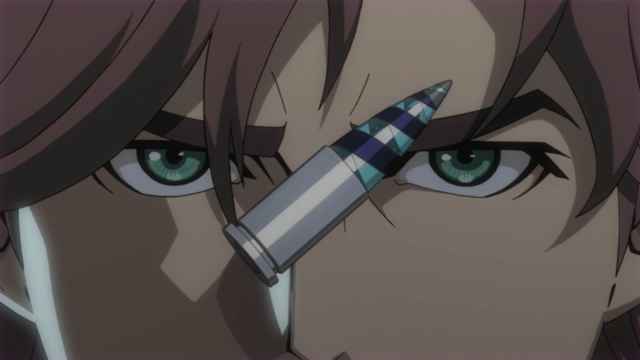 There was a lot of things to love in the anime but the protagonist wasn’t one of them. Kirill exists in a nebulous state between a bright-eyed, optimistic rookie and a deadbeat glory seeker with all the negative features of both. This may be a conscious choice to make him a character we really aren’t rooting for and, therefore, don't mind seeing him get tossed around and shut down by every other character important enough to be given a name. There’s a bit of evidence that this is the desired dynamic when the narrator shuts down Kirill’s opening monologue about becoming a hero that felt cribbed directly from one of Deku’s tattered notebooks. Kirill’s partner Doug seems only semi-lucid but even in his most present moments he seems to intentionally gaslight Kirill about his ambitions. 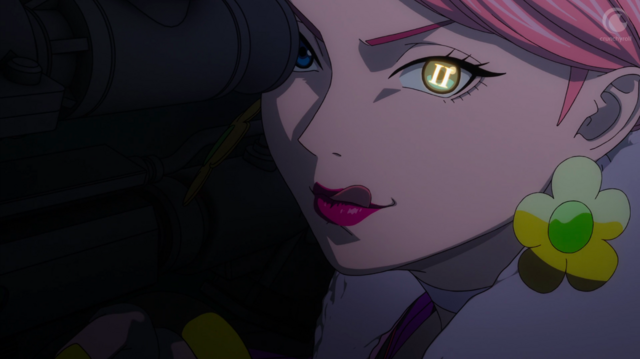 I probably wouldn’t have minded the Kirill focus except the first two episodes focused exclusively on his finding his position within Seven-O. Meanwhile all of their colorfully designed squadmates are rarely seen away from their desks with only Pink grabbing a moment for herself in the introduction to the first episode. The OP and ED sequence both feature some visuals that indicate some major plans for these characters both in and outside of combat (which is good considering how much of effort must have gone into their character design) but the crew receive sparse few lines by this point of the story. The head inspector Travis is a notable exception and, if he’s any indication of quality, then I’m definitely fine with putting in time waiting for the rest of the casts personalities to emerge. 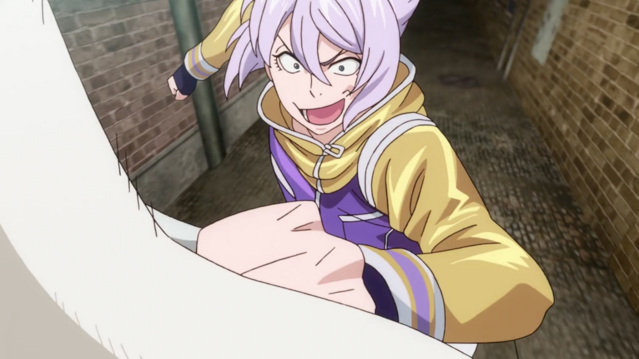 If I had to rank my favorite moments among the first two episodes, my top 5 would each be Travis scenes. Discovering the mysterious “Double Decker system” is an ingenius investigation methodology devised by Travis completely indistinguishable from what normal cops call “partners,” Travis’s eclectic taste for codenames tolerated by the rest of Seven-O until he tries to saddle Kirill with a series of bizarre haircut-themed titles. I actually lost it in a moment where he was thinking so hard he started rapidfire blinking mid-sentence with such intensity that Kirill instinctively backed away in fear.

As it is, I’m obviously engaged with the offbeat world and the promise of more peculiar investigators among the Seven-O cast. The comedic pacing was powerful and the creative combinations of 2D and 3D animation were truly impressive. My only real concern was in the amount of time taken for the set-up has taken before providing a real narrative hook, unless you find yourself invested in Kirill’s success. But if you, like me, you see Kirill as more of a perspective character to the larger world, then there’s still plenty on offer to keep you entertained.

Composer Kevin Penkin on Symphonic Metal and Flamenco Music Influences in The Rising of the Shield Hero, and More!