A time spanning mystery sci fi from one of the most storied names in anime! 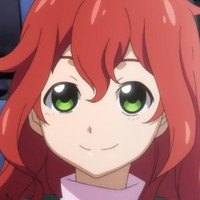 Even up against several hyped world premieres of October anime at Crunchyroll Expo 2018, RErideD - Derrida, who leapt through time - easily came in with the most impressive pedigree. Yoshitoshi ABe’s triumphant return to anime after the unfortunate stalling of Despera was only magnified after the character designer revealed some juicy details regarding his involvement in the anime and its original inspirations coming from his frequent cohort, Takuya Sato. The two episode world premiere well in advance of the broadcast date was just enough of the series to set the stage of the scifi setting and build up a few mysteries for the audience to ponder for the remainder of the month.

RErideD opens in the midst of its eponymous Derrida’s struggles. A scientist working alongside his best friend Nathan for a manufacturer of intelligent service robots, Derrida has discovered a bug that could cause the robots to malfunction. Along with Nathan, he’s attempting to correct the error before the robots are shipped despite their profit-focused boss attempting to save face for the company by styming their efforts. Over the course, we’re introduced to some personal drama regarding his failed past research in time-jumping technology and a tumultuous relationship with his father, who designed the original technology for the robots, known as DZs.

The first episode stumbles a bit under the weight of the exposition it’s attempting to deliver, trying to place the strangely anachronistic sci-fi settling while establishing Derrida’s place within it. We learn about the ubiquitous place the DZs hold in modern society and the threat that they may soon be used for war in spite of sanctions. Derrida’s various relationship with friends and family are highlighted along with his feelings of failure and memory loss surrounding whatever consequences followed his time-leaping fiasco. All these things are meant to set the stage for the eventual incident, really the only thing that could happen given the set-up, of Derrida ending up in a time-traveling pod and awakening to a world terrorized by military robots rampaging in the grip of the software error he was never able to correct. 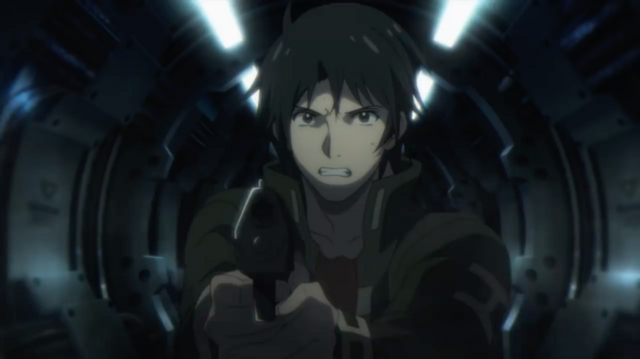 This second episode is when the RErideD starts to show off its strengths. In addition to hinting at where the anime may go within this new world and introducing some characters that make it clear there will be plenty of post-apocalyptic combat to accompany the time-traveling intrigue, the murderous DZs were the visual highlight of the premiere. Their retro robot designs are matched beautifully by some truly inspired unearthly animation that really drives home how alien they are. The sound design is also spot on, featuring bizarre noises accompanying their stilted movements and an ingenious bit of anticipatory terror as their arm-mounted gatling guns wind up before the deafening, prolonged boom of their report. I personally have trouble being drawn in by most horror, so it was shocking how viscerally gripping the DZs were. 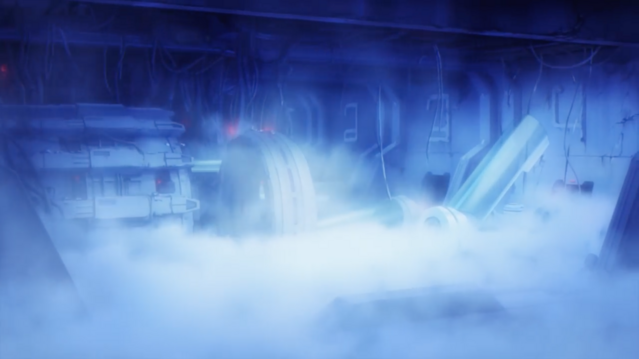 Powerful ambience is a trademark of anime in which ABe is involved and the contrasting worlds of past and future each delivered a unique feel. ABe himself revealed that the inspiration for the anime was the American novel The Door into Summer, written by Robert Heinlein which really contextualizes the ‘50s sci fi utopia feel of the pre-time jump world with its old European stonework buildings existing alongside glass spires, looping roadways, and fancifully shaped robot designs. ABe also revealed he was involved in writing the scenario and screenplay in addition to his character design work, so fans of his other original works like Haibane Renmei have reason to be excited. 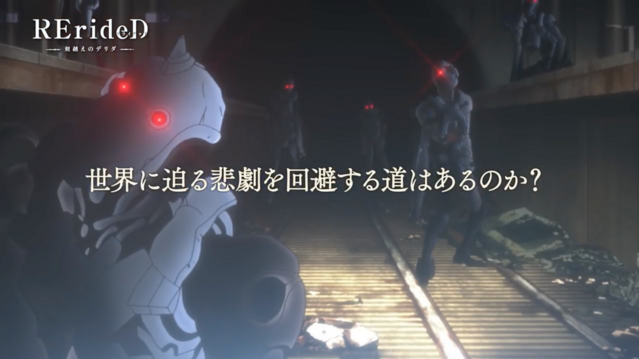 Most of what engaged me about the double premiere was definitely in the second episode, but both were necessary to lay the groundwork for a number of mysteries that the series looks to explore. What happened to the world, if Derrida can still correct the error that has plunged the world into chaos, the fate of his loved ones, and mysterious visitations by a familiar ghost.  Although finding awkward legs, the premiere definitely left us with plenty to chew on. The final episode frustratingly leaving us off at a cliffhanger and our own tragic lack of time sleep chambers mean we can only wait until October for more.