Anime vs. Real Life – The "Hawaii of Japan" Is the Perfect Setting for Harukana Receive [Part 2]

Check out more of the real-world locations of Harukana Receive 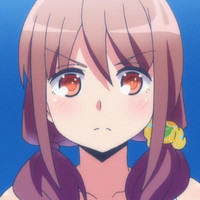 It’s not only the scorching Okinawan sun--things have really been heating up in the recent episodes of Harukana Receive, as the Harukana and the Éclair pair face off in the finale of the Okinawan qualifiers for nationals. With higher stakes at play now, a new and grander stage is obviously needed, meaning in this case: a new, grander beach to play beach volleyball at. Luckily, the “Hawaii of Japan” is blessed with gorgeous beaches en masse, and the Nishihara Kira Kira Beach has been chosen as the venue for the exhilarating finale between Okinawa’s top two pairs. Take a look at how the beach and many other locations from the show actually look like in real life!

In case you missed it, the first installment covered Kanata’s and Haruka’s little home beach, the Gushikawa Beach.

Not too far away from Naha, located within the Creed Nishihara Marine Park, is the Nishihara Kira Kira Beach, which serves as the venue for Harukana Receive’s Junior Tournament and the Okinawa Qualifiers. The beach offers all the usual marine sports activities, and also has soccer and baseball fields, as well as a large area for barbecuing. Oh, and there’s beach volleyball, too.

Okinawa is known for its crystal-clear waters and beautiful sand beaches, and the 550-meter-long Nishihara Kira Kira Beach is evidently no exception of that. The beach’s name, which was chosen by elementary schoolers from the area back in 2007, is also not too farfetched, since ‘kirakira’ means ‘twinkle’ or ‘glitter’. And the anime really manages to let it shine, perfectly capturing the atmosphere with its bright and colorful color palette.

Every episode is a beach episode in Harukana Receive.

The rather large and distinctive-looking entrance hall serves as a good backdrop for the important tournament matches. So far, all of the other tournaments in the show took place at Ukun Beach instead.

Inside are some food stalls and a rental shop, as well as dressing rooms.

Across the beach is the Dolphin Park, which does not actually contain actual dolphins, but is a dolphin-themed children’s playground.

Both pairs were preparing for the tournament at Kanata’s local beach in Gushikawa. Kanata’s traditional-style Okinawan house is supposed to be in this street, but unfortunately does not exist in real life.

As a little tidbit on the side, Claire’s and Emily’s mom is a beach volleyball coach, who seems to be coaching at the Manhattan Beach in Los Angeles. We see her in front of the iconic pier with the Roundhouse Aquarium in one of the shots.

Tucked away in a small side street of a busy highway (picture above), is the Futenma Shrine (picture below). The shrine is quite known for its series of caves within it, but they can only be visited upon request. Since the girl’s from the beach volleyball club head there for their first shrine visit of the New Year, it was probably too crowded to also take a quick peek inside the caves in the anime.

This might just be a coincidence, but Claire being from the U.S. and wearing a camouflage jacket during the shrine visit might be a little nod to the fact that Futenma Shrine is located very close to Camp Foster, a United States Marine Corps camp, which the shrine naturally gets a lot of visitors from.

As soon as the gang finds out that Narumi and Ayasa are about to fly out of Okinawa, they quickly decide to head to the airport to see them off, but a traffic jam forces them to continue the journey on foot.

The remarkable thing about this is that the gang is able to reach Naha Airport from the gas station, which are roughly 4km (2,5 miles) away from each other, in less than 30 minutes. Seems like all their excruciatingly hard volleyball training really paid off.

Part 1: Anime vs. Real Life – The "Hawaii of Japan" Is the Perfect Setting for Harukana Receive

Who are you rooting for? Team Harukana or Team Éclair?`