Cooking With Anime: Hideo's Meat Buns from Planet With

What is the single best meat based item you can eat if you don't get to eat meat????? 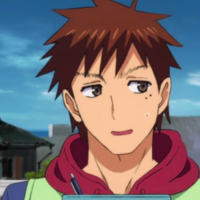 Souya, the young, impressionable student, wants one thing in life: meat. He is the lead character in Planet With, and also has the ability to transform into an awesome mecha to fight his foes and claim vengeance for his planet. He wields a giant hammer with a mighty fist, powers up with a "drink" (read: magical alcoholic power-up), and has stood on the backs of his enemies. Mostly, though, he just wants a meat bun.

And that is maybe the number one reason I love this show as much as I do. His unwavering dedication for meat, in the face of all his power and responsibilty, is truly humbling.

And honestly, don't we all agree? Relatable, that's the kind of guy Souya is. His friend and caretaker, Ginko, is vegetarian, and therefore all the food she makes for him is vegetarian. This is all well and good except for our growing boy, Souya, who dreams of the stuff. Katsudon, meatballs, meat buns...he wants it all. 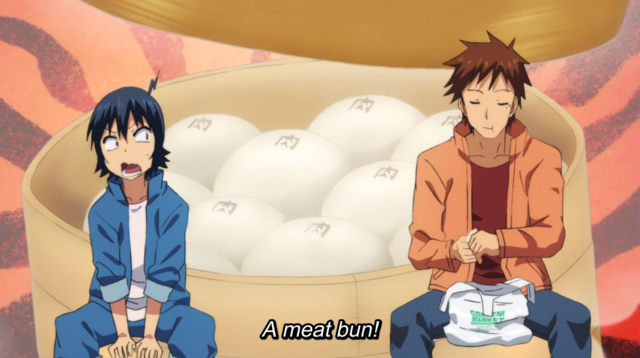 Thus far in the anime, I have yet to see him finally get the food of his dreams. I'm not sure we ever will. There's a particularly great moment when he comes so close...only to be fooled by bean paste! So, in memory of this amazing character, we're making a meat bun that will satisfy all his cravings. 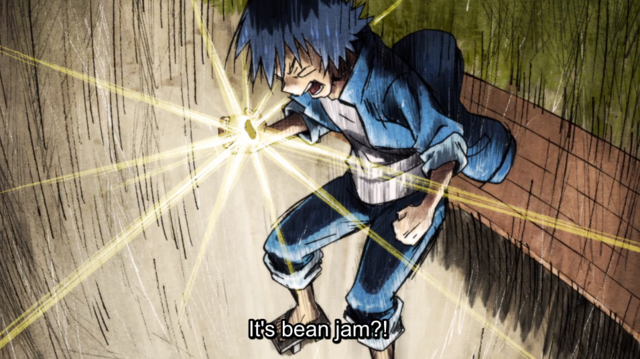 Now, nikuman, or bao, in Chinese is a pretty simple concept. Well seasoned pork wrapped in fluffy bread- what's not to love? You can get them in any conbini in Japan, and, as it turns out, they're pretty easy to make. In fact, the most difficult part of these meat buns are the time it takes to put them together. The second most difficult part is wrapping the meat in the dough and pinching the edges together. If you can carve out two hours of time to cook, that's the first difficulty down. If you can more or less pinch the edges of dough together, and conveniently disregard the overall aesthetic appeal of your buns, you're in the clear. The recipe I used is based off the recipe from Just One Cookbook, a fantastic resource for Japanese food. I encourage you to click over and check out the original recipe. I've re-written it here explaining the steps I took, which vary slightly from her own. No matter which recipe you follow, though, you'll get great results.

No matter what, you won't be disappointed with the flavor- these buns will make anyone happy! Souya- this one's for you.

Watch the video below to see the full process.

1. Whisk the flour, sugar, salt, baking powder, and yeast together. Add in the water and vegetable oil and stir until dough starts to come together.

2. Turn dough out and press scraps together until a dough ball forms. Knead dough 15-20 minutes or until smooth, springy, and when a pinch of dough is spread between your fingers, you can see light through without the dough breaking. Form into a ball, and place in an oiled bowl. Coat the dough with oil, and cover with plastic wrap. Set aside somewhere warm for about an hour, or until doubled in size.

3. Rehydrate dried mushrooms in the water. Finely chop cabbage, taking out the hard white core, and sprinkle well with salt. Set aside.

5. Mix filling together well until sticky and lighter in color. Set aside until dough is ready. Cut parchment squares to place under buns when they are done.

6. When dough is ready, turn out onto work table. Punch down, and divide in two. Roll both halves of dough into logs, and split each into 5 pieces. Roll into balls, and let rest 15 minutes under a damp cloth.

7. Squash dough balls flat. Roll out dough balls, one at a time. The roller should focus on rolling out the edges, so should only be placed about 1/3 of the way onto each dough round. The middle should be thicker than the edges, and the edges should be pretty thin. When dough is rolled out, place two tablespoons of filling in the middle. Pinch the edges by holding the bumpling in the palm of one hand. Take the edge of the wrapper between the thumb and index finger of your free hand, and press the index finger of the hand holding the dumpling against the dough, so that the dough begins to crimp together. See the video attached for a clearer visual of what this should look like. Continue to press and crimp, so the dumpling closes up on itself. Twist the top together to totally seal.

8. Place finished dumpling on a piece of parchment paper and let rest.

9. Heat water in the bottom of a wok. Place bamboo steamer on top (water shouldn't touch the bottom), so that steam can rise up and through. When steaming, add buns. Place the lid on top, and steam for 11-12 minutes.

Tags
cooking with anime, nikuman, meat buns, planet with
« Previous Post
Conception TV Anime Reveals New Key Visuals
Next Post »
Sound! Euphonium the Movie ~Oath of the Finale~ Strikes Up the Band for April 19 Release
Other Top News
0 Comments
Be the first to comment!
Sort by: