The Saga of JoJo's Bizarre Adventure Leading into Golden Wind

Your guide to JoJo's Bizarre Adventure leading up to Golden Wind 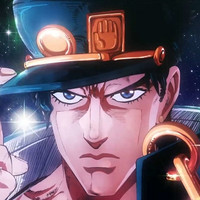 It's finally here: after a long wait, Part 5 of the hit anime, JoJo's Bizarre Adventure, is premiering next month! JoJo is a legend in the anime fandom, and for good reason; it's particular blend of campy humor and wild action has enraptured fans for decades, and Golden Wind is set to give us more of what we love about JoJo. Of course, any franchise that's gone on for so long is going to have a lot to keep up with. That's why we're giving a rundown of the first four parts to prepare you for the joy of Golden Wind. There'll be spoilers for the first four parts ahead, so be careful if you haven't seen JoJo yet. And if you haven't watched JoJo's Bizzare Adventure yet, what are you waiting for? Go and get in on that! With that said, let's get started.

Beware of spoilers ahead! 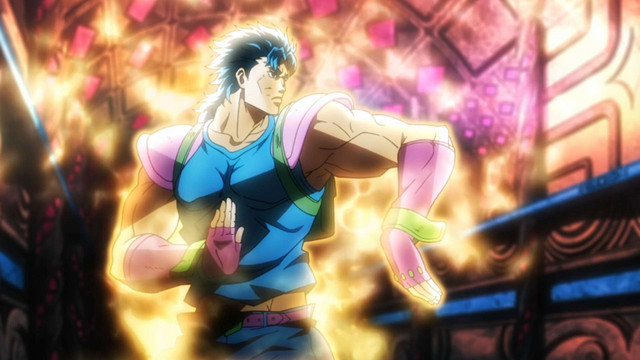 Our bizarre adventure begins in Victorian England, with a young man named Jonathan Joestar and his adopted brother, Dio Brando. After a failed attempt to kill Jonathan's father and usurp his wealth, Dio uses an ancient stone mask to turn himself into a vampire and begins plotting against Jonathan. In turn, Jonathan starts training the mystical art of Hamon, the only technique that can kill a vampire, which he learns from the eccentric Baron Zeppeli. Zeppeli is forced to sacrifice his life along the way, but Jonathan eventually defeats Dio, sacrificing his life in turn to trap the vampire in a coffin at the bottom of the ocean, hopefully ending his reign of terror. Jonathan's pregnant wife, Erina, survives the shipwreck, along with a young baby she saved. Erina makes her way to America, and builds a life for her children there. 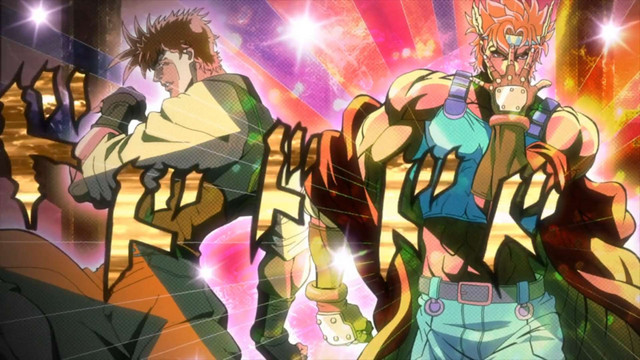 Part 2 picks up many years later, following Jonathan's grandson Joseph. Even though he's almost identical to his grandfather, the brash and wild Joseph is nothing like the straightforward and honorable Jonathan. Joseph, a natural Hamon user, gets drawn into his own adventure after the Pillar Men, a group of ancient demigods who created the stone mask that made Dio a vampire, awaken and begin to plot world domination. The lead Pillar Men are the honerable Whammu, the calculating Eisidisi, and the cruel Kars. The three are deadly opponents beyond even Dio, forcing Joseph to master his Hamon with the help of the mysterious trainer, Lisa Lisa. Joseph's fight against them takes him on a wild adventure as he encounters cyborg Nazis, killer squirrels, and vampires named after famous musicians and singers. Along the way, he meets Baron Zeppeli's grandson, Caesar. The two clash at first, but grow to become close friends and, with Lisa Lisa's help, head fight the Pillar Men in a pitched battle to save the world. Joseph eventually wins, at the cost of his hand, and goes on to marry his sweetheart, Suzie Q, and live a long and happy life. 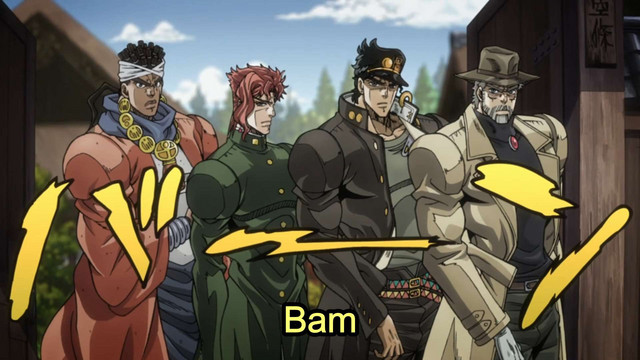 Stardust Crusaders begins in 1988 and follows Joseph's grandson, Jotaro Kujo, who faces the return of Dio Brando, now known simply as DIO. Stardust Crusaders marks the introduction of Stands, manifestations of the wielder's fighting spirit, which become the primary fighting style of all future arcs. After DIO awakens his, everyone else in the Joestar bloodline also obtains Stands of their own. Most are simple power-ups, but Jotaro's mother is too weak to handle hers. In order to save her, Jotaro and Joseph embark on a globe-trotting journey in order to find and eventually defeat DIO and his army of evil Stand users. Along the way, they're joined by a motly group of other Stand users: Jotaro's classmate, Noriyaki Kakyoin, Joseph's friend, Mohammed Avdol, a Frenchman named Jean-Pierre Polnareff, and the Stand-using dog, Iggy. DIO proves to be a deadly opponent thanks to his Stand, The World, which has the ability to stop time. Due to their similar natures, only Jotaro's Stand, Star Platinum, can match its power. After a pitched battle, Jotaro finally kills DIO, putting an end to his ambitions once and for all. Kakyoin, Iggy, and Avdol were all killed by DIO and his minions, leaving Jotaro, Joseph, and Polnareff to return to Japan and mourn their friends before each going their separate ways. 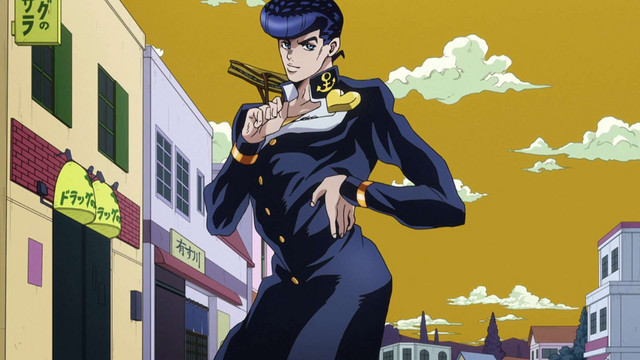 The most recent arc to be adapted, Diamond is Unbreakable, begins in 1999 when Jotaro arrives in the town of Morioh to find Josuke Higashikata, Joseph's illegitimate son. Jotaro finds him, but the two are quickly drawn into the various conflicts in Morioh as random people start suddenly developing Stands. Their investigation leads them to a mysterious arrow with the power to grant ordinary people Stand abilities and a serial killer who's been hiding in Morioh for years. The serial killer, Yoshikage Kira, uses his Stand to cover up his crimes and live a quiet life as an upstanding citizen of Morioh. Jotaro and Josuke eventually learn about his crimes, and team up with Josuke's friends Okuyasu and Koichi, as well as the Stand-using mangaka, Rohan, to hunt down Kira. Along the way, they're forced to contend with the various Stand users cropping up throughout Morioh and causing trouble. Josuke and Jotaro eventually defeat Kira, thanks in large part to Jotaro's ability to stop time, after which Kira is run over by an ambulance and his soul is torn apart by the spirits of the people he killed. Joseph and Jotaro leave Morioh afterwards, content in the knowledge that the town has able protectors in Josuke and his friends. Koichi in particular ends up playing a major role in Part 5 when he goes to Italy as a favor for Jotaro...

And with that, you're all caught up and ready to start Golden Wind! The saga of the Joestar family truly lives up to its name as a bizarre adventure, so hopefully this guide has everyone on the same page now. Golden Wind is going to begin in just a few short weeks, so there's a lot to be excited about!

What are you looking forward to in Golden Wind? Let us know in the comments!

Watch Part 1 through Part 4 of Jojo's Bizzare Adventure today to get caught up and ready for Golden Wind!