The 5 Most Loved and Hated Undead in Anime 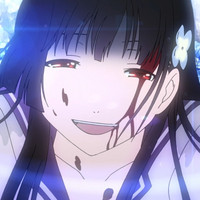 We’re back! I know I promised pipe as the next love and hate, but it’s October now, so I’m going to be delivering tags with spooky subjects for each week this month! Also, changing the ground rules a bit. I'm not a fan of repeats so, henceforth, we’re only accepting each character once based on whether they’re more loved or hated. Now let's move on to the first of our 5-part horror series.

Undead, people who kicked the bucket and… kept on kicking. A common feature of horror stories that usually come in packs with a taste for human flesh, but this isn’t so much the case with anime. Whether the victim of black magic or scientific experiments, they might otherwise be ghosts but just can’t seem to leave their body behind, bent on spending their afterlife either trying to be normal or sorting out some serious unfinished business from when their heart was still beating.

Love them or hate them, they’re demonstrateably hard to get rid of. Our friends over at Anime-Planet spend day and night cataloguing these unique features and leaving it to the fans to vote on the best and worst undead characters in all of anime. A note before we begin, these are the result of popular votes that I can and will disagree with. Only your democratic will can determine who makes it on this list. With that out of the way, below are the 5 most loved and most hated undead in anime! 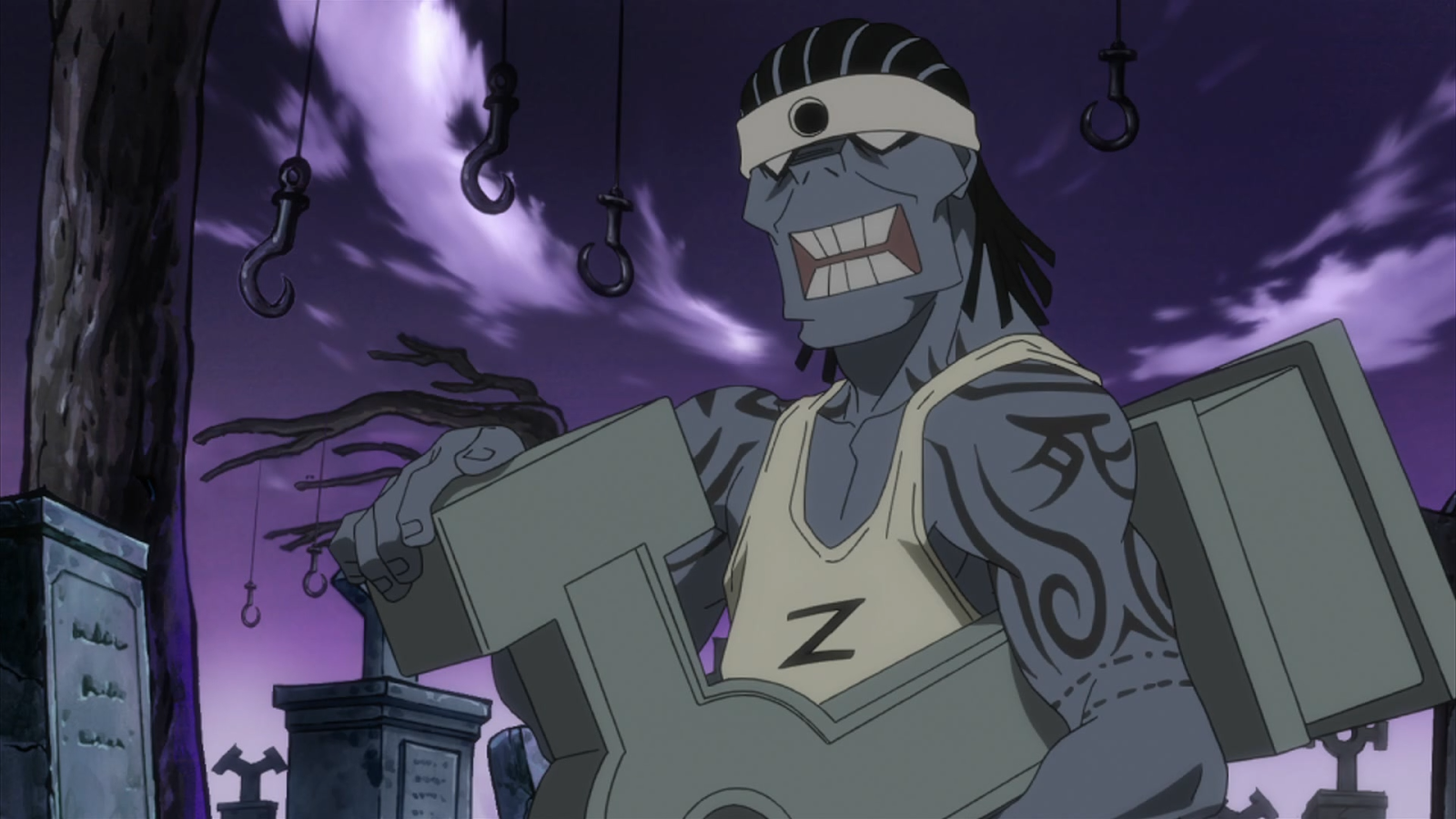 Not just a zombie, but a ninja zombie! Sid even gets a proper horror movie introduction complete with rumors of killings and bursting from his own grave to attack his students. Turns out he’s a nice guy, but he definitely knows how to make the most of his unfortunate condition. Maybe one of the scariest presence on this list when he wants to be. Extra props for using his own tombstone as a weapon. A very good start. 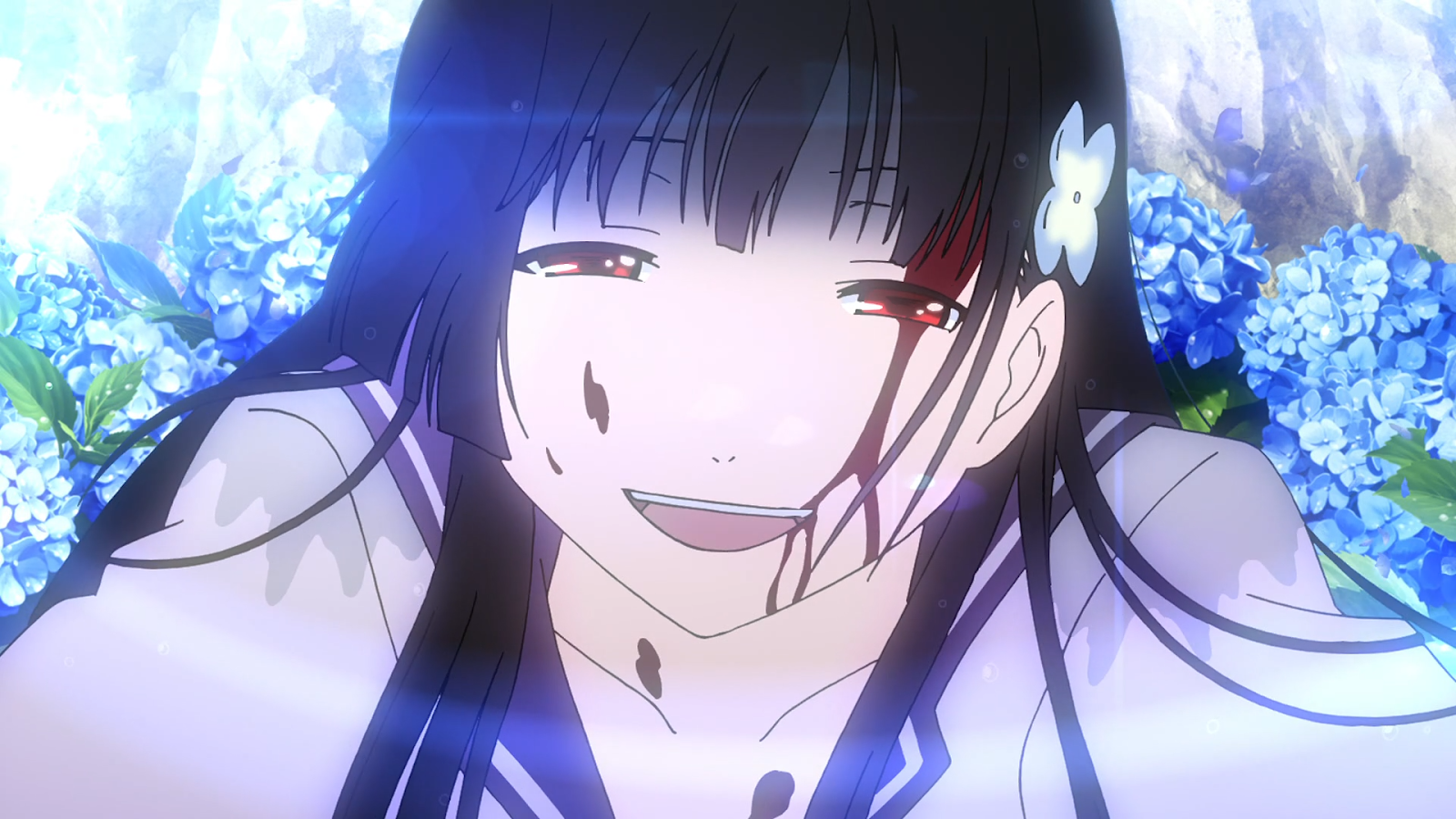 A tragic case. Trying to kill yourself with a zombification potion is a little counterproductive. Maybe she should have use wikipedia a bit before imbibing? Can’t say I envy spending my afterlife trying to sort through a teen romance, even if her love interest is extremely zombie obsessed. She’s a good girl and I can see how she ended up on the list, but her spook factor is unfortunately low. 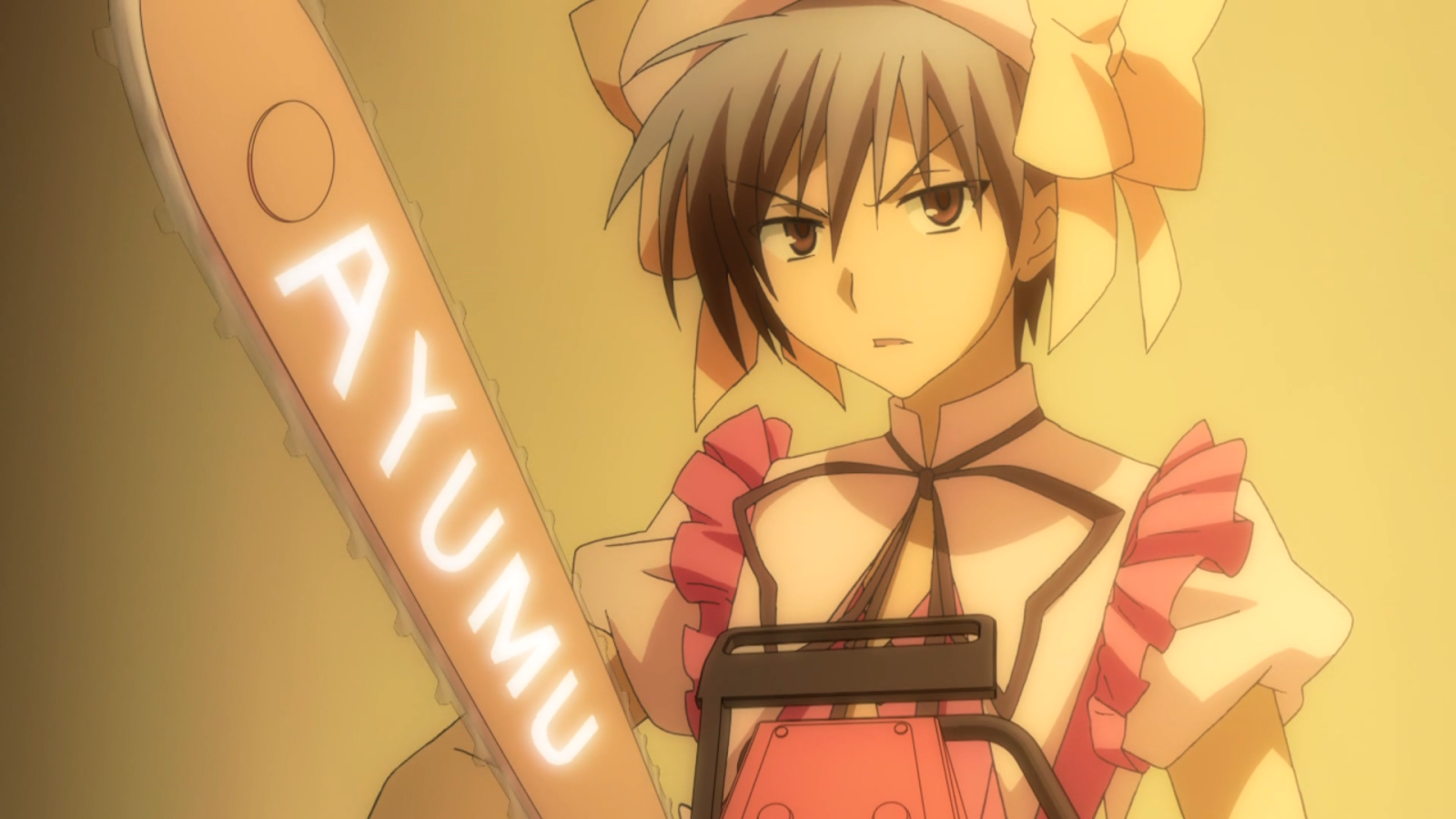 I’m not sure if I’d called Ayumu scary, but he’s certainly living the unlife. How many zombies can say they were resurrected by a necromancer named Eucliwood Hellscythe and given the ability to turn into an undead magical girl? He even takes a bit out of the terror out of the single scariest invention made by mankind, the chainsaw, by having his monogrammed with glowing letters. although that's pretty enviable in itself. I guess I’m just jealous. 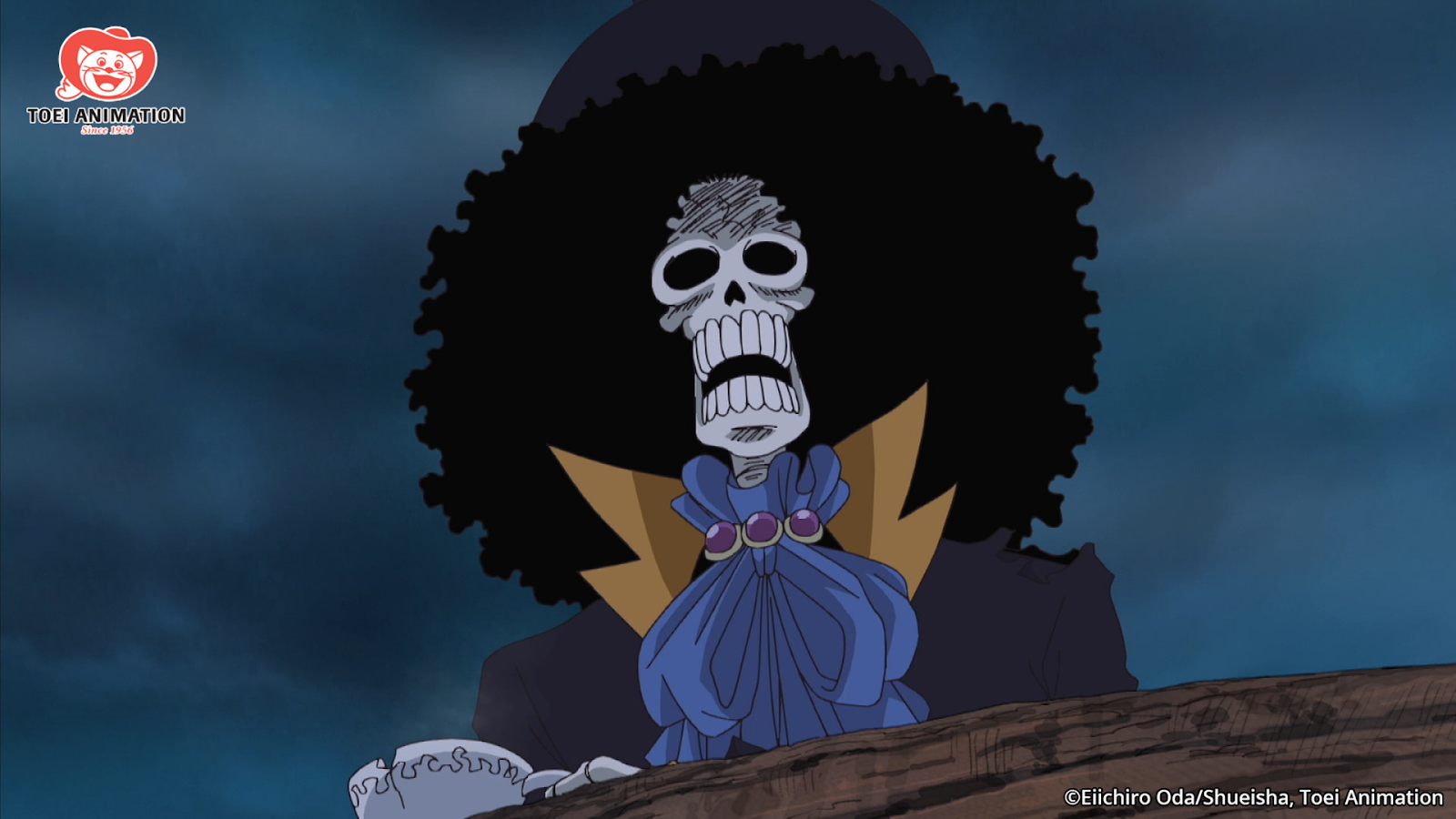 I literally would not accept this list as canon without the presence of Brook. He isn’t very spooky, getting most of his screams from raw skeleton power alone, but his gallows humor makes up in comedy what he lacks in creep. Post-timeskip he thankfully leaned into his deathlessness by incorporating the chill of death into his attacks and separating his soul from his bones which is some good progress. Just needs to work on his jump scares. Extremely cool and extremely spooky. Fear is one of Celty’s greatest weapons as she makes enemies run in terror just as often as she actually fights them. Although a bit less creepy than a human spine whip, a soul-severing shadow scythe pulled from her smoke-belching neck hole ain’t bad. I gotta say I didn’t know Dullahan were undead until now and I’m wondering what this means for Kyoko Machi. 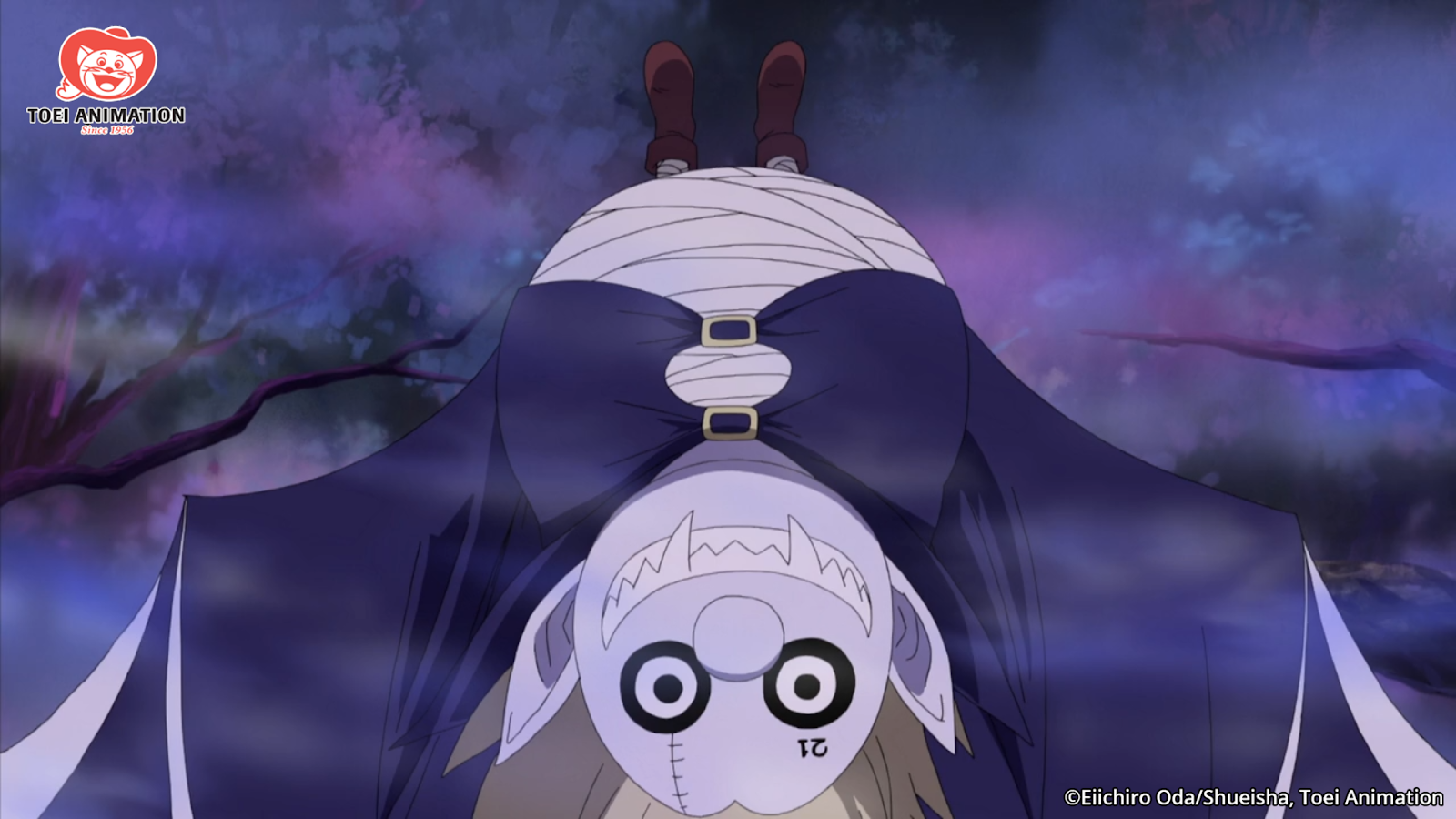 I’m guessing this guy is on the hated list because he keeps warning the other villains of the Straw Hat’s activities while never fighting himself. Also we never figure out what’s in that mysterious bottle on his back. Awesome character design and scary in theory, if he ever did anything. A little surprised he made it up here for being a pretty forgettable villain otherwise. 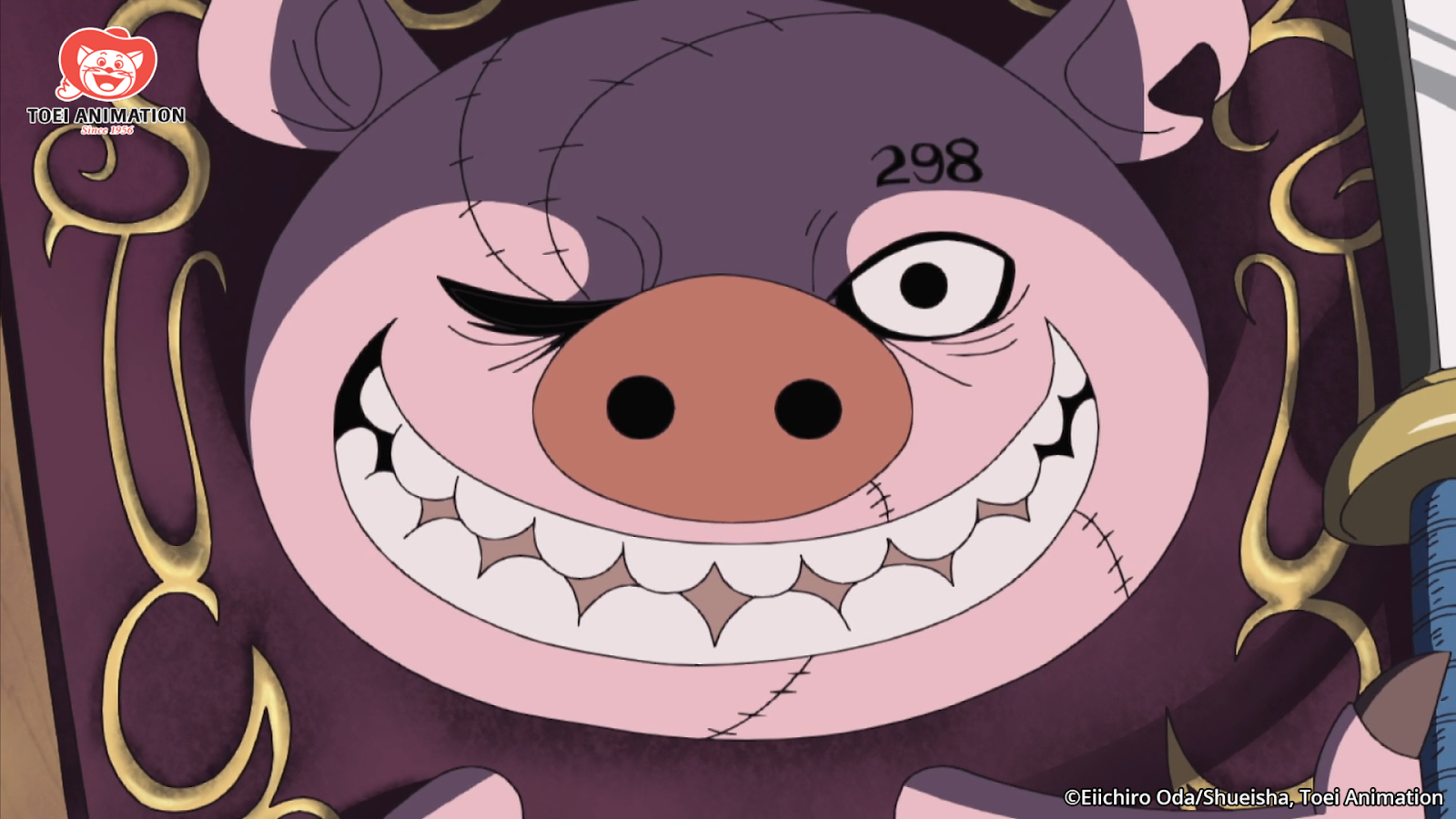 A carved-up, mounted pig head that commands a shock troops of zombies and leaps off the wall to try to murder you with swords is some real horror movie shit so I’m gonna say Oinkchuck gets high marks on his fear factor. That said, he really doesn’t do much. Just another of Oda’s inexhaustible pool of awesome ideas that appears in a single story arc. Rest in peace, piggy. 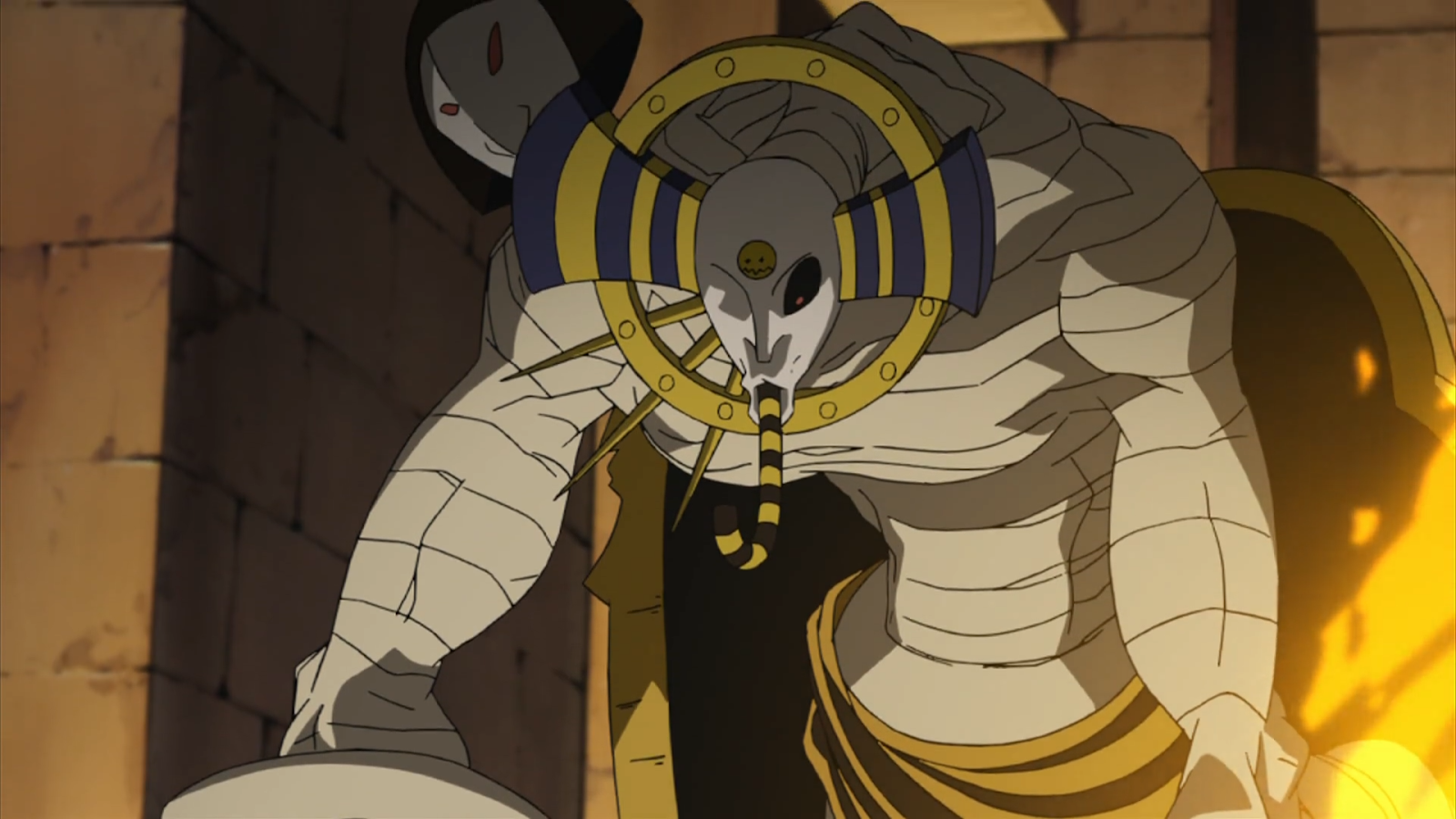 Some major horror moods in the lead up to Pharaoh’s introduction. Mummy’s aren’t exactly common in anime, so I’m glad Soul Eater pulled out all the stops with tentacle bandages and a body that looked like it was pieced together from several cadavers. Unfortunately his reveal was also a bit of a joke, which ruined the mood, but I’ll give him the benefit of the doubt, even if he did get destroyed. 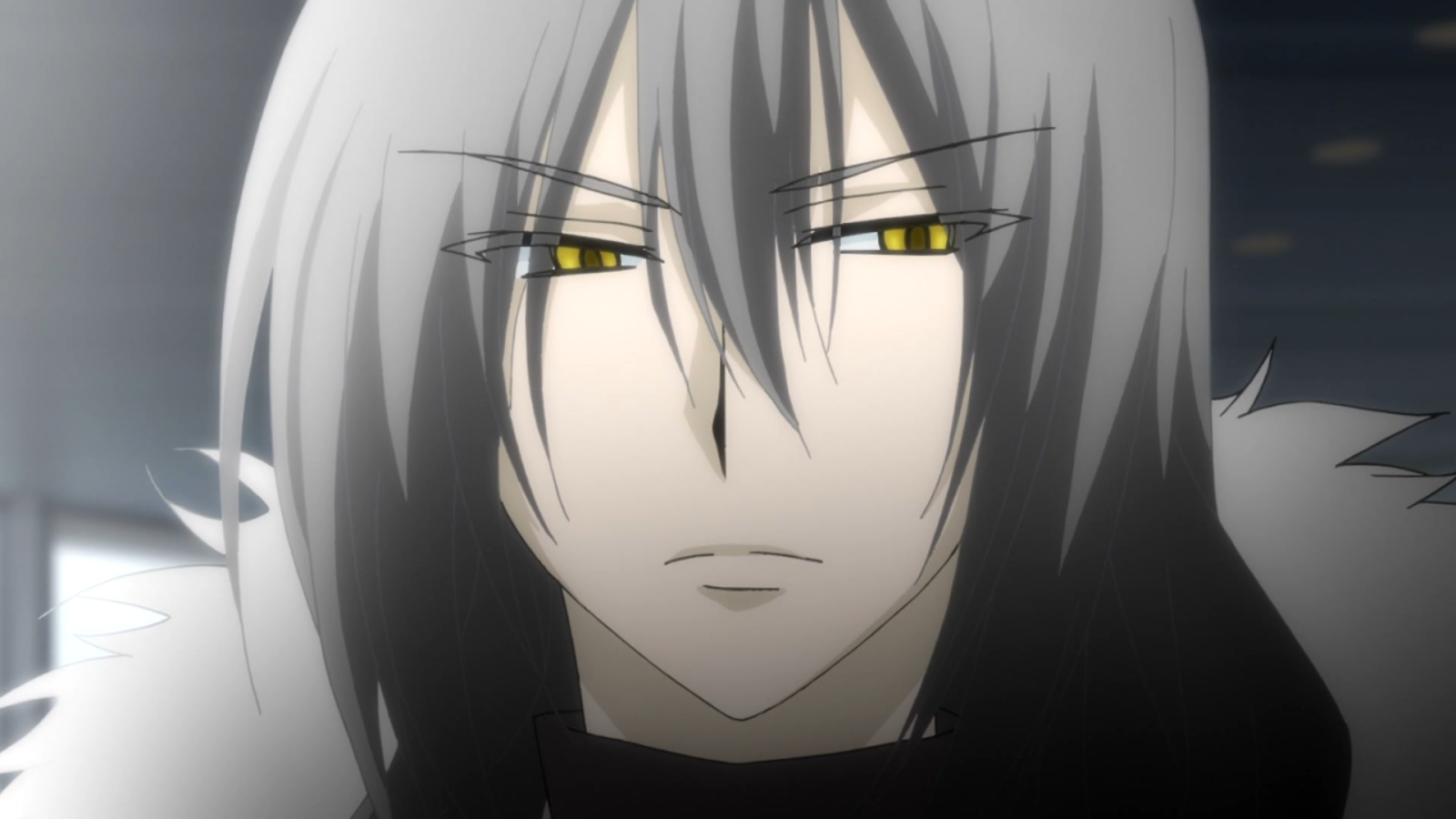 A serial killer and lord of undead with power over a vaguely defined black mist who rewards those that sacrifice souls to his name with tremendous power? Now we’re talking. Yoruno is definitely a scary guy even if his motivations boil down to the ultimate goal of your average ennui-stricken Final Fantasy villain. I guess now he’s just your average penguin though… Is there some Prinny connection here? 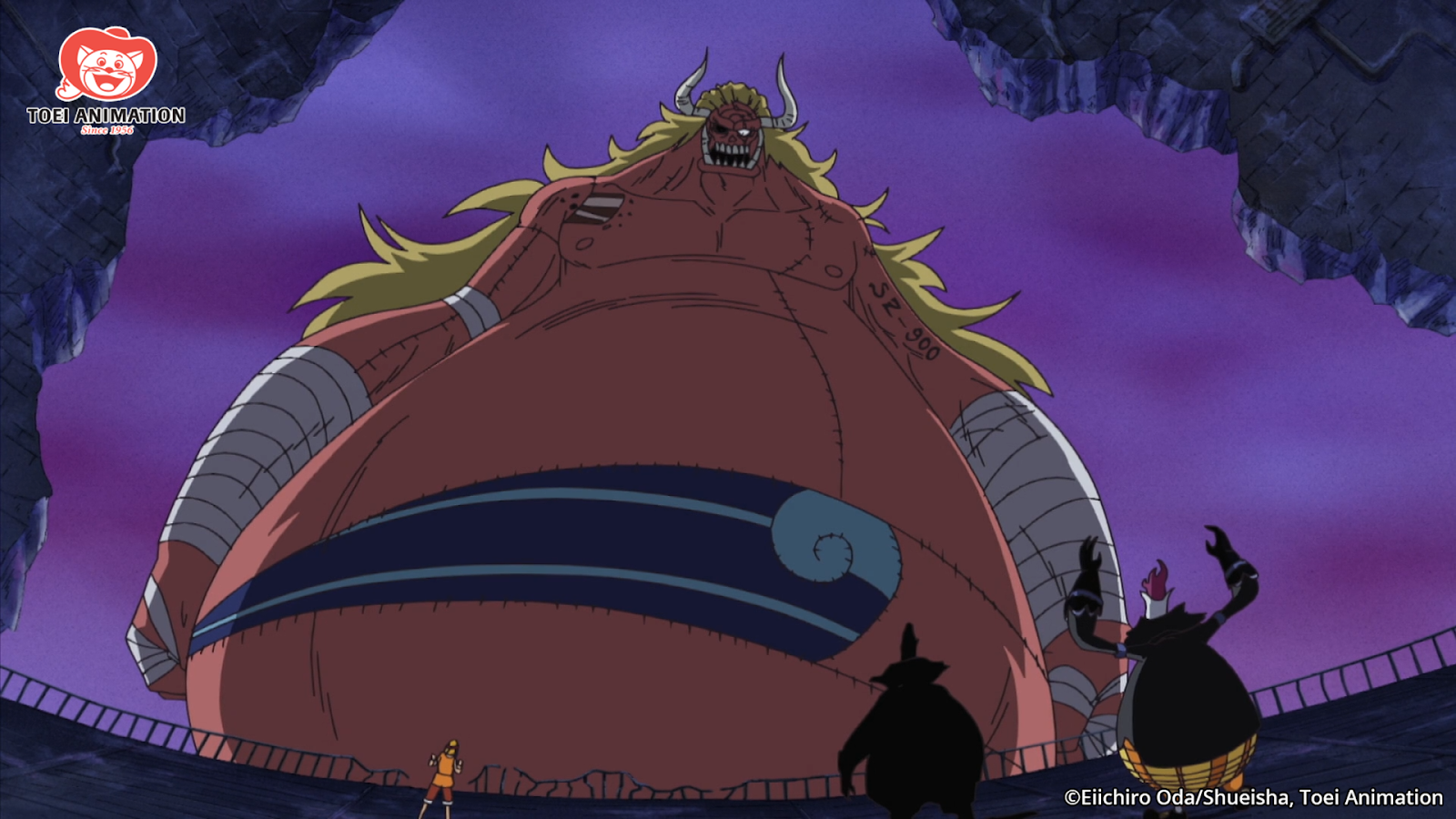 Definitely deserving the number one spot based on raw spook factor. A giant so large he was known as the Continent-Puller reanimated and given the ability to use all of Luffy’s devil fruit powers makes Oars one of the scariest opponents in One Piece. Also, Oars basically was Luffy for the majority of the fight so I’m surprised to see him on the hated side. On that same note, he was only one of the bosses for a single arc, although I’ve been told Thriller Bark was the best--which is incorrect… must have left quite in impact.

Given its recent popularity, I gotta admit I’m surprised not to see a certain antagonist from The Ancient Magus' Bride on the list. I should have known Thriller Bark was gonna take over one half from the start. If anything, it’s shocking how how many nonviolent characters made there way up here.

Tags
5 most loved and hated, one piece, soul eater, is this a zombie, sankarea, durarara, peter fobian
« Previous Post
Phantom Thieves Face the Might of a True Hero in Persona Q2 Promo
Next Post »
Wrap Your Mind Around an Exclusive Mob Psycho 100 Manga Sample
Other Top News
20 Comments
Sort by: