An Interview with Yoshitoshi ABe and Rie Ogura at Crunchyroll Expo 2018! 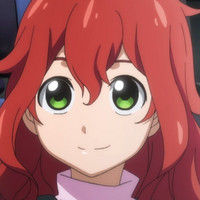 Yoshitoshi ABe is an industry legend after his prominent work on beloved late '90s and early '00s series like Serial Experiments Lain and Haibane Renmei. Although less of a household name, Rie Ogura's projects are no less prominent, having worked as producer on two of the most famous comedy series among Western fans, KonoSuba and Nichijou. Both were present for Crunchyroll Expo 2018 to promote their newest series, the maiden anime of studio GEEKTOYS and ABe's first anime in over 10 years, RErideD: Derrida, who leaps through time. I was fortunate enough to sit down with both of them to ask some questions about their past work and how this newest anime came about!

How did you each of you get involved in RErideD: Derrida, who leaps through time anime?

Yoshitoshi ABe: I was called in to do the character designs for the anime and, after that, I participated in producing the script and the original story.

Rie Ogura: Originally Sato-san wanted to make this project about time leaping and so he called in ABe-san to do character designs and the two discussed the project quite a bit. That’s who was there originally and then basically, in the end, I showed up. 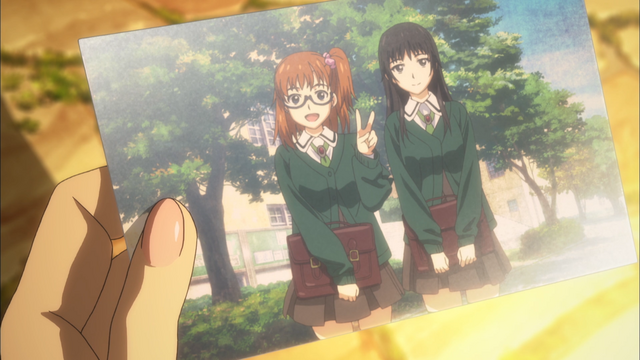 ABe-san, you said you helped write the screenplay?

ABe: I write the screenplays for 2 episodes and built the plot of a few other episodes.

How was the story developed?

ABe: Originally, Sato-san was looking at a novel by Robert Heinlein, The Door into Summer. It’s a pretty famous novel, so Sato-san wanted to make an anime that was either a direct adaptation or at least based in that original concept but that was a totally new work and it sort of went down that second path.

It’s been over 10 years since your last anime, ABe-san, not counting Despera. What about RErideD attracted you to the project?

ABe: There was definitely more than a 10 year gap between now and my last anime that made it to the public, but I’ve been working on various projects the entire time, often that didn’t turn into any product in the end. This one actually made it to the end and we were able to announce it, so I’m very happy about that… but sometimes in the middle, wondering “is it going to be ok this time?” It took about 1½ years to actually give a concrete shape to this project.

This also looks like GEEKTOYS first anime, Can you tell me a bit about the studio?

Ogura: GEEKTOYS is a subsidiary of GEEK PICTURES which has been involved previously in live-action and commercial development and it’s a large company in this area. They decided they wanted to become involved in anime so they set up their own studio which is called GEEKTOYS. 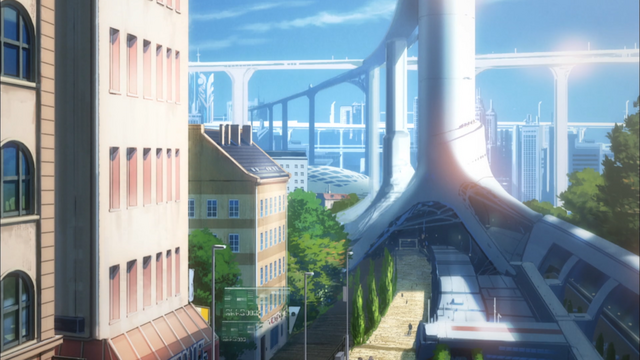 Your color palettes are pretty famous in the industry and vary to match the mood of each anime you’ve worked on. Can you tell me about how you developed the palette for RErideD?

ABe: Each project I’ve worked on is very different so, of course, from a design perspective I also have to approach each one very differently. It’s true that Lain was pretty dark and NieA_7 was definitely the exact opposite of that. Haibane Renmei was fantasy so, of course, it had a palette that went across with that. I’d say that Texhnolyze is the darkest pallette of any show I’ve worked on.

For The Door into Summer, Sato-san asked me if I’d read it and I said “I know I read it in school but I’ve forgotten pretty much everything about it” [Laughs] I remember it was good, I was left with that feeling. I approached it from that direction, from the feelings the novel had left within me from back then. That pretty much covers my use of colors up until now.

I’ve read rumors that you were a graffiti artist when you were younger but haven’t been able to track down a definitive statement from you one way or the other. Can you tell me if this is true?

ABe: No, that’s not true. I haven’t even picked up a spraypaint can. I studied Japanese art at a school.

You originally described Haibane Renmei as a project you were working on piece by piece as inspiration struck. Can you tell me a bit about how it was adapted.

ABe: It was actually an experiment. Although I started to draw it as comic format, I would draw each panel without thinking about or planning what I would do next then, based on that panel, I would draw the next. That was the purposeful way I approached it.

When I was asked to make it into anime, I had only made 16 pages of the doujinshi and had no idea how it was going to end. When Ueda-san said “let’s make it into an anime!” I told him I had no idea where it was going and he said “OK!” so I had to work very hard to come up with an overall story for the anime. I worked with the director and asst director to develop what the story would be and we didn’t actually finish the screenplay for the final episode until episode 7 was already on the air. 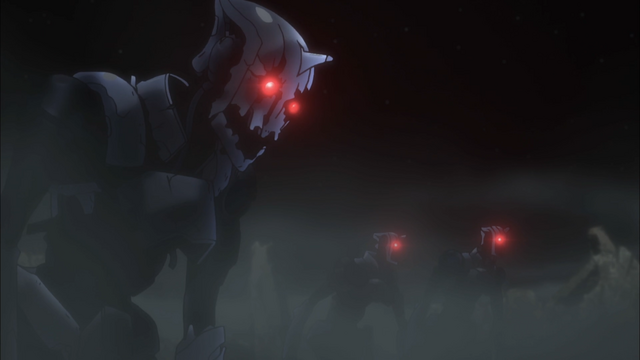 Do you think the conclusion the anime reached is anything like you might have come up with if left to your own devices?

ABe: [Laughs] I have no idea. It would definitely be pretty different if I continued my original process. Of course I wouldn’t know unless I tried but I’m pretty sure the ending would not be the same. It’s a long process to draw manga and, looking at those 16 pages, I doubt I would have reached the same conclusion.

By contrast, NeiA_7 seemed to have a strong concept from the beginning, looking at discrimination through the lens of this social order among aliens. Was this a theme you were intentionally trying to tackle?

ABe: [Laughs] Even if you ask me, I’m not quite sure why I did that. I wasn’t intending to make discrimination a central theme of that work. I had this idea that aliens would have ranks and I wanted the main character to be someone useless that everyone ignored and it all stemmed from there, it wasn’t something I was intentionally focusing on thematically.

Producers are a notoriously misunderstood role in the anime industry. Ogura-san, can you tell me a bit about your role in the project?

Ogura: For RErideD, Sato-san and ABe-san completed the original concept for the series which I took to the studio. I worked on the budget and turning the project into a viable business plan. On this project I got to do a lot. I was able to work on the staff side, the studio side, the business side, and try out a little bit of everything.

Did this being the first anime by GEEKTOYS affect your job?

Ogura: There wasn’t actually that much difference. Sato-san and his staff are all people who have been around the block. It wasn’t that different working with them here than any other company since they’ve all done this before. 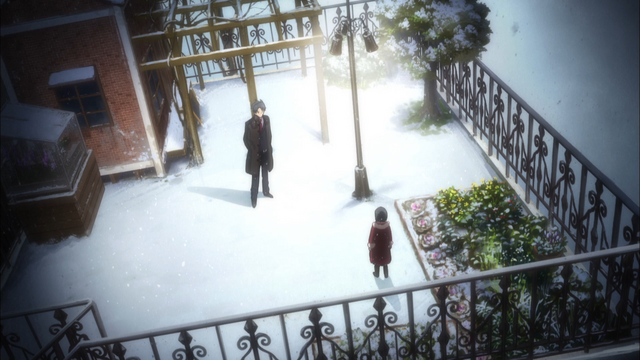 On that subject I wanted to know if the content of the anime you work on effects the mood of the studio. Was Texhnolyze very different from NeiA_7 because of the difference in the anime’s mood or is working on gag anime like KonoSuba and Nichijou different than any other show?

ABe: After Lain, Ueda-san said “that was such a dark show, so let’s do something bonkers with NieA_7” and that was definitely a general feeling in the studio.

Ogura: RErideD is definitely something new, working on something dark and gritty like this. Just that has been a new experience for me.

Can you each tell me what you think will attract audiences to RErideD?

ABe: Unfortunately, I can’t talk about my favorite part without spoiling things...

Ogura: Personally, what I really liked about the series, and what drew me to the project, is that it’s a serious show that isn’t an episodic story like many other anime I’ve worked on, but a serialized story where you need to watch all 12 episodes in order to understand it. That required a greater budget and it was a lot more work, but it’s more gratifying to tell a bigger story than a series of self-contained stories.

Right now, that a lot less common in Japan, the budget being a huge factor and it’s easier to engage audiences with self-contained episodes they can enjoy without having to have seen the rest of the series. Personally, I’m a fan of Ghost in the Shell, Fafnir in the Azure, and serious shows like that. It was much more challenging to pull this off, which may be why these kinds of shows are becoming less and less common, but I thought that it was really important to have a show where you have an anime you need to watch all of to understand.

That said, please watch this show all the way until the end! There’s definitely something good waiting for you at the very end!

ABe: At this point it’s also pretty different from The Door into Summer so yes, please watch it to the end.

Ogura: In regards to what I personally like about this series, it’s the suffering protagonist Derrida who is undergoing trials and tribulations. He does not have a strong capacity like that of Kirito from Sword Art Online, but he’s undergoing such a serious hardship that I have the feeling I want to watch over him and want him to succeed. That’s something I loved about Derrida. 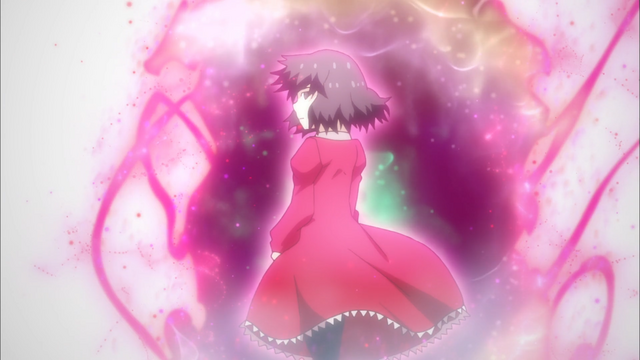 Any closing comments you’d like to leave with your fans?

ABe: This is my first anime in a long time. I’m really happy to announce it and I hope everyone enjoys it.

Ogura: I feel pretty much the same thing and please watch it until the end!