The 5 Most Loved and Hated Demons in Anime 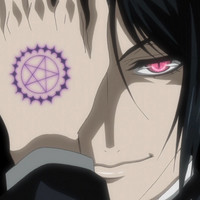 Welcome to Part 2 of our 5-Part Halloween-themed October series! Last week we checked the ranking for Undead and this time around we’ll be looking at Demons! Residents of hell with proud lineages extending back to… Lucifer, I guess? Fans of faustian deals and possessors of tremendous power from the potent evil running through their veins. These guys come in all shapes in sizes in anime and often aren’t quite as evil as you’d might expect. We’ll call a white sheep when we see it though, but we all know demons deceive. Whether or not they’re willing to make a deal, they’re usually after someone’s immortal soul and the more dastardly their plan, the better.

Love them or hate them, they’re usually willing to make a deal so maybe you should check your own prejudices. Our friends over at Anime-Planet spend day and night cataloguing these unique features and leaving it to the fans to vote on the best and worst demons in all of anime. A note before we begin, these are the result of popular votes that I can and will disagree with. Only your democratic will can determine who makes it on this list. With that out of the way, below are the 5 most loved and most hated demons in anime! 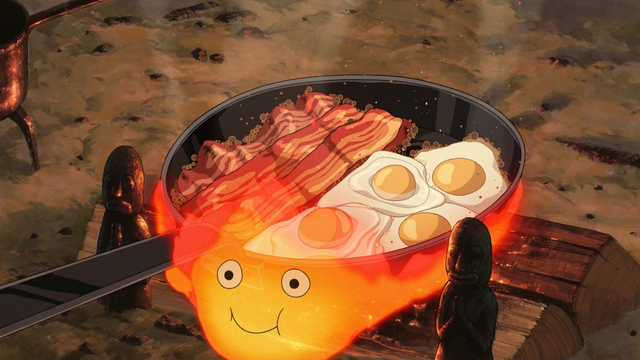 Surprised it’s taken this long to find a Ghibli character on a list. Maybe not the first thing that comes to your mind when you think of demon, he’s pretty charming for a creature made entirely of fire. His demon cred probably isn’t too great but as a friend and a… power source, I guess? He’s pretty great. Even burns your garbage. Too bad you can’t pet him. 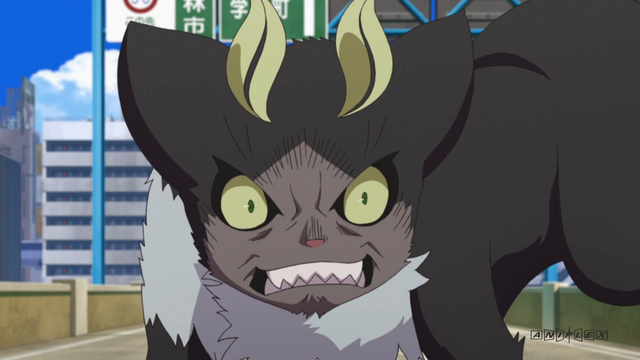 This category includes a surprising number of pets? Wasn’t a huge fan of Blue Exorcist but one of the subplots that really got me was poor little Kuro going mad with grief when his master died, eventually needing to get picked up by Rin and given a new purpose in life. A pretty straightforward lesson we are the product of our environments rather than the infernal power infusing our blood. Stronger demon look when he’s in battle mode but can also do both by being a cute cat. 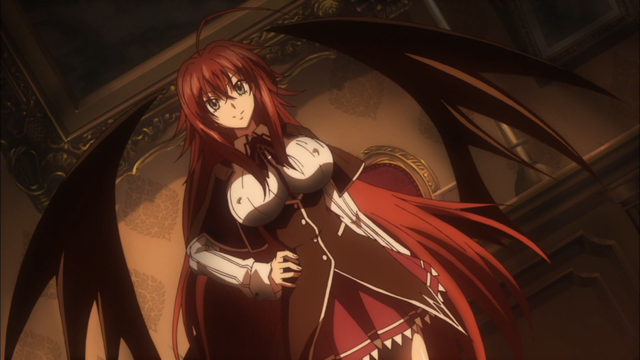 Oh man, you just had to make me write about High School DxD. Despite her demonic lineage, Rias doesn’t really strike me as the demon type. Her most notable trait being her compassion isn’t exactly evil, although I guess her protectiveness extending mostly to her servants is a little demon like. Having red hair really isn’t a standout feature in the anime, but she’s got some big damn magic that makes up for it. I feel like we’re on a good trajectory. 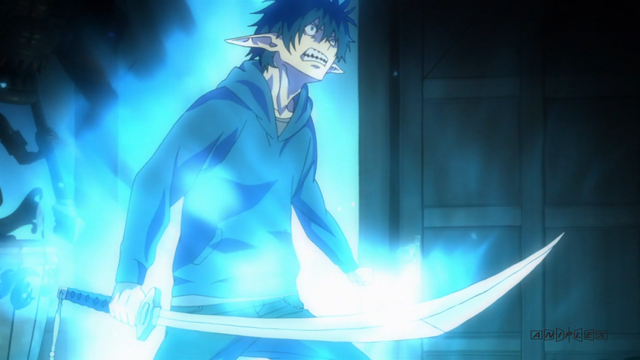 My opinion about Blue Exorcists stands, but Rin Okumura leans more into the demon aesthetic more than anyone so far, so long as his sword is drawn at least. He’s also the son of Satan, so he’s got the biggest demon name recognition on the list. Another goody two-shoes though, he just wants to be a normal boy and/or save people. Defeating your own dad strikes me as a pretty demonic activity though, so I’ll give him the benefit of the doubt. I’m just happy we finally got to a character with horns. 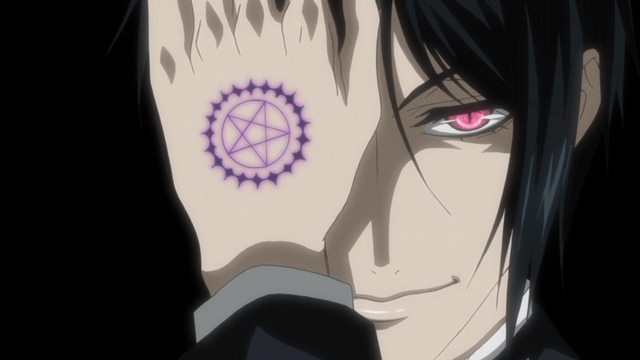 I’ll give Sebastian that he acts the part more than anyone else here, going so far as to participate in daily demonic activities like making a pact for a human soul. Definitely as extra as a demon should be, willing to artistically flaunt his power to harm others in new and creative ways. Basically he’s got a great attitude. I’ve heard he’s also hiding a demon form for tight spots, but he definitely has an aura even when in his butler form. Deserves the top spot for sure. 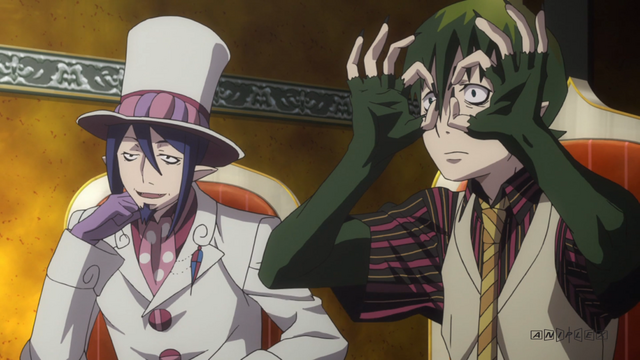 Annoying dude but an excellent demon. His look is pretty goofy but at least he’s got a lot of the trappings there. I guess in Blue Exorcists, the underworld is going through some awkward fashion trends. When he first appears he spends a lot of his time trying to get into fights with Rin, revealing Rin’s true nature to destroy his friendships and have a big damn demon battle. Even captures his girlfriend to that end, so some excellent work to make-up for his really bad outfit. 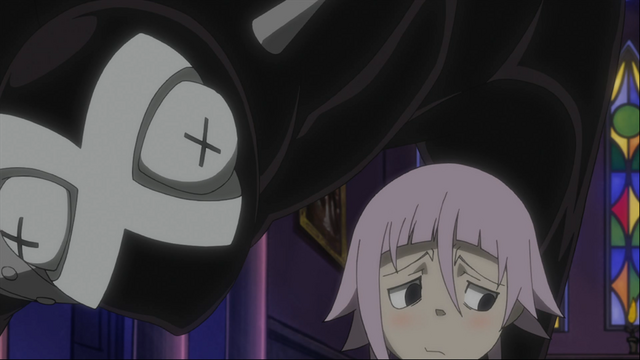 A sentient demon sword infused into the blood of its wielder? Now we’re talking. Ragnarok doesn’t even look human, so some major demon points there. Despite being in a literal blood pact with Crona, he definitely enjoys torturing his symbiotic partner. Noogies and bullying might not be so bad, but I’ll give Ragnarok that going too far would mean mutually assured destruction and a strong survival instinct is very demonic. A+ demon. 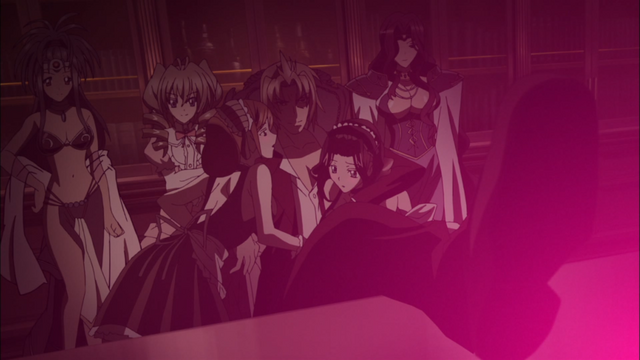 Back to DxD. Riser is just kind of a lameass whose evil proclivities are pretty indistinguishable from a shitty rich boy. I definitely see the hate for this dude. Third son to a proud demonic lineage and the only thing he can think to do with all his primeval might is “two girls at the same time.” Not gonna lie, those phoenix fire wings are pretty sweet but he’s neither ambitious or petty enough to really make for a good badguy. Also folded like a lawnchair. 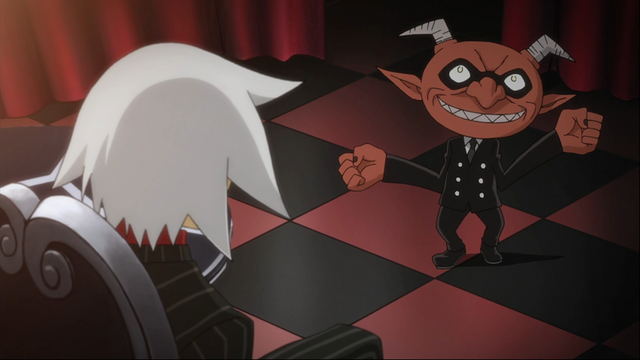 Here we go, this is the most demon looking one yet. Even better, this guy is a straight up reference to The Arm from one of the greatest TV shows of all time, Twin Peaks. I guess technically he’s supposed to be some kind of representation of Soul’s own evil urges coming from the black blood in his lineage, but… well that’s just awesome on its own. He’s got the look, the motivation, the method, and even his own cognitive space down pat. Easily the best demon on this list. 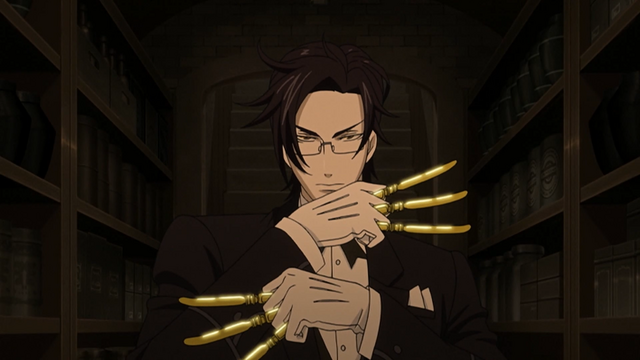 To be honest, and I know I’m gonna get corrected by some fans, but I can’t really see much difference between Sebastian and Claude. They’re both demons who want to eat Ciel but Claude doesn’t see any reason to wait. Since he’s got no contract with Ciel I can’t really think of any reason why he should. Essentially the big conflict between the two is over a meal? Which, very nice. Funny that he should end up on the hated side. Guess he just gets into less suggestive situations?

I should have known so many demons would look like perfectly normal Japanese high schoolers. Didn’t quite expect to see so many do-gooders up on the list or, at least, characters that are really awful at being bad. Was shocked not to see a certain Part-Timer up here or any characters from Yu Yu Hakusho. Pretty sure they’re mostly demons?

Didn't see your favorite devil on the list? Think you can come up with some more evil examples? Want to know where your favorite appears in the list of most popular demons? Head over to Anime-Planet’s list of demons to see where they rank, or comment below with your favorite! Tune in next week, for part 3 of our October series where we will be examining the most loved and hated werewolves!

The 5 Most Loved and Hated Immortals in Anime