The mystery of JoJo’s Bizarre Adventure: Golden Wind's ending has been answered--we’ll tell you why it’s a perfect match! 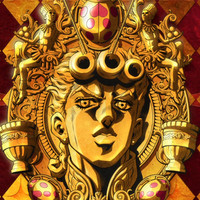 One of the favorite traditions of new JoJo’s Bizarre Adventure seasons is trying to discern what the ending song might be; traditionally borrowing from non-Japanese music or anime original themes, the ending songs of JoJo seasons are chosen seemingly to match the setting, time period, or themes of the anime they’re attached to. Songs such as "Roundabout" by Yes, "Walk Like an Egyptian" by The Bangles, "Last Train Home" by Pat Metheny Group and "I Want You" by Savage Garden have capped off each episode in a perfect way. But the question raged before Golden Wind started: What would it use for its ending song? What song would perfectly fit, what singer or band would be the best choice? With episode 2, we got our answer: Jodeci’s "Freek’N You!" While this choice may have caught many by surprise, we’ve got a list here that will help you see why Jodeci isn’t just a great choice, but the BEST choice possible, and what connections this legendary R&B group have with JoJo’s Bizarre Adventure! 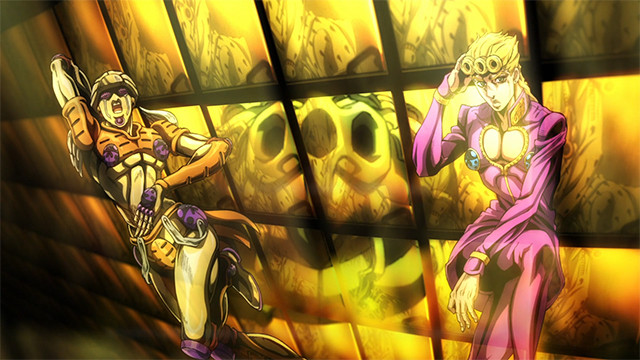 1. They both feature frontmen named JoJo

Ok, look, this one was a gimme. We’ll go into some other details more seriously below, but there was no way we’d pass up this particular similarity!

This may seem as flimsy as the first reason, but hear us out on this. Jodeci had by this time released 2 previous albums, and their musical sound and unique styles had a huge impact on the music scene that would evolve in the mid '90s and early 2000s. Hirohiko Araki is a consummate music fan, even having stated in an interview that he specifically listened to R&B and rap to get into the right headspace to create Golden Wind’s original manga. By the time he started Golden Wind, Jodeci’s influence on the music industry would be really hard to escape, and in particular the album that "Freek’N You" would come out on hit #2 on the Billboard charts for the year, meaning there’s a very good chance that Araki had heard of the group while doing his musical research and inspirations. For perhaps no other reason, though, the timing alone is perfect; the previous songs all correlate to the settings of their respective JoJo seasons, or to the years in which Araki created and worked on them, with Jodeci’s song being slightly older than Golden Wind by a few months. 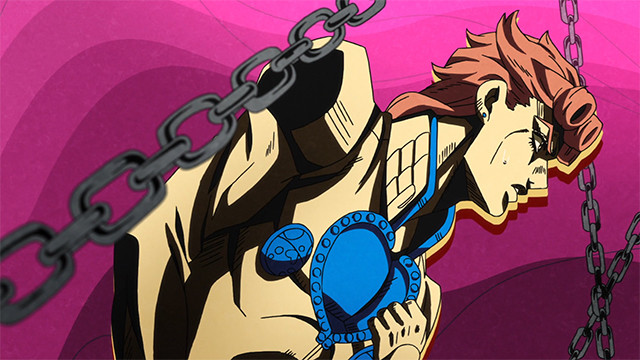 2. Jodeci and Araki are both hugely influential artists that impacted their respective mediums

If you were born in or after the year 1999, you might not know about Jodeci (but your parents might have…), yet the group was a hugely influential R&B group that changed the music scene with their work. It isn’t incorrect to attribute much of modern R&B and even types of rap to “Jodeci Style”, with artists like Usher, Drake, and J-Cole drawing inspiration and influence to the foursome. Much of this came from the way in which Jodeci blended gospel, rap/hip-hop, rock, and new jack swing into their beats and songs. It would be hard to imagine what the modern R&B music scene would look like without the influential work of Jodeci!

Similarly, it is hard to ignore the huge impact Hirohiko Araki has had on the manga and anime industry during his career and work on JoJo’s Bizarre Adventure. Numerous artists cite Araki as an inspiration and influence, and JoJo references and parodies pop up frequently in all sorts of anime and manga works; Araki’s unique blending of shonen action, stylish art, and unique layouts and blends of cultural references had a huge impact on the manga industry, and he continues to do so today! 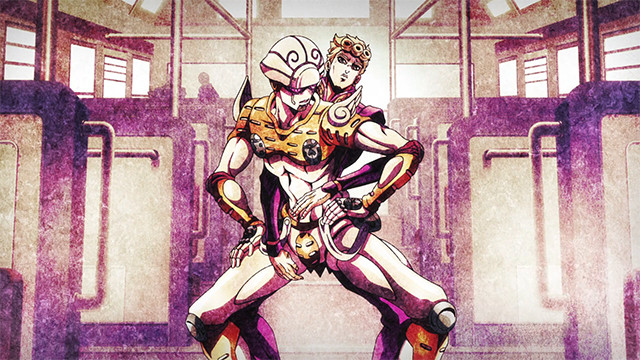 Golden Wind is undeniably a mob style story set in Italy, so there were quite a few other songs people had expected as the ending theme song that dealt with gangsters, but in reality those songs don’t quite match the tone and focus of Giorno’s unique dream of gang life. In episode 2 we learn that Giorno dreams of being a Gang-Star, a leader who protects and cares for the people around them in a slightly romanticized and somewhat crazy-sounding dream of the mafia. While Giorno’s motivations can be debated later, one thing is sure: Giorno’s vision of a “Gang-Star’s Paradise” has little in common with the other paradise-themed song people envisioned.

Instead, the sensual and sexual themes of R&B, pioneered by Jodeci, match the glamorous lifestyle that Giorno envisions. Music videos for Jodeci, K-Ci & JoJo, and other R&B groups from the era place heavy emphasis on a smoky, sexy vibe that comes from a life of potentially questionable activities in darkened rooms, stylish clothing, and the grim realities of drug- and violence-laden gang lifestyles, such as in K-Ci & JoJo’s "Crazy." 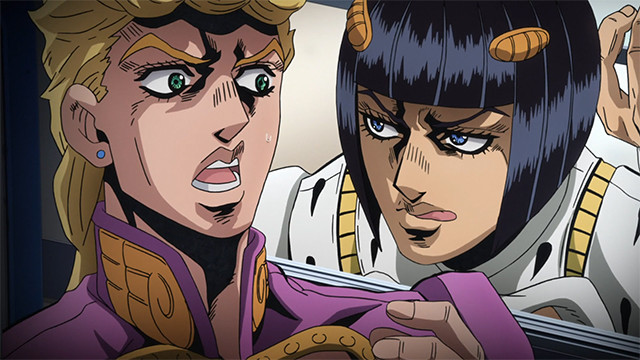 4. Both Jodeci and Golden Wind broke the mold from the norm

As we mentioned previously, Jodeci were so influential to the R&B scene that their unique style birthed “Jodeci Style” that gets referenced even today with numerous artists sampling from the group. The group focused on songs about love lost and won, combining their gospel backgrounds with modern music trends and unique styles that hadn’t been seen before in such a combination, which made their work wholly unique and different. "Freek’N You" was something of an oddball compared to the rest of the discography; it featured some more...direct...language and desires, and showed the evolution of the group and their unique tone. Tupac featured K-Ci & Jojo in two of his videos, Notorious B.I.G. sang the first verse of "Freek'N You" that can be seen in the video for "Nasty Girl," and numerous R&B singers from Ne-Yo to Trey Songz owe much of their careers to Jodeci’s influences. While the group Boyz II Men might be more instantly thought of when it comes to '90s R&B, it was the harder edge and styling of Jodeci that really shaped the way rap and R&B would evolve following the '90s!

Golden Wind, meanwhile, presented a real departure for the JoJo series in a way that none of the others had really done since the start. The first four JoJo parts focused exclusively on the Joestar family line, from Jonathan to Josuke, and featured numerous returning characters directly involved in the Joestar family line. Giorno, however, is DIO’s son, living in Italy and far away from the Joestar line--Giorno's not “directly” related to them. Similarly, as we’ve seen so far, the Stand powers of Golden Wind are so far quite outlandish compared to the somewhat simpler Stands of Stardust Crusaders and Diamond is Unbreakable, with Giorno himself being a much more slender and elegant protagonist compared to the beefy Jotaro or Joseph, and even seems slightly slimmer and less aggressive than Josuke. Although Stardust Crusaders brought Stands into the JoJo world for the first time, Golden Wind takes the most risks and changes to the direct formula of the series, much like Jodeci did to R&B! 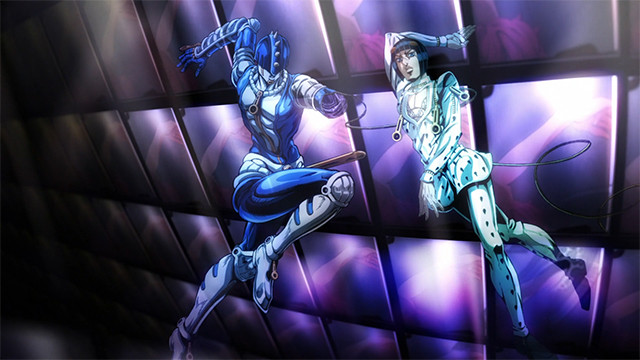 While the initial reaction might be that the song was an odd choice, we hope that our list has helped show you the reasons why Jodeci was not only a great choice to accompany Golden Wind, but why it was the most necessary choice. While other songs might have fit in some ways, Jodeci’s unique sounds seems the perfect mix for JoJo’s unique visuals and thematics, and it shows the breadth of Hirohiko Araki’s love of all types of music from various time periods! So next time you finish your JoJo Friday, turn the lights down low, light some candles, and let "Freek'N You" soothe your soul as you wait for the next episode!

What’s your thoughts on Jodeci x JoJo? What unique song would you have liked to see? Let us know in the comments!

JoJo Cosmetics Will Give You a Stand-Out Look