The Dramatic Power of a Great Anime Ending Song

Today on Why It Works, let's explore how a great ending song can truly elevate a great anime! 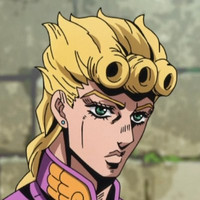 Hey all, and welcome back to Why It Works. With a new season of JoJo just arrived, I greatly enjoyed the anime community’s traditional game of “guess the ending song,” where we all wonder what unexpected track the producers will choose to bookend JoJo’s adventures.

JoJo's Bizarre Adventure has used a variety of unique English-language tracks for its various seasons, from the tongue-in-cheek narrative relevance of "Walk Like An Egyptian" to the oddly fitting "I Want You." All of these songs possess their own tonal strengths, and if they've got a common theme, it'd be something like "expect the unexpected." The show has jumped across eras and genres time and again through its formidable run, always finding new ways to compliment its bombastic action spectacles. But for me, none of the show's various endings have topped the strength of the original: Yes’s incomparable "Roundabout." 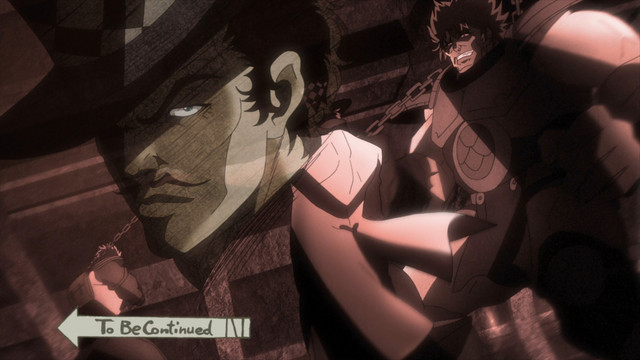 "Roundabout" is far from my favorite song, but when you’re picking a show’s ending theme, “favorite song” should never be your guide. Instead, your song should be chosen to either amplify or complement the dramatic energy of the show itself, and "Roundabout" managed that like few other endings. By laying the wandering intro guitar line over the last few seconds of the show itself, JoJo consistently built a sense of anticipation into its finales, an inherent sense of “it’s on now” that would always end on the simultaneous punchline of “To Be Continued” sliding on-screen and the drums landing for the first verse. Elevating moments like “Dio discovers the awful truth” and “Zeppeli takes the stage” through a perfectly fitting musical compliment, it’s no surprise to me that “Roundabout plus To Be Continued” became an online meme in its own right.

JoJo’s Bizarre Adventure isn’t the only show to recognize the power of a great ending song, or to compliment its drama by layering that ending song over the actual episode conclusions. Hunter x Hunter often pulls a similar trick, though it generally aims for a different tone. Both the propulsive guitar entrance of the show’s second ending and the pensive quasi-yodeling of its third ending convey not “menace,” but “anticipation.” They inherently invoke the sense of a great adventure waiting just ahead, counterbalancing the show’s often heavy tone with an optimistic call to action. They also ultimately create a sense of anticipation for what comes next, but in a much more emotionally upbeat way. 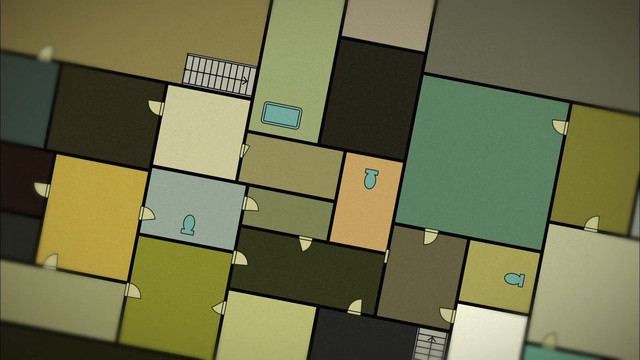 Your ending song doesn’t have to outright bleed into the show itself to add that sort of punchline, though. The first ending of Mawaru Penguindrum creates a similar sense of anticipation through its abrupt, immediate energy. As the show’s own narrative spirals into terrifying contradictions, each episode end is greeted with a chugging, fuzzy guitar riff leading into shoegaze oblivion, echoing the muddled confusion of the show’s own narrative. For another example of this abrupt transition punchline, try The Tatami Galaxy, whose combination of perpetually morphing visuals and menacing synth beats amplify the show’s own sense of danger and entrapment.

Other ending songs don’t necessarily amplify the prevailing tone of the show itself, but provide an interesting tonal counterpoint, leading you to see the events of the series itself in a new light. Stardust Crusaders’ second ending is a fine example of this, as the use of "Last Train Home" and the pensive accompanying images add a sense of melancholy reflection to a show that’s most often absurd and thrilling. Without altering the narrative of the show proper in any way, this ending compliments the show with the sense of this truly being the closing days of a long and formative journey. 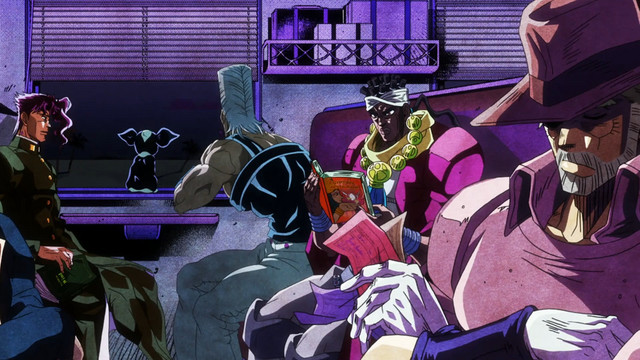 Black Lagoon’s first ending song combines this tone-altering effect with the bleed-in of "Roundabout." Instead of playing over the last seconds of the episode in order to raise tension, its somber melody frames all of the events of the show with a sense of mournful inevitability. In a show that’s largely about celebrating criminal excess and wild action spectacles, the ending song offers a persistent counterpoint that seems to say “at the end of the day, none of these characters can actually escape this life.” A point that is only raised in occasional asides during the actual narrative thus becomes a consistent counterpoint to the show’s normal tone through the choice of ending song.

Other ending songs seek to capture the essence of the show in miniature, like how Flip Flappers ending lullaby and the accompanying visuals underline the fairy tale nature of the narrative. And still other endings simply try to be ridiculous and entertaining phenomenons in their own right, like Haruhi’s venerable Hare Hare Yukai or the more recent Witch Activity. However a show’s team chooses to use its ending, they are making a meaningful choice that can genuinely amplify or reframe the drama of the show proper. I hope you’ve enjoyed this journey through the power of ending songs, and please let me know some of your own favorite endings in the comments!