Anime vs. Real Life – Zombie Land Saga’s Plot to Save Saga Is Ingenious

Check out the real-world locations of ZOMBIE LAND SAGA 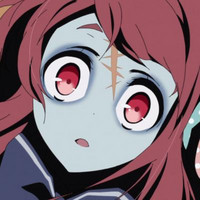 I expected ZOMBIE LAND SAGA to be a great many things. Maybe just another fun zombie comedy or perhaps an idol show turned dark, and in the end the anime has elements of both of that, but I would’ve never seen the ‘regional idol’ angle coming, even though it’s right there in its title. ZOMBIE LAND SAGA is the epic saga of seven zombies, trying to turn the Prefecture of Saga into the talk of the nation by performing as regional idols.

Regional idols are becoming a thing of the past in the show, meaning the competition has died out as well, so it’s the perfect time to revive the local idol phenomenon with the help of legendary performers from various time periods. At least that’s the ingenious plan of mysterious idol producer/make-up artist/necromancer(?) Kotaro Tatsumi. The idea of having the living dead of all things revitalize Saga is so hilariously absurd, that it might not only work in the anime, but may actually drive up interest in real life as well!

*Pictures I shot myself will be marked ‘WD’, unmarked images were taken with GOOGLE STREET VIEW

Regional or local idols are entertainers active in their local area, and are usually from the region themselves. However, in the case of Death Musume Green Face Franchouchou, the only one actually from Saga is the legendary Tae Yamada (or at least her voice actress is). Well, just as Kotaro said, Saga doesn’t sweat the details. And at the very least, the idol group’s member size should be evocative of the esteemed Seven Wise Men of Saga, each of whom made important contributions to the modernization of Saga and the whole nation during the 19th century. In one of the anime’s eyecatches, we get to see the statue of the late feudal lord Nabeshima Naomasa, one of these Seven Wise Men of Saga, and it looks like our seven zombie idols will try to follow in their footsteps.

The statue of Naomasa is right next to Saga Castle in Saga City, the prefecture’s identically named capital. The rap battle between Sakura and Saki took place right here.

And their head-banging, spine-breaking first live was at the Live House Geils near Saga Station.

But only revitalizing the city of Saga would be too small of a task for the undead idol group, as they plan to save the whole prefecture. So their third performance was in Karatsu, Saga’s second largest city, located in the north of the prefecture. And another very important location from the show is in Saga.

The zombie girls’ base of operations is not actually a haunted house, but rather the former Mitsubishi branch office in Karatsu, which handled the export of coal during the Meiji period. The building has since been turned into the Karatsu City Historical Folk Museum. However, the museum is currently closed to the public, so who knows what’s actually going on in there at the moment?

Karatsu Station might look familiar to a good number of people, as the station (and city) was heavily featured in a certain popular figure-skating anime--said anime was also the reason for my visit there last summer! Looks like the city has acquired a taste for anime tourism.

Sakura runs across the Chiyoda Bridge in Karatsu after regaining consciousness.

This is also where she meets Policeman A, who just has to be Saga’s top police officer, as he seems to be patrolling just about every city in the prefecture.

I was able to identify the location after spotting the silhouette of Karatsu Castle in the anime shot.

The Karatsu Castle grounds get a featured in the show’s ending a few times, and I still remember all of the stairs I had to climb to get up there (there would've also been an elevator). Unfortunately, I only snapped a picture from the wrong side. The castle is located atop a small hill above Karatsu Bay, and is also known as Dancing Crane Castle. It was built in 1608, but later torn down during the Meiji Restauration. The current castle was rebuilt in 1969, and hosts exhibitions on samurai armor and weapons.

Kotaro’s pet zombie poodle is sleeping in front of the little shop at the foot of Karatsu Castle.

This one shot from the ending took me quite some time to figure out, but it depicts the crane statue in front of Karatsu Station.

This little shopping arcade in Saga City was completely torn down last year and doesn’t actually exist any more. Looks like the animators were able to take a few reference photos right before it closed down, which probably helped them to nail the abandoned and creepy atmosphere of the location in the show.

As mentioned before, the zombie girls aim to revitalize the whole of Saga, and it looks like next episode will be set in Ureshino, a popular hot spring area in the prefecture.

While the undead girls of Franchouchou are touring through Saga in the anime, there are also various other promotions going on in real life, like some of the show’s voice actresses appearing at Saga’s 150th anniversary festival. The anime’s Japanese Twitter account is also hard at work, dropping some Saga facts or explaining the show’s eyecatches (did you know that Saga Prefecture is Japan’s third-largest producer of onions?). Thanks to ZOMBIE LAND SAGA’s efforts, I’m sure that the prefecture will soon be overrun by zombies tourists.

Who is best zombie? And what did you think of ZOMBIE LAND SAGA so far? Sound off in the comments below!