The 5 Most Loved and Hated Vampires in Anime 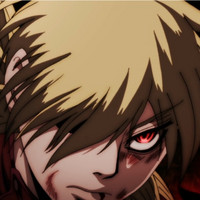 Welcome to Part 4 of our 5-Part Halloween-themed October series! Last week we checked the ranking for werewolves and this time around we’ll be looking at the oddly captivating hematophages who abhor a good tan. They range from cultured sophisticant to ravenous beasts, but it's usually safe to assume they have some kind of “I only look like a teenager” thing going on.

Love them or hate them, a garlic-rich diet will probably keep them off your neck. Our friends over at Anime-Planet spend day and night cataloguing these unique features and leaving it to the fans to vote on the best and worst vampires in all of anime. A note before we begin, these are the result of popular votes that I can and will disagree with. Only your democratic will can determine who makes it on this list. With that out of the way, below are the 5 most loved and most hated vampires in anime! 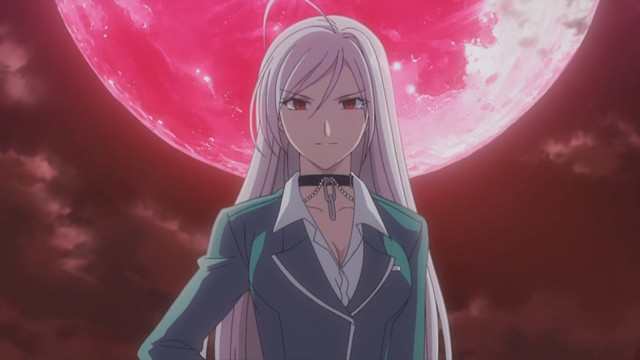 Moka is actually a pretty hardcore vampire, or would be if she hadn't been sealed away in what turned out to be a surprisingly messed up way. Slapping a sweet, passive high school girls personality into her body while the real her just hangs around in some sort of purgatory. Not quite sure why she cares whether or not the personality designed to supplant her own is happy, but the real one doesn’t mess around and killing other monsters to protect your favorite blood bag is some pretty high level vampire stuff. Creepy as soon as the cross comes off. Also have to respect anybody with a transformation sequence. 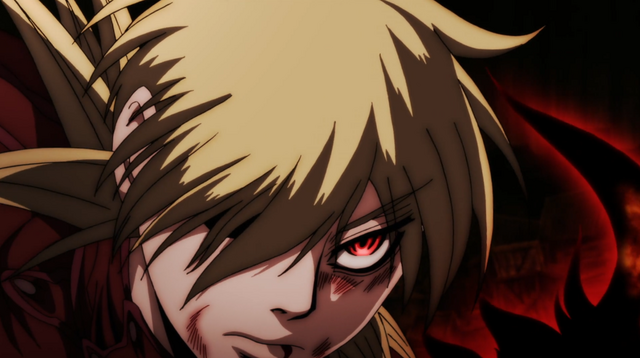 The most bright-eyed vampire I’ve ever seen. She took all her enthusiasm as a rookie police officer and poured it right into serving Alucard after she got her throat ripped out. Normally I wouldn’t say this makes for a very good vampire, but she learns to direct all that genki energy right into dismembering her enemies and smearing their body parts across several miles of hallway. Neat arm thing too. Kind of a coming of age for vampires. 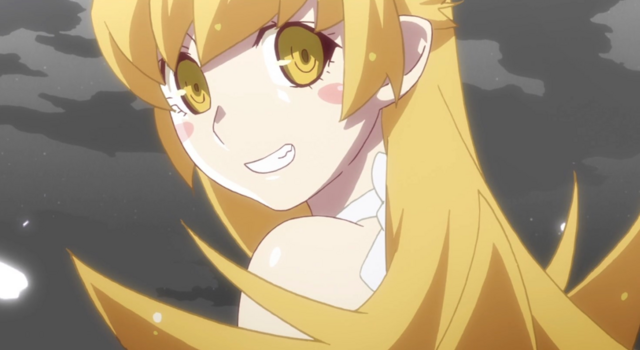 AKA “Kiss-Shot Acerola-Orion Heart-Under-Blade” she’s a vampire who is sometimes a voluptuous woman, sometimes a teenager, and sometimes a little girl hanging out in protag-kuns shadow based on plot events difficult to understand and difficult-er to explain. Definitely a badass vampire when the mood strikes causing some major wreckage and ripping out throats but, like the majority of the cast, she spends most of her timing sitting around in sterile, surreal environments trying to sort through her plus size emotional luggage, so it’s a mixed bag. 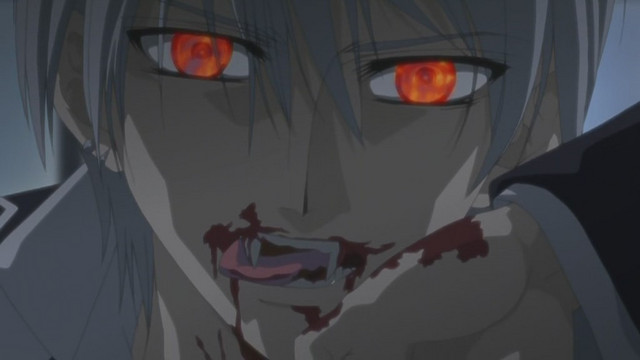 Surprised it took this long to hit Vampire Knight. Not really sure how I feel about tsundere vampires, although Veldora convinced me there is a certain charm in an immortal being that has trouble admitting they want friends but desperately needs them to make it through eternity. Still, he isn’t a very intimidating dude. Using a weapon forged in the heart’s blood of an ancient vampire is metal as hell though. Now all we need is a Seraph of the End character... 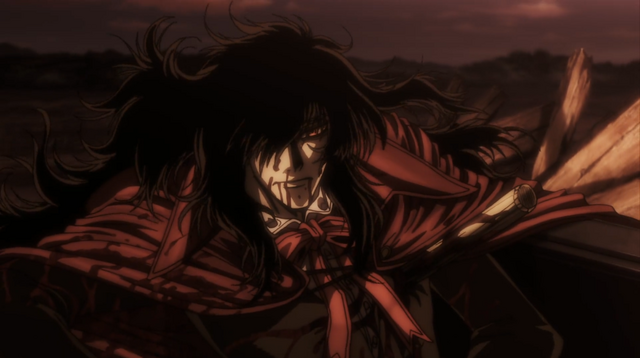 There could be no one else. When you’re 500 years old it probably gives you a lot of time to read all the old vampire literature about being one with the shadows and master of beasts. It also gives you a lot of time to cultivate your own personal style. Nobody else on the list has the raw nightmare power of Alucard and he still sets a high standard for creativity when it comes to dispatching other monsters of the night. 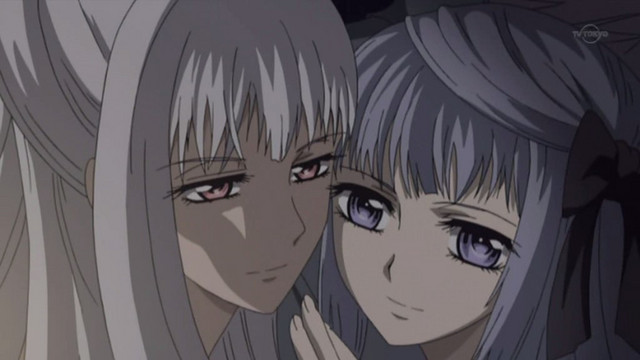 Shizuka is one messy vampire and I’m here for it. Although her background is some peak melodrama, she manages to turn her messed up past around by using it as fuel for some seriously next level personal drama only made possible by her vampiric power of possession. Jumping bodies to mess with other vampires over old grudges is just the kind of shenanigans I’d hope for in proper vampire society. It’s scary in its own way so she gets a pass. Also very hateable.

4. Ferid Bathory - Seraph of the End 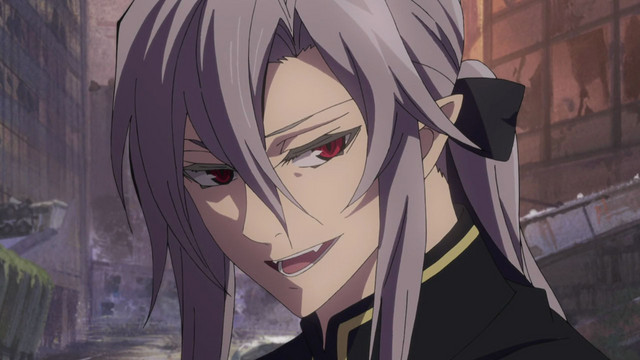 I knew it! Man, vampire stories are so difficult to boil down. Centuries old grudges and a propensity for becoming friends with one's food really leads to some complex grudges. Normally I’d label a guy like this a lameass but he’s so over-the-top evil with his affectations and his tremendously fashion forward hip boots, I just can’t hate him. He’s the bored type of immortal that tries to live vicariously through mortals expressions of terror, I guess. Scary in concept but pretty hard to take seriously. Definitely easy to dislike. 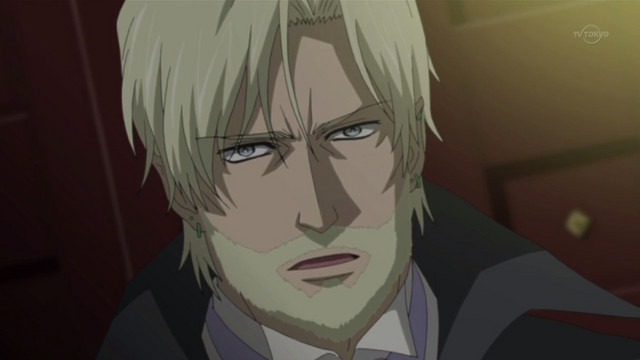 I lack the memory, and likely the article space, to make any sense of what Asato was doing in Vampire Knight. I’m literally not sure if I even understand it. Has a vampire dad thing going on, which is an awful aesthetic combo. Pretty sure he’s just a plot device? He’s also a vampire politician, so that’s two knocks against him. I’m gonna assume you all know what your doing on this one. 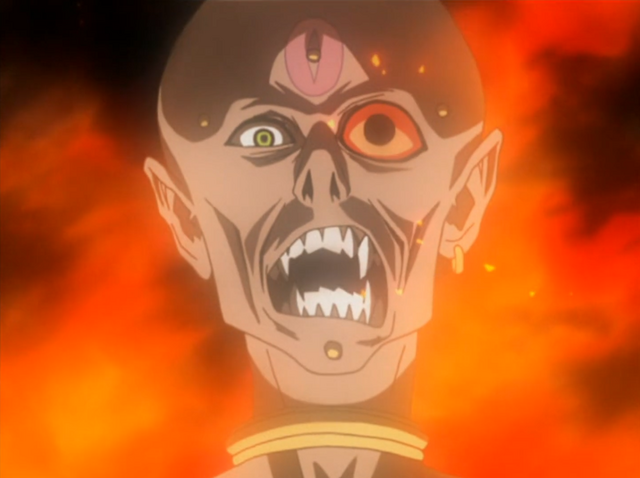 Pretty sure this guy is the first on the list that isn’t supposed to be conventionally attractive. Love the nosferatu body modder look he’s got going. Can always trust Hellsing to deliver the crazy horror, appreciate Incognito spending his twilight years experimenting on humans to make super monster vampires because, well, why not? At the end of the day, I suspect some of the hate might come from the fact that he isn’t The Major. 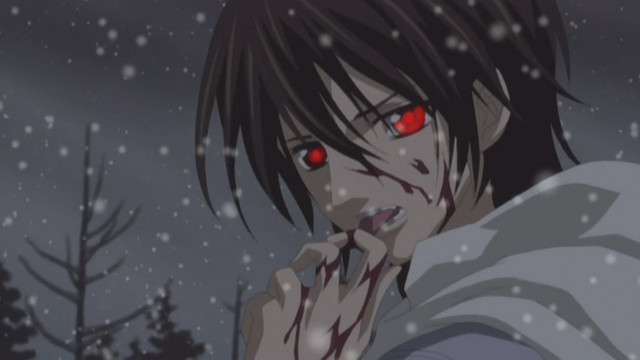 I never realized there were so many hateable characters in Vampire Knight. I’ve also come to realize several centuries of shenanigans are hard to summarize in a snappy paragraph. If I remember correctly this guy went into vampire sleep and was so tired when he woke up he regressed to a human child, growing up with Yuki and damning himself to the role of childhood friend that has no romantic propositions, which doesn’t stop him from being immensely stalkery. I’d put an immortal, blood drinking stalker high on the scary and hated list, so congratulations, Kaname.

That was a lot of Vampire Knight, everybody’s eyes glow red, vampires are way more caught up in melodrama than I remember, and I’m pretty shocked that Vampire Hunter D didn’t make the list. Those are my takeaways.

Have a favorite creepy neck licker that didn’t make the list? Want to know where your favorite appears in the list of most popular vampires? Head over to Anime-Planet’s list of vampires to see where they rank, or comment below with your favorite! Tune in next week, for the 5th and last part of our October series, where we will be examining the most loved and hated ghosts!

The 5 Most Loved and Hated Freckles in Anime