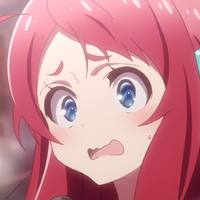 I don't usually watch idol anime, not because I have anything against the genre, it just doesn't interest me. Now let me talk about how my favorite new anime of the season is an idol anime. That's right, we're three episodes into Zombie Land Saga and I couldn't be enjoying it more. Zombie Land Saga is undoubtedly an idol show. There's a group of teenagers who dream of making it big as idols but have to learn to work together and performbut it mixes its more traditional idol elements with what I can only describe as controlled insanity. 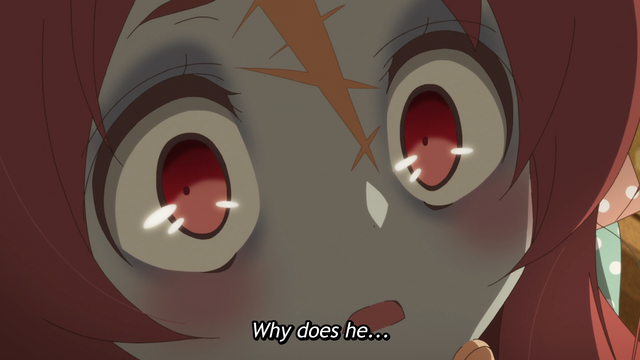 No explanation is given, and none is needed. Even as the show gets into the main plot, it interrupts explanations with goofy asides and non-sequiturs, all but shouting that this isn't going to be a typical story of a struggling idol group.

Of course, you can't talk about Zombie Land Saga without discussing one particular character: Kotaro Tatsumi. Kotaro, voiced by the wonderfully hammy, Mamoru Miyano, is so out there that he doesn't seem to live in the same reality as everyone else. 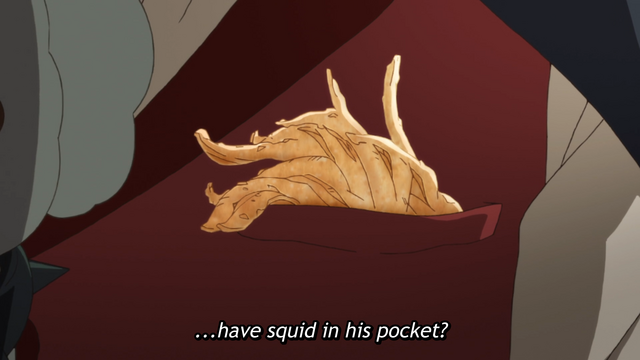 In his mind, forming a zombie idol group whose name changes every episode is a perfectly normal thing to do. So is having zombies with no explanation, sending an idol group to perform at a death metal venue when only one of them is even sentient, or giving a pep talk to a room full of mindless zombies.

Everything he says and does is completely normal and the people who don't get it are the ones being unreasonable. Kotaro's world is one completely divorced from reality, which perfectly encompasses Zombie Land Saga's insanity. Of course, the idol performances aren't any saner than Kotaro himself. 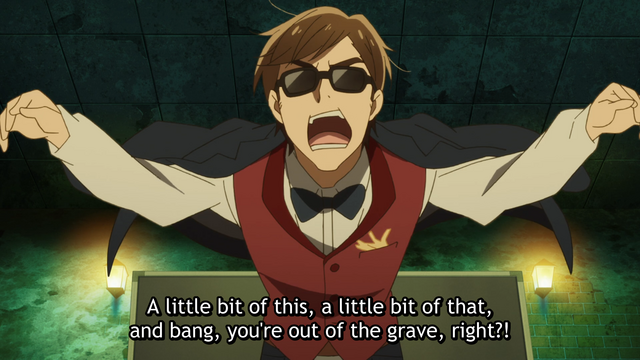 Though episode three has a more typical idol performance, the previous two are anything but. Episode one features the girls (most of whom haven't regained their minds) performing - a term I use very loosely here - at a death metal club. 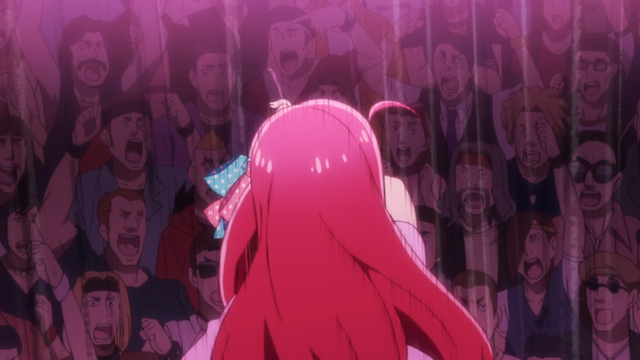 That goes about as well as you'd expect at first, but they win over the crowd by headbanging with their broken necks and screaming incoherently into the microphone. I don't know what it's satirizing harder, death metal fans or idols, but it's a brilliant start to a show that only gets crazier the further in you get.

Episode two theoretically has them in a better position, with all but one of the girls having regained their minds, but then goes completely insane. Sakura and Saki start arguing on stage after Tae's head breaks off, and then they start rapping. Yes, rapping. The others start to play along until it turns into two zombie idols engaging in a rap battle while Mamoru Miyano beatboxes, another zombie chews on a mic, and a geisha zombie sets a beat with a shamisen. 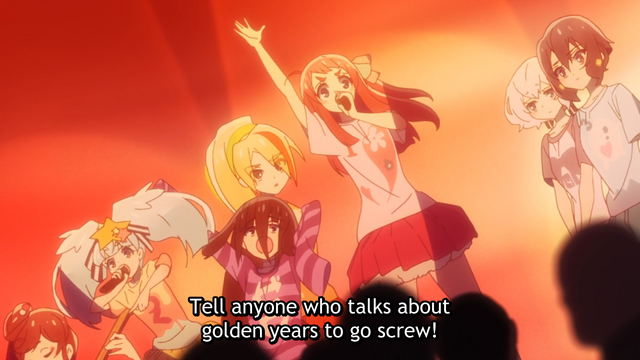 If that last sentence sounds like a Mad Lib, then you can only imagine how gloriously insane it is to experience. It's simultaneously hilarious and surreal in a way that you won't find in any other idol show. What makes it even better is that their elderly audience somehow buys the whole thing, completely missing the fact that all the girls are zombies.

Even within all this insanity, Zombie Land Saga still retains the core traits of an idol anime. Beyond being the voice of reason amidst all the insanity, Sakura's drive to be an idol and her genuine happiness after each performance makes her an instantly likable lead. Once they awaken, the rest of the girls only add to her charm as they go through the more typical struggles of being idols like learning routines and figuring out a name for their group. 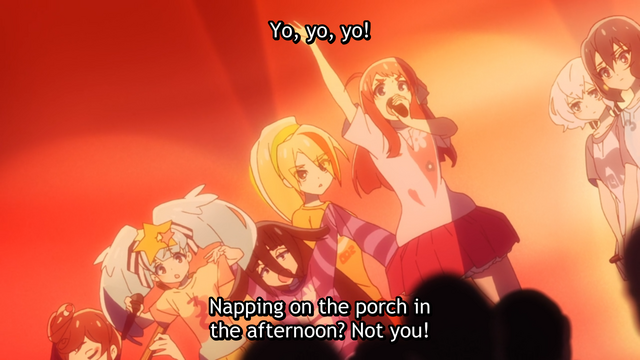 Their first real performance in episode three features a catchy song, well-choreographed dance moves, and some smooth animation to top things off. It's the kind of performance that wouldn't be out of place in more traditional idol shows like The [email protected] or Love Live, but fits in just as well with Zombie Land Saga. Even with all its crazy situations, Zombie Land Saga remains an idol anime at heart.

Though I'm not normally a fan of idol anime, Zombie Land Saga is the exception to that rule. Its particular brand of self-aware insanity hooked me from the start, while the cast's struggle to grow into proper idols provides enough grounding to keep it from completely going off the rails. I might not be an idol fan, but that doesn't mean anything when it comes to the glorious insanity that is Zombie Land Saga.

Have you been keeping up with Zombie Land Saga? If not, you can catch up here!

QUIZ: Which ZOMBIE LAND SAGA Performance Is Your Theme Song?