Anime vs. Real Life: Rascal Does Not Dream of Bunny Girl Senpai 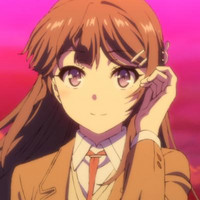 Rascal Does Not Dream of Bunny Girl Senpai is not necessarily an anime in need of great visuals and stunning backgrounds as the intriguing characters and the consequential character drama make up the core of the show, and yet it’s still one of the prettiest shows this season. Set in Fujisawa, Kanagawa Prefecture, which is home to the picturesque island of Enoshima, the anime has done a fantastic job portraying the area in which all of these supernatural cases of “puberty syndrome” keep occurring.

So much attention to detail went into the backgrounds of the show that I just had to head down there again on my recent trip to Japan, to see just how perfectly the anime captures its real-life setting. For this installment of Anime vs. Real Life, I’ll be focusing on the locations on and around Enoshima, most of which are from Sakuta’s and Tomoe’s date in episode six. A future installment will be all about the remaining locations, like their school, the playground, and much more.

Fujisawa is roughly an hour away by train from Tokyo, perfect for a day trip or a simple overnight stay. To get the most out of my Rascal Does Not Dream of Bunny Girl Senpai pilgrimage, I travelled to Fujisawa Station, where I switched to the iconic Enoshima Electric Railway (Enoden).

Enoden Fujisawa Station gets featured in the show quite often, since Sakuta and Mai have to get on here every day to get to school.

It’s also here where Sakuta meets up with Tomoe for their first date. The ad on the bench seems to be the same in real life and the anime, but the anime simply decided to blur it out.

It’s an eleven minutes ride from Fujisawa Station to Enoshima Station on the Enoden Line. For a full full Bunny Girl Senpai pilgrimage, I recommend getting the Enoden 1-Day Pass Ticket, which allows you to get on and off on the Enoden Line as much as you want in a single day for 600 Yen (roughly 5 USD).

This train crossing is right outside of Enoden Enoshima Station, from where it’s a short walk through Subana Street to the underpass (pic below) leading to Enoshima.

In the anime, Sakuta is already on his fourth loop and finally gets tired of their beach date, so he decides to head straight to Enoshima, instead of the beach to the left.

Enoshima is connected to the mainland by the 389 meter long Enoshima Benten Bridge, which has some great views of the island and Mt. Fuji on clear days. Unfortunately, there was some construction work going on along the whole bridge, and it seems like they’re even changing the floor pattern.

The picturesque island just off the coast is an extremely popular tourist destination, especially for couples, and has several shrine buildings, a large park, explorable caves, and its signature observation tower to offer.

A small bronze torii gate marks the entrance to Enoshima, from where it’s a pretty straightforward path to all the sights.

From there you get to head through a narrow, but bustling approach called Benzaiten Nakamise Street, which is lined with a bunch of souvenir shops and restaurants.

Along the street is also this quaint glass sculpture shop, called Hook, which Tomoe takes an interest in in the episode. Just about all the glass figures shown in the anime are also there in real life, even in the same position. Considering that these reference photos for anime get taken well in advance, these must not have sold all too well, but that’s just my very mean guess.

The outside of the shop has changed quite a bit however, with all the capsule toy vending machines (gachapon) now gone.

Past the bronze torii gate and the shopping street is this large vermillion torii gate with the impressive Zuishinmon gate behind it. The gate was modeled after the mythical Dragon Palace from the tale of Urashima Taro. It marks the entrance to Enoshima Shrine, which actually consists of three different shrines scattered across the island.

Right under the gate is this stone sculpture depicting the goddess Benzaiten and the dragon she subdued. According to legend, the area was once plagued by relentless storms caused by a five-headed dragon. To stop the suffering, the goddess Benzaiten touched the surface of the sea, thereby creating the island of Enoshima, where she set up residence. Having watched her arrival, the dragon immediately fell in love with her, but Benzaiten rejected his proposal, telling him she would only reconsider if he stopped his evildoings. So from that day onward, the dragon instead devoted his efforts to protecting the area and Enoshima. Maybe that was simply another case of puberty syndrome?

There are several escalators that bring you to the top for a fee, but Sakuta and Tomoe decided to head up the stairs instead. So in order not to miss anything, I, too, had to walk up all the stairs.

It’s honestly not too much of a hike, but just enough to complain about it like Tomoe did.

On top stands the Hetsunomiya Shrine, which enshrines Tagitsuhime-no-mikoto, another goddess of the sea.

The anime version had a much more reddish tone.

The shrine is popular for en-musubi (matchmaking), so the ema (wooden wishing plaques) are all heart-themed there.

Just like in the anime, people write their names and wishes on these wooden plaques and hang them up on the shrine’s sacred tree.

Continuing on the path will lead to this little observation deck.

The platform probably even has a nicer view in real life than it does in the anime.

And before I knew it, a couple positioned themselves in the exact same place as Sakuta and Tomoe did.

Luckily, there was no dramatic break-up scene like in the anime between the real couple.

In the opening of the anime we see Tomoe standing in front of the island’s lighthouse observation tower, called the Enoshima Sea Candle. The iconic 60 meter high lighthouse is located in a park on top of the island, and is visible in just about every shot of Enoshima.

Heading back down again, there was another scene on Benten Bridge that occurred in one of the earlier episodes.

Like I mentioned before, there was some construction work going on around the bridge, so it wasn’t possible to fully recreate every shot.

Mt. Fuji is visible from the bridge on a clear day, and I actually caught a few glimpses of the majestic mountain here and there, but not enough to capture on my camera.

The anime made it look like there’s a staircase in the middle of the bridge leading right down to the beach, but that one doesn’t actually exist, so I had to go all the way to end and circle back.

The lighthouse sticks out in just about every picture of Enoshima.

Heading back to the mainland, there’s the Enoshima Aquarium right next to the foot of the bridge.

Sakuta and Tomoe visit the aquarium during one of their dates, and even the anime’s key visual has Mai, dressed in her bunny girl outfit, standing in front of one of the aquarium’s tanks.

The aforementioned underpass also leads to the Katase Higashihama Beach, where Tomoe and Sakuta watched the sunset in episode six.

And that’s it for the Enoshima part of the Anime vs. Real Life coverage of Rascal Does Not Dream of Bunny Girl Senpai. Like mentioned at the beginning of this article, a future installment will feature all of the other locations from the show, like Sakuta’s high school, Mai’s favorite bakery, the playground where Tomoe and Sakuta kick each other’s butts, and much more. There will even be a lot more sunsets, so stay tuned!

And one more thing: There’s a soft drink commercial in the anime starring Mai, which actually exists in real life as well. It’s plastered on vending machines around the whole area, so of course I gave in and had to try one myself. Not that bad, actually.

Mai or Tomoe? Who has been your favorite so far? For next week, would you rather have another comparison article about Rascal Does Not Dream of Bunny Girl Senpai, or something else like Run with the Wind? Let me know in the comments!

Tags
anime vs real life, rascal does not dream of bunny girl senpai, seishun buta yaro, enoshima
« Previous Post
BAPE Hooks Up with Naruto and Boruto for Shirts and Other Items
Next Post »
An Artist Struggles in New Trailer for Never-Ending Man: Hayao Miyazaki
Other Top News
23 Comments
Sort by: