Black Clover is Actually About Noelle 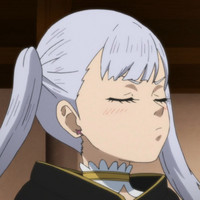 Ever since Noelle’s first mission I’ve been sitting on the idea for this article, gathering evidence to support my cause, and waiting for a special occasion. With each arc my vision became clearer, until the most recent event in Black Clover demanded that I strike while the iron was hot. The timing couldn’t have been better: what more appropriate day of the year than Noelle’s own birthday to put forth my argument that she--not Asta, not Yuno, not even Yami--is the true protagonist of Black Clover?

Don’t get me wrong, I love Asta. Tabata’s creation of a hero who is just as goofy as he is overpowered, along with his unique way of playing with shonen tropes, has made Black Clover one of the most approachable shonen series in years. You can start any debate off “Asta’s an idiot,” “Asta inspires me,” or “Asta’s badassta” and expect to receive a chorus of sagely nods from the community. There’s no attempt to minimize his goofs to maintain an edgy aura or debate power scales because he’s just as ridiculous as he is powerful as he is predictable. Once you realize the yelling is just one obnoxious piece of a very intentionally designed shonen archetype, you can appreciate what Tabata is trying to do and enjoy the ride. Believe it. 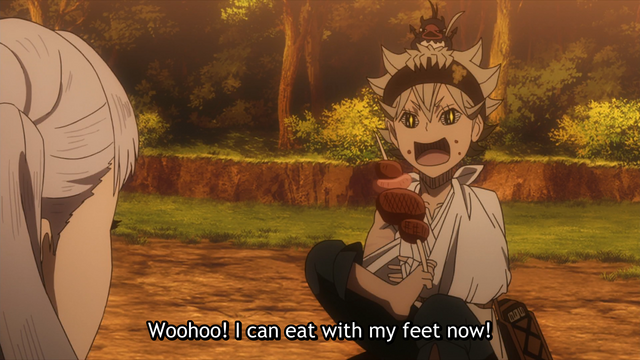 If you could boil shonen narratives down to a single feature, it might be "growth through hard work." There’s plenty of dream-chasing and enemy defeating in there, but ultimately each requires stubbornly struggling in the face of doubt. Unfortunately, Asta developed a permanent immunity to self-doubt in the second episode, making him a bad candidate as the main character. He will never give up, he will never doubt himself, he’ll always stand up to bullies, and even his power-ups aren’t so much the result of his training as intuitive jumps that occur in the middle of battle or new weapons that quite literally fall into his lap for no reason. As funny as he is and as great as his high points are, there isn’t any real struggle or triumph in these moments. 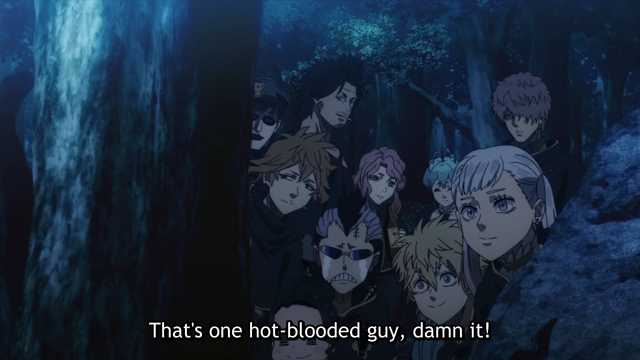 This is actually true for many of the Black Bulls, each confident in their abilities and comfortable with their place in the squad--save maybe for Finral getting talked down to by his kohai. They’re a wonderful, goofy ensemble cast, but they’re also static, only requiring the occasional reminder from Asta not to give up. If they need to become stronger or develop a new ability, Yami will yell at them to surpass their limits in the middle of battle and they will dutifully rise to his ridiculous demand with some sort of new technique. 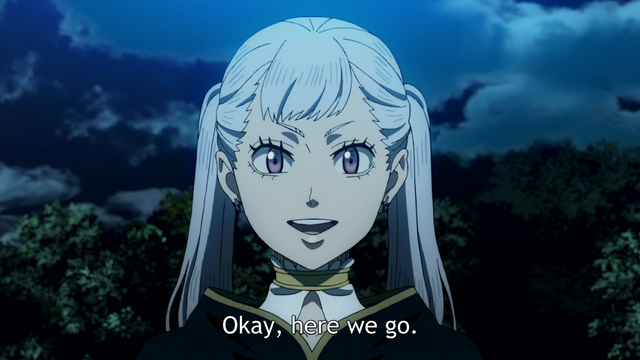 Then there’s Noelle. When she’s first introduced she occupies a space beneath even Asta in a world that values only magical ability. While she has magic, her control over it is so bad as to be useless. It turned out that the cause for her lack of control was the eternal enemy of every shonen hero: doubt. Having been told her entire life that she was unwanted and useless, she’d begun to believe it. Lacking confidence in herself and growing up as an outcast in her own home, her loneliness developed into a fear of harming others that always made her attacks veer off course at the last second. She was controlling her magic perfectly, but it was easier to believe that she was weak, rather than unconsciously redirecting her magic to save others pain. 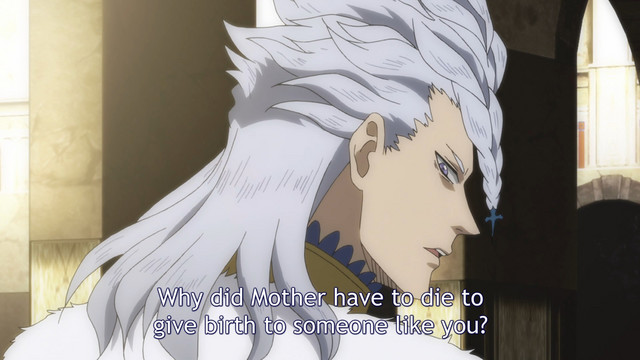 The usual incremental growth we expect of a shonen hero has been a regular feature for Noelle in each of Black Clover’s major arcs. Where her initial motivation was simply to save face in front of the others, she learned her first defensive spell to protect helpless villagers caught up in a battle. Noelle later learned to control her magic to get the Black Bulls to the water temple after discovering a genuine desire to help the squad who had become an unflagging source of confidence and support. Finally, when she was the only one left standing against Vetto and her friends' lives were on the line, Noelle was able to overcome her fear of hurting others and deliver her first attack to protect her friends, which was… very effective. 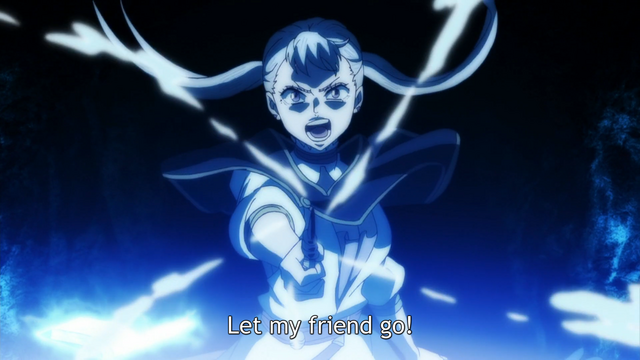 It’s taken a year in real time to reach this point, and following Noelle’s growth has been one of the most rewarding parts of watching Black Clover. In particular, her narrative of finding a new home in her squad has been the most fraught and gratifying. In a series with such a laser focus on the importance of friendship, Noelle escaping from the toxic environment in her household and discovering her drive to become more by living among individuals who would accept her just as was may be the most resonant with the spirit of the story. 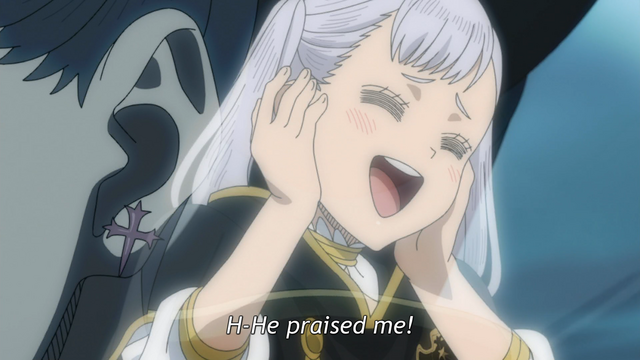 Either Asta or Yuno will become Wizard King--that much is just about set in stone. The pact of friendship between the two is an inexhaustible source of motivation that will drive them to whatever heights Black Clover may reach. With that predestined event already set, it’s up to the rest of the cast to provide more relatable struggles. Among the misfits of the Black Bulls, Noelle’s tale of discovering her own fuel to fight and dragging herself up from a helpless bystander to one of the most powerful members of the squad is the greatest gift the series has to offer.