You've Definitely Seen The "Akira Slide" Before, Even If You Don't Watch Anime 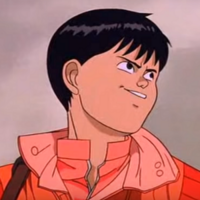 Even if you have never seen an anime film or series before, odds are you've watched something influenced by the art form. That's because the entertainment business is made up of film nerds that love to pay tribute to their fellow film nerds! This often results in iconic anime moments making their way into Western pop culture. Countless essays have been written examining the influence various anime has had on filmmakers like George Lucas, Quentin Tarantino, Guillermo del Toro and many more.

Comparison videos can be found all over YouTube depicting anime scenes side-by-side with their popular Hollywood counterparts, proving the art form's impressive impact on the entertainment world. But perhaps the moment most often alluded to just might be Koji Morimoto's motorcycle slide in the 1988 anime classic Akira. That would be this guy right here:

That’s Kaneda, the super radical bike gang leader who customizes motorcycles that nobody else can handle and rides through busy intersections paying no heed to traffic laws or lights. It’s during a very early scene in this 1988 film that Kaneda and his gang, the Capsules, squares off against a rival biker gang, the Clowns. Kaneda uses his now infamous electrifying, smoke-billowing slide to come to a full stop after winning a potentially dangerous game of chicken against Clown member Joker.

It’s a pretty cool moment, so it makes sense that so many Hollywood big-wigs would want to pay homage to it. So, so many. It’s such a pervasive scene there’s almost no chance you haven’t seen it or something like it before. Even non-anime fans are likely to have witnessed this unforgettable stunt at some point in their TV-watching history.

Or when everyone’s favorite ‘80s cartoon reimagined as everyone’s less favorite early 2000’s cartoon TMNT had Raph do the same, this time upping the ante with more electric sparks and plumes of smoke:

To be fair, Raph was already a ninja, so he should have been a natural at stunts like this.

The folks behind Adventure Time are such big fans of this iconic moment they’ve used not once but twice. Here’s Jake the Dog standing in for the motorcycle:

And Marceline unleashing her inner motorcycle gang leader in 2011’s Season 2 Episode 20 “Go With Me”:

Cartoon characters don’t obey the laws of physics, gravity, or traffic signals, so they can get away with using their motor vehicles (or dogs) in this fashion. All it takes is a talented artist to make these crazy stunt dreams come true. It would be much more difficult to pull off a reenactment of the Akira bike slide with real people, right? Wrong, actually! It’s not just cartoons that have incorporated this epic trick into their fight scenes: live-action films have paid homage to this memorable moment, too.

In 2009’s X-Men Origins: Wolverine, Hugh Jackman’s Wolvie uses his adamantium claws to control a speedy turn of his motorcycle while fighting a helicopter from the ground. Like you do. Observe:

This is only a very short sampling of the many, many times pop culture emulated this scene, with a focus on its impact on Western media. The truth is, the Akira bike slide is an incredibly important contribution to the anime community and pop culture in general, making its way into various films and TV shows all around the world.

What are some of your favorite Akira slide homages? Let us know which ones we missed and make sure to check out our next installment where we’ll break down anime moments in Western sci-fi!