Check out the real-world locations of Chihayafuru 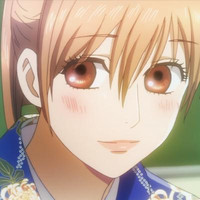 It’s been quite a wait, but with the third season of Chihayafuru finally airing next April, we will once again be able to follow Chihaya on her path to becoming the best female karuta player in Japan, and by extension, the whole world.

In order to do so, Chihaya will have to play her way to the iconic Omi Jingu Shrine–the grandest stage of the sport, simply put the Wembley Stadium, or the Madison Square Garden of the competitive karuta world–where all matches for the Queen and Meijin title are being held. The charming shrine has already been the venue for the majority of the first two season’s most pivotal moments, and will also be the setting for the inevitable grand finale between Chihaya and the current Queen, Shinobu.

Chihayafuru has not only boosted the profile of competitive karuta in Japan and overseas, but also turned the relatively tucked-away shrine in Shiga Prefecture into a must-see location for fans of the series. And thanks to the kind help of the Japan External Trade Organization (JETRO) I had the opportunity to visit a real-life karuta tournament at said shrine myself, as well as have a little chat with the anime’s famed director, Morio Asaka, back at studio Madhouse.

Chihayafuru’s most important location is in Otsu in Shiga Prefecture, home to Lake Biwa, Japan’s largest lake. Shiga Prefecture is right next to Kyoto, and Otsu City itself is only a mere ten-minute train ride away from Japan’s old capital, making it very easy to reach. Numerous shrines and temples are situated around the southern end of Lake Biwa, one of them being the destination of desire for every competitive karuta player, the aforementioned Omi Jingu Shrine. Located at the foot of Mt. Usa, overlooking the lake, towers the shrines vermilion Tower Gate (Romon); a view every watcher of the show will know all too well, as its been in every opening and many other scenes of the show.

Constructed in 1940, the Omi Jingu Shrine venerates Emperor Tenji, the 38th emperor of Japan, who during his reign (from 661 through 672) even made Otsu the country’s capital for five years, from 667 to 672. Emperor Tenji is also the reason why the shrine got chosen as the venue for the sport’s most prestigious events, as his poem is the first in the Hyakunin Isshu, a classical Japanese poetry anthology including 100 poems by different authors, compiled over 700 years ago by the poet Fujiwara no Teika. These select 100 poems are the ones printed on the karuta cards. Chihaya and her team, as well as the Queen Shinobu, always pay their respects and pray for good fortune at the shrine first, before heading off to their matches, and I’ve seen many people in real life do just the same.

Located among the shrine's ground is the Omi Learning Center (Omi Kangakukan), which is where all Meijin-level matches, Queen-level matches, the National High School Karuta Championship (as seen in season one and two), as well as other tournaments take place.

The Learning Center is open to the public and even the interior looks just like it does in the anime. Inside you can learn about karuta, try a few practice swings on a tatami mat, even buy Chihayafuru merchandise, or like myself, get yourself an actual karuta set. But be aware, on match days, utmost silence is required during the time the cards get read. Bystanders were even instructed to try not to breathe while the poems are being read, as every syllable counts for these players.

The fabled Uruyasu Room on the second floor of the Omi Learning Center is the grandest stage a karuta player can reach, in both real life and anime. This is the room where Chihaya and her team managed to crown themselves National High School Champions, and this is also the room where Chihaya will one day have to claim the Queen title.

Karuta is a traditional Japanese card game, usually played one-on-one on a tatami mat, in which you have to memorize 100 different poems from the before mentioned Hyakunin Isshu poetry anthology. The specific style of poetry is called waka, and each poem consists of 31 syllables in a 5-7-5-7-7 pattern, wherein the first three lines are called opening lines, and the reaming two closing lines. In total, a karuta set consist out of 200 cards, 100 reading cards, and 100 playing cards. The reading cards (yomifuda) each contain a picture and one of the opening lines of a poem, whereas the playing cards (torifuda) only contain the “closing lines” of a poem. So to find the corresponding card, you actually have to know all these poems by heart.

The reader gets all 100 reading cards; however, only 50 playing cards are used in a match (the remaining 50 cards are out of play, but might still get read by the reader). Each player takes 25 playing cards and arranges them in three rows in their own territory, in any order they like. They are then given a fifteen-minute memorization period, after which the game finally starts. The reader will then recite only the opening lines of a random poem, for which the players will have to find and touch the playing card with the corresponding closing lines as quickly as possible. Taking a card in your own territory reduces your card count, whereas taking a card in your opponent’s territory allows you to transfer one of your own cards to them. The player with no cards remaining on his own territory wins the game–at least, that’s the gist of it.

I’d like to say that seeing karuta played live is a completely different experience compared to the anime, but to be honest, it’s not. I was always a bit under the impression that the anime tends to over exaggerate the intensity of the game, but when I finally got to see the real deal, I was simply amazed by how perfectly the show actually managed to capture and depict this niche sport. The moment the reader starts to raise his or her voice, the whole room turns dead-silent, immediately followed by a barrage of hands loudly slapping the floor in almost perfect synchrony. Countless cards fly through the room and the winning players all instantly jump up to collect them, only to start rearranging the other knocked over cards again. These players really do move after only hearing the first or second syllable of a poem, which was highly impressive. Teams actually wear matching uniforms, and just like in the anime, they all try to encourage each other after each round, and try to see how well their teammates are doing. Chihayafuru seems to have made a big impact on many players there, as dozens of them were wearing anime t-shirts, or were carrying around Chihayafuru-themed towels, keychains, or good luck charms.

Otsu’s mayor, Naomi Koshi, also confirmed that the city has seen a significant rise in tourists thanks to Chihayafuru, especially due to recent star-studded live-action movies, and is now looking forward to the start of the third anime season. However, the city’s official mascot, Hikaru-kun, who also had several appearances in the anime, could fare a little better. The city’s karuta-loving mascot only managed to secure the 316th place of the nationwide mascot character popularity contest (out of 681). Seems like Chihaya and Hikaru-kun both still have a long way to go.

Otsu City and the Omi Jingu Shrine have both been working closely with studio Madhouse, providing locations, as well as collaborating on promotional material. You’ll see Chihayafuru plastered around everywhere in the city, and there even is a themed taxi driving around.

You’ll see a lot of shrine visitors walking around in a hakama, the traditional clothing used at high-level karuta matches, as there is also a large rental shop on the shrine grounds. I also tried one on to really get the full Chihayafuru experience, and while it did look incredible, it was a bit hard to move around in (as well as a bit windy down below). So even though it was a shame, I now fully understand why Chihaya’s Mizusawa High School team ditched the hakama for regular sportswear in the second season.

Omi Jingu Shrine, Omi Learning Center, and so on. Many places and products in the area contain the word Omi, e.g. the renowned Omi beef, because Omi was the old name of Shiga Prefecture. 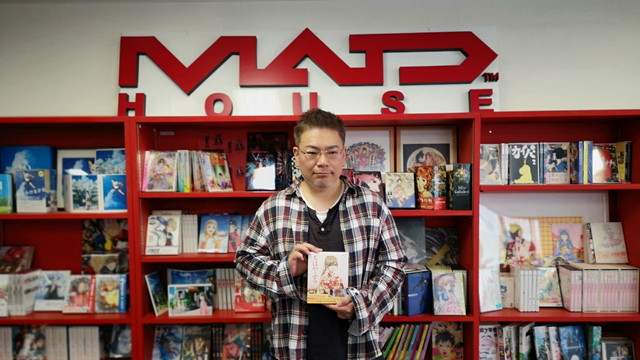 Director Morio Asaka, who is once again returning to helm the project, has been to most of the locations himself, taking reference photos with the angles he wants to use in the anime, and to simply get a feel for the places. And locations he doesn’t have time to visit himself, he simply checks out on Google Street View like everyone else does. His depiction of the area has been received very positively by the locals, making him want to keep anime tourism more in mind for his projects. However, he also underlined that even though it’s been more than five years since the last season of Chihayafuru aired, he’s going to change as little as possible to the show’s formula, and wants to stay true to the anime’s style. But he did hint at Chihaya having significantly less screen time this time around, as a good chunk of the season will focus more on her mentor, Hideo Harada.

To top off this article, I’ll leave you with plenty more comparison shots from Otsu and the Omi Jingu Shrine to scroll through down below. Try to keep an eye out for all the Chihayafuru cardboard cutouts located in the Omi Learning center as well!

It’s been quite a while since the last season of Chihayafuru aired back in 2013, and the traditional inn Chihaya always stayed at during the tournament is no more. It's now been turned into a large apartment complex.

In Front of the Omi Learning Center:

Inside of the Omi Learning Center (First Floor):

Inside of the Omi Learning Center (Second Floor):

And as a final tidbit, the title Chihayafuru is the first sentence of the anthology’s 17th poem, which reads: "Even in the age of impassioned gods, I have never heard that the Tatsuta River dyed its water in autumn red."

If you have yet to watch this fantastic show, or simply want to refresh your memory in time for the third season, you can watch Chihayafuru right here on crunchyroll!

And in case you ever want to visit the the Omi Jingu Shrine in Otsu yourself, here’s my map with all of the show’s locations so far (I will be taking a look at the anime’s many Tokyo locations in a future installment).

And now for the real question: Are you rooting for Taichi or Arata? Let us know in the comments!