Why ZOMBIE LAND SAGA is Taking Over the WORLD

As the season of ZOMBIE LAND SAGA draws to a close, let’s take a look at the connection between Saga and Franchouchou! 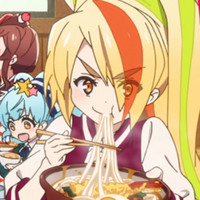 It’s easy to see zombies and immediately think of death, decay, disease, and rot. The shambling, unquiet dead are a common trope of horror stories meant to make our blood run cold with the fears of rampant, mindless masses of humanity, diseases run out of control, and many stories also explore the senseless violence and cruelty of humans against other humans. But what if there was a different way of thinking about zombies? What if, instead, they were looked at as a way of rejuvenating, reliving, getting a second chance not just at your own life, but in making a difference in the lives of others? ZOMBIE LAND SAGA presents an interesting twist on the idea of what zombies are and what they do; each of the girls died tragic, somewhat brutal deaths, victims of circumstances out of their control or beyond their means. In Franchouchou, they’ve begun to relive their lives over, getting the chance to not necessarily right the wrongs of their deaths, but to live again and do the things they weren’t able to do before. 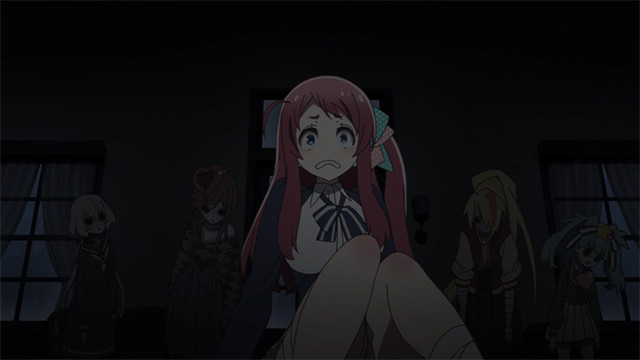 The real question, though, is who needs the revival more: the girls of Franchouchou, or Saga itself? Saga is a small, somewhat obscure city to most non-Japanese, and even within Japan itself, the city of Saga is quite small. It’s population is estimated to be around 234,000, which is dwarfed even by it’s neighbor Fukuoka, whose population exceeds 1.5 million, without even needing to compare Saga to other larger cities like Tokyo (18.5 million). As we learned in another article, however, Saga is quite relevant in the production of goods and has its own unique cultural celebrations like the balloon festival, but the city itself seems small, and if ZOMBIE LAND SAGA is to be believed, aging rapidly. The aging population and declining birthrate of Japan are a national problem, but small cities like Saga are likely feeling the crunch even more, losing out on their ability to revitalize their economy and population, or even attract newer residents to move to their city. In the real world, Saga isn’t alone in anime helping inspire interest and even potential growth; shows like You Don't Know Gunma Yet have used anime to attract new eyes and inspire feelings of pride in one’s local area of upbringing. But how does that real life idea of anime helping local cities tie into the messages of ZOMBIE LAND SAGA and the girls of Franchouchou? 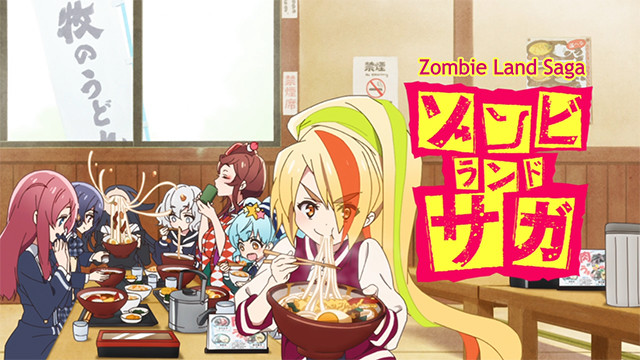 At first, it was hard to really know what ZOMBIE LAND SAGA was actually about. The show had no real intention of leaking its plot, and all of the promotional materials were vague; we didn’t even know the voice actress for Tae until several episodes in! But as the series peeled back more and more layers, it became apparent that ZOMBIE LAND SAGA is a show about a group of girls, revived from their unfortunate deaths, given a second chance while also working as idols. In general, idol anime usually focus on the group dynamics, showing how the girls come together, bond, and develop their unique sound to attract fans and be successful. These stories are also usually accompanied with coming of age tales, overcoming one’s fears, and learning to work together for the benefit of the group. ZOMBIE LAND SAGA turns that a bit on its head by shoving the girls of Franchouchou together by gruesome twists of fate, making them hit the ground running and claw their way to notoriety without losing their heads, literally and figuratively! But Kotaro seems to have other plans for the girls, as many of his plans involve helping the town of Saga almost as much as he seems interested in helping the girls, however indirect and aloof he may appear. Whatever his secrets are, Kotaro seems invested in the revitalization of Saga, using the revitalized girls of Franchouchou!

While there may be some ethical questions concerning the labor of zombies, the girls of Franchouchou, particularly Sakura, have shown an interest in their effect on Saga; her early rap in episode 2 targets the older population, and numerous times in the show they have focused on the fact that the elderly population need encouragement to feel wanted and participatory. The girls have also encountered children and younger adults, such as the little girl dancing along to their guerilla live, and the two metal head fans that have followed them since the beginning have felt touched by their presence and music. The girls of Franchouchou are breathing new life into Saga as their second lives flow through them; even Drive-In Tori (a real place, by the way!) found a new lease on life through the actions of the Franchouchou girls. Each successive episode has interesting little segments that detail how the girl’s actions have changed the city in some way; after the Drive-In Tori episode, the commercial is seen on other tv broadcasts in the show, and the restaurant gets mentioned by other characters, for example. Saga’s future is tied to the un-life of the girls, meaning that the city is relying on their renewed vigor and passion to guide them forward to a new age and relevance. Even the future of Saga’s gal-led motorcycle gang needs some help from Franchouchou to find out what really matter! 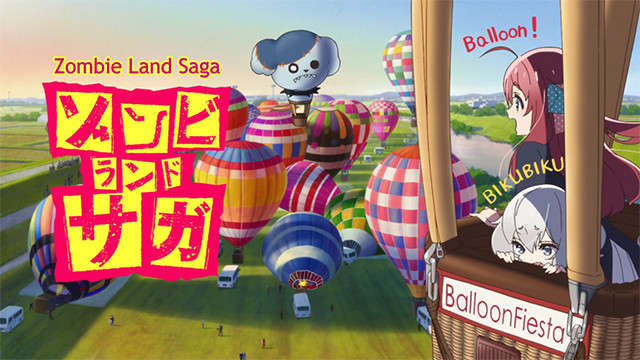 The fate of Saga and the girls of Franchouchou is linked in a way that’s not just relatable, but easily understandable. Many of us grew up in or live in places that were “once great,” “never great,” or “getting by”. Saga’s unique problems of Japanese birth rates, aging population, and remote locale doesn’t mean that this fate is wholly unique, meaning that the idea of a town looking for a guiding light forward is something we can easily understand as an audience. The girls of Franchouchou, too, are looking for something to guide themselves forward, having lost much of what they used to know or have, and given a new lease on life, has allowed them to band together in pursuit of something perhaps bigger than all of them combined. As each girl finds who she is and how this new life has gifted her with closure or validation, they are able to channel that energy and passion back into Saga, which grows with each performance and appearance; the Saga music festival saw the girls start to make real waves, and it helped energize the crowd as much as it energized the girls (literally!). 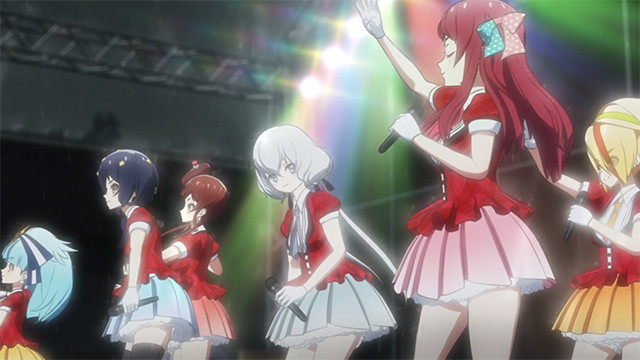 As the season draws to a close, we’ll soon have to say goodbye to the ZOMBIE LAND SAGA girls and the magic of Franchouchou. As we await the secrets of Sakura’s life, we also wait to see what the city of Saga will look like after the credits roll. While nothing apocalyptic is likely to happen (although, never rule this show out of anything!), it will be interesting to see if the girls and Kotaro have managed their goal of reaching the hearts and minds of Saga, helping to bring the city back to life the same way they found new life. Anything can happen, but no matter what the core idea of ZOMBIE LAND SAGA isn’t the horror of undeath, but the magic of being given a new life, and the ability to make the most of it, and that goes for both the city and the girls.

How do you feel about ZOMBIE LAND SAGA so far? What do you think the connection between the girls and Saga means? Let us know in the comments!