The latest episode crossed one of shonen's greatest thresholds 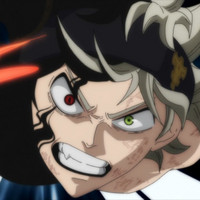 Ever since it got its start last year, the Black Clover anime has been amassing a fanbase in the West to meet the popularity of the manga. Over the last 62 episodes it’s hit many milestones of your typical shonen series. We’ve met a growing cast of likeable heroes, been introduced to the villain and his imposing subordinates, witnessed the atmospheric ceiling of power in the Yami and Licht fight, and seen the story develop of a powerful identity around its core concepts of fortitude and friendship among its cast of societal misfits. With the 63rd episode, however, we’ve finally crossed over the final threshold that cements Black Clover’s place among the upper echelons of shonen:

Power-ups are a unique touchstone in anime that can extend into the cultural context of the show itself. Ask someone on the street to pretend they’re going Super Saiyan, and odds are good they’ll ball their fists and start yelling, even if they’re not into anime. Anyone who doesn’t is probably just too embarrassed to do that in public at the request of a complete stranger. Everyone remembers their first time seeing a power-up from Super Saiyan to Sage Mode to 2nd Gear. 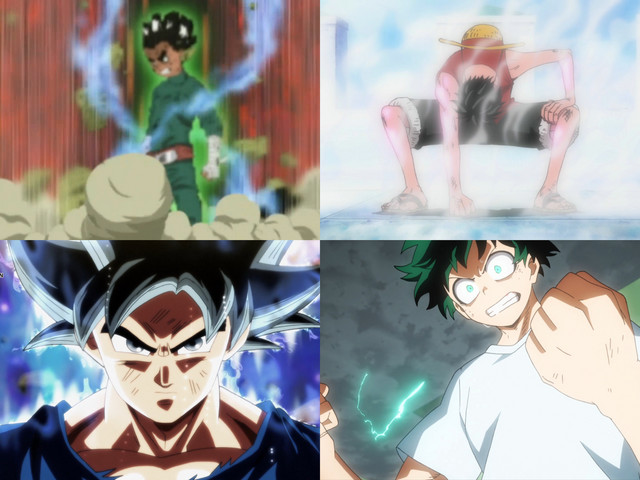 It’s not just a boost to strength, either--power-ups, whether the result of unique circumstance or tireless training, change everything in the story. It’s not just a showcase of growth or an epic fight scene, but a new standard heroes, allies, and enemies alike will have to rise to. The power-up on its own is awesome and individual, but its influence on the story is tremendous. From this moment, we can be sure the threats will bigger and badder than ever, and the Black Bulls will need to find ways to meet the new scale of power… or be left behind like Yamcha. 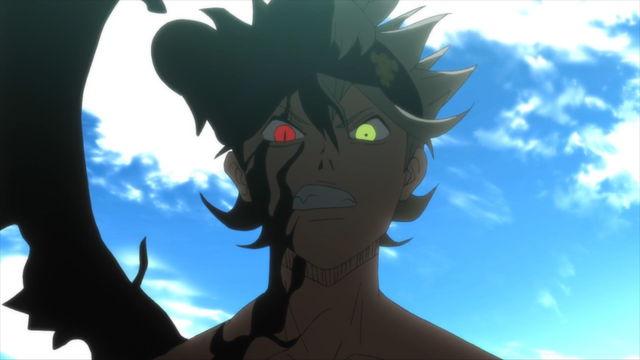 Black Asta isn’t just any power-up, either: it touched on another shonen staple that doesn’t have a convenient term, but is just as active in the unconscious fan. When Asta changed form, it wasn’t a willful increase in power, but the result of the Witch Queen’s tampering. Although he notably remained in control in the face of his mysterious inner demon due to his obnoxious obstinance, the form Asta took was nightmarish, to say the least. When some evil comes out (or is put into) a shonen hero, it’s another momentous occasion. But you probably know what I mean... 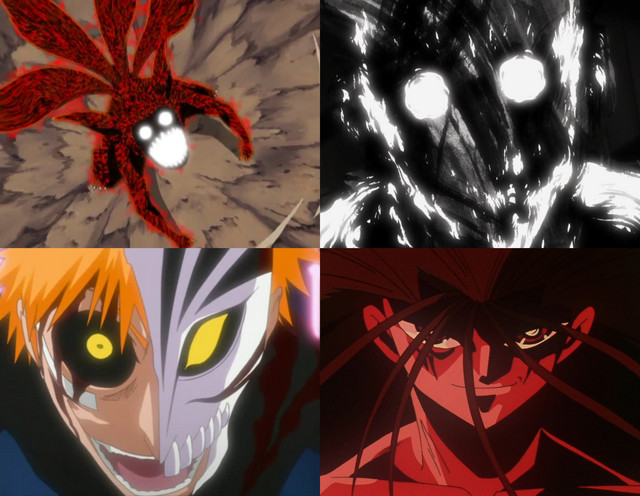 As with many shonen anime, the staff of the anime was all too aware of the importance of this episode. Fans of the manga have been anticipating this moment from the outset, posting images from the manga and discussing which episode Black Asta would show up in months before its airdate. Tatsuya Yoshihara reached deep into his pool of industry connections to staff up the episode with up-and-coming animators, industry names, and overseas talent.

Rumblings started from both fans and the industry approached as animators began to post production stills with “#63” written on them. Once the episode was out, they returned to share the cuts they had each worked on, a phenomena that’s happened a few times before with major shonen turning points in Bleach and, more recently, My Hero Academia. The result is a spectacle of different, creative animation styles both in and out of combat, with a half-dozen animators making their professional debut. 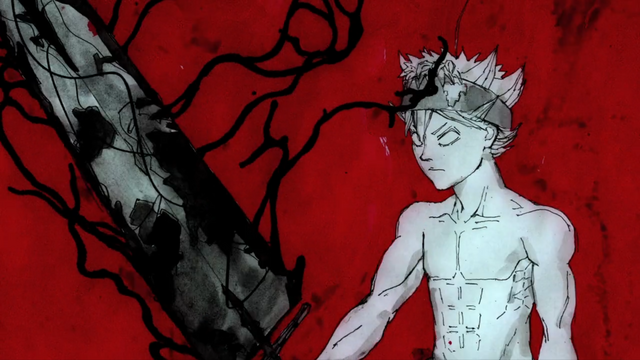 We didn’t only get a power-up, either--Asta also finally got his own named attack. One of the many curses that came with Asta’s absence of mana was a dearth of special techniques. While other wizards were casting awesomely-named spells like Prison Death Scattershot, Sea Dragon’s Roar, and Dark Cloaked Dimension Slash, Asta's only option was to simply clobber people over the head with his massive rusty club of a sword. It’s not just naming one of these swings, either, but a unique power integrated with the magic system of the world that acts as a magical countermeasure by traveling up the path of enemy spells to their caster like a magic-seeking missile. We even got a mini-training arc of Asta developing the power when he was playing around with the idea of the Bull Thrust. 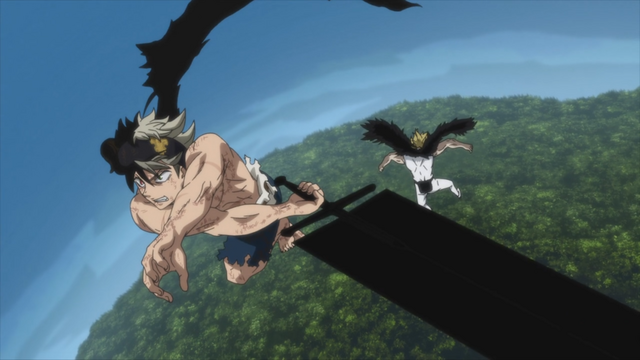 The importance of a special attack cannot be overstated. Every major shonen hero has a signature attack: the Kamehameha, Spirit Gun, Rasengan, Getsuga Tensho, Gum Gum Bullet, a variety of Smashes--you get the idea. It’s a part of their character, a familiar visual, and often something that evolves with the character to show how they’ve grown. It’s just as shonen as the power of friendship and never giving up. Not only that, but it’s a familiar soundbyte. Never underestimate the power of such a familiar phrase among a fandom. Something that helps to describe the moment, and that can be repeated by fans, voice actors, and cosplayers to share their enthusiasm.

This is just the latest in a series of the manga’s strengths the anime has put on display. From its loud beginnings, Black Clover has even won over many of its early skeptics with its great humor, wild action, and awesome ensemble cast. This episode will justify the dedication of its fans and in more interested watchers as the culmination of everything that's come before it, and far from the last of its epic moments. It’s hard to argue that Black Asta’s appearance hasn’t proven that Black Clover deserves the hype.

How did you feel about episode 63L What defines a top level shonen for you? Let us know in the comments below!