Is the Saga Over? 5 Burning Questions from the Zombie Land Saga Finale

From Kotaro's true plan to Yugiri's drama, we're looking at the cliffhangers that have left us wanting more! 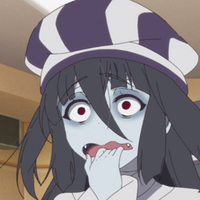 It’s hard to believe that only three months ago, we wandered into the mysterious world of ZOMBIE LAND SAGA with pretty much no idea what to expect. Twelve episodes later, the anime world has Franchouchou fever, and Saga Prefecture has received a major bump in interest—both in the world of the show and in reality.

But the finale, while tying up Sakura’s personal journey of self-discovery and showing us Franchouchou at its best, ended up raising more questions than it answered. The final few moments seemed to hint at a second season, but at the time of this writing, one has not been announced. 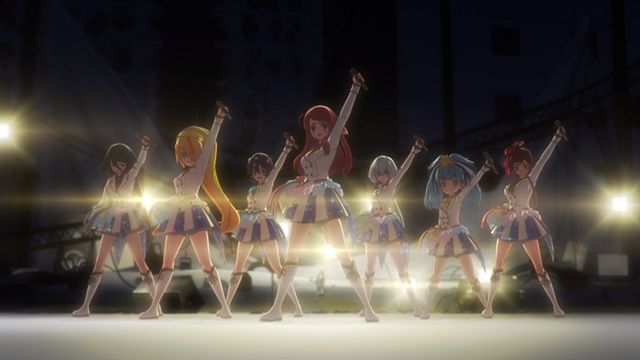 Could it be that the saga isn’t over yet, and these last twelve episodes were simply laying the groundwork for a bigger story to come? We don’t know, but what we do know is that the Zombie Land Saga finale has us asking some big questions:

Will Franchouchou’s veterans give the game away? 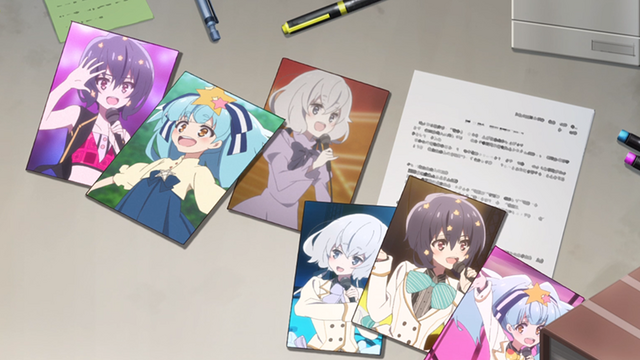 One question always loomed large at the back of ZOMBIE LAND SAGA: wouldn’t famous people stand out in Franchouchou? It’s one thing to bring in a schoolgirl or a Meiji-era courtesan, but video and photos actually exist of three of our idols during their lifetimes. You could write off a random doppelganger on the street as a coincidence—but doesn’t it get suspicious when three entertainers under one slightly sketchy banner all just happen to look, act, and sound like three dead entertainers?

As it turns out, we weren’t the only ones to think so.

Okoba-san, the intrepid Sagazine reporter who’s been stalking the background of the series, now has photographic proof that No.3, No.4, and No.6 are (sorry) dead ringers for the long-deceased Ai Mizuno, Junko Konno, and Lily Hoshikawa. Not only that, this was the literal last shot of the series. We’re not sure what’s to come (if anything), but Franchouchou attempting to do shows while someone tries to uncover Kotaro’s plans seems dangerous. Like, at least four or five solid episodes dangerous.

And speaking of Kotaro’s plan…

What exactly is Kotaro’s plan? 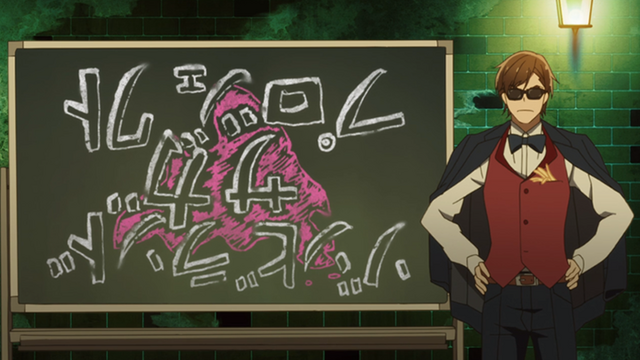 Kotaro reminds us (and Franchouchou) that their quest to revitalize Saga has only just begun. That said… we don’t actually know how he intends to go about doing so. In the real world, the success of ZOMBIE LAND SAGA means an increase in tourism, especially for historical sites and businesses featured prominently in the show. But what about in the show itself?

A recent installment of our own Anime vs. Real Life column pointed out that Kotaro may be in cahoots with Xu Fu, a legendary Qin dynasty monk who traveled to Japan in search of herbs that would grant eternal youth. If the episode 11 scene is to be believed, Xu Fu rocked up in Saga, opened a bar, and formed a working relationship with Franchouchou’s intrepid manager. Considering we also got a clear shot of the bar owner at the end of episode 12, it feels as though he’s important—whether or not he’s really Xu Fu.

That said, think back to episode 4. Kotaro was fixated on forming a relationship with a pharmaceutical company. Granted, he’s sent the girls to a chicken restaurant, a heavy metal concert, and an extreme games competition, so there doesn’t seem to be much rhyme or reason to his choices. But now that we have reason to believe he’s drinking buddies with an ancient Chinese medic with the key to eternal life, that attempted business deal doesn’t seem all that weird anymore.

This is all well and good, but what exactly is Kotaro aiming for? Does he want to make Saga immortal? Does he want to use Franchouchou as the poster girls for a zombifying drug to show everyone that being a zombie is pretty great actually? Or is he (as usual) one step ahead of us?

And again, speaking of Kotaro…

What’s this about a high school crush? 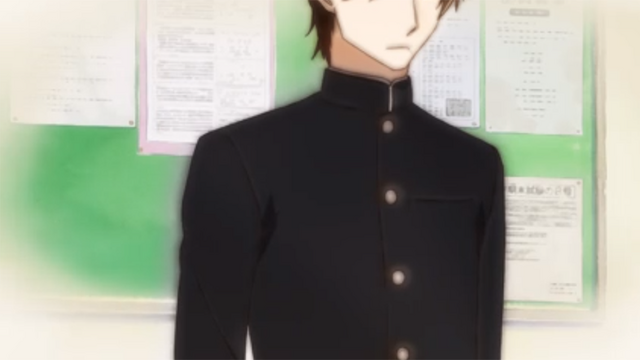 Seriously, you can’t just tell us that Kotaro had an unspoken schoolboy crush on Sakura ten years ago and pretend we don’t need to know more.

It was always fairly evident that Sakura was the odd one out. She had idol aspirations, sure, but she didn’t have any actual cred. Ai was in an idol group. Junko was an idol herself. Lily was a TV actress, which nowadays (especially in Japan) means developing music and dancing skills, too. As a courtesan, Yugiri would be trained in singing, dancing, written and graphic arts, and at least one instrument. Saki may not have training as an entertainer, but she had legendary leadership skills. And Tae… well, Tae is just legendary.

But Sakura had nothing but the aspiration to be an idol—an aspiration that didn’t even pan out, thanks to an ill-timed truck. It always seemed odd that a random schoolgirl with dreams of being an idol would somehow end up at the center of Kotaro’s undead supergroup.

Our brief flashback, which shows Kotaro (then Inui-kun) quietly crossing paths with Sakura, gives us a lot more information. He knew how much she loved idols, and he would have known her strengths and weaknesses. But this opens up a whole other set of questions. Yes, she was exactly what the group needed to unite and grow strong. But how much of the decision to bring Sakura back was for the sake of Saga, how much was to give her a second chance… and how much was based in just getting to see her again? 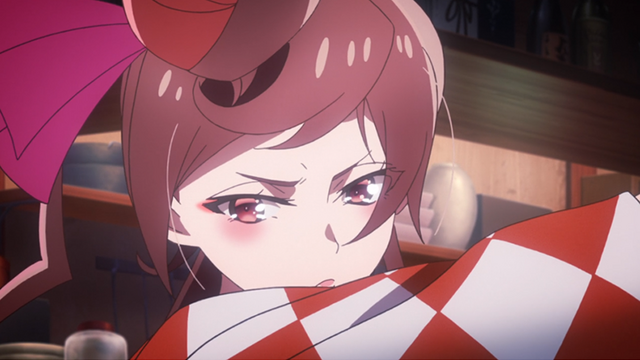 Compared to the rest of the zombie idols, Yugiri seems to be taking zombie life—and life in the future—fairly calmly. Most of us assumed that being a courtesan meant nothing could surprise her anymore, or that she’d at least trained to never let herself appear to be on the back foot.

But with everything that’s happened in the last 12 episodes, it’s feeling less and less likely that Yugiri’s poise is solely a product of training. She takes an extreme degree of interest in the welfare of the group, and goes out of her way to have words with both Kotaro and Sakura in particular. She’s one of the few who never questions whether Kotaro’s judgment is sound (unless it's directly to him), and throws herself into the idea of being a zombie idol wholeheartedly—a motivation often lost thanks to her enthusiasm being hilariously anachronistic. Plus, the aforementioned potential Xu Fu owes her a favor.

So, is there more to Yugiri than meets the eye? There would almost have to be, considering she’s one of only two Franchouchou members we haven’t seen a backstory for. We don’t even know how she died (though the scar around her neck inspires a theory or two). How much of her calm is from her training, how much is from the opium she’s probably got in that pipe, and how much is from some sort of unknown deal or agreement she’s got offscreen? 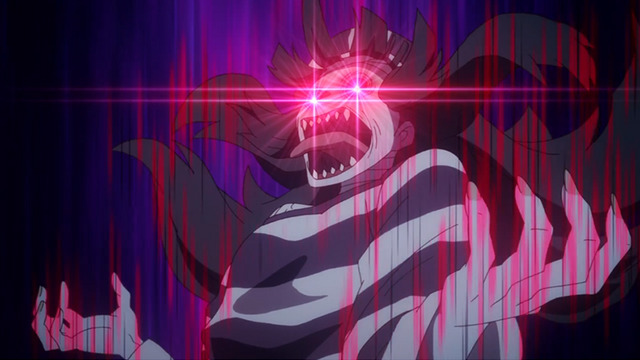 Ah, the Legendary Tae Yamada. Even before we knew she was voiced by literal anime princess Kotono Mitsuishi, we loved her. She’s funny and surprisingly endearing. But she’s also remained largely an enigma; if anything, she’s become more of one over the course of the series.

Unlike the rest of Franchouchou, she hasn’t had an “awakening” despite being in just as many inspiring performances as the rest of the group. Instead, she seems to be becoming human again a little at a time, thanks to the efforts of the group (and Sakura in particular). She can follow basic directions, she clearly has feelings for the other group members, and she’s started to verbalize to at least some degree. Heck, she’s on point with choreography, too. She may not have outgrown her oral fixation, but she’s absolutely growing as a character, with a real personality starting to come through.

According to the official ZOMBIE LAND SAGA website, Tae died at the age of 29, making her older than the rest of the group by a range of 10-17 years. (Physically, of course, not chronologically; we still don’t have a date of death for her.) We don’t know what she did in life, what skill sets she once had (if any), or why Kotato insists that she is legendary simply for being herself. Could it be that, as with Sakura, Kotaro has some bond with her that made him want to resurrect her?

Beyond that, what’s prevented her from responding to Franchouchou’s activities at the same speed as everyone else? Is she a failed experiment who can’t wake up, thanks to a difference in how she died or what means were used to resurrect her? Or is she simply taking longer just because that’s how she is? If the latter is the case, will she remember her time with Franchouchou if and when she wakes up, or will she lose it all like Sakura did in episode 11? Does her status as No. 0 mark her as “Patient Zero?” Could she be closer to the center of Kotaro’s plan than we know?

Or is she just Tae Yamada, a lovable zombie who likes eating squid and chewing on her friends’ faces? Only time will tell… maybe.

The finale of ZOMBIE LAND SAGA seems to hint at more to come. But, much like being a member of Franchouchou, we won’t have answers until the people in charge reveal their secrets. For now, though, you can rewatch all of the series and see what you can pick up on a second viewing!

Do you have any theories on the questions raised in the finale? Are there any questions we've missed? Let’s talk them out in the comments!

QUIZ: Which ZOMBIE LAND SAGA Performance Is Your Theme Song?