Our editors top 3 most anticipated anime of the Winter 2019 season! 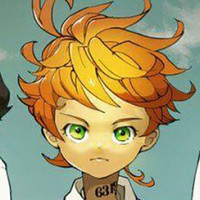 2018 is almost over so it's time to forget the past and look forward to the new year (once we're all finished with Anime Awards). Many of Winters biggest shows are doubtless to be the huge continuing titles from Fall, but there are plenty of new anime to be excited about. Our editors have looked forward to the fresh new titles and each picked the 3 they're most looking forward to.

Most of the biggest shows from Fall are continuing in Winter, and the ones that are finishing up are being replaced by even BIGGER titles, so 2019 is starting off pretty crazy. Winter in particular looks great since one of my favorite manga and favorite anime are seeing new releases!

I’d read up to volume 3 of the manga before Shonen Jump made their entire back catalog available then caught up with the ~100 remaining chapters in a single sitting. The Promised Neverland is one of the best manga currently running in Weekly Shonen Jump that’s extremely hard to describe to people without spoilers. Smash Death Note and Coraline together and you start to get an idea of what this series is about. I’m really looking forward to seeing some of the most chilling moments from this series in motion.

Mob Psycho 100 was one of my favorite 2016 anime on multiple levels. One’s storytelling and characters are excellent, but BONES really elevated the source material by making the surreal psychic combat of the series an animators playground of sophisticated and obscure animation techniques. The anime is so fun to watch, and I really get the sense that’s because it was fun for the animators to make. Match that with maybe the BEST anime PV I’ve seen in my entire life

I’ve been meaning to watch Boogiepop Phantom for as long as I can remember, and this series is finally going to make me do it. Supernatural mystery is totally my jam and Boogiepop has maybe one of the biggest reps in the genre, possibly even surpassing Hell Girl. The preview shows off some amazing visuals and has a seriously sinister aura I’m just in love with so… mess me up, Boogiepop.

After such a whirlwind of a fall season, I’m ready to become a blanket burrito and kick off my New Year’s resolution: Watch anime that will make me feel 100% happy to think about looking forward to it and step outside of my usual shonen safety zone.

I am super psyched for this new season! Yes to see how Mob’s powers have progressed and how they can look even more aesthetically mind bending but I actually just really want to see his progression as a loveable awkward human. I want to see him challenged on both the psychic and behavioral fronts.

It appears we have a dark horse. Having seen so many isekai’s in which the hero is essentially awesome all of the time almost from the beginning gets boring pretty quickly for me. However Shield Hero has the odds and the world against him from the very beginning and I’m sadistically here for it. I’m ready to see how the ‘Get shit done by any means necessary’ survivor attitude comes out, how he grows through the underdog struggle, and what this journey will do to his moral compass. Catch me on the flipside watching the anti-hero isekai unfold. 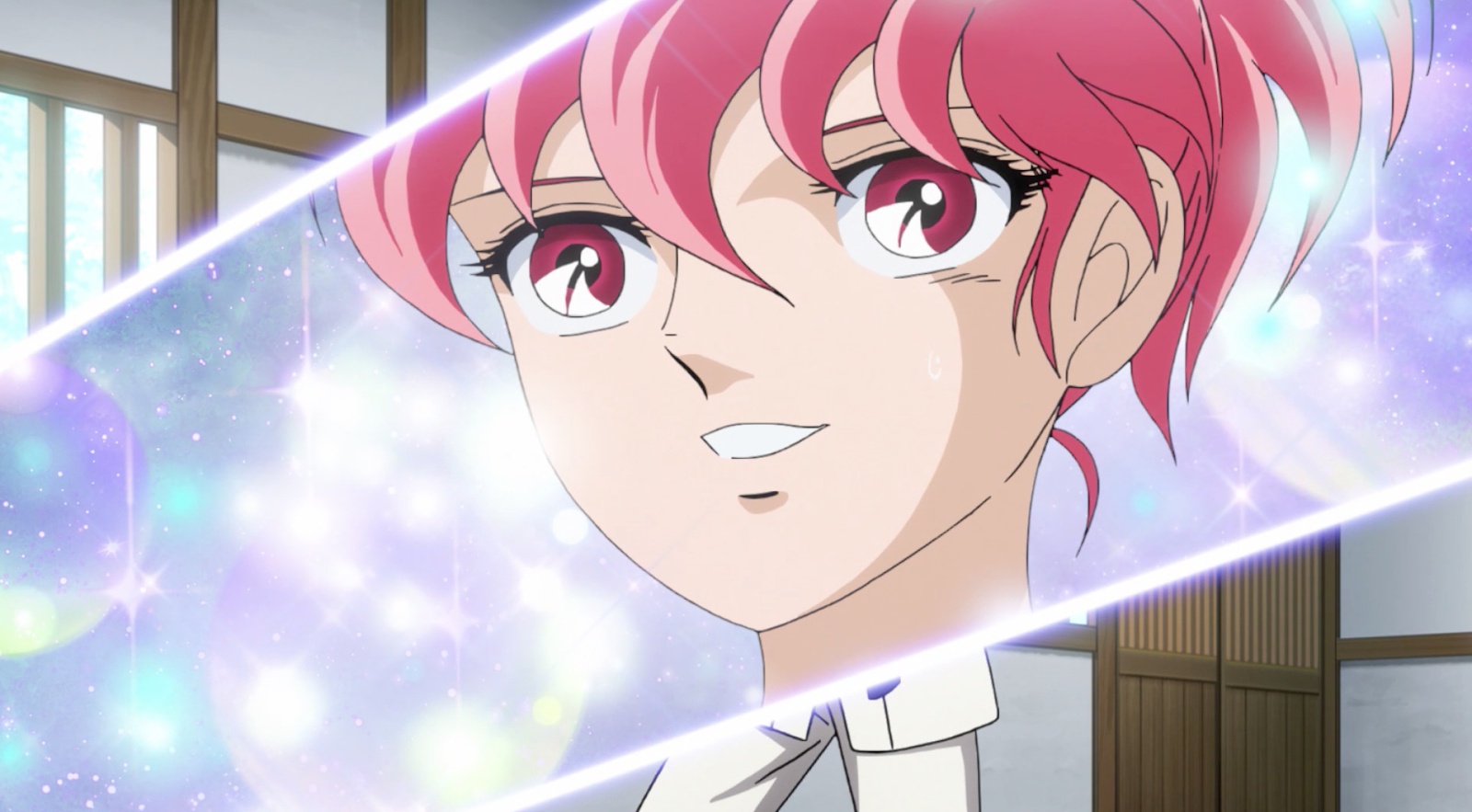 Truthfully, I haven’t watched any previous Saint Seiya anime so I’m coming in with the cleanest slate possible and I am hella hyped. This legendary piece of work is gloriously luminous with a gem color palette, follows the goddess, Athena’s personal maidens known as Saintia, and has a fight against one’s predetermined fate.

One of my Fall favorites (Hinomaru Sumo) is still running this season, but what will fill the Honda-san and Sugimoto-shaped holes in my heart? Ahh, yes… horror never fails me--horror involving children, horror involving ghosts, and just plain ol' body horror. Winter 2019 ain't messin' around!

One of my favorite new manga is finally getting the anime treatment--I can't wait to see newcomers' reactions to the suspense, twists, and horror that The Promised Neverland never fails to deliver.

Boogiepop Phantom was probably one of the best blind buys I made back during the VHS days, so I'm super hyped for more. The original was clever, thoughtful, and creepy--here's hoping for more of the same in the new series.

One of Tezuka's most violent and most badass stories is coming back in 2019, with the ronin Hyakkimaru hunting down 48 demons who stole his body parts (which he's replaced in the meantime with lots and lots of swords). Anybody ever play the PS2 game, Blood Will Tell?

After this last season, I’m somewhat glad that for my tastes Winter seems a bit slim, but there are also so many shows continuing that I’m going to still need to find some time to catch up! That said, there are a few that are just must watch shows for me, including the return of my beloved Mob Psycho!

This is my biggest anime for the upcoming season. I’m so excited to see more of Mob, Reigen, and the rest of the characters. While others might be looking forward to One Punch Man’s new season, I always preferred One’s more personable and down to earth writing for Mob and the gang. I can’t wait to see what they get up to in this season, and you bet I’m going to check out that special premiere in theaters next week!

I’ve been wanting to read the manga for this for some time now as I keep hearing from friends about how interesting and creepy it is. I love horror stories, but I just hadn’t had a chance to pick up the manga and see what all the fuss was about, so now I’m glad I can check it out this season! I don’t really know much about it, other than it supposedly gets very tense and creepy, so I’m on board for some good scary drama! 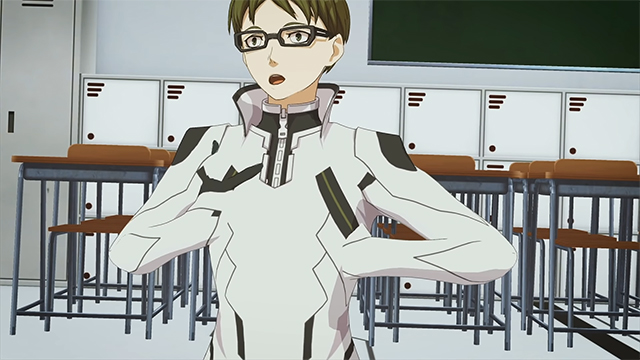 I’m a big fan of Japanese live action comedy, animated comedy, and frankly just Japanese comedy, so this weird blend of live-action and CG anime featuring some huge voice talents, like Junichi Suwabe (Viktor Nikiforov, Abacchio), Shouta Aoi (Ai Mikaze, Himself in Pop Team Epic), and more, is right up my alley. The series follows 4 boys transported to an animated realm to… solve puzzles at the bidding of a giant Sphinx? The trailer won me over with a very self-aware “Where are my hands?!” joke, so I’m interested to see more of this one.

That's all for this list. Unsurprisingly, the latest Shonen Jump adaptation in The Promised Neverland and the continuation of anime's most beloved child, Mob, in Mob Psycho 100 are topping out everyone's lists! As always, we're looking forward to seeing our predictions pan out and getting pleasantly surprised by some of the new shows we weren't expecting to like.

What's your most anticipated anime of Winter 2019? Sticking with your continuing series or think a dark horse will surprise us all? Let us known in the comments below!