Minato's Biggest Opponent in Tsurune is Himself

There's no easy path to mentally rebuilding an athlete 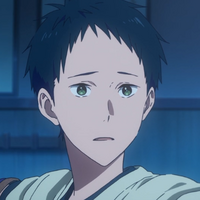 One of the most important takeaways from Tsurune has been the question of what happens to an athlete when they mentally can’t perform in the way they’re used to. With how sports revolve around the ideas of coaching, training, and discipline, you’d think finding ways to get an athlete back on track mentally would be a simple answer.

As the series has shown, there’s no easy, definitive, or exact way that a person can follow to overcome mental blockades such as in kyudo with “target panic.” So, if there isn’t a definitive way to cure an athlete in this way, how can someone fix their problem or help another?

Minato’s journey through his issues with target panic sees him get help from his friends and try and find an answer himself. Target panic is, in essence, a form of performance anxiety that renders a shooter unable to hit a target regardless of how good, how long, or how often they shoot. After driving him away from kyudo and getting pulled back in, he has to try and figure out what exactly is causing this phenomena. Yet, as the episodes continue on and with all of the help, research, and questions Minato has had, he still isn’t able to fully cure himself. 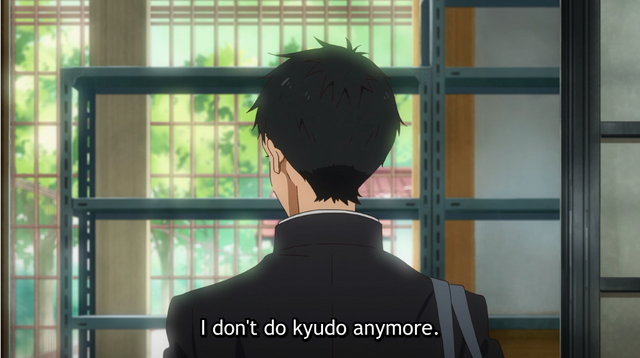 Considering that this is a somewhat common occurrence in not only kyudo, but sports in general, there’s reason to believe that a lot of subject matter would be written on target panic or performance anxiety. Even when Minato sees Coach Takigawa’s notes on the subject matter, it doesn’t explain why Minato is having trouble, because these sorts of problems are very individualized. What works for one person is not guaranteed to work for another, and that’s particularly true when it comes to anything regarding our brains.

What makes Tsurune as a show relatable to people not only in sports, but to those who have never cared about athletics in their life, is that everyone goes through something like this. At times, we all can have trouble with our mental health and find it difficult to figure out a solution. You can read all the documentation or articles on what is ailing you and how to potentially fix it, but that doesn’t mean it’s going to also work for you. As a writer, I suffer from Imposter Syndrome and have similarly gone through steps like Minato to try and solve it. It’s why mental health is such a hard thing to “cure,” as unlike other illnesses or injuries, there isn’t a simple step-by-step method. 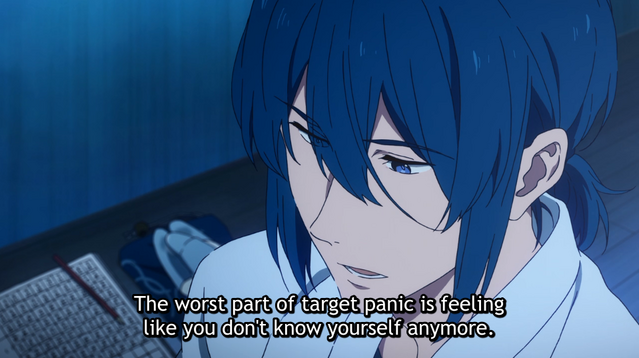 As seen in recent episodes and at the competition, Minato has been able to have brief breakthroughs with his target panic. Although, he still maintains that he isn’t completely free of it, which is fascinating. Stories involving sports will sometimes feature aspects such as target panic or a mental issue with an athlete, but will make them brief parts of the story and for Minato here, he’d be automatically cured. Tsurune bucks that trend by making it the entire point of the show. You can’t just handwave an issue like this.

It’s not just target panic that Tsurune approaches with regards to athletes and their mental state. Seiya, Kaito, and even Coach Takigawa have their own problems to deal with. Takigawa’s is the most similar to Minato since he also dealt with target panic in the past, but also has to confront his issues with how to be a good coach and his complicated feelings regarding his grandfather. This comes under fire when he puts Seiya in a similar spot that Takigawa was put under by questioning Seiya’s desire to continue kyudo. 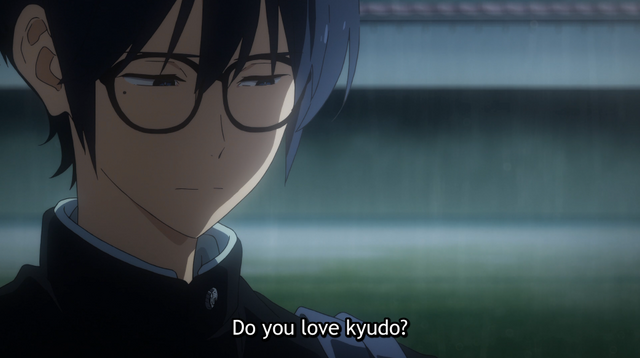 Seiya and Kaito’s problems follow more of what a high school student or athlete would encounter. Kaito has issues with being hot-headed and that extended into the competition where members from Kirisaki got under his skin and affected his performance. This isn’t as bad of a dilemma as with Minato’s target panic and is something that would be prime for a kid in high school to have to get over since that’s an age where you’re more volatile. While there might be ways to tell him to calm down, it’s not as easy to make sure he doesn’t get in his own head and psyche himself out from hearing trash talk.

Seiya, on the other hand, fights against his passion for a sport that other people don’t think he’s cut out for. He’s questioned by his coach and by Minato’s friend Shu that maybe his love for the sport isn’t genuine. For a young person, having that thrown at you can be damaging. There is a difference here between both times he’s asked about this as Coach Takigawa immediately regrets asking it as it’s something he’d been asked as well, while Shu is just being petty since he thinks removing Seiya will somehow cure Minato’s target panic. Unlike everything else thus far, Seiya was put into a dark place and fought with himself with regards to what he should be doing, but was able to get out of it thanks to a conversation with Minato. 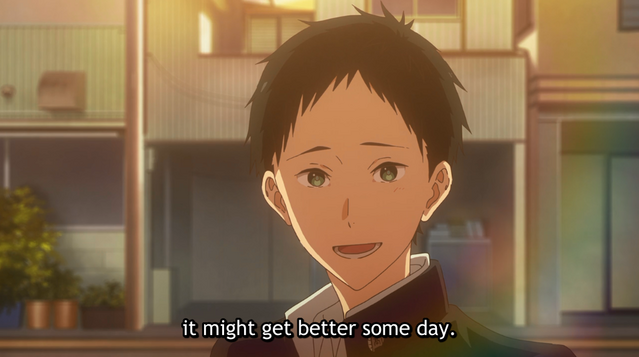 Kyudo is a sport that has two fights. The shooter versus the target and the shooter versus themselves. To answer the question I posed earlier, there really isn't a blueprint to fixing problems such as target panic. What fixed Coach Takigawa’s target panic isn’t going to fix Minato’s, since they’re two different people--problems with our brains are going to to change from person to person. Tsurune will probably end with Minato fixing his target panic, but the journey to that point has been one that proves this problem is relatable not only to sports fans, but to people in general. Everyone has battles within themselves and how we conquer those fights are not the same, but hopefully someday there will be a solution that you find that helps you.

Has Tsurune been relatable to you on a personal level? Let us know in the comments below!