This slime deals in death as an act of charity! 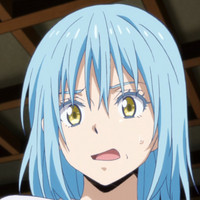 That Time I Got Reincarnated as a Slime has been my favorite isekai experience since Re:ZERO. While it has yet to match my 2016 favorite, I’ve felt it's brought the same kind of new perspective on a well-worn genre not only by making the character a monster, but in constantly turning the focus of the plot onto the characters he interacts with. Rather than solving other problems being a part of Rimuru’s story, Rimuru aiding others becomes part of theirs.

In this unique interaction, a pattern began to emerge that I was not expecting from a series that casually plays with RPG tropes: although Rimuru aids those in need, the solution they seek is often found in death, and Rimuru’s compassionate act ends up being giving them a happy ending to their story. In a world surprisingly callous for all its cuteness, our heroic slime seeks out pacifistic solutions but, when one cannot be found, he delivers the surprisingly tender act of delivering a peaceful death. 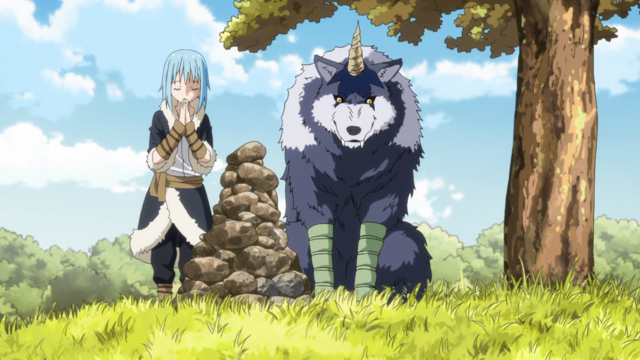 The most recent arc with Geld was what really brought this into focus for me. Rimuru only went to war with Geld for fear of those he might harm and, after defeating the Orc Disaster, took the time to enter negotiations in the twilight of his own victory. Geld’s desperation to save his people had transformed him into a monster that would lead them to their deaths. With no way of saving him, an end was the only solution, but Rimuru took pains to ensure that Geld could pass on without concerns for his people. 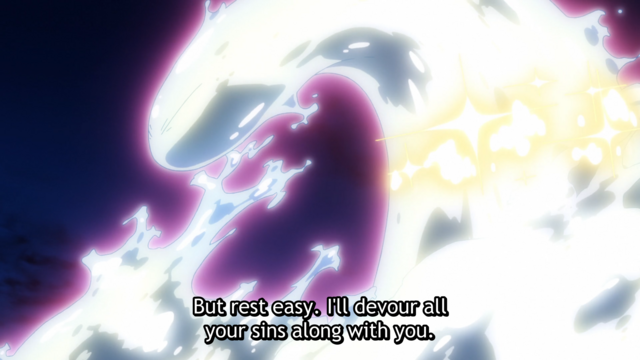 Although perhaps a cold comfort, the gesture was meaningful to both Geld and his followers. Rimiru took responsibility for the actions of the orcs so those they harmed could seek revenge solely against him, and in doing so ensured the survival and prosperity that Geld sacrificed limb and, eventually, life to attain.

Shizue’s story may be the most touching, as she requests that Rimuru consume her to finally end her life. After finding contentment and living a fulfilling life, she could feel her control over the Ifrit waning, and feared losing control of her mind and hurting others. Her description of her existence was one that had grown world-weary after centuries. Unable to perish on her own, the growing power of the Ifrit represented a loss of control not unlike senility, but with the added danger of causing harm to others. For her, a peaceful end that ensured the Ifrit would likewise be sealed away was a solution she didn’t believe existed. Rimuru offered an end to her lifelong struggle and growing doubts. 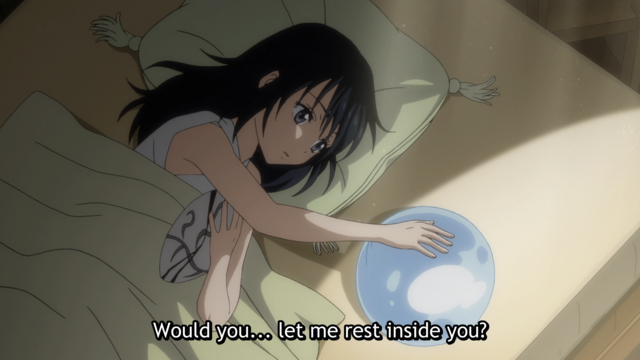 Her case is unique in that it doesn’t involve the same pressing concerns as the others, but Rimuru grants her an existence not unlike death within himself, respecting her wishes despite what would normally be considered an unthinkable act. Perhaps because of this, he goes a step further in shouldering the burden of her one remaining goal: to get revenge against the demon lord Leon. Although Rimuru frames the gesture as an inheritance of her will, it undoubtedly allowed her to depart the world peacefully knowing that he would complete her last unfinished business in this world.

The dragon Veldora may even fall into this pattern. Although he is effectively still living and may eventually return, he has disappeared from this world and his absence has been felt--to the world, he is effectively dead. While both Rimuru and Veldora are working on a method to free him, they may never discover one, which will mean that Rimuru ultimately delivered the final blow that felled the legendary dragon. 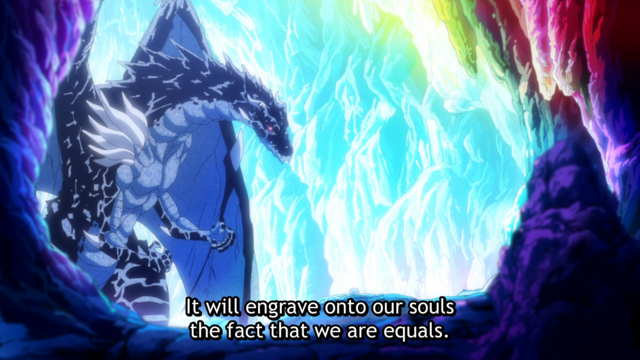 But this was preferable to a slow, centuries-long death from magicule decay. In many ways, Rimuru’s act, whether confinement or killing, meant freedom for the dragon. Rimuru offered friendship to end a centuries-long loneliness, took the dragon outside his centuries-long prison, and took on Veldora’s name so that his legendary acts would mean that the proud dragon’s title would once again become associated with grand events in history. Even if they never break him out, he has escaped his prison in every way that matters.

Even the dire wolf alpha’s death was the result of necessity and fundamental compassion. Rimuru struck only after ensuring that negotiations were impossible, and with the intention of scattering the wolves to avoid needless death for both sides. Although somewhat accidental, his adoption of the pack eventually lead to a variation of their leader’s goal, becoming the most powerful group of monsters in the forest. Now Tempest Wolves are an integral part of Rimuru’s growing nation, so it’s hard to argue he didn’t deliver. 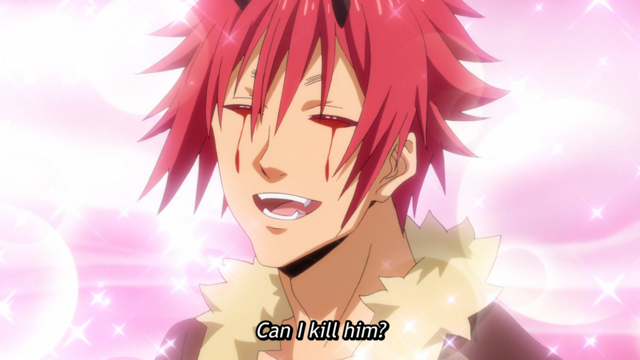 It’s a strange gift to grant for someone from a world where life is given such reverence that taking it under any circumstance is considered a grave sin, but each time Rimuru takes the life of a sentient being, it’s been as an act of compassion, not only for those who they would harm, but the individual themself. When their life has become an affliction to themselves or those around them, only then does Rimuru act, but in doing so he also carries on their legacy. 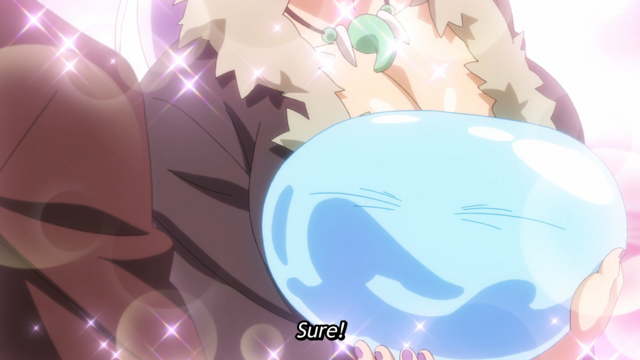 Many stories of compassionate heroes show how peace is restored after a conflict, but few take the time to contextualize the aftermath from the perspective of the fallen. Rimuru has reached an accord with each of his foes so their legacies can survive them. Their death--often an act of mercy--marks the moment Rimuru consumes their aspirations and makes them his own, using his own abilities and methods to achieve a future that they can be satisfied with before departing to the great beyond. It may seem contradictory to kill out of kindness, but if one can’t carry out their goals in their lifetime, or the suffering life offers makes going on unbearable, they can only trust those who survive them to carry on their aspirations.

Tags
that time i got reincarnated as a slime, peter fobian
« Previous Post
Detective Pikachu Hits the Shelves with Fresh Pokémon Merch
Next Post »
Fans Are Front and Center in Kingdom Hearts III Two-Minute Commercial
Other Top News
5 Comments
Sort by: