Best Isekai of 2018 Should Have Been a Category So I'm Doing it Right Now!

Announcement, nominations, and winner all at once! 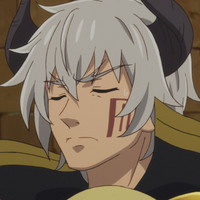 Best anime by genre categories are out in this year's Anime Awards in favor of some more focused awards. Although the anime of the year are a strong line-up, I think that something important has been lost in this different direction. We’ll know the best overall, but what about those of us who favor action? Comedy? Drama? I can’t let this stand. Before the winners are announced, I need to put up one category that absolutely deserves a place among the 2018 awards. The one genre that I absolutely can’t be ignored. Perhaps the most important genre of all.

I’m talking, of course, about isekai.

Although it’s hard to trace the precise origin of isekai, with stories as old as Dante’s Inferno representing the genre, no medium has claimed it as wholeheartedly as anime. There’s fierce competition in 2018, averaging 3 or more per season (depending on your definitions). Having spent my time with each of them, I feel uniquely qualified to handle this category on my own. No fan vote or panel of judges needed. Below are my nominations and I’ll even announce the winner well ahead of the actual awards. You’re welcome 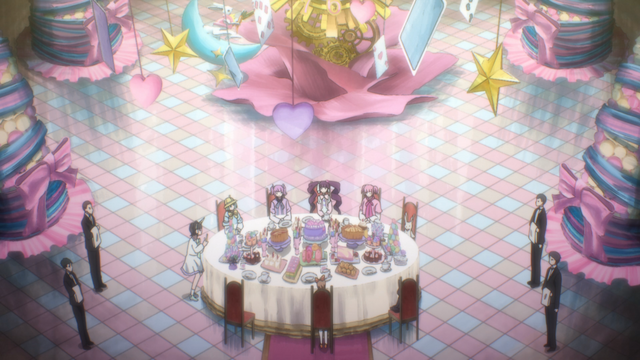 Didn’t think I’d be able to bring up Caligula again, did you? While technically the world of Mobius is a digital space, the fact that individuals around our world fall into a coma and emerge into this one speak to some supernatural developments not unlike a series like Overlord or Demon Lord where a game becomes real. So basically, it totally counts. The Go-Home Club having to battle the same inner demons that drew them into Mobius and μ’s own twisted perception of the paradise she has created for them provide a ton of fertile ground for cool plot developments. Also the weapons are cool and the villainous Ostinato Musicians are wonderfully over-the-top. 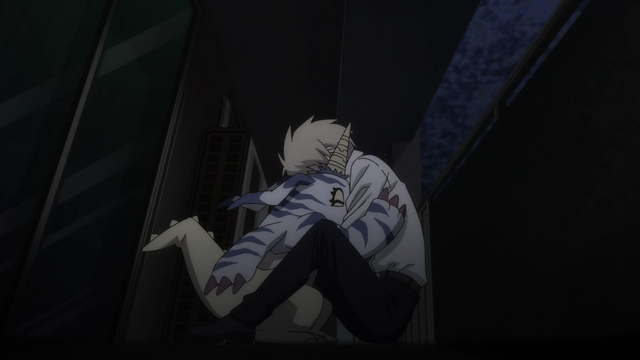 Part 6 “Future” of Digimon Adventure tri. came out this year along with its episodes 22-26 and the series has gotten real. The Digital World has begun to overlap with ours, Digimon are going crazy, and the Digidestined have to venture once again into the Digital World to figure out what’s going on. They’re dealing with growing up, accepting responsibilities, and loss in the new storyline. If you’re unfamiliar then the “Digital World” part should have irrefutably proven that, yes, Digimon is an isekai. If you watched the series as a kid then this deserves a watch because it’ll shatter your heart into a million pieces. Not gonna lie, this one gets a ton of points just based on the beauty of its key art alone. 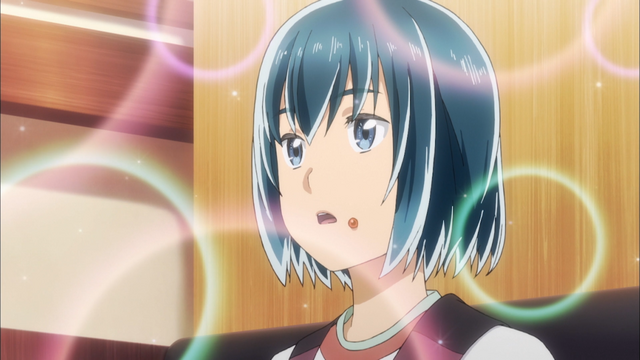 Reverse isekais have been the dark horse of the genre for some time now, delivering consistent quality with titles like Re:Creators and Miss Kobayashi’s Dragon Maid. Hinamatsuri stays the course with an unbelievably charming, funny story of psychic child soldier catapulted into our dimension in a likely effort to dominate it and sell it off like a baby saiyan. Hinamatsuri is among the greatest comedies of the year, which is a considerable feat next to titles like Zombie Land Saga, Pop Team Epic, and Asobi Asobase, with some stellar animation and genuinely heartfelt moments. I’m definitely ok with this becoming a new trend.

How Not to Summon a Demon Lord 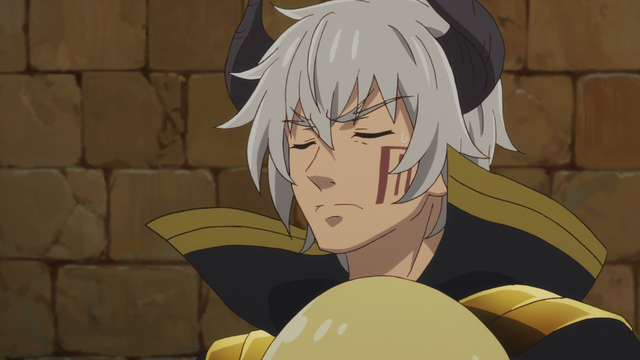 Won’t mince words, I have more than a few problems with this series, but among the number of more orthodox and exhaustively titled isekai (looking at you Death March to the Parallel World Rhapsody and The Master of Ragnarok & Blesser of Einherjar) it definitely distinguished itself on a pure visual level, delivering ridiculously animated magical explosions every episode. It definitely had a plan for its humor as well, leaning on Diablo’s absolute lack of social skills to force a him to roleplay his way across the fantasy world as his OC (plz dont steal). It even landed, giving his personality a bit more punch than your average high school boy catapulted into a land of sword and sorcery. 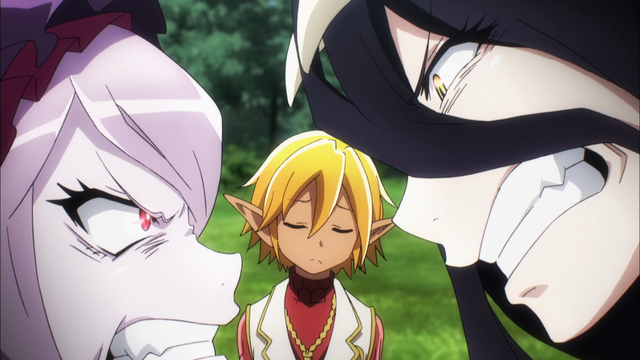 I’ve watched 3 seasons of Overlord and I’d honestly be lost if you asked me to tell you where it’s going. While Ainz himself is hard to root for, his rogues gallery of crazy and colorful minions are hard not to like. It’s definitely the most dedicated to world-building, regularly switching between global politics and substories among everything from elite adventurers to lizard people in the midst of romance. It’s often extremely difficult to determine where certain plot threads will become relevant until it all falls together. The fights are neat, most of the people in charge deserve whatever they’re going to get, and the lizard people found true love. 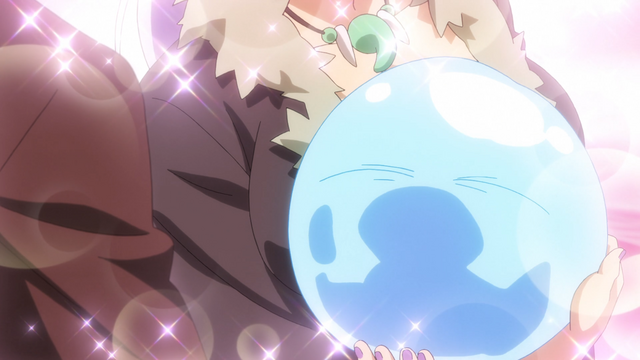 Easily the strongest of the more traditional isekai series (although to be honest the genre really got its start in shoujo), Slime takes a lot of unexpected turns from the usual isekai formula, starting with the Slime. Until So I’m a Spider, So What? comes out, Slime will be the only isekai anime featuring a protagonist who is turned into a monster or object (get ready though, there are a ton of light novels) but that may be the least dramatic difference between it and its competition. Many heroes try to resolve things peacefully, but Rimuru really take the time to integrate himself into the stories of others, learn about their problems, and find the best way to help them. Also the extended cast are adorable and the series itself is freakin’ gorgeous.

I almost feel bad for doing this since Hinamatsuri made it into the nominations for anime of the year (I’m as shocked as anybody) and Nate claims it Hinamatsuri deserves best fight scene of the year (I extremely disagree), but it’s under consideration for multiple awards for a good reason. The anime really has it all. In a year blessed with awesome comedy anime, I’d honestly say that Hinamatsuri was the funniest, balancing Hina’s ridiculous humor with the dark comedy of Hinata’s eternal suffering perfectly. It had both hand-to-hand fights and psychic combat every bit as good as the other isekai on this list. Anzu’s subplots were also devastating. Hinamatsuri could do no wrong.

Congratulation, Hinamatsuri! You win this extremely official and real award for Best Isekai of 2018!

Do you disagree with my assessment? You probably do… Who do you think should have taken the award? Did I leave out an isekai that deserves consideration? Does Steins;Gate actually count as an isekai because technically all the timelines are individual, though similar, universes? Let us know in the comments below!

Tags
anime awards, hinamatsuri, digimon, caligula, how not to summon a demon lord, overlord, that time i got reincarnated as a slime, peter fobian
« Previous Post
Arc System Works' Original Guilty Gear Returns for 20th Anniversary
Next Post »
Princes Square Off in New Trailer for "The Royal Tutor" Movie
Other Top News
24 Comments
Sort by: