Ranking The 5 Transformations Of Our Beloved Luffy

The future King of the Pirates takes all kinds of forms 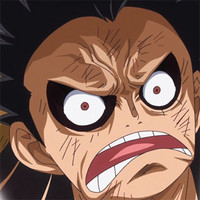 For those that have never read the gospel of One Piece, allow me to explain the powers of our savior, Monkey D. Luffy. Due to eating a "devil fruit" called the Gum Gum Fruit, his flesh is basically like rubber, meaning that he can stretch and inflate and bounce to his heart's content. He then uses his inhuman flexibility to win battles against those that are made out of fire and sand and lasers, sometimes by taking a new form to adapt to his situation. And because of his latest anime transformation, where he changes into Gear Fourth: Snakeman in order to better punch Katakuri, I feel like it's a good time to celebrate the best of the wonderful forms that Luffy has displayed to us.

But before I begin, just know that I won't be ranking his forms by their power level, or by how useful or functional they are. Those kinds of lists are rarely ever fun for me, because they require a lot of "But, ummm, what about...", and then they end up just being subjective anyway. But that's most internet anime arguments. You start out saying that you're going to take a logical look at something, and you end up screaming "CROCODILE IS MY HUSBAND AND YOU WON'T SPEAK ILL OF OUR CHILDREN." It's kind of beautiful, actually. 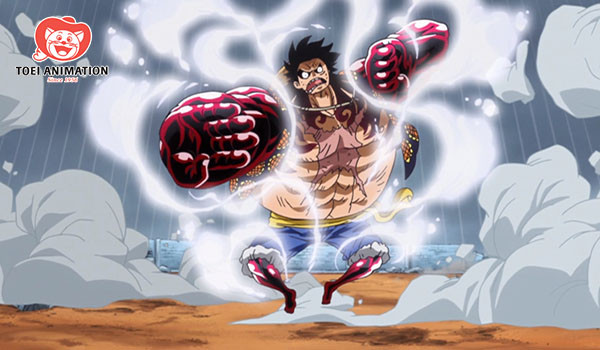 Boundman has grown on me over the last year, but I'm still not quite sure how I feel about it. You know those superhero Halloween costumes with the big, padded muscles in them? You stuff a kid in there and it doesn't quiiiiite fit, because you have this little neck and head poking out of foam shoulders that are the size of The Rock's? That's how Boundman looks to me sometimes. It's still rad, but it's funny because it also reminds me of all of those dudes at the gym who do leg day once a year and will die if you even suggest cardio to them. It just ain't my preferred Luffy. 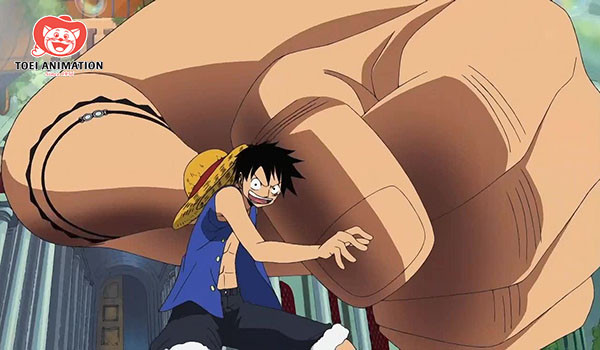 Gear Third is kind of hampered by the fact that it never quite got the dramatic reveal that Second Gear or Fourth Gear did. Both Second Gear and Fourth Gear got build up, but Third Gear was "Oh, and by the way, here's this thing." But Gear Third is still great just because of how cool it looks. There's this giant fist or foot knocking a villain through a wall, and that's a neat visual, especially when you consider that Luffy usually only comes up to his antagonists' knee caps.

Also, Luffy turning into a lil' baby because he needed Third Gear cool down time was such a great take on the familiar shonen "I've unleashed my new power, but now I need to rest" trope. When Goku needs a post battle nap, he's still shaped like a talking pec muscle. When Luffy gets done fighting, he turns into Chibi Luffy. Man, One Piece is so good. 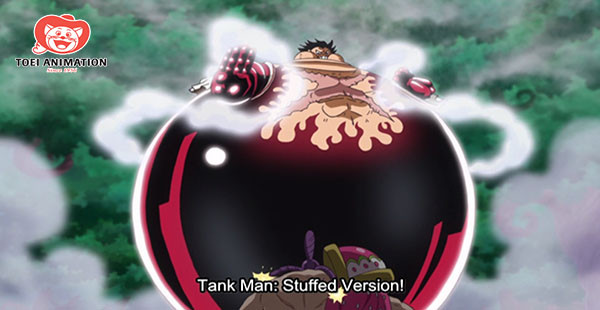 Allow me to explain: For years, a familiar gag in One Piece was Luffy turning into a sphere after he ate too much food. After they liberated an island and had a feast thrown for them, the Straw Hat Crew probably had to roll Luffy back onto the ship. So, whether One Piece creator Eiichiro Oda intended for it or not, the gag went somewhere! Luffy became a big ol' Gum Gum bowling ball, and one of the reasons that it's so great is that we'll likely never see it again. 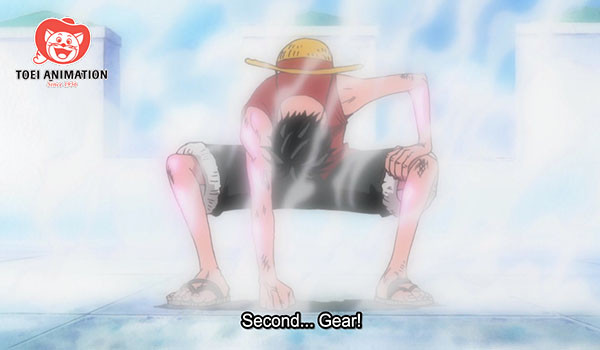 I think Luffy's reveal of Second Gear might be my favorite power-up scene in anime. He gives this awesome speech about how he can't lose any more friends and now he's forced to take his abilities to the literal second level. And then he absolutely DESTROYS Blueno by totally dismantling the dude. It would be one thing to take Blueno out with a single move, but it's nice that Blueno got to experience the realization that he wouldn't be able to keep up with the rubber man that he'd been taunting for the whole arc.

The music and the visuals play a big part in this, too. The score has this thumping bass to back up the more heroic parts of it. It's like boss fight music, except, in this case, Blueno is in no way equipped to even stand up to Boss Luffy. And the sight of Luffy's body steaming? It's an iconic, tiny change, like Goku's hair color changing when he goes Super Saiyan. It keeps the character's familiar form, but provides a striking visual indicator of rising strength. 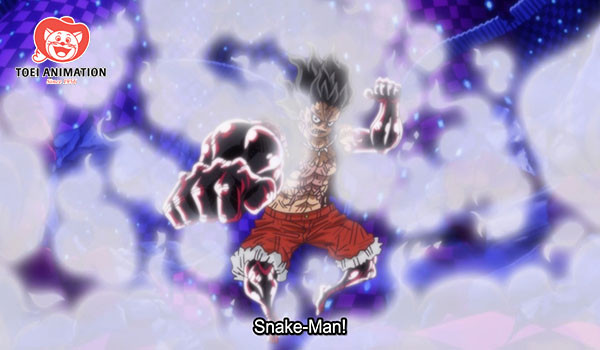 I'm not putting this in the number one spot because it's the newest transformation (but that certainly doesn't hurt.) I'm doing it because, after the drawn out fight with Katakuri, Luffy's Snakeman feels so earned and so satisfying. And yet (SPOILERS AHEAD), it still isn't enough to give him an overwhelming victory. He uses Snakeman because it's the thing that will only help him match Katakuri's quickness and skill.

In my first Crunchyroll article, I wrote about how one of the themes of the Whole Cake Island arc is that sometimes, surviving and going on to fight another day with your dignity intact can be just as powerful as a victory. Snakeman proves that not every power-up is destined to be this game-changing, world-shattering evolution. Sometimes, you need it just to keep up. Also, IT LOOKS DOPE.

Do you agree with this list? Probably not, and that's why you should tell me in the comments. And make sure to keep watching One Piece on Crunchyroll. Whole Cake Island is coming to a close and the next big arc is about to start, so there's no better time to ignore all of your responsibilities in life and rewatch the entire series. Or you can just catch up on the episodes that you've missed. Both are solid, equal choices.

Daniel Dockery is a writer and editor for Crunchyroll with tons of terrible, fantastic opinions. And you can find some of them on Twitter!

Tags
one piece, luffy, whole cake island, katakuri, snakeman
« Previous Post
Mob Monday Preview: Who’s the Mysterious Rich Guy? And Is That Who We Think It Is?
Next Post »
Square Enix Gets Brassy with Final Fantasy VII Concert Bluray
Other Top News
30 Comments
Sort by: