Nothing is certain in another world! 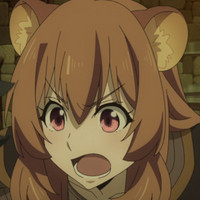 I love fantasy anime and I’m definitely not alone given their crazy popularity. Supply is definitely rising to meet demand as we’ve almost always have a few shows running every season. Of late, many such series have started to lean heavily on game mechanics to shape their fantasy worlds. While I’m not very particular about game stats showing up in a series, some recent inclusions have me asking a lot of questions. Three currently running anime have built worlds with some very strange conceits that, to be honest, have kept me up at night.

Whether you think you might have answers to set my mind at ease, or simply wish to share in my anime-related existential terror, I suggest you beware reading below. In addition to spoilers, some of these fantasy mechanics pose cosmic inquiries relating to time, identity, and fate… Here are my big questions about the big fantasy anime running this season.

What are humans in That Time I got Reincarnated as a Slime? 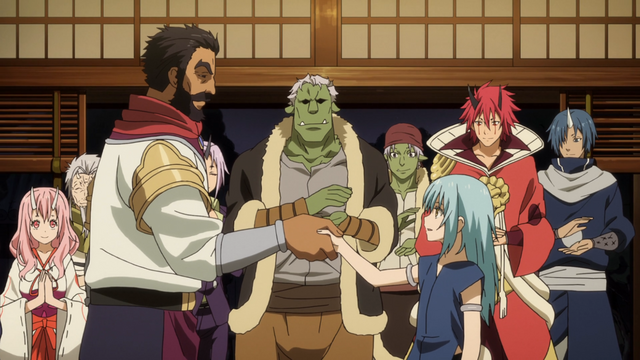 Pictured: Goblins, ogres, a dwarf, and a slime

Rimuru’s empire populated by a diverse array of fantasy monsters is quickly becoming not only more populous and advanced, but also more homogenous. As new races are recruited, inevitably there comes the ceremony where Rimuru’s gives all the monsters a name and they evolve into a more advanced species that, very often, just looks like a normal human. Weird, but that’s not all...

The nearby kingdom of Dwargon is, unsurprisingly, a kingdom of dwarves, but many members of its population, such as its king Gazel, certainly don’t look like the more squat, wide individuals who have joined up with Rimiru. The majority of these “humans” are among the ruling class, so that begs the question, are they human or dwarves? Are there positions of authority indicative of their level of power? If so, does that mean once a dwarf becomes sufficiently powerful, they also evolve into humans like the monsters of Rimuru’s kingdom?

So... what are humans then? 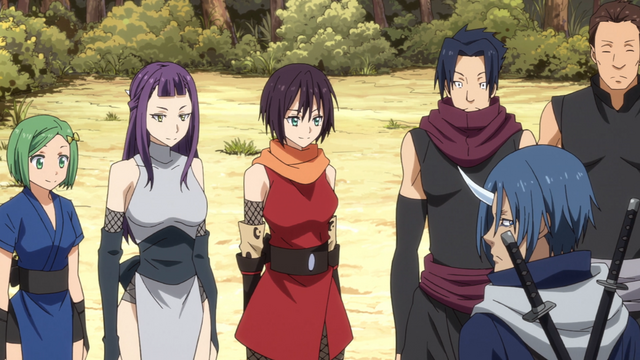 Many of Rimiru’s followers now have developed appearances almost indistinguishable from that of humans. If the Ogres evolved again would their horns disappear? If the lizard people evolved again, the remainder of their scales? Humans appear to be the dominant race, save for perhaps demon lords. Could that be because they’re actually a conglomerate of various races that are highly evolved and have formed tribes based on similar appearance?

We’ve seen human children, but can we be sure that they were actually born human or did they evolve their appearance because they were actually given names at a young age? Do two races that have evolved into human-seeming appearance who have a child together make a creature with a human appearance or that of monsters until they’re evolved? 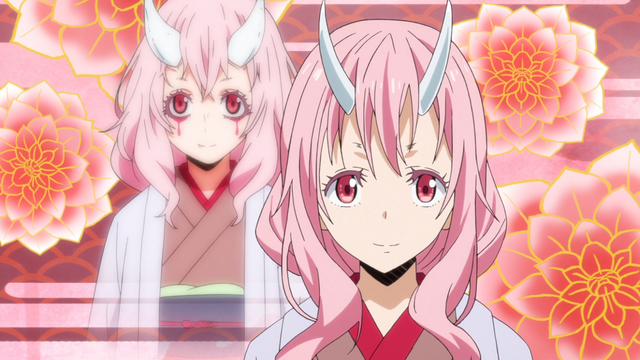 I shall never forgive this crime

Was Rimiru actually sent to the past before the collective world level grew so high that all monsters evolved into a single homogenous race?

What is age in The Rising of the Shield Hero? 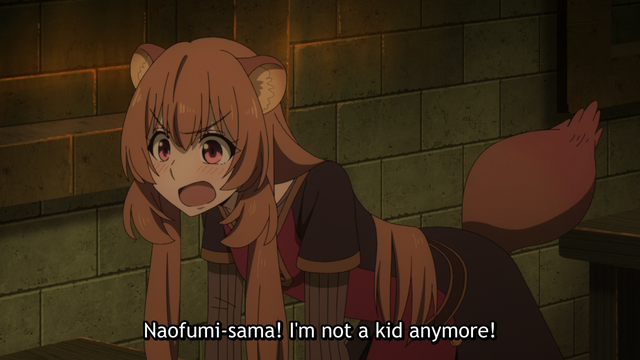 A literal week after she was a child

The Rising of the Shield Hero has introduced some odd video game rules into its fantasy world, but by far the strangest made its appearance in episode 3, with Raphtalia making an in media res transformation from small child to teenager in a mere week. The only explanation for this seems to be that she leveled up to 18. Naofumi didn’t seem to notice the difference outside of how Raphtalia is treated but the change is unmistakable. I can only say I have a metric ton of questions. 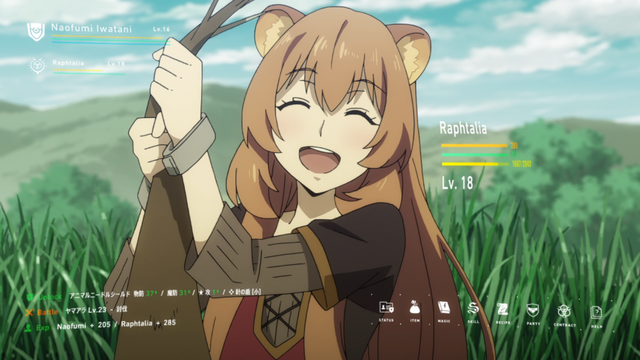 The smith makes an off-handed comment about beastmen being different, which implies this rule only applies to non-humans… Assuming that’s true, does that mean beast people ONLY age when they’ve leveled up? Would Raphtalia have remained a child forever if she’d never been let out of her cage to farm some monsters for experience? How about old age? If she continues to level up, is she destined to hit her 30s and 40s within the next few weeks of adventuring? 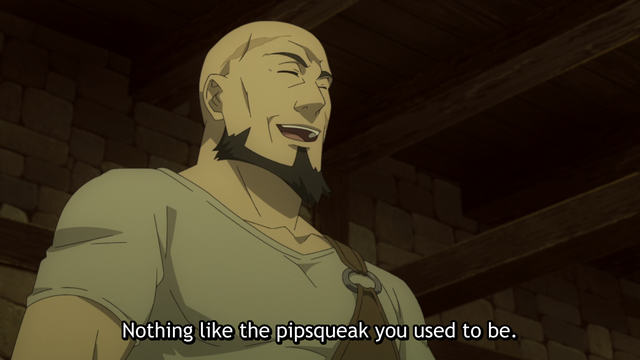 You figure he'd stop adventuring when his hairline started to recede

If that’s not the case, does that mean everyone in the kingdom has had to do some requisite adventuring to graduate from childhood? Age is just a number, so do physical changes have any influence over the mental development? Raphtalia didn’t seem to like being treated as a kid anymore and was much more forthcoming than she’d been only a week ago, but is she actually any more mature to go along with her new appearance, or is she a mental child now in the body of a legal adult?

Are the people unable to fight the waves because they purposefully stayed low level to maintain eternal youth? Will their world be destroyed by their own vanity?

What is literally anything in Grimms Notes the Animation? 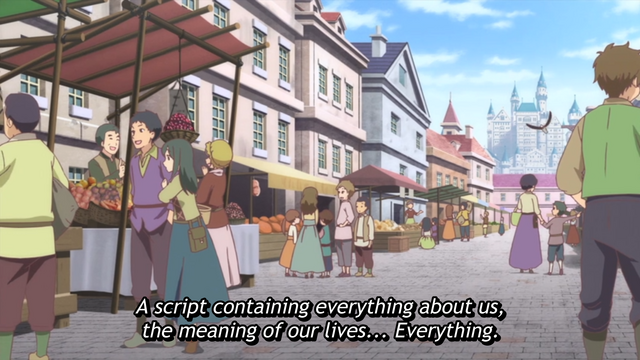 Grimm’s Notes is a sweet fantasy anime about fixing fairy tales with one of the most horrific premises I’ve ever encountered. Each fairy tale world is populated by people who carry around a book that contains the script for their entire life, every event of every day that they must follow or the the world will unravel, the violator will become a Chaos Teller, and the world will be destroyed. The main characters are born with empty books, effectively giving them free will, which they use to traverse between these story worlds to set their narratives right.

The first episode highlights the horrific nature of this premise as the first Chaos Teller they encounter is none other than Red Riding Hood who, unhappy with the prospect of being eaten by a giant wolf, began to resent the world that demanded she accept this horrific fate.

Which is… Pretty understandable. 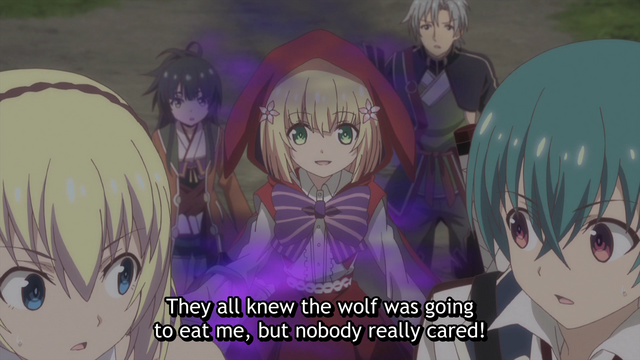 Maybe she's in the right wanting to kill them all?

In saving the world, the group convince the girl the buck up and get eaten since the hunter is sure to cut her out, but that’s definitely not something you wanna hear. In fact, every unfortunate event in life is something you can look forward to… wait, forgive me, I meant dread. These unavoidable future prospects leak into the everyday with a horrific quote from a quarreling married couple. 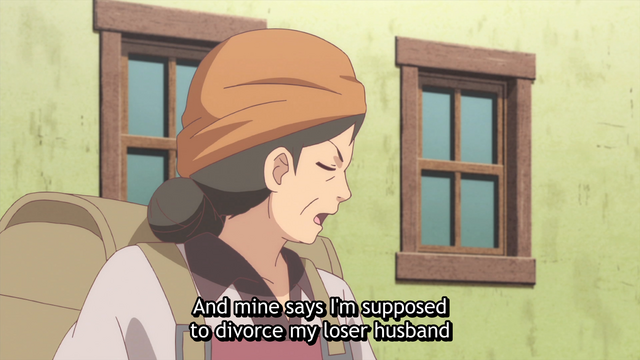 Never ever argue with anyone in this world

That’s pretty awful, but let’s take a step back. Are these worlds even real? Are our heroes traveling to different locations or traversing a simulacrum constructed in humanity’s collective unconscious? Is their work fixing these worlds for the sake of their own residents or are they storytellers attempting to maintain the integrity of the tale for the sake of future generations? Is the idea that these people are just figments built upon so many retellings more or less terrifying than real people born with their entire life planned out for them?

Is a predetermined life worth living? Is a world that enforces a single narrative worth saving? Are all our decisions actually following a script and the people of those worlds simply have the benefit of seeing it in advance? They say the book of fate contains the meaning of their life, so why does that itself create an existential crisis?

I wish I had answers to these questions and, yet, I fear them. It’s possible each of these anime is aware of these questions and may, at any moment, draw back their curtain to reveal knowledge mankind was never meant to obtain. Or, perhaps, is incapable of comprehending.

Or maybe I’m overthinking it?

Tags
that time i got reincarnated as a slime, the rising of the shield hero, grimms notes the animation, peter fobian
« Previous Post
Formal Dress Mash Kyrielight Is Waiting for You in the Crunchyroll Store!
Next Post »
Real-World Inspiration for Free! Opens Website for Anime Tourists
Other Top News
31 Comments
Sort by: