What do Kizuna Ai and Hideaki Anno have in common? 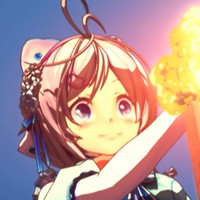 With The Promised Neverland and Mob Psycho 100 II landing this season, it’s understandable that some great anime may receive less attention than they might otherwise. In the chaos of premiere weeks, it’s easy for an anime to fall under the radar. That said, I’m unsure how one anime in particular managed to fall beneath notice. After watching the insane premiere of VIRTUALSAN - LOOKING, I had to do some investigating to find out who could do such a thing. The more I discovered, the harder it became to believe this anime actually exists. Just a year after Pop Team Epic graced our monitors, a new anime is already trying to knock it off its throne. What’s more, this may only be the first in a wave, as a new infernal engine in the anime industry is just beginning to turn over…

Having somehow managed to avoid any mention of the anime before I first laid eyes upon it, imagine my surprise when the first episode opened with none other than famous horse-headed Japanese Virtual YouTuber, Baacharu, introducing a virtual city wherein Japanese VTubers live alongside one another. It turns out the anime is fully cast by VTubers, featuring over 30 channels with five channels together forming the “Virtual Real” core cast. 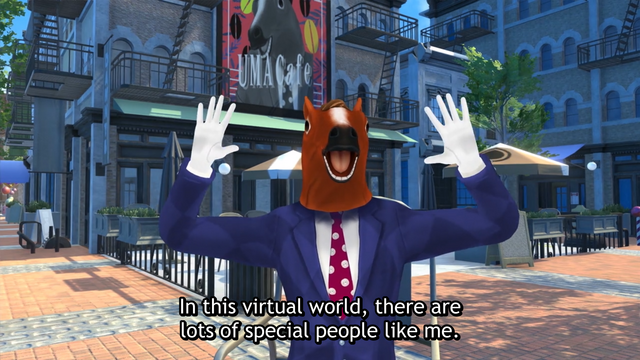 “What the hell could this possibly be about?” I wondered, unaware that I’d be spending the next 20 minutes of my life witnessing a series of comedy sketches so absurd they'd actually give Popuko and Pipimi a run for their money. I'm not sure any description I give of the anime could really do it justice. Each segment skips between choreographed conversations that make some unbelievably obvious anime references, conversations you'd swear weren't scripted, and bizarre segments that could literally lifted out of one of the VTuber's own channel videos. Each featuring CG animation that is, in turns, as charmingly awkward as the original Kemono Friends and a horrific imitation of humanity not unlike an alien wearing the skin of a freshly slaughtered human. 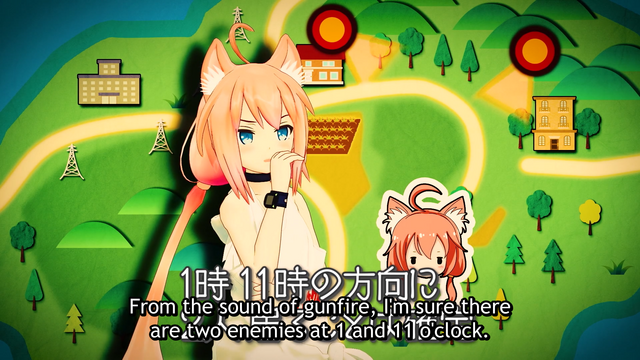 I needed to learn more about how something like this could come together, so I did a little research and there seems to be no bottom to this well of knowledge I've fallen into. To begin with, I had no idea that VTubers were already organized like many other forms of celebrity in Japan, using REAL brick-and-mortar agencies to manage virtual talent. But that's just my own gap in knowledge, when it comes to the names behind the anime, the project itself begins to sound like its own form of performance art.

Scrolling over the information about the shows production, I nearly missed one of the biggest credits tied to the show. My vague feeling of familiar when listening to the OP was validated when I discovered that none other than Kizuna Ai herself was the vocalist for the theme “AIAIAI.” I should have noticed during the credits themselves, but I was extremely distracted by Siro growing to the size of a nearby skyscraper before detonating its top several floors.

But I was still curious. Who could have articulated that 24 minutes of raw chaos? What sort of individual even comes up with the idea for this kind of show? Why were the girls all wearing the school uniforms from Neon Genesis Evangelion? The rabbit hole went even deeper… 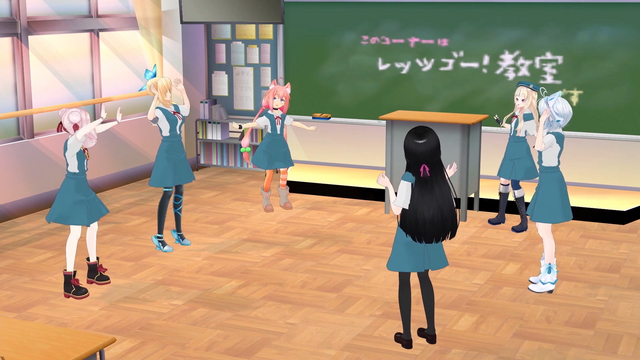 I’d never heard of Studio Lide, apparently for good reason. It was just recently founded in 2018 specifically for the purpose of producing anime related to VTubers. What’s more, the partnership that founded the Lide included major names like Kadokawa and studio khara! That’s right, the studio that is (hopefully) hard at work on Evangelion: 3.0+1.0! Hideaki Anno himself is list as a creative consultant. That's right, he’s taking time out of his busy schedule directing the most important anime film of this decade to work on a VTuber variety show. Anno even specifically gave them permission to use the school uniform designs from NGE. 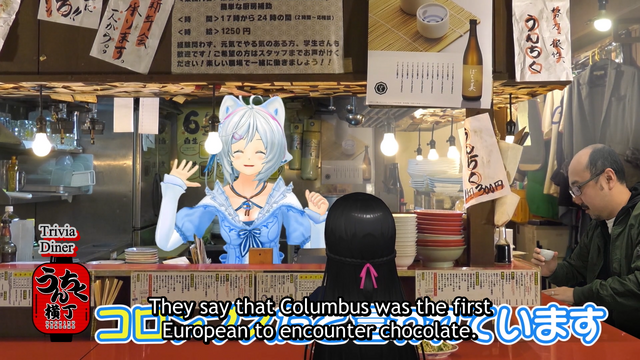 The show itself is wild, but I can’t help but wonder what this means for our futures. You may be more savvy to the state of Virtual YouTubers than I, but this is a huge event no matter how you look at it. Studio Lide is doubtless planning many more projects starring VTubers. Can we expect solo shows? Theatrical productions? VTuber cameos in other anime?