Etrian Odyssey Nexus Is A Great Game That Might Destroy You

Play smart, and this will be a rewarding experience 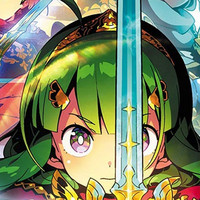 A few hours into Etrian Odyssey Nexus, I figured that I'd gotten the hang of things. The game does a pretty good job of explaining its ins and outs, and you never feel overwhelmed by the complications of its mechanics. I've never been a huge fan of old school dungeon crawlers (though I did spend a month trying to convince myself that I was definitely a Shin Megami Tensei kind of dude,) but Etrian Odyssey Nexus won me over with its colorful adventurers, simple world building, and lavish customization options.

And then a big monster killed me, and it was Game Over. Wait, what? That came out of nowhere. There must have been some mistake. It's too early in the game for this to be happening. I'm supposed to be in the "Feeling Awesome About Myself And My Abilities" stage, not in the "Oh God Why Can't I Retreat?" stage. So I grinded a little bit and bought some new weapons and armor, and then I went back to face that same monster, a large, killer panda thing. And I whooped it. I remember pacing around my kitchen with my 3DS and throwing one of my hands in the air like Judd Nelson at the end of The Breakfast Club.

And then I met another killer panda across the map and it was Game Over again. Because Etrian Odyssey Nexus is less about winning all your battles and more about choosing them. 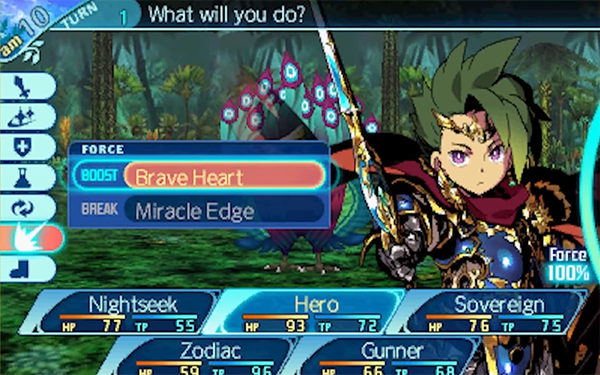 The final Etrian Odyssey game for the Nintendo 3DS, Nexus is love letter to fans of the series, a Greatest Hits collection of the franchise, and a rad starting point for newcomers. I know that those first two things seem to contrast against the third one, but you'll see what I mean when you gaze upon the nineteen classes of adventurers that you can choose from. In RPGs, building your team can be less of a fun activity and more of something that's based entirely around utility and functionality. You need a long range guy, a magic guy, a healer, a brawler, etc. It's goes from being about choosing the characters that YOU want to just knocking stuff off a checklist so that the game doesn't pummel you into submission later.

Nexus combines the best of these two things. Obviously, you want to create a balanced team, but the customization options are deep and interesting enough that you're not really thinking about turning it into some sort of bland equation. And in the end, how you build your characters and use them ends up becoming much more important than just picking out the right classes based on your existing knowledge of how RPGs are supposed to work. As I mentioned, the turn-based battle systems can wreck all of your dreams if you expect a linear system of "I beat this labyrinth with my perfect team, so now I can easily walk into this next labyrinth" progression. 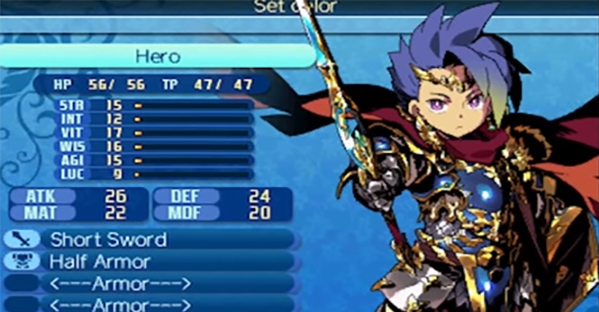 Instead, as time went on, and as I mapped out the various dungeons, I began to choose a specific plan of attack or lack thereof. In this labyrinth session, I'd grind some and raise my levels against smaller enemies. And then I'd leave, head back to the inn, heal myself, and my next session would be about collecting all the little treasures and discovering all the events hidden in the various nooks of the map. Then I'd go back in and try to take on some of the larger enemies. Then I'd start plowing through the side missions available. Taking on every aspect of each dungeon in one swoop would leave me bedraggled and get my whole party killed. Giving each dungeon run a specific purpose added way more hours to my play time, but also left me significantly less dead.

I've gone this far in the review without mentioning a single thing about the story and I've done that for a specific reason: It didn't really matter to me. Obviously the game has a narrative, one about the Princess Persephone inviting adventurers to come check out the world of Lemuria and the mythical Yggdrasil Tree, but as you make your way through the dungeons, crafting your own heroes and strategies, the plot falls further and further into the background. The NPC characters that you meet can be sort of important, but when it comes to an emotional impact, they have very little. They're mostly around to exclaim about the cool stuff that you're about to explore or warn you about upcoming dangers. 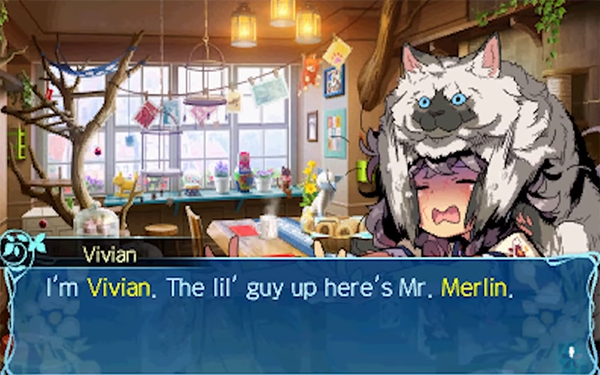 You might get more out of the plot and the people that inhabit the world of Nexus than I did. Heck, it would be hard to get less out of it. But in my opinion, it's mostly just window dressing. Etrian Odyssey Nexus makes no attempt to hide the fact that its draw and main focus is the obsessive dungeon crawling. If you can remember the names of any of the NPCs in the fourth second after meeting them, you're either awesome or a liar.

In short, I can't recommend Etrian Odyssey Nexus to everyone. However, I can recommend it to everyone that's ever thought about trying an Etrian Odyssey game before and passed the series up. I remember looking at the covers of the games many times and thinking "Eh, not now," and honestly, I kind of wish that I'd given the series a chance, if only so that I could've seen it grow into the game that Nexus is. So if you're in the mood for an RPG that you'll obsess over and one that absolutely refuses to hold your hand, give Etrian Odyssey Nexus for the Nintendo 3DS a try. Better late than never, ya know?

+ Forces you to play smarter if you want to win

- If you're looking for an enthralling story, pick literally any other game

- There are some weird difficulty curves that come without warning

Are you an Etrian Odyssey fan? Will Nexus be your first attempt at diving into the dungeon-crawling genre? Let us know in the comments!