Get in the Game! An Interview with the Director and Screenwriter of The Rising of the Shield Hero Anime 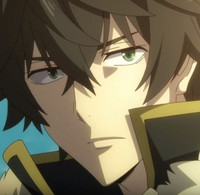 It’s official. The Rising of the Shield Hero is one of the breakout hits of Crunchyroll’s winter anime season. And as part of the mania, we now begin to present some interviews with the behind the scenes staff, starting with Director Abo Takao and Scriptwriter Koyanagi Keigo! Take heed that the usual spoiler warnings apply. Off we go! 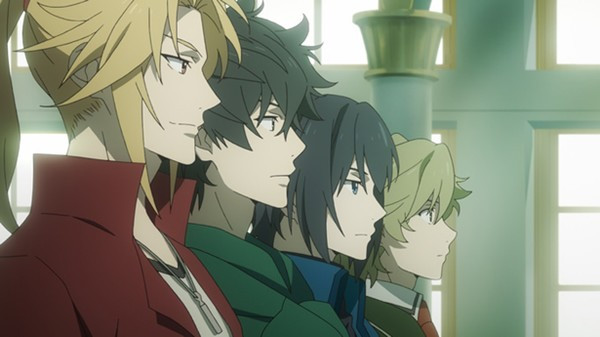 Tell us how you two came to work on this show.

Director Abo Takao: What kicked it all off was the CEO of Kinema Citrus, Ogasawara-san (Muneki), coming to me and letting me know a project was in the works. I was asked to direct the show, but I didn't know much about the series back then, so I read the source to find out whether I could handle it.

And you decided to take on the project after reading it?

Abo: Since I had next to no experience with the "otherworld" genre, both as a director and an animator, I had a hard time picturing the right approach to take with regard to the screenplay or the visuals. So I was pretty hesitant at first.

So what made you take up the offer in the end?

Abo: One of the main reasons was that I've always been interested in working on an adventure through another world. And I was very thankful to have the opportunity to do that as the director. The other main reason was that I wanted to try working with a setting that contained game elements. Shield Hero has a bunch of those, be it statuses or specials skills and whatnot. Admittedly, I'm not very well versed in games, so I saw this as a great learning opportunity.

How did it go for you, Koyanagi-san?

Scriptwriter Koyanagi Keigo: While I was working on Kinema Citrus's Made in Abyss, Ogasawara-san randomly handed me a bag full of the Shield Hero light novels and asked me to read through them. I had no idea what that was all about at first, (laughs) so I focused on Made in Abyss instead. But as we kept going back and forth with "Did you read it?" and "Not yet," I somehow found myself taking part in the Shield Hero pre-production meetings at some point.

So you were dragged into the project unawares? (laughs)

Koyanagi: I would say so, yes! But I'd worked with the studio on Made in Abyss, and I was very grateful that they wanted me back for their next show, so I jumped on the chance. Also, Abo-san and I had worked on Scorching Ping Girls and Made in Abyss and had even been credited together on an episode before, but we'd never worked face-to-face before, so that was another thing I was really looking forward to. It was like, if I can work together with Abo-san, then please let me work on this. 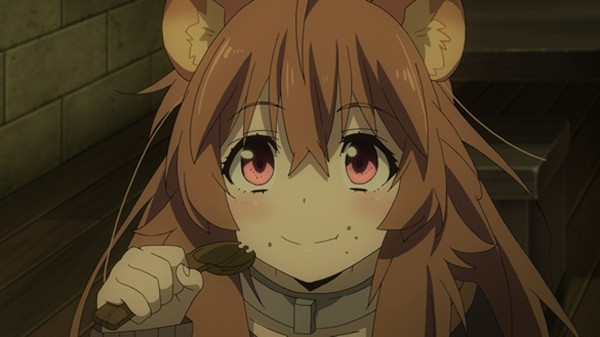 What kind of impression did you get from the Shield Hero novels?

Koyanagi: As the director said, I really liked the game elements in play. Meanwhile, I had to wonder just how much of that we could incorporate in an anime, or whether we even should. It was a pretty major sticking point for me.

Abo: It was a fine line between "this world is a game world" and "no, this is reality."

Koyanagi: Despite it being an actual living, breathing reality, concepts like leveling up and experience points come up all over the place like it's the most normal thing ever. Given that, we had to choose how far we portrayed it as a real world, and how much of it we portrayed as a game. We had to put a lot of thought and consideration into this right until the very end.

Abo: Game elements like these are extremely convenient as narrative devices, but if you rely too much on them the story you're trying to tell can become fairly monotonous. For example, let's say the protagonist is trying to get over a challenging hurdle. If you pile the game elements on too thick, it can lull you into thinking, "Hey, he can use an incredible skill just by chanting a few words and get past this, no problem." If you're not careful, the entire story could fall apart. Maintaining a proper balance to all of it was a major point of emphasis for us during the scripting stage. 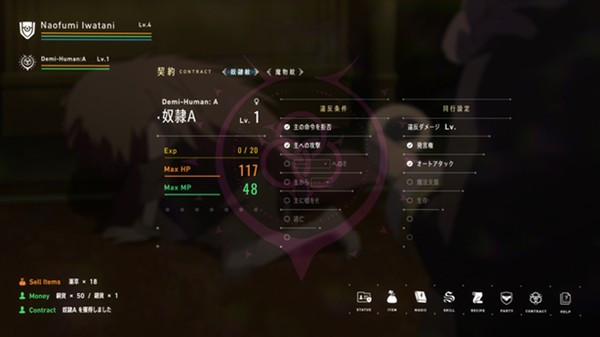 One gets the feeling that you went for a "show, not tell" approach with status screens and skill trees.

Abo: Yeah, I always planned on incorporating the status screens and skills in the visuals rather than the dialogue.

Koyanagi: Using dialogue to point that a character leveled up or learned a certain skill eats up time and also interrupts the flow of the overall story, so we tried to show all of that using the visuals. There's a lot of flavor text like that on the screen, so if you're interested, please take the time to pause and read through them. 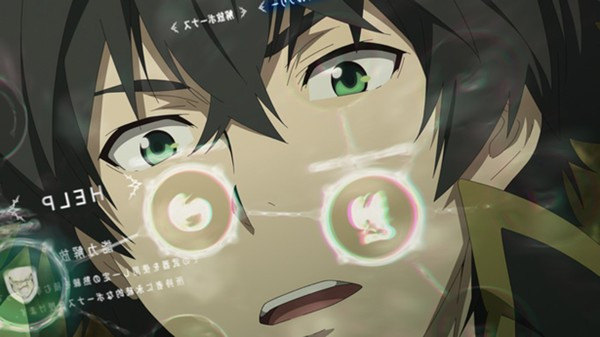 Director, you said you aren't much of a gamer yourself, so who came up with the overall concepts and designs for the status screens and skill trees?

Abo: We got the youngsters on the team to take up roles as the lead staff for the interface design and had them suggest ideas for how it should be done. I supervised the whole process from start to finish.

Koyanagi: There was this list of games we could use as reference, wasn't there?

Abo: Right. I received a bunch of games that seemed like they would help, but I never got the chance to actually play them. (laughs)

What about you, Koyanagi-san? Do you game?

Koyanagi: For RPGs, I just have a surface-level understanding. They're not really for me, so I keep ending up playing shooters, FPS or otherwise.

Let's talk about the story. What did you want to focus on as a core part of this anime adaptation?

Abo: Naofumi starts off all excited about life in another world, but the people around him keep trying to bring him down. That changes his outlook, but he still presses on without losing sight of himself. That mental strength is something I wanted to highlight, and I insisted that the scripts portray Naofumi's dogged perseverance as he takes on his enemies.

Koyanagi: The other thing the director decided on was that the story had to revolve around Naofumi and Raphtalia. Two cours is too short to cover everything in the story, so we had to narrow our focus on something that the audience would care most about. And in the end, we thought that "something" had to be the story of these two.

Abo: Well, we can't forget about Filo and Melty, but...

Koyanagi: Exactly. Of course, Filo and Melty will have their time in the limelight, but this is by no means a harem. Raphtalia is the one who spurs Naofumi into trying to find his place in this world. Naofumi would never have reached that conclusion on his own. So it was very important to us that Raphtalia be shown as a charming and compelling character, and that plays into Naofumi's issues as well, so we had a lot of discussions on how to protray the two and their relationship. 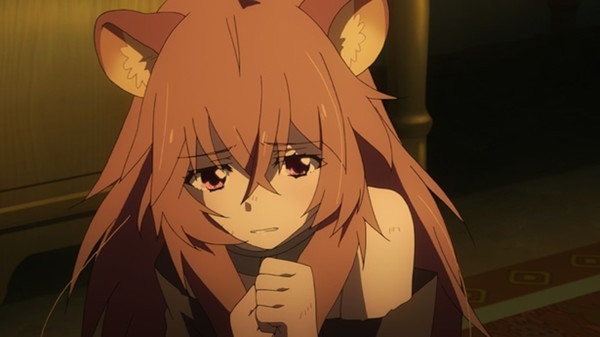 Were there any demands or requests from the source publishers?

Abo: I got the chance to meet Aneko Yusagi-sensei for a meal, and what struck me during my conversation with them was their thought process regarding the four heroes. They said, "this is a story of four protagonists who each believe they're doing the right thing." So when they clash, it's not a question of who is right and who is wrong. I learned that that's a key point in their depiction of the four heroes, and it made me want to tell the story of Naofumi finding an answer for himself in such an environment.

Koyanagi: I was there too, and I felt the exact same thing. If it weren't for the rule that the four heroes couldn't form a party, I'm pretty sure Naofumi could have brought them together to work toward a common goal. And that rule is the only reason they end up drifting apart. So I wanted to add to their complicated relationship as much as I could with my scripts. Of course, things aren't easy when it comes to the four of them, but I didn't go into it wanting the audience to hate the other three heroes. I tried to write them in a way that they'd come across as stupid but lovable. 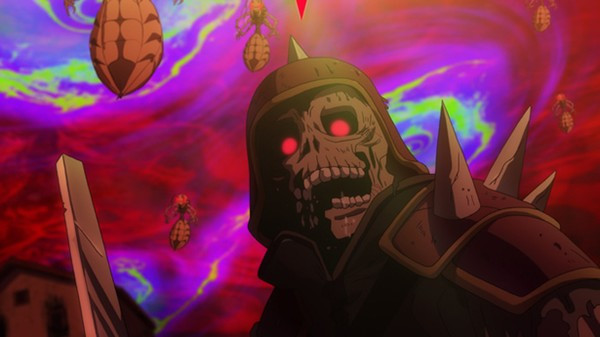 Now, we're approaching the battle of the Wave, the climax to the initial part of the story. What can we expect from it, and what should we look out for?

Abo: What I wanted to depict with this part was how Naofumi may not be powerful enough to win, but he can use his brains and come up with a way to fight how only he can. That's how his protective style is born, and that's the biggest difference between him and the other heroes. Sure, the battle animation is something I'm sure our viewers will enjoy, but I'd also like them to keep an eye out for and enjoy the difference between how Naofumi and the three other heroes fight.

Koyanagi: The episode with the Wave was written by Ezaki Ohine-san, who also wrote episode two. We knew it was an important episode where it was crucial to get all the location and situational details exactly right, so instead of leaving it all up to the storyboarder, everyone on the script team together with the director and tried to incorporate Naofumi's approach and the way he fights to protect people in the script itself. I'd like people to keep an eye out for how the entire village is laid out and animated. 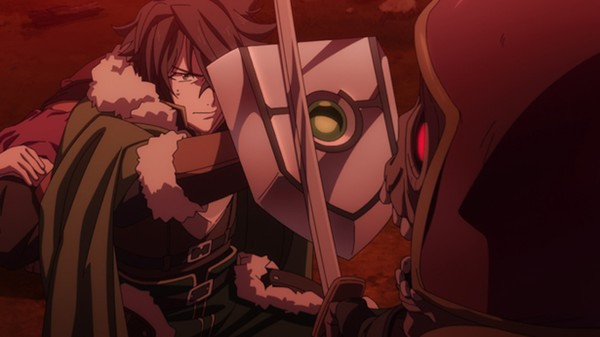 Portions of this interview originally appeared on WebNewtype and are published here with permission of Kadokawa Shoten.

Watch The Rising of the Shield Hero Now on Crunchyroll! 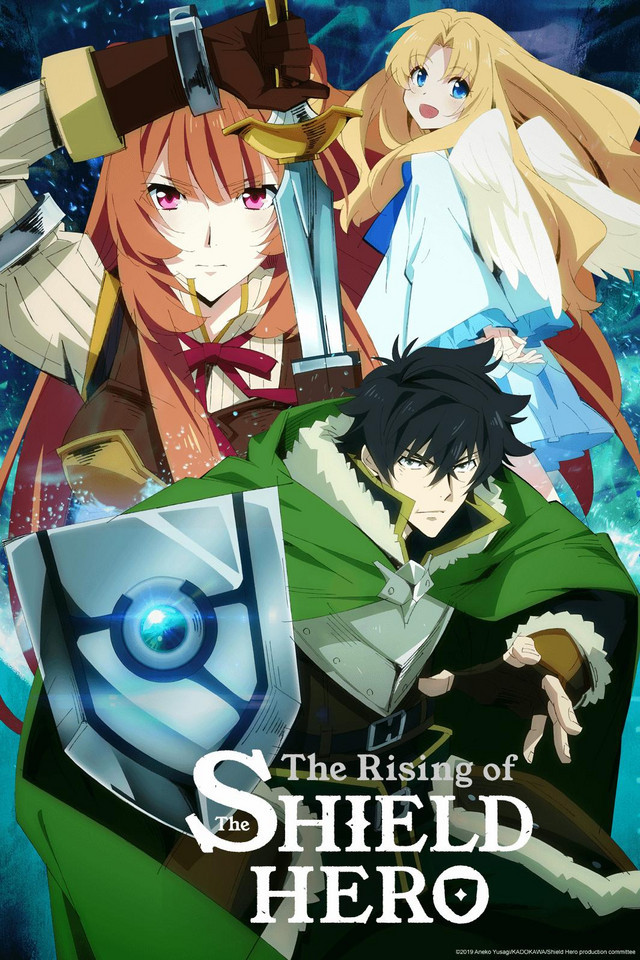