Tabletop vs. That Time I Got Reincarnated as a Slime: How Do the Monsters Compare?

Slime is a great show, but how do its monsters compare to their counterparts from real life tabletop games? 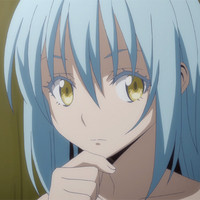 That Time I Got Reincarnated as a Slime is a fun show that’s nicely self-aware of its genre’s tropes and how to make itself stand out from the crowd. While the likes of Overlord take a much darker tone, Slime takes the more positive message of trying to bridge differences and make peace with everyone.

As the Dungeon Master of a Dungeons & Dragons campaign though, one thing has festered in my mind for a while now, starting when Treyni the dryad summoned what seemed like an elemental (called a spirit summoning in the show) to attack Gelmund. I used a dryad in the first encounter of my campaign. They can’t do that! So, between goblins, dryads, lizardfolk, orcs and all of the other fantasy creatures in the Forest of Jura and overall world, how accurate are the monsters to their real life tabletop counterparts?

The obvious start point here is with dryads, since they sparked the initial thought. 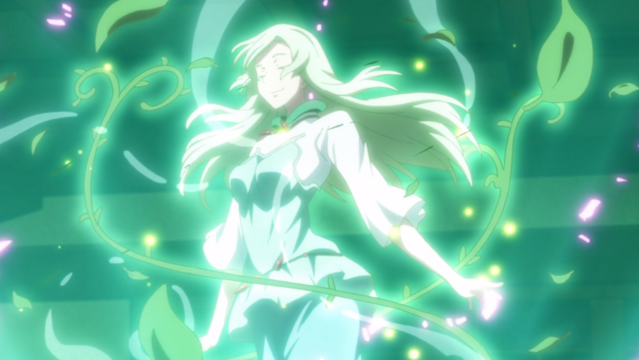 In Slime, we see them as protectors of the forest that everyone respects, which is exactly how they are most commonly depicted. As for their abilities, thus far we have seen Treyni’s summoning attack and a few instances of dryads seeming to appear out of the ground. The summoning has no basis in any tabletop game. In D&D, dryads can cast spells like Barkskin to become harder to damage, Shillelagh to deal more damage and Entangle to hinder their opponents. Over in Pathfinder, they have the same Entangle ability, Charm Person and Suggestion (which temporarily makes an enemy do what you want) among a few other spells.

In terms of the teleportation ability, both Pathfinder and D&D agree that dryads have an equivalent, but not quite as powerful as what is shown in the show. Instead of appearing by sprouting out of the ground, tabletop dryads can meld into and walk between trees, an ability called Tree Stride. So for dryads, Slime vastly over estimates their power, both in combat and movement. What about the goblins, and eventual hobgoblins, that Rimuru leads? 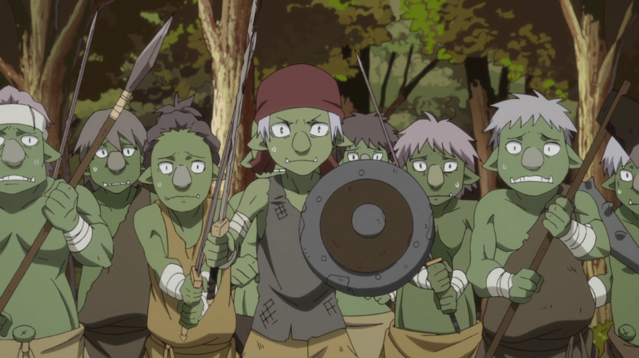 In Slime, the goblins are initially almost helpless, barely even being able to survive against the other monsters of the Forest of Jura. If not for Rimuru’s assistance, the dire wolves likely would’ve wiped out the village. This is fairly close to how they are depicted in Pathfinders, where goblins can be a tribe can have a significant portion of the population be noncombatants, and they tend to favor temperate forests and coasts, like the Forest of Jura.

In terms of abilities, tabletop goblins have so little that the show almost perfectly matches. In the tabletop games, goblins have some kind of shortsword and a shortbow. It's not exactly what the goblins have in the show, but they are making due with rusty swords and no armor, so it's not too far off, either. D&D goblins also get the ability Nimble Escape to get out of melee combat while Pathfinder goblins have improved initiative, to act more quickly in combat, and a significant boost to their ride skill, allowing them to more effectively utilize mounts (which the goblin riders will utilize).

Once Rimuru names the goblins and they become hobgoblins, things are less exact. Tabletop hobgoblins are less of an evolution of goblins, and more of a side branch. They are more militaristic and industrialized, with less focus on stealth or riding.

In terms of equipment, hobgoblins have longswords and longbows, and, depending on the game and specific type of hobgoblin, some amount of metal armor and a shield. While we do not have explicit confirmation on what kinds of weapons most of Slime’s hobgoblins are using, this upgrade would easily happen once the dwarves began aiding the village and providing better made weapons and armor. But what about the leader of the hobgoblins, the titular monster itself: the slime? 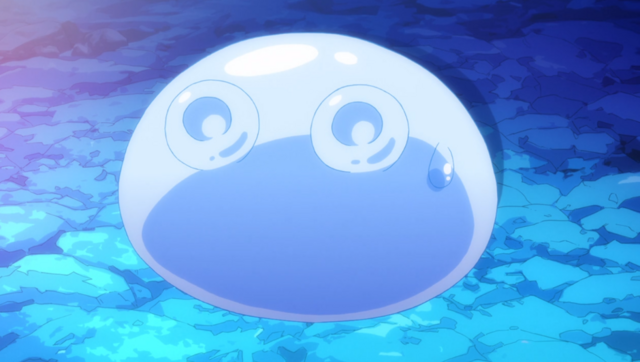 It's obvious Rimuru isn’t a normal slime, even directly after being reincarnated. In both Pathfinder and D&D, slimes (technically called oozes) have no intelligence, as most people in the world of Slime initially expect of Rimuru. However, before absorbing various creatures in Veldora’s cave (and Veldora itself), and eventually gaining a human form, Rimuru is supposed to be a mostly standard slime, just with extra intelligence and some abilities that carried over from when he was dying in his original world.

Rimuru’s main ability, Predator, is closest to being an evolution of the Engulf ability from D&D. Both abilities dissolve whatever creature is consumed over time, but Predator has no limit on how large the thing being consumed is, and when a creature gets consumed, Rimuru gets its main abilities. Engulf only works on size class large or smaller creatures (horses are considered large, humans are medium), and an engulfed creature is restrained like in the show, but then it just takes acid damage until it dies or passes a strength check to escape. No touching scenes of past life experiences or new abilities from eating the enemy.

Tabletop oozes are also immune to exhaustion/sleep effects, whereas Rimuru passes out for several days afterusing too much magic, but since oozes don’t have magic to begin with, that is potentially just something unique to Rimuru. Interestingly, even Rimuru not being able to see much anything until Veldora teaches him magic sense is not accurate to tabletop oozes. In both Pathfinder and D&D, oozes have blindsight, which allows them to see a certain distance despite not having eyes. 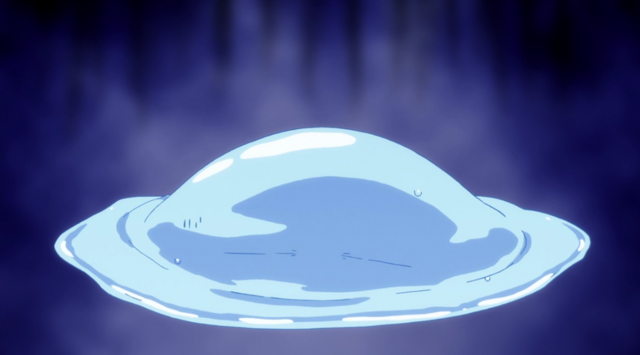 So in short, That Time I Got Reincarnated as a Slime is all over the place with respect to how close the monsters are to their tabletop counterparts. Rimuru is nothing like an ooze, which is to be expected, but neither is Treyni anything like a dryad. Meanwhile, the goblins and hobgoblins are surprisingly close in many respects.

My best guess as to why some monsters are strikingly similar to their tabletop counterparts while others deviate heavily is that the show takes much more inspiration from video games. As a result, the monsters that were adapted to the video format and retained many of their tabletop attributes were likely represented more accurately in the show, while those either adapted for video or left out entirely changed much more significantly. 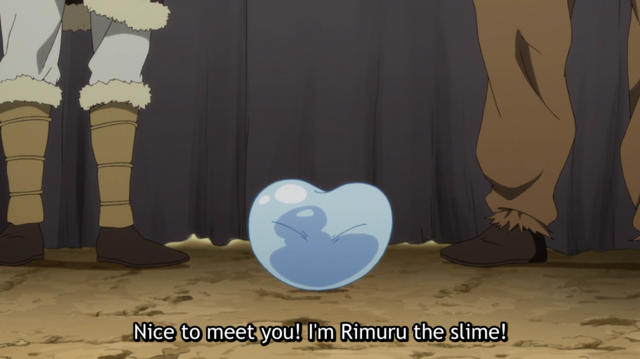 All said, the show is still very enjoyable to watch, especially as a more upbeat and positive take on a popular setting in recent years, and the various monsters work off of each other in a way that makes the world feel complete and lived in, even if some of the monsters need to be adapted more than others to complete the transition.