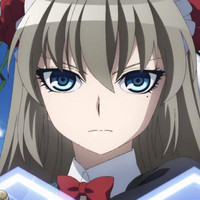 Magical Girl Spec-Ops Asuka is the latest entry in the magical girls turned dark subgenre, but unlike many of its forebearer, the show approaches the popular theme from a unique angle, exploring what happens after a battle-seasoned magical girl hangs up her boots and frilly outfits. In this world, the wars have already been fought and won, the magical teddy bear-like beasts called Disas have been defeated, and the magical girls, at least the very few that managed to survive, are each trying to reintegrate into society in their own ways. But peace doesn’t last long; as a mysterious terrorist group emerges a few years after the final battle at the top of Mt. Aso in Kumamoto, this time letting the Disas run rampant in the streets of Tokyo, prompting Asuka to dust off her magical karambit once again.
While there isn’t much to discuss from an anime tourism point of view here so far, it’s still cool to just see where all of these battles take place in real life. Let’s take a look!

Queen’s main objective is to capture the remaining magical girls to help her develop a “Girl of Mass Destruction”, meaning the best way to lure them out of hiding is to cause chaos in Tokyo’s busiest districts, which makes the ultra-lively Shibuya a good target.

For some reason, the iconic Shibuya 109, a large department store mainly geared towards young women, is always amongst the first buildings to take a hit, regardless of the anime. As a funny sidenote, the sign reading HAM in the anime is actually an H&M ad.

The Shibuya Crossing is the busiest intersection in the world, there really is no need for giant Halloween-class Disas to make it anymore hectic than it already is.

The headquarters of the Tokyo Metropolitan Police Department is located in Kasumigaseki, in both the anime and real life.

The known terrorist Kim Kanth gets transported along the Shuto Expressway, when suddenly a group of masked men free him. They then try to make their escape up Sotobori Street towards Iidabashi.

But after her school friend Sayaka gets caught up in the action, Asuka finally steps and intercepts them next to the the small Iidabashi Station B2a exit, which has already been featured in the anime Tsukigakirei and Eromanga Sensei.

Asuka also manages to protect the Canal Café to her left here, which is where Masamune and Elf had a drink at in Eromanga Sensei’s episode six.

The Starbucks to the left here was just simply renamed coffee in the anime.

Shinjuku is the next busy entertainment and business district where the terrifying plushies wreak havoc, right in front of the famous Isetan flagship department store.

War Nurse Kurumi fights the Disas in front of the Shinjuku H&M store here. Unfortunately, the anime refrained from renaming the Swedish clothing-retailer HAM this time.

An older reference image has been used for this background here, as the façade of the Studio Alta department store looks a bit different nowadays.

The girls buy their tickets for “Cheerleader Samurai vs. Megaton Shark” at the Shinjuku Piccadilly Cinema. To be honest, I’d actually go see that.

And lastly, in the third episode the show makes a quick excursion to Mexico, where Just Cause Mia storms a drug cartel, showing us some actual, although outdated, Tijuana locations in the process. In the far back you can spot the Monumental Arch located at the beginning of the Avenida Revolución, the city’s tourist center.

Now that Asuka has finally put retirement on hold, I hope that she, together with Iizuka's M Squad, expand their field of operations a bit, just so we get to see more locations outside of Tokyo again. A return to Mt. Aso in Kumamoto Prefecture, which is where the last war’s decisive battle took place, would also make for some interesting locations.

What’s your favorite dark magical girl anime? And what do you think of Magical Girl Spec-Ops Asuka so far? Sound off in the comments!