Anime vs. Real Life: Run with the Wind – Predicting the Team’s Starting Order 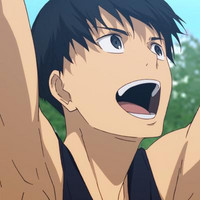 The prestigious Hakone Ekiden is almost upon us in Run with the Wind, as Haiji, Kakeru & Co gear up to finally conquer the steep mountains of Hakone. The 2-day relay race between 20 Japanese Universities dates back to 1920, and annually takes place on the 2nd and 3rd of January, taking the runners all the way from central Tokyo to Lake Ashi and back. I’ve been looking forward to seeing the tradition-steeped racecourse animated since my first visit to some of the early locations of the show, and at last, Haiji took the gang on a trip to preview all of the course’s ten sections in last week’s episode. In order to have at least a fighting chance, the mismatched group of dorm inhabitants will need to match everyone’s strengths to each 22 km section. So while we go over each stage now, let’s make this a little more fun, and try to predict the runner for each section!

The 2-day race from Tokyo to Hakone is divided into a total of ten sections, where each runner runs one section, handing over a sash to the next runner of their team at the designated relay stations. The five sections on the first day lead all the way from Otemachi to Lake Ashi, which equals a total of 108 km (67.1 miles). The second day retraces the course all the way back to Tokyo, with a few slight variations, which is why the distance is 109,9 km (68,3 miles) in this case. Each of the sections is around 22 km (13,5 miles) and should take them around an hour to finish, which seems absolutely insane from my layman’s point of view.

The Hakone Ekiden starts in central Tokyo in Otemachi at 8am, on the north side of the Yomiuri Shimbun Building. The start of a race can make or break a team, naturally making the first 21,4km-long section, which is completely flat for the most part, one of the most exciting ones. The roaring crowds and dozens of camera teams will be putting a lot of pressure on the starters here. Musa seems like a good fit here because of his good composure, and due to the fact that he is one of their fastest runners on flat tracks, as stated by the twins during the training camp. They’ll definitely want a fast runner to start them off.

The race finishes right here again on the south side of the Yomiuri Shimbun building on the next day, with an equal amount of fans cheering them on. The anime already somewhat foreshadowed that Prince would be the one running the final section. While they were inspecting the Tsurumi relay station, which is where runners pass along the sash from sections 1 to 2, and 9 to 10 on the way back, all of them looked at the road ahead to Hakone. Except for Prince, who was facing backwards.

The glorious section 2 is called the ace’s section, and teams usually pick their strongest and fastest runners for this stage. The harsh section runs 23,3 km from the Tsurumi relay station to the Totsuka relay station and includes two long and steep slopes. Kakeru is the team’s undeniable ace, and Haiji already asked him if he were up for it, so I don’t think there’s any doubt here. On top of that, Fujioka ran the section in last year’s race as well, and their inevitable duel has been teased for quite a while now.

As for the return stage, I have a feeling that Jojiro or Jotaro, one of the twins, will run section 9, and I’ll explain why a little further down.

The third section is the most scenic one, with runs along the ocean and the majestic Mt. Fuji lingering in the background. We probably know the least about Yuki’s and King’s running style and capabilities, so all we can do is guess here. But since Yuki mentioned during the training camp that he now enjoys a good view, even though that’s something he’d thought he’d only enjoy once he was old, so I’d probably place the team’s strategist here.

The scenic section 3 and section 8 respectively are also the sections with the most bystanders and fans cheering. The twins’ primary reason for joining the team in the begging was to impress girls, but they’ve lately have been lacking the motivation to run, since they don't see much purpose in running in a race they don't have any realistic chance at winning. While that is true, it’s also important for the team to at least make it into the top ten of the Hakone Ekiden, since the first ten teams will qualify directly for next year’s race. Sections 8 and 9 are very important for mid-table teams, as this is often where the bitter fight for the remaining top ten slots starts. This might give the demoralized twins the push they need to keep on fighting.

Nico has been running in high school before, so his experience might come in handy for the many slopes of section 4.

Section 7 has a significant drop in temperature, going from the mountains all the way down to the coast. I don’t really have any specific reason here, but I’ll just gamble that King will run in this section.

Section 5, the final section of the first day, should definitely go to Shindo, as this is the most brutal one, climbing almost 900 meters into the steep mountains of Hakone. However, Shindo himself is from the mountains and has proven during the training camp that no one can beat him in an uphill battle.

Section 5 and the first day end right next to the Hakone Ekiden museum in Hakone, on this little parking spot. This is also the turnaround point of the race, and the race will continue right here on the next day going back to Tokyo. The winner of the first day will start at 8am on the second day, with the remaining teams starting with time-delays according to their achieved times on the previous day.

As for who is going to run in section 6, the first section of the second day, I fear it’s going to be Haiji. Running up the mountains is brutal, but going down them equally so, putting a lot of strain on the runners legs. And as Haiji likes to repeat: the mountains of Hakone are the steepest in the world. His leg is completely healed, right? There’s nothing to worry about, right? RIGHT?!

No matter which section he’ll run, Haiji’s physical condition will be the cause for some drama. It’s important to note that the whole team gets disqualified when a runner drops out of the race. There’s also an additional rule that if a runner can’t reach the relay station within 20 minutes after the top runner, that the next runner has to start with a differently-colored substitute sash. The time difference will then be added to the overall time.

And there you have it, a complete overview of all the sections of the Hakone Ekiden. Check out my map for all of the mentioned spots, as well as the locations from my first visit to the early Run witht the Wind anime locations. In case you want more, here and here are also some comparisons from the Hakone Ekiden qualifier.

Who do you think is going to run in each section? And will Haiji’s leg be fine? We’d love to hear your thoughts in the comments below!