Today let's celebrate some of the very best parents in anime! 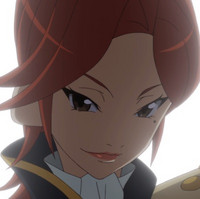 Hello all, and welcome back to Why It Works. I’ll confess, ever since writing last week’s article about how Mob Psycho’s Reigen presents a uniquely honest and refreshing portrait of mentorship and parenting, I’ve been sweating about all the great anime parents I didn’t mention. As it turns out, in spite of late-night anime having a general tendency to ignore parents, there are still plenty of great anime full of parents who don’t, say, underpay their dependents while lying to them about their con artist job. The complex, perpetually evolving responsibility of parenting has been tackled from a variety of directions by a number of terrific shows, and today on Why It Works, I’d like to celebrate just a few of those parents or parent-adjacent figures who’ve struck me as uniquely human and vivid characters. Here’s to great anime parents! 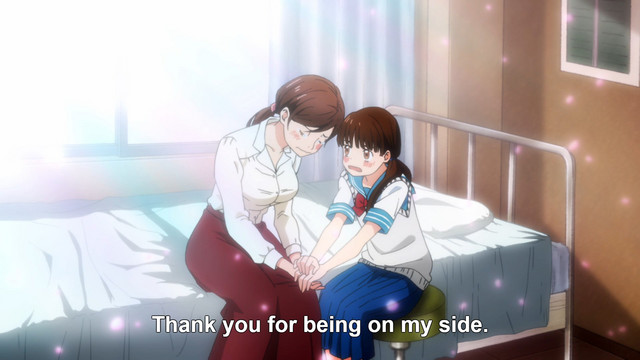 First off, in keeping with the Reigen theme that prompted this list, I feel the need to celebrate a parent who’s not technically a parent: Akari Kawamoto from March comes in like a lion. After her mother dies and her father disappears, Akari is forced to become the main caretaker of her two younger sisters, managing their lives while also supplementing the income of their grandfather’s sweets shop. But none of the tolls that these many responsibilities must take on Akari are ever acknowledged directly; instead, over its many episodes conveying life in the Kawamoto house, we naturally come to understand both Akari’s tremendous strength, as well as the joy she finds in this life. Whether second-guessing herself on how to handle her young sister being bullied at school or learning to accept the help of family friends, Akari’s struggles convey both the strength and fragility of a dedicated parent, illustrating the communal love of the Kawamoto home with all of March’s formidable powers.

Moving on to a somewhat more traditional parental figure, no list about great anime families would be complete without The Eccentric Family itself, and Tousen Shimogamo is one heck of a mom. The entire first season of Eccentric Family is essentially constructed around Tousen and her four sons coming to terms with the death of Tousen’s husband, Souichirou. Souichirou was the rock of this family, and though his first son Yaichirou attempts to follow in his footsteps, it’s clear that none of the members of this family can individually replace their father (who was not just their father, but also a key leader in their society). Through all of her sons’ flailing attempts to define themselves, Tousen remains a quirky and endlessly loving source of strength, performing confidence while grappling with her own fierce grief. Additionally, Eccentric Family’s mature perspective means it’s able to explore a specific kind of parental relationship most anime don’t cover - the bond between loving parents and their fully adult children. 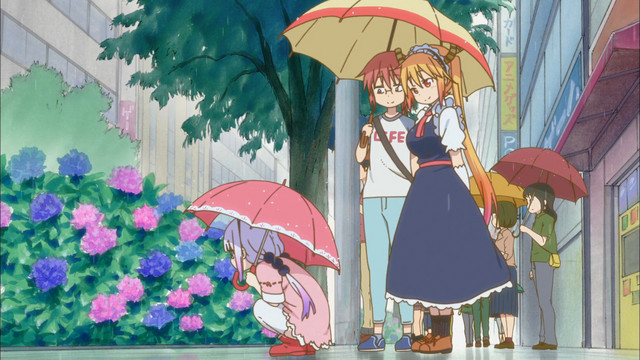 But great parents aren’t exclusive to tanuki families - they also show up in families composed of a human, a dragon, and another dragon. So it goes in Miss Kobayashi’s Dragon Maid, where the perpetually fatigued Kobayashi and her dragon-lover Tohru essentially end up adopting the diminutive dragon Kanna. In spite of this fanciful setup, Dragon Maid ends up exploring much of the same compelling space as Mob Psycho - Kobayashi is essentially learning how to be a parent one disaster at a time, and her grand failures feel just as sympathetic as her victories. No adult truly has it all figured out, and Kobayashi stands as a heartening example of someone who hasn’t figured anything out, but is still doing her best to make her daughter happy.

Kobayashi isn’t the only great accidental parent of recent years, though - we also have Nitta, the yakuza-thug-turned-dad of last year’s hilarious Hinamatsuri. Though Hinamatsuri is also full of weird psychic battles and surprisingly thoughtful social commentary, its heart is the relationship between Nitta and Hina, the strange psychic girl he ends up adopting. Hina’s psychic powers might well stand in for any of the things our kids do that frustrate us immensely, and Nitta’s struggles to love his terrible garbage child feel like a validation of all parents everywhere. It is abundantly clear these two love each other, and also that they are perhaps the best people in the world at driving each other crazy, and the negotiation between those two truths kinda feels like what parenting is all about. 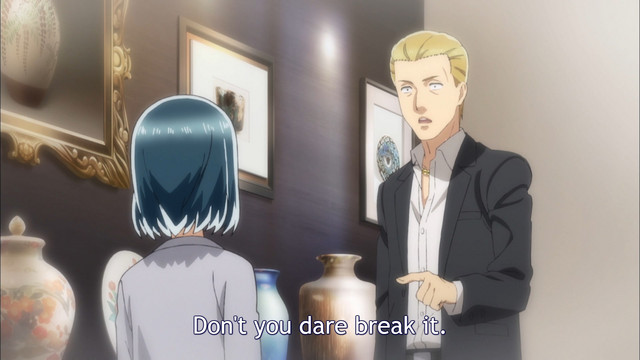 I’m already spilling over my limit, but I still feel like I’ve only gestured towards a tiny fraction of even just recent noteworthy anime parents. Heck, I haven’t even talked about Sweetness & Lightning, which undoubtedly features one of the most simultaneously charming and convincing parent-child bonds in years. As I age into a rickety old man, I find myself more and more taken by stories which engage with both sides of the parent-child bond, and explore the poignant complexity of trying to simultaneously teach your child about the joy of the world, shield them from its worst offenses, and actively manage your own life in the margins. Parenting is the greatest responsibility imaginable, and shows which celebrate its complexity feel like a validation of all those who’ve given so much to help us face the world.

I hope you’ve found a new show to check out among my list, and please let me know about all your own favorite anime parents in the comments!