The captain of the Straw Hats is a joy to play as! 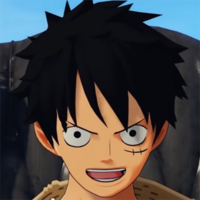 There are a lot of ways that One Piece World Seeker could've gone horribly, tragically wrong. And honestly, sometimes it felt like it was about to. The second or third time a random villager tells you "Hey, could you find two potatoes for me!" or "I need three small flowers so that I can ask a girl on a date!", you get that terrible feeling in the pit of your gut that says "Oh no. This might be all that the game is. This might be it." 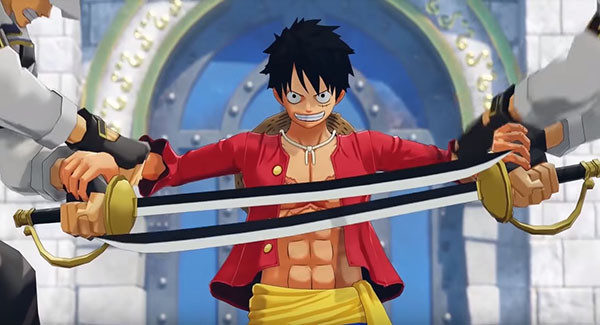 But even when it's lackluster (and trust me, finding items for strangers is rarely anything but), One Piece World Seeker rides on a wave of simply being inherently pleasant to play. In fact, I don't think it's ever been this fun to play as an anime character in a non-fighting game. Playing as Luffy is rad. Zipping up on signs and propelling yourself through the air never gets old. Building yourself up so that you can use your Gum Gum Elephant Gatling Gun attack or go into Gear Fourth is always a treat. And gaining new powers so that you can find fresh ways to explore the island makes updating your skills a fun exercise, rather than something that you feel forced to do just so you can keep up with the game.

I know that some of you are probably hesitant to purchase this game because you can only play as Luffy and none of the other members of the Straw Hat Crew, but if there's one definite thing that can be said about World Seeker, it's that at least the character that you DO get to play as is awesome. 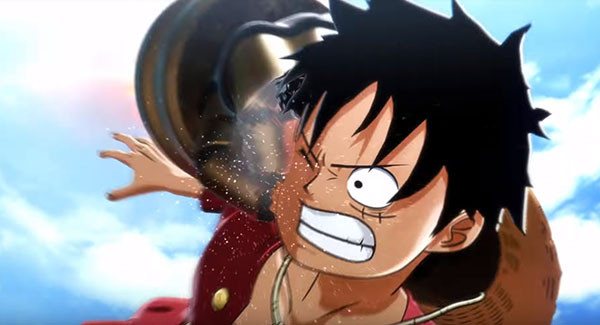 But even if you can't play as them, don't worry about not getting to hang out with your various Straw Hat pals. They can be found on the Thousand Sunny or around the Prison Island, giving you missions and helping you with your equipment and such. And along with them is basically a montage of One Piece villains, many of which you fight in battles that often come out of nowhere. But we'll get to that in a second.

The plot of One Piece World Seeker is this: Prison Island is a land divided, with its citizens being either emphatically for or against the heavy navy presence there. And stuck in the middle is Jeanne, daughter of the former leader of the island and now trying desperately to keep things from falling into chaos and corruption. Her brother is Isaac, and he is mysterious and has sweet robot hands. That's all I have to say about him. 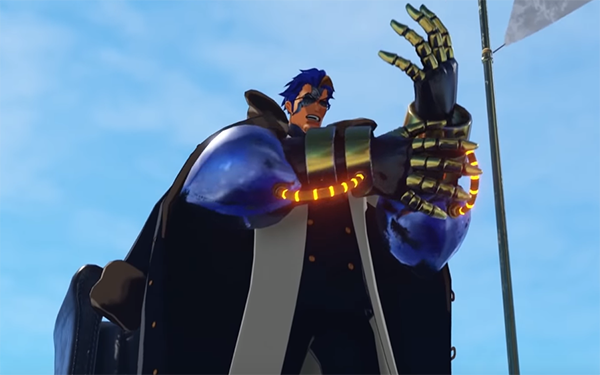 Over the course of the game, you'll delve into the secrets of the island, duel with many pirates and navy operatives, and try to help Jeanne. And man, does Jeanne need a lot of help. Though she does grow over the course of the game, many early portions involve her being unable to settle even the slightest dispute among islanders, only to have Luffy remind everyone to be nice for once and/or beat them up.

In One Piece World Seeker, Luffy is not only a prolific adventurer, but a relationship counselor and therapist. Somehow, Luffy's suggestion of "Hey, it's family! You should help 'em out!" fixes all woes. And on that note, I never noticed just how much One Piece has in common with the Fast and the Furious franchise when it comes to their themes and structure. A group the collects members as it goes in order to complete increasingly huge and explosive missions, all while constantly reaffirming the importance of family? Huh. That's a neat realization. 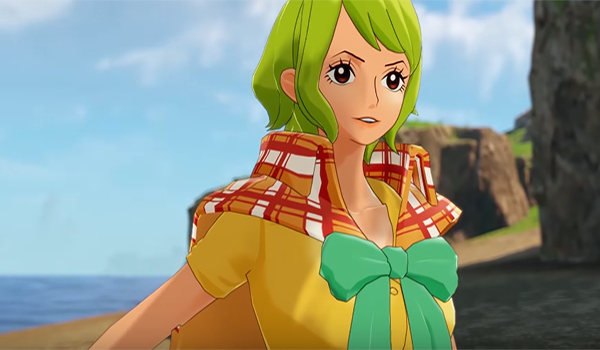 However, the main draw of this game isn't the conflict resolution discussions, surprisingly. It's the open world adventuring, and it only gets better as it goes along. I know that open world games usually suffer from the opposite: You're presented with this big, huge Gotham City or ancient civilization or whatever, and you come to find that it's mostly just an empty slog that doesn't improve no matter how good you get at the game. With World Seeker, as I mentioned, it definitely improves as you acquire more skills. There are copious Fast Travel points, but as you build up Luffy's attributes, you'll find that the canyons and rivers and mountains that once seemed tiresome to maneuver around are now easily traversable.

And while it isn't the most inspired open world setting that I've ever seen, there are some places that are legitimately beautiful. Ruby City, which is filled with farm land, is so nice to behold and run around in. The underground prison, dampened by the water that you have to drain out of it and lit by dim lights and alarm traps, is super cool to look at, provided that you've taken out all the guards and aren't currently getting annihilated by sea stone bullets. The little towns are very quaint and cute and honestly, the worst section of the game is Steel City, and even then, you can swing from sign to sign in a Spider-Man-esque display of "Please do not sue us, Marvel."

Oh, and those boss battles with villains that I talked about? Stay on your guard, because along with being fun, they can beat the crap out of you when you least expect it. I did not think I'd have a problem with the three jerk brothers from Germa 66, nor did I think a sudden skirmish with Admiral Kizaru would be that tough. But the game lures you into a false sense of confidence where you imagine that most battles are won by waiting for an enemy to stop shooting before you rush forward with rubber punches. No, you gotta learn how to properly evade, how to take down aerial foes without pausing too long, and when to unleash your special skills. There was nothing quite as sad as thinking that my Red Hawk was gonna take down Fujitora, only to discover that he was blocking and about to bring down a meteor on me. 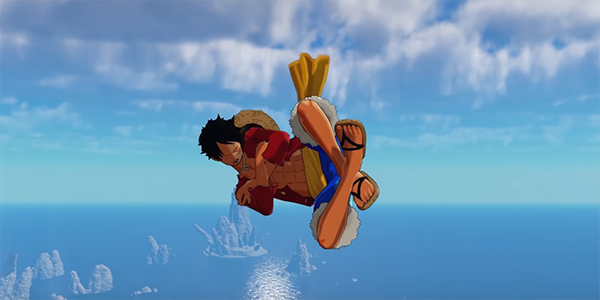 Yes, the "family reunion" approach to bringing in characters can sometimes be a little confusing when you think about the story being told. You wonder why Tashigi is hanging out, or why Buggy just happened to be near you, or just what part Trafalgar Law has to play in all this, considering that when he first appears in the game, he says about two sentences and then leaves for hours. But World Seeker made me yell, outloud, "OH MAN. CROCODILE'S HERE?!?" at 3 AM, so I can forgive a lot of that.

However, World Seeker is not a perfect game. Much like with the main One Piece series, you're often left wondering "Okay, how much left is there?" This is especially true with the types of missions that I mentioned at the start of the article. You go find someone, and then they ask you to collect something, but then you have to beat up some no-name pirates, before going to another guy to settle it all. It's busy work, and as much as it's a staple of modern open world games, it still sucks to see it here.

Also, the lack of voice acting can often be a bummer. There is SOME voice acting, but it's usually reserved for major cut scenes and those are few and far between. You just end up having to make do with reading the dialogue and hearing repetitive noises from each character, though I'll never get tired of Mayumi Tanaka's iconic "I'm exhausted and I want meat" sigh for Luffy. 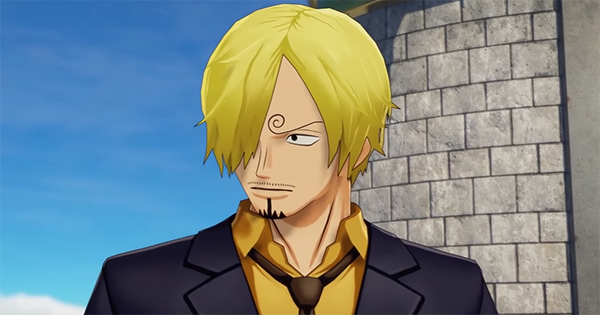 Lastly, the story is often not very engaging. I liked learning more about the hidden plot behind the game's events and about the Dyna Stones, gems of immense power that could destroy everything. But hearing about the squabbles between anti and pro navy people made little difference in my overall impression of the game, especially since most of this part of the story took place as you had yet more conversations with townsfolk about why they were so grumpy.

Overall, One Piece World Seeker is a game that, despite a few narrative shortcomings, I had a ton of fun playing. It's hard to determine what kind of open world experience that One Piece would "deserve," considering that One Piece, along with Tolkien's Middle Earth, are basically the best depictions of "open world" fiction. But if you're looking for a game where, ten or twenty hours in, you're still not tired of using Monkey D. Luffy to explore forests and punch Akainu in the mouth, then pick up World Seeker. It's not the ultimate One Piece game, but it's one of the best times I've had playing one.

+ Playing as Luffy is joyous, and will keep you coming back to the game

+ Seeing all of the different heroes and villains is always nice

+ Some sections of the game are really, really pretty

+ Learning new skills is quick, easy, and never a chore

- The lack of voice acting is pretty disappointing

- The story is pretty muddled

Are you planning to pick up One Piece World Seeker? What aspects of the game are you most excited about? Let us know in the comments!

Daniel Dockery is a writer/editor for Crunchyroll that is currently playing more World Seeker. Ask him about it on Twitter.

FEATURE: The Top 5 Best Anime-Original Additions to Onigashima in One Piece