Shield Hero Anime Fans Are Heating Up For The Next Wave

Last week’s episode of The Rising of the Shield Hero melted everyone’s hearts. This week, we prepped for the next Wave. *SPOILERS CONTAINED* 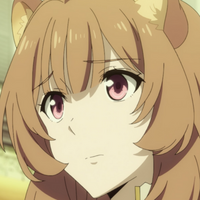 If you’re not completely caught up on The Rising of the Shield Hero, please shield your eyes.

Shield Hero kicked things off with the Melty vs. Naofumi standoff in the capital. Naofumi’s distrust for the royal family showed as he stood his ground against Melty. This left Filo understandably sad and confused with no explanation from Naofumi and a ban from seeing her new friend again.

A group from Lute asked Naofumi if they could support him in the Waves as they felt it was important to support the man that helped save the villagers. Being the hard business man that he now is, Naofumi told them to come back with 150 silver coins. The Shield Hero party tried to get class upgrades with no success from the official channels and found it’ll need to done in another country at another time. In the meantime, Filo and Raphtalia got spruced up with new weapons and Naofumi got the zombie dragon core embedded into his chest plate.

Naofumi also dropped an information bomb on Raphtalia: He plans on going home after all of the Waves are over. Raphtalia expressed that she wants to go with him. Filo woke up and called a foul that Raphtalia was being lovey dovey with Naofumi. The rivalry is alive, loud, and sleepily kicking!

The group from Lute came back with the money and Shield Hero told them to get some armor and get ready for a strategy meeting. The Queen expressed her concerns and a mysterious new character briefly showed themselves.

The next Wave is in less than 24 hours in the show so there is no time to waste but first, Shield Hero provided a place for everyone to share their thoughts:

????How could ANYONE say no to that face?? #Raphtalia #BestGirl

Spider-Man quoting in a new world...weird flex but okay.

I understood that reference you put in ;) pic.twitter.com/a3aJaX3zNu

Get ready for what's coming next.

Jesus Christ FINALLY. Shield hero is nothing but straight gas from this point on pic.twitter.com/9tllxefD7Q

How do you feel about episode 10? What was your favorite moment? What do you think about Melty? Tweet a reply to The Rising of the Shield Hero page! 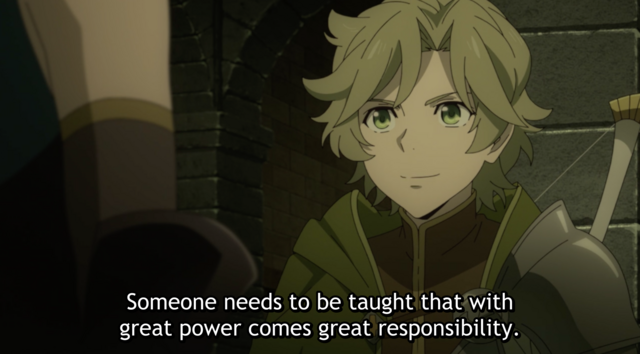 Share your thoughts on the latest episode in the comments section below!

Ricky Soberano is a Features Editor, Script Writer, and Editorial Programming Coordinator for Crunchyroll. She’s the former Managing Editor of Brooklyn Magazine. You can follow her on Twitter @ramenslayricky.