gen:LOCK gave us a main cast who downloaded their brains into computers to pilot their mechs. Is anything like that even remotely possible? 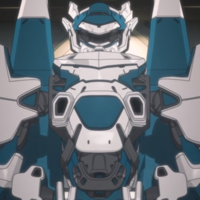 The world of Rooster Teeth’s gen:LOCK is supposed to be our own, but about 50 years in the future. Everyone has contact lenses that can translate other languages in real time, full body holographic projections can exist just about anywhere, clouds of nanomachines are one of the most dangerous weapons on the battlefield, and that’s all before a four year time skip and the introduction of the eponymous gen:LOCK technology.

So with all of the recent advances in current technology, how realistic is everything shown in gen:LOCK? In the real world, technology is advancing at an amazing pace, but in another 50 years will we be able to sit in a pool of circuitry and upload our brains to a mech?

One of the simplest places to start may be the contact lenses that everyone seems to be wearing at all times. In the show, in addition to the aforementioned translation ability, we see that the lenses can create virtual environments for the user and are able to connect to other people, likely via the Ether (essentially the gen:LOCK version of the internet). They may also be responsible for allowing the user to see other people’s holograms, but it's not made explicitly clear. 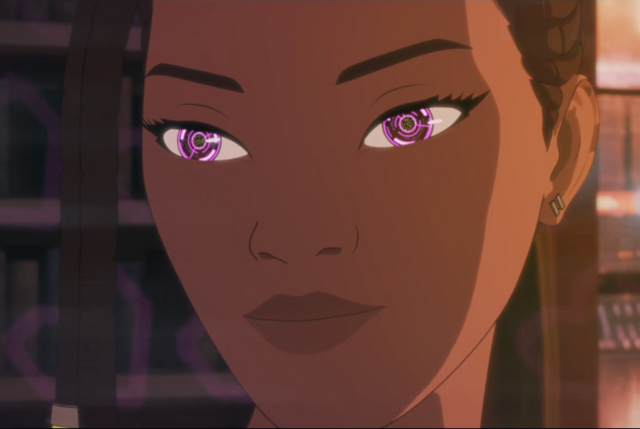 This is the simplest place to start is because this exact technology is already being researched. As stated in the COMPUTERWORLD article linked above, former Google subsidiary Verily is working on a number of "smart lens" projects. The real world lenses are significantly simpler, still just getting a diode to work or measuring sugar levels via the user’s tears, but the company is also working on surgical eye implants that would house sensors, a radio, and other electronics. Outside of tech that directly interacts with you eye, virtual reality headsets already allow for audiences to attend concerts, both live and virtual, like what we see in the first episode of the show.

With another 50 years of development, we may well be able to miniaturize the technology to display a fully virtual world enough to fit inside of a contact lens. Depending on how small, thin and flexible the lenses can get, more and more computing power becomes possible, and with more power comes more complex operations, opening up the possibility of basically everything the show depicts.

gen:LOCK’s nanotechnology may be the driving force behind this process. The Union (the malavolent, antagonistic invaders of the series) is the only entity shown actually using nanotechnology, but the Polity (Earth's international coalition formed to fight the Union) seemed to know about nanotech smoke during the attack on New York City, so it is reasonable to assume that they have seen it before and may well have some version of their own nanotech powering their lenses or mech armor printing machines. 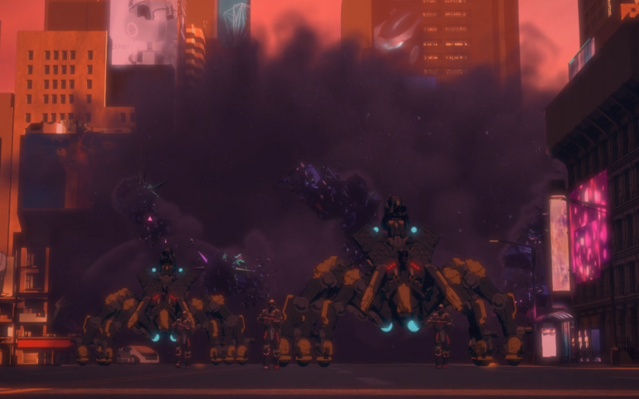 Again, this is technology that already exists in some form in the real world. We don’t have horrible death nanobot smoke, but news about advances in nanotech breaks every week. Some recent advances include better cancer treatment, being able to monitor firefighters with a sensor that doesn’t need to be charged, and outright breaking the second law of thermodynamics (keep in mind that these advances are part of a fairly new field of study and still subject to further peer review so may be proven incorrect in the future).

The biggest problem with gen:LOCK’s nanomachine cloud is controlling it.

In short, a signal to keep the swarm away may be feasible, but nanomachines are just too small for complex instructions. Current nanotechnology is based on automatic processes in response to the surrounding environment–either a chemcial signal or a magnetic field. To get a nanomachine to respond to a user’s gestures or brain waves, each machine would need to have an antennae or other such receiver and a generator or energy supply to draw on to implement its instructions, both requiring more resources and mass. With each additional component, it becomes exponentially harder to keep the device on a nanoscopic scale.

So far, gen:LOCK’s technology has been mixed. The civilian technology seems at least possible, maybe even likely, but the guided nanotechnology is certainly a much harder sell. What about the actual gen:LOCK technology itself? When can we finally get in the robot?

Well, the good news is that the mechs themselves are the easy part! If you absolutely need to pilot an armored mech now, you can go drive a tank around for a while. If you want something more humanoid, last year a Japanese man built a bipedal mech that he can climb into and use levers to control its arms and legs. It’s not as glamorous or awe-inspiring as gen:LOCK’s mechs, but, by 2068, it isn't too far fetched to imagine it as one of the first ancestors of a sleeker, more agile mech.

The problem with gen:LOCK technology is the concept of mind transference. Creating an electronic brain capable of storing a human mind isn't completely out of the realm of possibility (even if the download speed probably wouldn’t be the 30THz the in-series tech boasts–some of the fastest modern CPUs only run at 5GHz, less than one one-hunderdth of a percent of the aforementioned 30THz). Even at a slower speed, it's still feasible.

Instead, the biggest issue is with the transference medium. In order to transfer to a Holon (the show's term for mechs), the pilot must lay down in a pool of deforming, amost rubbery material that seems to contain the circuitry that transfers their consciousness.

From what I researched, there is nothing even remotely close to this in modern technology. The fluid is able to deform like the pseudopods of an amoeba, and it seems to have circuitry for the download and upload processes, which means that it’s conductive but somehow doesn’t allow electricity to leak out to other circuits or the pilot.

Even if the fluid was explained away as just being a calming bath, mat of silicon, or pretty much any other material with waterproof electrodes hidden inside or something, that leaves the final issue: the upload. 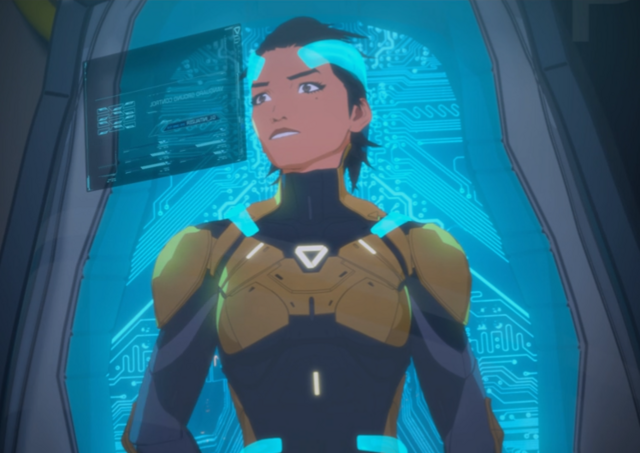 With current technology, downloading a human mind seems like something that could actually be possible relatively soon. Just study a person’s brain and how the synapses fire in response to set stimuli, then save the results to a giant memory stick.

Uploading the person back to their body is another matter, since it brings a litany of questions about how the process works, including but not limited to:

1. Whether the brain fully shuts down while the pilot is uploaded, and, if so, what happens to involuntary bodily processes like breathing.

2. What does it mean to re-upload the person’s brain back to their body, when all of the synapses are already in place, so nothing needs to change?

3. How is gen:LOCK different for the human body than sleep or a coma?

Fortunately, this is one problem that might be easier to fix in the real world. Conceptually, when the brain is being copied during the download process, the original shouldn’t actually be losing anything. So once the mission is over, just wipe the brain in the Holon and wake the original back up. Depending on how the process works precisely, the original might even be awake to watch their copy fight, effectively resulting in a temporary copy of the pilot's mind in each piloting instance. No need to worry about upload time or protecting the electronic brain outside of trying to minimize resource cost. 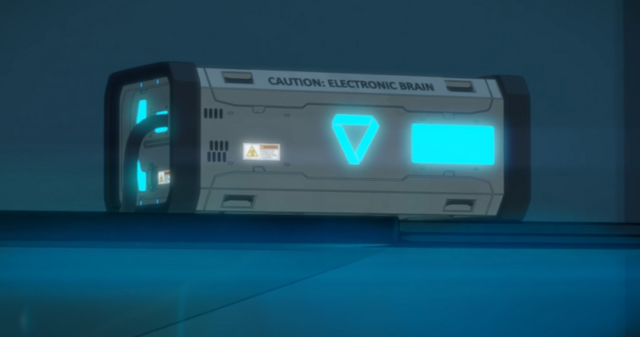 Essentially, the logistics of transferring a human brain is the only thing stopping us, and people are already working on how to digitize the human mind. If someone can figure out a way to map a person’s brain and put it in a computer as robotics continues advancing and giving us more sophistocated bipedal robots, then, in terms of technology, there is nothing standing between us and eventually piloting giant mechs.

Sure, we’ll have the ethical dilemmas of creating effective immortality, becoming capable of copying sentient beings at will, and the issues with deleting sentiant beings every time we want to take a walk in our mechs, but on the other hand: giant robots. 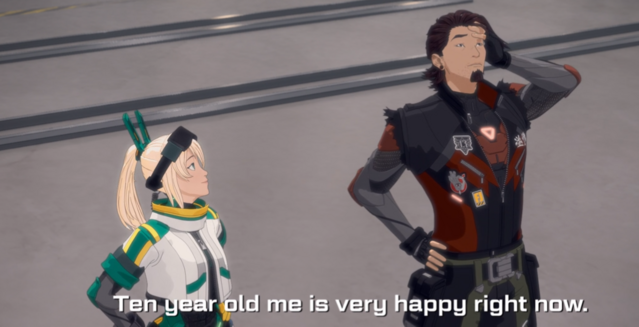 gen:LOCK IS NOW AVAILABLE TO WATCH ON CRUNCHYROLL HERE!

----
Did I miss any cutting edge science that makes gen:LOCK more possible? Are there any other technologies that you're excited to see come to life in the coming years? Let me know in the comments below!