Creeping horror invade many video games, anime, manga, and other media, but where did Cthulhu’s popularity in Japan come from? 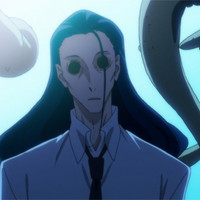 Depending on your interests, the name Cthulhu may stir feelings of some strange familiarity, or an excited, nearly existential sense of horror to come. Despite the fiction that birthed much of the “Cthulhu Mythos” being moderately popular, the cosmic horrors introduced by H.P. Lovecraft have morphed into a life of their own thanks to the work of his protege, August Derleth, leaving future generations to encounter the unknowable in various forms spanning video games, tv shows, movies, and perhaps the most popular forms, table-top roleplaying and board game experiences. Perhaps less well known, though, is the fact that the Cthulhu Mythos is exceedingly popular in Japan, and has a wide and exciting history of adaptations, works, and impact upon many of the genres we love in Japan to this day. Today, we’ll be taking a look and exploring that history! 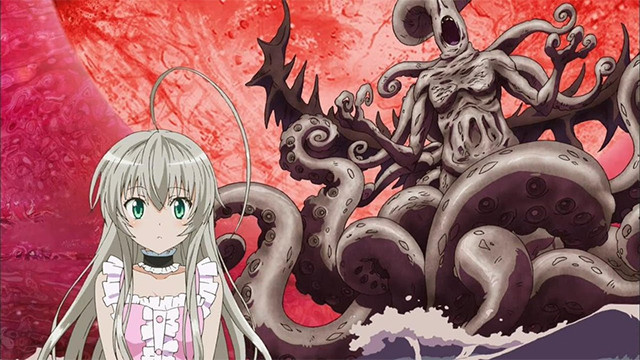 The history of Cthulhu in Japan is a bit more diverse than you might initially think, and isn’t as unified as it might seem! The first bits of spreading horror came from translations of H.P. Lovecraft’s original works into Japanese in the 1940s, appearing in the horror publication Hakaba (or Graveyard) Magazine, translated by Nishio Tadashi. These early translations would prove vastly popular, and over the years ended up leading to numerous Japanese adaptations and inspirations based on Lovecraft’s original works. 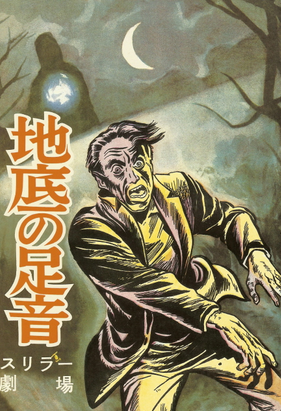 Anime and manga fans are likely somewhat familiar with Kaoru Kurimoto, creator of Guin Saga, Hideyuki Kikuchi, creator of Vampire Hunter D, fan favorite horror author Junji Ito, and legendary mangaka Shigeru Mizuki, who all claimed Lovecraft as a direct influence on their works at some point. That existential, cosmic, unknowable horror is certainly present in Ito’s works like Uzumaki, and Mizuki’s interest in folklore and yokai make an attraction to the Cthulu Mythos a lot more understandable. Mizuki actually drew an adaptation of the classic story The Dunwich Horror under the title Chitei no Ashioto, simply moving the story and characters to Mizuki’s beloved setting of rural Japan. 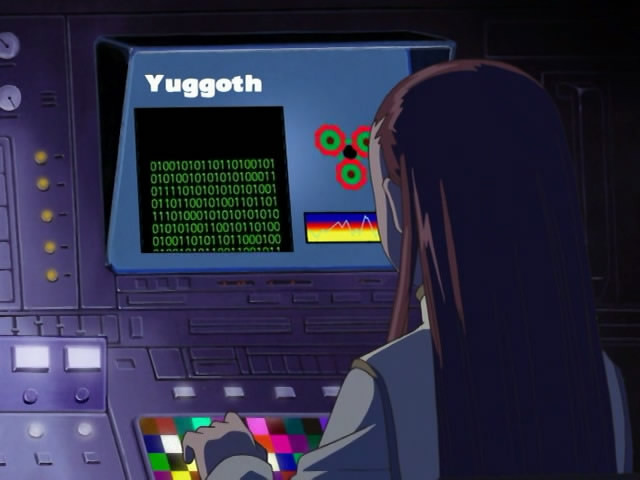 Perhaps one of the most influential Lovecraft inspired creators in anime though is Chiaki J. Konaka, likely best known to many for his work on series like Serial Experiments Lain, Digimon Tamers, and Big O, as well as other series like Armitage III (which takes its name from a Lovecraft character!), RaXephon and Texnolyze among many others. Konaka’s career extends into the Tokusatsu side of things as well, having worked on numerous Ultraman series ranging from Tiga, Gaia, Max, and more, as well as many other series. Konaka worked in references to the Cthulhu Mythos into many of his projects, and even wrote his own short fiction; one of them, Terror Rate, was even published in English, and was even a guest of honor at the HP Lovecraft Film Festival in 2018! 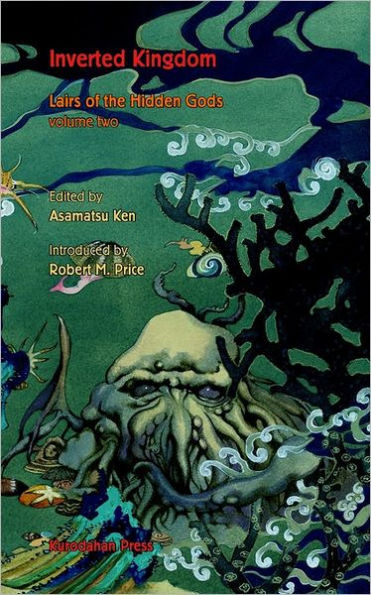 Much of the spread and popularity of Cthulhu fiction in Japan is owed to a few people, one of the most notable being Ken Asamatsu. Asamatsu has spent much of his career translating and spreading Lovecraft’s works in Japan, running fanzines and other publications in order to spread his love of the existential dread universe. While Asamatsu has worked on a few manga himself, he isn’t exactly an anime or manga creator, but without his input and dedication, it is unlikely that these works would ever be as popular as they are today! 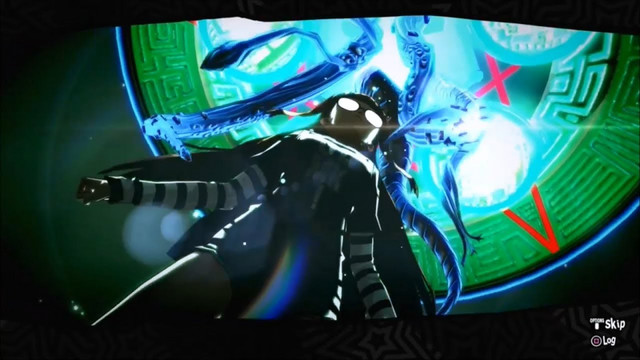 Existential, creeping, unknowable horror translates well to other mediums as well, so it should come as little surprise that video games share various callbacks and influences from the Cthulhu Mythos as well. Atlus’s Shin Megami Tensei series and its many spin-offs feature numerous callbacks to Cthulhu Mythos characters and creatures, with some of the most obvious being Nyarlathotep’s direct role in Shin Megami Tensei: Persona and Persona 2. Many of the other titles reference things like the Necronomicon, with that same text being the initial persona of Persona 5’s Futaba Sakura. 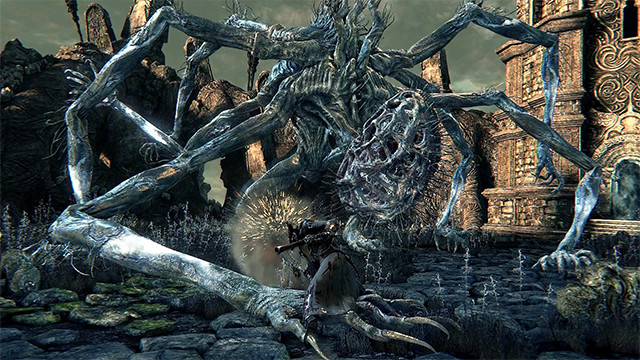 Aside from Shin Megami Tensei, there are less obvious, but somewhat hard to miss, references to many of the tropes and unique style of horror in the Cthulhu Mythos in From Software’s Demon’s Souls, Dark Souls, and most directly Bloodborne games. Demon’s Souls in particular draws heavily on the existential, unknowable horror that is descending upon the kingdom of Boletaria and the secrets behind its true collapse, and the Dark Souls games similarly feature somewhat Lovecraftian ideas and monsters. Of the three, Bloodborne is the most direct with its inspirations, with characters routinely discussing the fact that seeing more of the truth may drive one mad, cosmic entities controlling, mutating, and destroying humanity, fish people (a staple of Lovecraft’s works), and humongous, tentacle-faced monsters (here known as Amygdala). 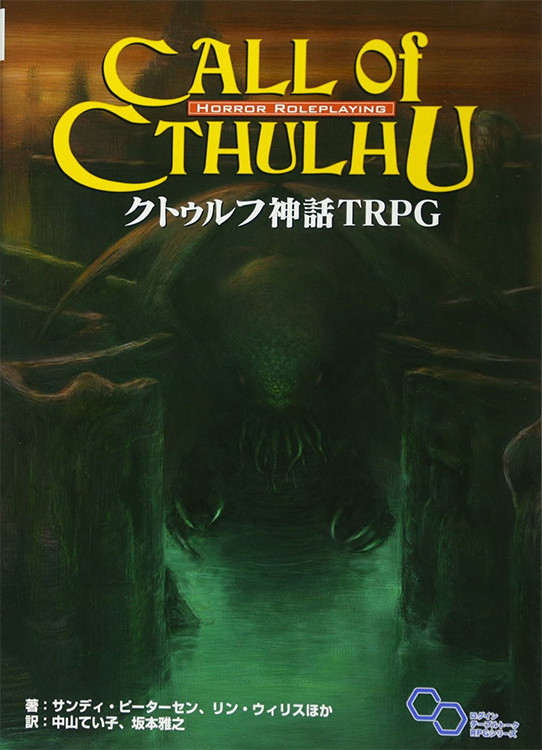 Ironically, however, there is actually another reason for the popularity of Cthulhu Mythos in Japanese media that helped spread its flavorful influence amongst various genres, and it actually has little to do with Lovecraft’s actual writings themselves. Instead, many Japanese fans encounter Lovecraft’s elder gods through the table-top role-playing game Call of Cthulhu, first published in Japan 1986, and the explosion in popularity was not only a staggering success, but it continues to this day! Although many Western fans might assume that TTRPG games like Dungeons and Dragons are popular in Japan due to some of their influences in fantasy anime, Call of Cthulhu reigns supreme as the most popular TTRPG in Japan, and its popularity likely helped introduce many Japanese to the TTRPG genre in the first place! 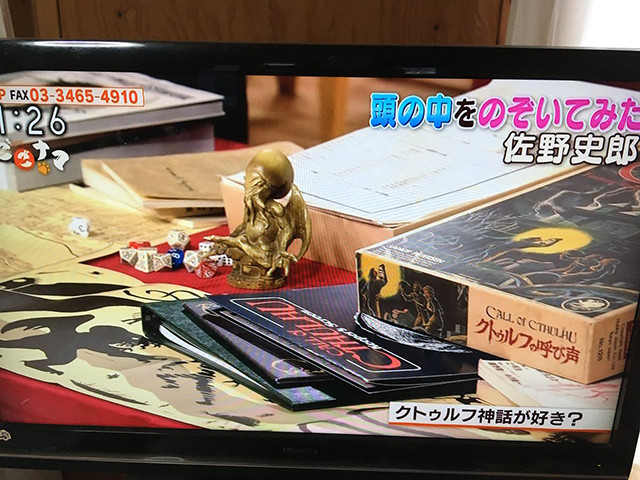 Call of Cthulhu is, essentially, a group mystery adventure game, and that seems to have really hit big with Japanese audiences far and wide, because the game has remained in print since its initial introduction in the nineties, and has fans of all ages and genders playing in groups, to the point that some places will find their rooms for group meetings rented out to play games of Call of Cthulhu! Recently, the game even got some favorable air time in an NHK news segment, talking about the game itself and the fun that can be had with it! With this popularity came the growth of a somewhat unique phenomenon: Replays, essentially narrative, semi-novelized versions of Call of Cthulhu campaigns collected and printed for other people to read, similar to today’s popular “actual play” podcasts and videos such as Critical Role or The Adventure Zone. Even today, Call of Cthulhu replays are extremely popular, with new versions being printed all the time, sometimes even adorned with amazing, cute anime styled art and other interesting little design choices, like semi-doujinshi level works featuring Touhou characters, and more! These Replays became so popular that they soon spread to other types of TTRPGs, and are the inspiration behind anime such as Record of Lodoss War, Slayers, and many others! 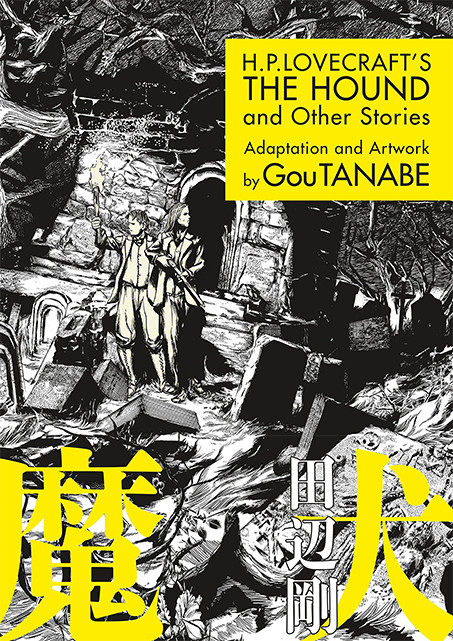 If one were to search Cthulhu on Amazon.jp, you’d actually find that most of the results are these colorful and interesting Replay books, almost more so than you’d even find the original novels and stories by Lovecraft himself! There are many other fascinating fan inspired books about the Cthulhu Mythos, including a personal favorite of Cthulhu monsters arranged in a book similar to those of Kaiju and Tokusatsu stylings (even featuring a cartoon Lovecraft on the cover doing the famous Ultraman pose). There are other small Cthulhu publications in Japanese, include a manga anthology called Zone of Cthulhu and numerous adaptations, and Gou Tanabe’s versions are even being translated into English, with The Hound and Other Stories already available, and At the Mountains of Madness coming later this year. 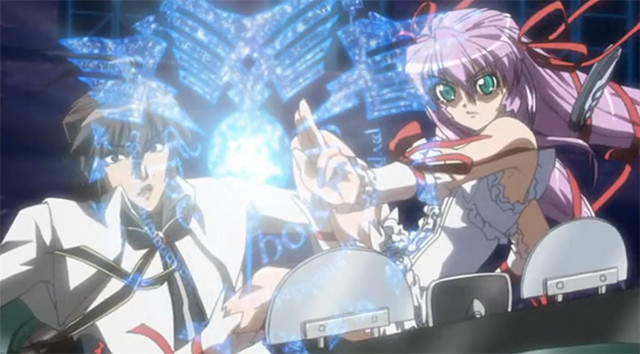 Of course the Cthulhu love isn’t limited to just print media; many anime have featured some nods and callbacks to the mythos, such as in the visual novel and anime of the same name Demonbane, which is even set in Lovecraft’s beloved Arkham. Main character Kuro Daijuji works with Al Azif, the living personification of the Necronomicon, to defeat the nefarious Black Lodge (a very probable nod to David Lynch’s Twin Peaks here). As mentioned above, numerous works by Chiaki J. Konaka draw from the Cthulhu Mythos, but Digimon Tamers might be the most surprising, with callbacks to Miskatonic University and Shaggai, as well as a computer AI that seems to have more in common with the Great Old Ones than it does Skynet! Another example is a fairly popular series, Bungo Stray Dogs, where one of the characters... is actually named Lovecraft! But that's not all! His "The Great Old Ones" ability is a reference to Cthulhu's origins. Probably one of the most famous examples is Nyaruko: Another Crawling Chaos, where the monsters of Lovecraft’s works are revealed to actually be aliens, but still very weird! The anime is a comedy featuring numerous Mythos characters repurposed or slightly renamed, such as Nyarlathotep as Nyaruko, the Yellow King Hastur, and more. The series of novels proved popular enough to spawn 2 anime seasons and other spin offs, proving that even if you take the horror out of the Mythos, people will still find it entertaining and… cute? 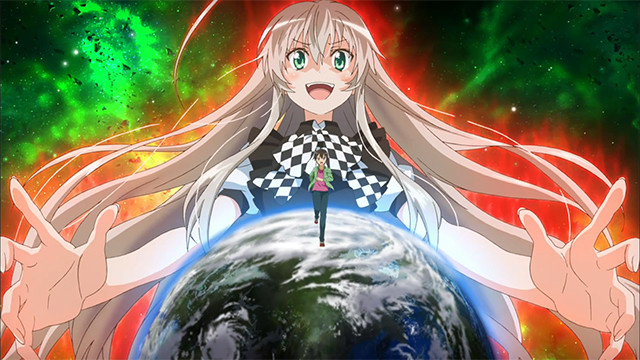 Speaking of cute, this brings us to a few interesting final tidbits about the Cthulhu Mythos and Japan. Aside from the direct popularity, the language change and differences have led to a few running gags in Japan about the series, one of which has to do with the somewhat infamous Cthulhu cultist chant, “Ia Ia Cthulhu Ftaghn,” with “Ia Ia” being pronounced very similar to the Japanese expression “iya iya”, which has a few various uses in casual Japanese, either meaning something similar to “um” or “no” depending on how and where it is used. The second comes from the fact that Japanese, being a syllabic language, actually has an easier time pronouncing the supposedly “unpronouncable” names of the Cthulu Mythos creatures, with Cthulhu being translated as クトゥルフ, or “Kutourufu”, which is not only a lot easier to actually say, but sounds oddly cute for the sinister elder god! 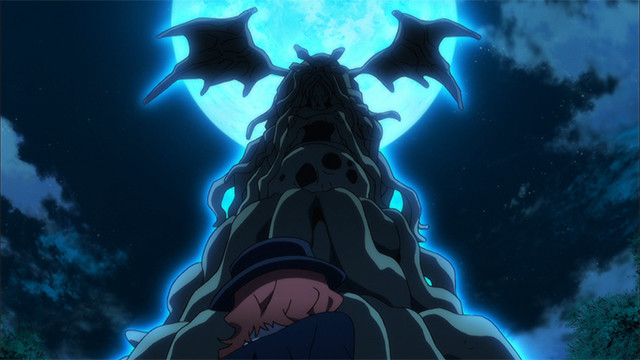 Cthulhu mania seems as popular as ever both outside and inside of Japan, with new games, movies, comics, and more drawing inspiration from the titles. Although Lovecraft’s own works are less popular than when the fascination started, the current passion for his ideas stems from the attractive allure of the unknown, the potential darkness lingering in shadows and dark pools of water. Whatever the reason people flock to the Cthulhu Mythos, it seems like we can look forward to numerous adaptations, inspirations, and callbacks for years to come… until perhaps even Cthulhu awakens! Until then, it’s best to keep your wits about you and stock up on your esoteric lore… You never know where the elder gods might pop up next during your next anime, manga, or video game binge!

Have any secret and mysterious ancient Cthulhu influences we didn’t mention? Know of any other influences on Japan you’d like us to cover? Let us know in the comments!