Cowboy Bebop's Shinichiro Watanabe is Directing an Anime this Spring!

Today let's celebrate the career of one of anime's brightest stars, as we approach the premiere of his newest production! 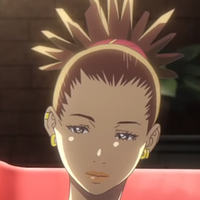 Hello all, and welcome back to Why It Works. Around this time during the fall season, I wrote an article highlighting some of the acclaimed anime directors that would be handling shows during the winter. That seemed like a pretty useful exercise, so today I’m back again, this time with a breakdown on the strengths and history of one of the most beloved directors of the coming season, with a followup on a second titan coming next week. “Two directors over two weeks” might seem like a step down from five directors at once, but look, I haven’t introduced these directors yet. And today we're starting with a big one, as we explore the story and style of the acclaimed Shinichiro Watanabe! 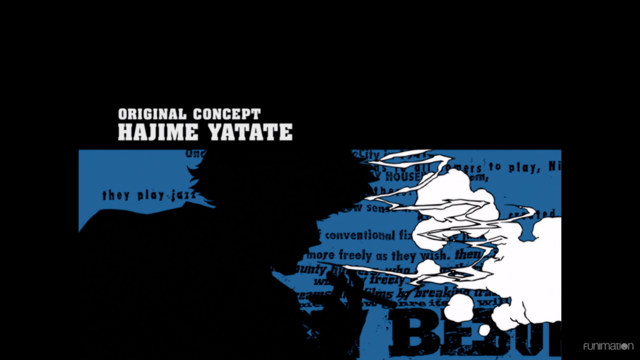 After Hayao Miyazaki, Shinichiro Watanabe is likely the most recognizable name in anime for a lot of western audiences. And for good reason - his Cowboy Bebop was a seminal work in bringing anime to a wider foreign audience, and essentially embodied the combination of fantasy worldbuilding, stylish aesthetic, and top-notch action that led many to fall in love with the medium. But Watanabe has directed far more than Cowboy Bebop, and it’s looking like his newest creation will be drawing on the whole breadth of his canon. So what makes Shinichiro Watanabe tick?

Watanabe’s skills were initially honed at Sunrise, where he directed the four episode Macross Plus OVA. From there, he immediately jumped to Cowboy Bebop, which would combine the sleek aerial combat and sand-blasted aesthetic of Macross with a few passions of his own. Watanabe is clearly a scholar of western film, and his love for westerns, noir, crime dramas, and other classically American film genres would express itself not just in his overt narratives, but also in the storyboards and overall tone of his productions. These American stylistic touches would in Bebop mingle naturally with a more Japanese sense of impermanence, resulting in a show whose fusion of classic film conventions, futuristic narrative, and oddly contemplative tone would, in the Bebop OP’s parlance, create a genre unto itself. 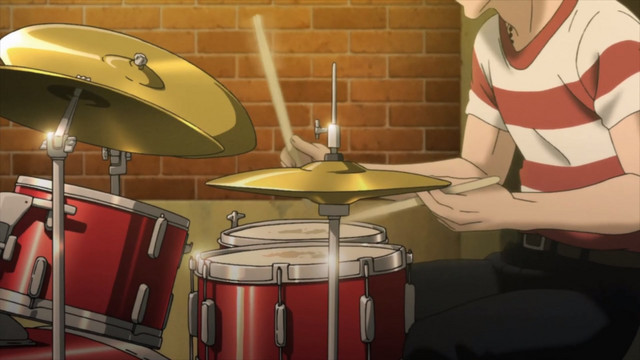 While the success of Bebop would provoke many of its key creators to form Studio BONES, Watanabe’s own path since has demonstrated the full array of his passions. Samurai Champloo stuck closely to the template provided by Bebop (“wandering guns for hire explore a rapidly self-civilizing world contrasted against an unexpected musical counterpoint”), but Kids on the Slope presented his interests through an entirely new prism, while still maintaining his core passions.

Though “teens connecting through jazz in post-WWII Japan” seems pretty far from Bebop, the focus on social drifters, backdrop of an unstable and evolving world, and power of music all carried through, and the results are stunning. Watanabe has always had a clear passion for music, but that had generally expressed itself in the soundtrack and secondary characters of its world; in Kids on the Slope, his actual leads were musicians for the first time, resulting in some of the most captivating performances I’ve seen in any anime.

Even more recently, Terror in Resonance transposed many of Kids on the Slope’s concerns to modern-day Japan. Once again, “disenfranchised teens strike back against the government through explosive acts of terrorism” seems a little distant from his prior work, but as in Kids on the Slope, the fundamentals are all deeply Watanabe. Societal drifters, finding families among outcasts, an unstable society that preys on such people, and an imposing empire looming over all of it - these factors have remained constant in Watanabe's real-world narratives, and are clearly fundamental to his perception of the world. Though the music would again return from the characters to the soundtrack, all of Resonance’s finest moments speak to his love of outcasts and dreamers, and his ability to elevate their stories into myth through color and sound. 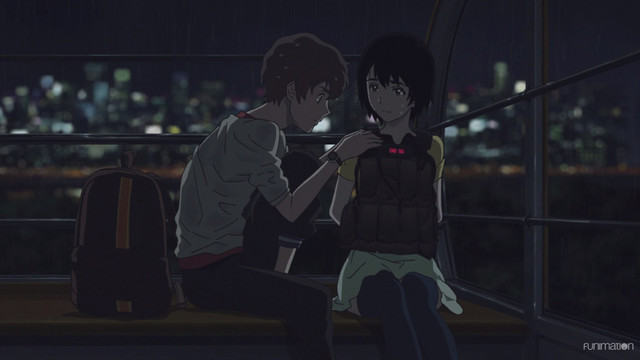 Next season’s Carole & Tuesday feels like it’ll be drawing on every part of Watanabe’s legacy to create something entirely new. We’ve returned to the future Mars of Bebop, but our stars this turn resemble Watanabe’s more recent heroes - two young women who find a connection through music, in spite of living in a society where most art is at this point designed by computers. The premise contains shades of Bebop, Kids on the Slope, and Resonance all at once, and the previews so far have demonstrated all the directorial flair and fundamental style that make all his shows great. Whether you’ve been following Watanabe all along or haven’t checked in since Bebop, I hope you’re excited for Carole & Tuesday, and I can’t wait to experience it with all of you!

What’s your own favorite Watanabe quirk or production? Let us know in the comments!