5 Answers To Pokémon Questions That You've Always Had

Let me be your guide through a world of mystery and monsters! 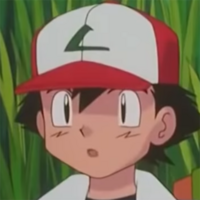 The Pokémon world is full of mysteries. Heck, most of the endings of the original anime said so, with the narrator being like "Once again, Ash learned that the Pokémon world is a mysterious one, but one thing is for sure: He'd never forget Leon and his wonderful Metapod circus." And while Ash Ketchum would immediately forget Leon and every person that wasn't currently within arm's length of him, that mystery part still holds true.

When I was a kid, most of my life dealt with trying to sift through Pokémon urban legends, usually distributed by my friend Trevor, who would come to fifth grade telling us stuff about Pikablu and Ash's Dad like an old timey snake oil salesman who rode into Western towns on a wagon filled with "miracle elixers." Only in Trevor's case, those elixers were just torn-out pages of Nintendo Power.

But if you ever had a Trevor in your life, you probably wound up with more Pokéquestions than Pokéanswers. And that's where I come in. See, I've gathered up a few notable Pokémon questions from over the years, and I'm going to do my best to answer them here. And I'm gonna start off with something that has plagued Pokémon anime fans for nearly two decades:

WHY WAS BROCK REPLACED BY TRACEY SKETCHIT IN THE ORANGE ISLANDS? 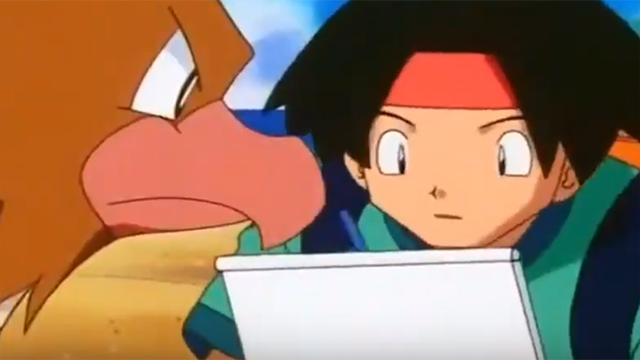 For most of the Indigo League portion of the Pokémon anime, Brock was a steadfast companion to Ash and Misty. Sure, he got crushes on, like, everything, but it always seemed like he'd be around. And then the crew saw Professor Ivy on Valencia Island, and all of a sudden Brock was like "The Pokémon in this lab need me more than you do, Ash! I gotta leave indefinitely" But do they, Brock? You meet attractive anime ladies who hang out with Pokémon every other day. But for some reason, this one makes you abandon your literal only friends in the world?

He's quickly replaced by Tracey Sketchit, who likes to draw Pokémon if you couldn't infer that from his last name. Tracey isn't bad, but he definitely feels like an RPG character that someone got bored making halfway through. He seems like the kind of dude that would order a sandwich and then take off all the best parts. "Yeah, could you hold the mustard, and the pickles, and the meat and actually just give me two ice cubes on a paper plate?" Tracey only lasted around thirty episodes, too, before they switched him with Brock again, much to the delight of everyone with a pulse.

So why would you suddenly replace Brock with a man whose most notable personality trait is "Wears a t-shirt"? Well, according to former Pokémon anime director and storyboard artist, it's because they were scared that Americans would think Brock was a racist stereotype due to his eyes. But then they realized that everyone liked Brock anyway and drafted him back in. So there you go.

WHY DID THEY REMAKE POKEMON BLUE AS POKEMON LEAF GREEN? 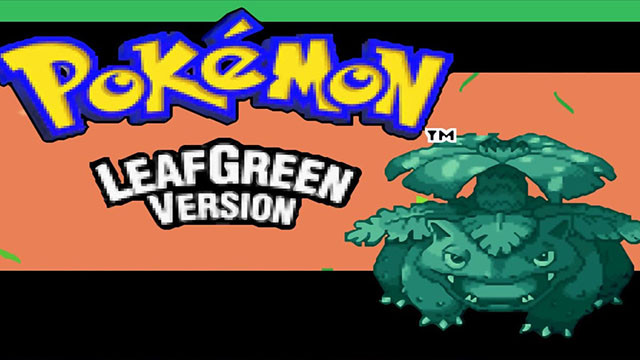 I love the Pokémon Red/Blue remakes for the Game Boy Advance, Pokémon Fire Red and Leaf Green. The buttons on my GBA SP were practically destroyed due to the hundreds of hours that I put into them. That said, when they originally came out, I wondered why they went with Leaf Green? Didn't this one line up as a remake of Pokémon Blue? I don't mean to sound pushy BUT I WANT POKEMON TO BE THE WAY THAT I THOUGHT IT WAS GOING TO BE AND IF YOU MESS THAT UP, I'LL GET DUMB AND MAD.

Well, in Japan, the original pair of Pokémon games was Pokémon Red and Green. But they also decided to go with Leaf Green because, according to video game producer Junichi Masuda, the leaf is a symbol of peace and it's an easy symbol to understand internationally. Also, the developers wanted to put a colorful member of the Bulbasaur family on the cover, and I totally get that. Bulbasaur is great, and anyone who disagrees is not only wrong but also probably a cannibal.

COULD YOU EVER GET MEW IN THE ORIGINAL GAMES? 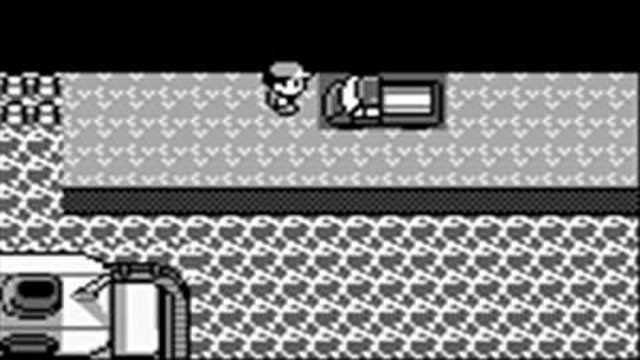 Long before the number of Pokémon nearly reached 1,000, the world was stunned by the reveal of #151: Mew. Of course, Mew was hinted at in the ruined mansion in Cinnabar Island, but among my friends, it was always treated like it was folklore, like Bigfoot or a good Fantastic Four movie. And, like some folklore, there were numerous tales of sightings. Of course, you could get it with a Game Shark (For the young kids reading this, the Game Shark was an item that you could load onto your console's memory so that when you put the actual game in, you had all the cheats available to you) if you were the one dude on the block in 1998 that owned a Game Shark, but most of my friends had their own bizarre methods.

You could also find it with a glitch, but the most famous "strategy" was locating it under the truck that's sitting near the dock in Vermillion City, around where the S.S. Anne is. This was probably the first conspiracy theory that I was ever exposed to, and man, did it not work. You can try to use Strength on that truck all day and you will never once find a Mew. So yeah, tell this to any friends who are still, twenty years later, trying to catch #151 under that automobile. Save them from their nightmare. Be their hero.

WHO IS ASH KETCHUM'S DAD? 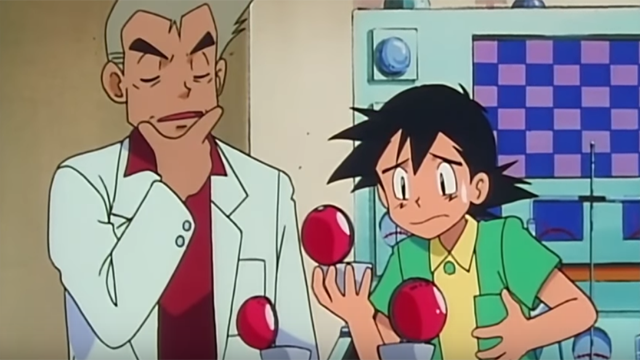 We're all very familiar with Ash's Mom, a wonderful woman that only wants to hang out with Mr. Mime and remind you to pack clean underwear. But who is Ash's Dad? Is he someone that we've already met, or is Ash the product of, like, Pokémon immaculate conception where Ash is the chosen one to save the world by...walking around with his monster pals for years? Nah. It's probaby Professor Oak, or the guy in Pallet Town in the original games that's like "Technology is amazing!" That dude sounds like an interesting first date.

But if you absolutely must know who Ash's Dad is, just know that...no one knows. One of the original writers of the Pokémon anime, Takeshi Shudo, has even said that while Ash definitely has a father, he hasn't shown up yet and "has yet to have had a true meaning."

So Ash's Dad isn't lurking in the background, keeping tabs on his son from afar. And that totally dashes all of my fan theories about it being Lt. Surge. It makes sense, right? He has a Raichu, Ash has a Pikachu. He...no, that Raichu thing was about it. Back to the drawing board. 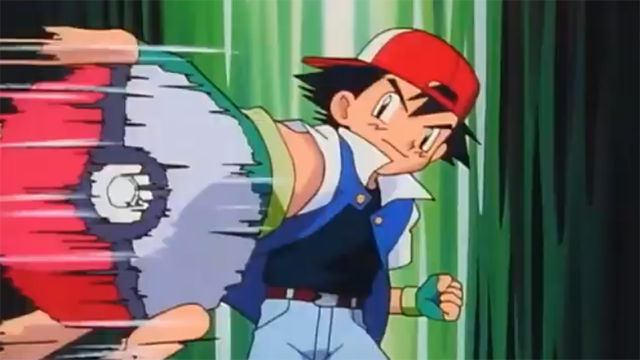 When a Pokémon trainer has sufficiently battered a wild Pokémon using their own laser pet, they can throw a Pokeball at it and try to capture it. But aside from the ethical dilemna of throwing a round piece of metal at a defenseless animal, the biggest question is this: What's it like inside the Pokeball? What do they do in there? We know they become some type of data or energy, because you can trade Pokémon over the internet and when you let the Pokémon back out, it isn't just a crushed lump.

Well, according to Junichi Masuda, it's a "very comfortable environment" and "Maybe the equivalent of a high end suite room in a fancy hotel." Honestly, that's the most pleasant answer that we could've gotten. I remember someone in middle school told me that once Pokémon go into their Pokeballs, it's like they get put in a temporary coma, and that's horrifying. You go unconscious until you're tossed out into the world to fight, and this process repeats until you expire? I don't like that very much. In fact, and I know I'm taking a controversial stance here, I think that sounds quite bad.

So, there you have it. I hope I've helped in some way, and if you have any other questions, please let me know. I'll be watching Pokémon on Netflix and studying up if you need me.

Do you have any pressing Pokémon questions and concerns? Did this list answer any of your questions? Let us know in the comments!

Daniel Dockery is a writer for Crunchyroll. Be his Pika Pal on Twitter.