Anime and wrestling are kinda the same, but did you know many wrestlers are avid anime fans? 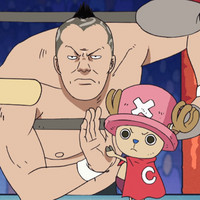 Two rivals stand across from each other, ready to throw down. This is the culmination of weeks of blood, sweat, and tears of high emotion and raw power. Everything fans have been waiting for is about to happen in an explosive, no holds barred battle, where only the strongest survives! If you had to pick whether that passage described your favorite anime action series or professional wrestling, you might have a hard time picking between the two of them; the fact of the matter is that wrestling and anime have a lot more in common than most people think they do.

Several weeks ago, we did a video on that very subject, focusing on the ways in which these two seemingly different types of entertainment crossover with one another frequently. But were you aware that many wrestlers are big anime fans? Whether its wearing gear inspired by their favorite series, special attacks with homage names, or simply wearing their love for anime on their sleeve, many of today’s titans of the ring have a deep love for anime. If you’re curious about some of them, we’ve got a few wrestlers to grapple with here, but trust us when we say this is just the tip of the iceberg! 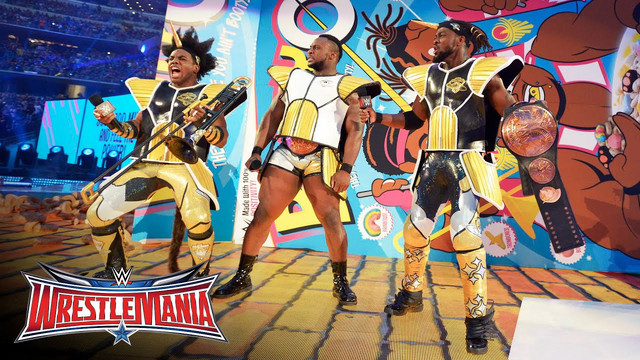 If you’re already a fan of both wrestling and anime, you may have immediately thought of Xavier Woods, member of the longest reigning WWE Tag Team Champions, the New Day, as well as host of video game channel Up Up Down Down. Xavier is a well known fan of anime and games, and the New Day’s Dragon Ball Z themed Wrestlemania entrance is legendary! But aside from that nod in the ring, Xavier has talked about his deep love for anime and gaming for a long time, and he regularly attends conventions such as Dragoncon in full cosplay, pulling off an impressive Sailor Mercury cosplay last year!

On his YouTube channel Xavier routinely plays anime themed and inspired games and occasionally talks about anime with his guests, such as one episode devoted to the Sailor Moon fighting game featuring fellow WWE wrestler and huge Sailor Moon fan Sasha Banks! Sasha has routinely mentioned her love of Sailor Moon in interviews, even stating that she identified the most with Serena/Usagi when she was watching the show while growing up. Longtime readers here at Crunchyroll may even remember that Sasha and Xavier appeared on an episodes of our very own Lighting Round back in 2016, answering our burning anime questions for them, which you can check out here and here if you’re curious. 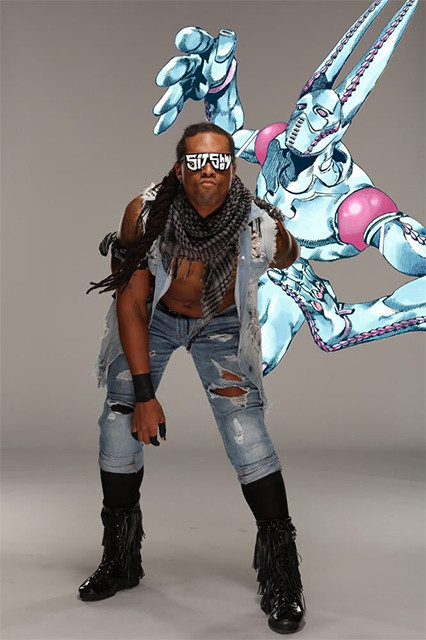 Xavier and Sasha are far from the only WWE talent that wear their love for anime on their sleeve, though. NXT Superstar Brennan Williams is another longtime anime fan, whose original signature move in the ring was the “Nico Nico Knee,” an homage to everyone’s favorite Love Live idol and gremlin Nico Yazawa. Williams is perhaps even more obvious about his love of anime than most, and with a Twitter handle like “GREATBLACKOTAKU,” it’s hard to argue with that! Brennan’s Twitch channel has a Pop Team Epic inspired logo, and he regularly posts about anime and games that he’s playing and watching when not training or entertaining in the ring. His streaming partner and fellow NXT Superstar Shane Thorne shares similar enthusiasm for anime, even having a Brand of Sacrifice tattoo on his abdomen and professing his love for Berserk on Twitter. 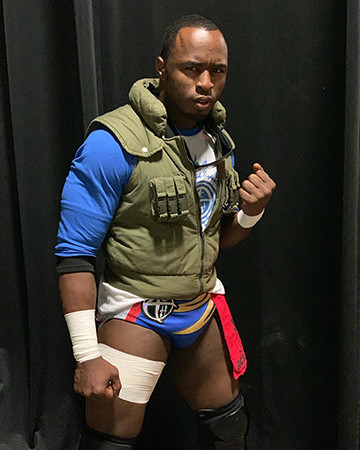 Dragon Ball Z, Pokemon, and Berserk seem to be big hits amongst wrestlers, as shown by WWE wrestler and former NXT North American champion Ricochet, who back when he wrestled mostly in Japan dressed up as Frieza for Halloween, accompanying fellow wrestler (and now NXT Superstar) ACH, who had dressed up as Ash Ketchum. ACH is perhaps another go to for wrestling and anime fans in the know, as he’s been combining his two loves into his performances for a long time. ACH’s signature ring entrance pose is inspired by One Piece’s Franky, would be introduced as hailing from the Planet Vegeta, and he even wears a Naruto ninja headband with his gear as well! In my own experience, I even got to see ACH after a show cradling a brand new Naruto figure he picked up while in town for a show, keeping his work life and hobby life alive at the same time!

Loving anime on your free time is one thing, but incorporating that love into your moves in the ring is quite another. Although some like Brennan Williams have found some success with it, there’s probably no greater nod to a love of anime than Samoa Joe, whose signature move the Muscle Buster is a very obvious homage to the famous Kinniku Buster from Kinnikuman! Although he hasn’t used the move in quite a while, checking out replays of his matches in NXT will give you a chance to compare the two; we have to say, Joe’s version is quite authentic and just as devastating as Kinnikuman’s signature finisher. Joe also posted back in 2017 that his youngest child had become interested in boxing anime Hajime no Ippo, and there’s nothing quite as heart warming as seeing one of the most destructive wrestlers in the world share his love of anime with his kids like a good dad.

But which wrestlers are the MOST anime? That is a bit of a hard question to answer (and, for the sake of simplicity, we’re not including wrestlers who are literally based on anime like Jushin Thunder Liger and Tiger Mask), but for this particular article we’ll leave you with two very special people: WWE’s Asuka and NJPW’s Minoru Suzuki. 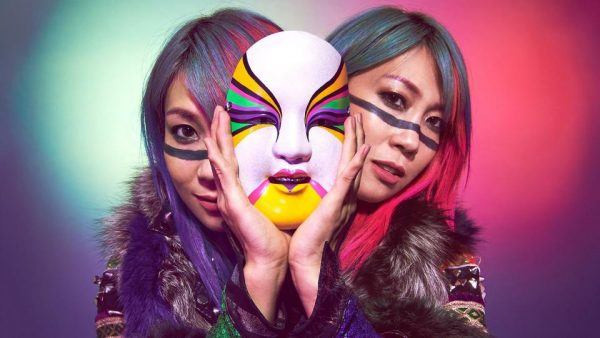 Asuka, who wrestled in Japan under the name Kana, has a long history of enjoying anime and manga, as well as video games. Aside from her wrestling career, Asuka owns a hair salon named Another Heaven, and worked as a graphic designer and video game journalist. Her background in these, coupled with her love of anime, leads to some pretty amazing moments, such as her Twitter re-creation of the infamous stand off between Dio and Jotaro, with herself and WWE’s Charlotte Flair taking the roles! Asuka has always had a flair for the dramatic, flashy, and colorful, and her non-wrestling related tweets tend to involve games (she’s a huge fan of Okami and retro games!), and just recently posted that she’s anxious to read the newest issue of Manga Action that’s due out in May. Asuka’s twitter is routinely filled with various games, anime, manga, and art that she enjoys, making her one of the most vocal wrestler anime fans by far! 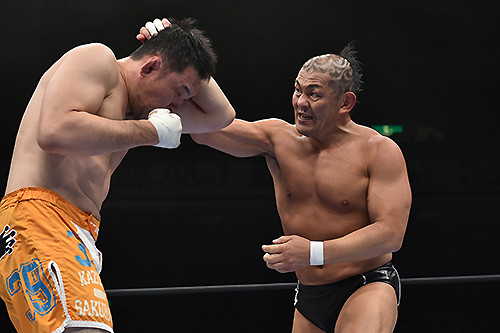 Finally, that brings us to Minoru Suzuki. Infamous for his extremely threatening aura and physical style in the ring, Suzuki is also a diehard manga fan, especially One Piece! There may not be a wrestler that is a more avid and open fan of anime than Suzuki, who has been such a vocal fan of One Piece that he’s even appeared in it, voicing the character Minoru Kazeno (A combination of Suzuki’s own name and reference to his classic theme song, “Kaze ni Nare”). If you want to see Suzuki in anime form, you can check it out right here on Crunchyroll! But it doesn’t quite stop there with Suzuki; he’s such a huge fan of One Piece that he shaved the Devil Fruit design into his hair, and has appeared on a few shows to discuss his love of the series. In an episode of the variety show SMAPxSMAP, Suzuki showed up as part of a trivia challenge, walking away the victor after a series of grueling superfan questions! 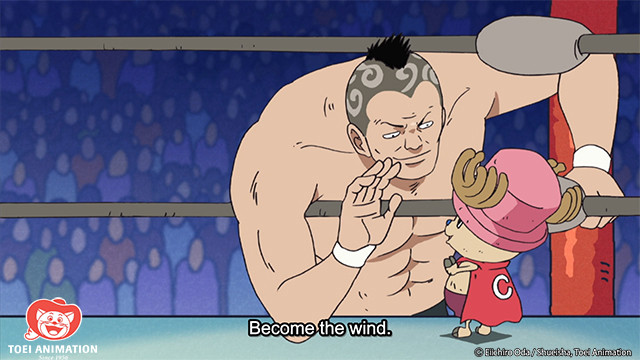 And that’s still not all; Suzuki has even had his own official One Piece themed spin-off in Saikyo Jump’s One Piece Party, known as One Piece Corner, where he discussed things going on in and coming up in One Piece at the time. Suzuki also hosted a podcast called “Manga King Minoru Suzuki,” where he talked about manga he was reading and his opinions on them. And his classic theme song, “Kaze ni Nare,” is famously sung by Ayumi Nakamura, who has performed theme songs for shows like Magic Knight Rayearth. When it comes down to it, it’s pretty hard to beat Minoru Suzuki when it comes to that marriage of anime and wrestling, but take it from us, I think I’d let him win any manga debates he wanted to have…

As anime and manga become more popular, its only to be expected that more and more people come to love and appreciate them, but it is certainly interesting to see the mixture of wrestling and anime take form in the way wrestlers bring their love of the hobby into the ring with them. And we’re sure that there are many more anime loving wrestlers out there, as this list is by no means exhaustive, but simply a way for you to see that anime really is for everyone! Now, we suggest you follow Suzuki’s advice, “be like the wind,” and settle down for some anime and wrestling binge watching! Nothing says anime marathon break like a few hours of amazing wrestling, right?

Did you find out anything about some of your favorite wrestlers? Maybe considering giving wrestling a chance if you haven’t before? Know of any wrestlers we didn’t mention? Let us know in the comments!