Searching for Home in the Anime of Kunihiko Ikuhara

Today let's explore how Sarazanmai illustrates a feeling at the heart of all of Kunihiko Ikuhara's anime! 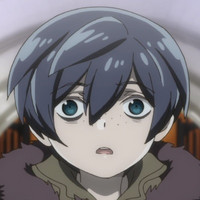 After weeks of cryptically hinting at Toi’s backstory, Sarazanmai at last revealed his secret in its dramatic fourth episode. Toi didn’t willfully choose a life of crime; he was drawn into this world step by step, as the security of his parents’ home gave way to a fragile sanctuary bought with his brother’s sacrifice. In order to maintain the family soba shop, Toi’s brother turned to society’s dark side, and even took responsibility for his brother shooting a local crook. In the end, it became clear that all of Toi’s choices came from the most fundamentally human of emotions—a desire to protect his home, and to honor his brother’s selfless actions. Though they are separated by the very choices they’ve made to protect each other, Toi and his brother are united in defense of the home they both once loved. 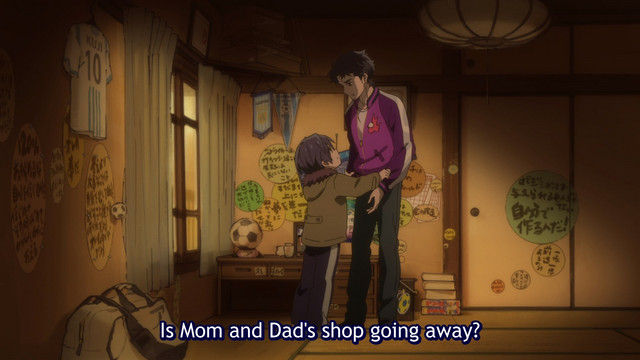 Seeking a home is a key concept in all of Kunihiko Ikuhara’s works. His protagonists tend to be both literal orphans and also orphans of society, characters that the larger world forgot. Like Toi, the heroines of Yurikuma Arashi are disdained by society, with their feelings of love for the same gender leaving them defined as “bears” that threaten the peace. Penguindrum’s central family are similarly scorned for the crimes of their parents, leading into that show’s reveal of the “Child Broiler”; the place where abandoned children go to be torn up by society, and ultimately forgotten.

This focus on seeking a home makes sense, given Ikuhara’s thematic obsessions. Ikuhara’s works consistently contrast the childhood fairy tales our parents tell us about our dreams and potential with the judgmental, oppressive nature of the real world. They focus on the threshold of personal selfhood and public selfhood, where our youthful assumptions about who we are or want to be must survive the gauntlet of emerging into society and being immediately, fiercely challenged on those beliefs. And when his protagonists turn back for the support of their parents, their parents are gone; Utena, Yurikuma’s Kureha, Penguindrum’s Takakura siblings, and Toi are all orphans, while Penguindrum’s other protagonist Ringo is deeply scarred by her parents’ divorce. 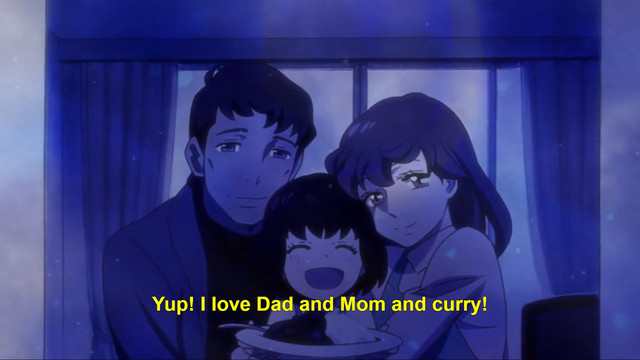 His characters thus spend much of their time seeking or building sanctuaries, places where they are approved and loved, and where their selfhood isn’t just tolerated, but actually valued. All of his protagonists tend to harbor secrets or feelings that make seeking a home within society’s limitations impossible. Utena is a girl who desires to be a prince, while the Takakura siblings are perpetually being judged for their parents’ crimes. Yurikuma’s heroines are literally scorned as man-eating bears, while Sarazanmai’s heroes desperately try to keep their socially unapproved secrets in tightly closed boxes. All of his heroes suffer for society’s judgment of their fundamental nature, and all of them seek a home where they can feel unconditionally loved, and no longer afraid or ashamed.

If they can’t find those places, they build them, one cherished keepsake or colorful splash of paint at a time. Though his stories are often steeped in metaphor, the joy and sanctity of a place where you can truly be yourself is consistently emphasized in the most immediate, endearing way: his show’s beautiful background art. Most recently, we saw how Enta’s family home reflects his whole life story, all of his passions clear in the intricate background details. Such detailed and inviting backgrounds aren’t limited to Sarazanmai, though; you can also find them in Penguindrum, where the oppressive judgment of society is counterbalanced by the beautiful details of the Takakura home. When the world refuses to accommodate these abandoned children, they build their own homes, be they lonely princesses or beloved little sisters. 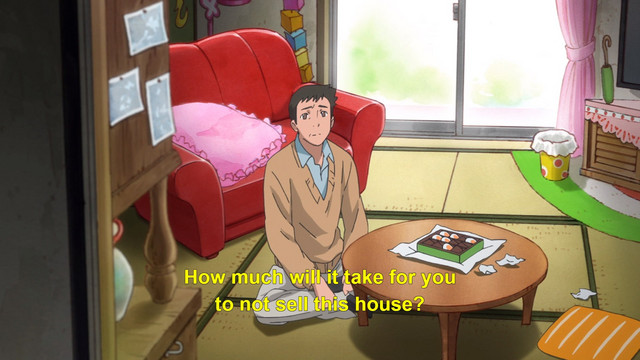 This balance speaks to the grounded, world-weary humanism at the heart of Ikuhara’s tales. His stories consistently contrast the judgmental, dehumanizing nature of society against the warm, intimate hearths we can build within it, and his own sympathies come through clearly in the beauty and charm of the homes he builds. Ikuhara combines a keen understanding of society’s preconceptions, limitations, and bigotries with a profound sympathy for society’s outsiders, and though they seek shelter where they can, his heroes all ultimately strive to transcend society’s cages entirely. But until they can truly break free, I wish them luck in finding their own loving homes.

Are you a fan of Ikuhara's many misfit heroes? Let us know your own favorite Ikuhara character in the comments!