Underneath The Butts And The Dancing, Sarazanmai Is Beautiful

This show has got a lot of kappas and a lot of heart! 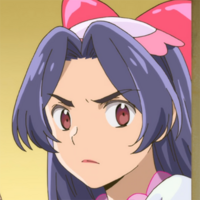 I truly believe that every anime season needs at least one "SHUT UP, DAD. IT'S CALLED 'ANIME'!" show. These are shows that, if a stereotypical sitcom Dad walked in on you watching them, they'd be a little tougher to explain than "This is Goku, and he likes lasers and push ups!" or "Gundam is about robots and anxiety." And that show, right now, is the wonderful Sarazanmai. Full of troubled teens with flashback-heavy story arcs, a parade of butt-related imagery, multiple dance sequences, and an idol character that says "Dish!" a lot, if I discovered it drunk at 2 AM, I'd think I was having a fever dream.

But, while it'd be easy to watch the first episode and deem this show as "haha random," the last few episodes have proven that Sarazanmai is a show with a lot of heart. It's hard to accurately capture the exhausting quest for identity that is middle school, but I feel like Sarazanmai does a pretty solid job with it. Its three main characters, Kazuki, Enta, and Toi are all desperately trying to figure out exactly what kind of people they want to be and also bond with each other and the world around them. And that's the toughest part of middle school: How do I become me? 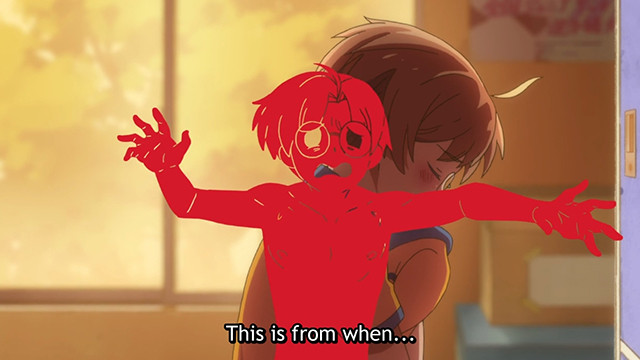 A lot of times, in fiction, creators choose to tell their coming of age stories with either children (because the metaphors are a little more obvious and it's way easier to make the moral sweet if it's a kid), or high schoolers (because then you can center it around big events that signify obvious growth, like graduation or even prom night.) But in middle school, you're just kind of trapped...with you. No matter where you are in it, you've got at least four more years of school left, so you're not really escaping into the next phase of your life. And you can't really drive, which is another big Adulthood Level Up, or legally drink or smoke, so for the weird years that constitute middle school, you're having some of the most drastic changes of your life as a child.

This momentary swamp of existence is hard to convey because so much of it is just the internal scream of "WHY AM I LIKE THIS?" And this is where Sarazanmai excels. Kazuki dresses up as the idol Sara Azuma, something that he hides from even the closest member of his family, his wheelchair-bound brother Haruka. Enta has a massive crush on Kazuki but can't muster up the nerve to tell him, so he lashes out often in weird emotional displays. And Toi is a criminal along with his older brother who (SPOILERS OH GOD SPOILERS) also once killed a man that threatened his big bro. And while this is definitely a little more dramatic than my middle school experience which mostly consisted of eating hambugers, playing Magic the Gathering and passing "Will you go out with me? Check yes or no" notes in class, I get it. 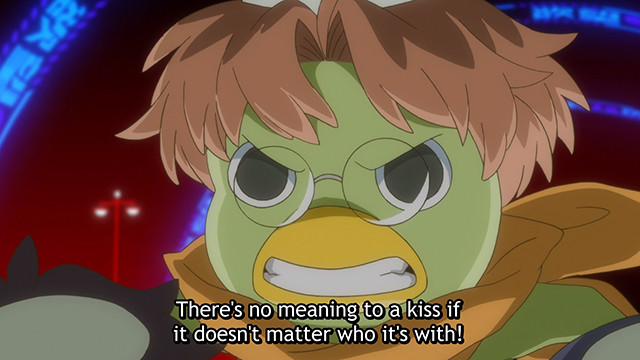 There's a grappling with your own personality that goes on during this time, and Sarazanmai excels at treating it with empathy. People have the tendency to tell you that the phases that you go through in your life before you reach true Gotta-worry-about-taxes adulthood are unimportant, and that you'll inevitably look back on your teenage and young adult choices as silly. But this outlook is so jaded and dull, because you forget just how honestly you feel everything in middle school. Sarazanmai is a show that deals heavily in that, especially when it comes to discovering your own sexuality. At no point does Sarazanmai dismiss this as "just a phase" or "just figuring stuff out." Instead, it's given weight. It's treated as truth, rather than something that Enta or Kazuki will look back on in shame.

And remember the butt stuff that I talked about earlier? That isn't just Kunihiko Ikuhara deciding that it would be funny if these Mighty Morphin' Kappa Rangers pulled orbs out of monster ass. In folklore, Kappas acquire power by pulling the shirikodama, an orb that contains the soul, out of their victims' anus'. This seemingly goofy stuff has mythological precendence, bro. And the catchphrase "Dish"? If it's not obvious already, that's a reference to the dish of water that Kappas have on their heads. Oh, and all of those cucumbers? That's traditionally the kappa's preferred meal. And the dirty cops? That's a reference to, ummm, well, we'll probably have to keep watching to figure that one out.

Lastly, Sarazanmai explores the bonds between people and what they mean and, because the main characters are in middle school, how we figure out what they mean. Every episode title starts with "I Want To Connect, but..." for a reason. As a little kid, your purpose is mostly found through your burgeoning interests. For example, my ten-year-old personality could simply be described with "Prefers Pokemon Red over Pokemon Blue" and you would've had me solved. But when you hit middle school age, suddenly you begin to find purpose through others. Friendships become more layered, reltionships become more complicated, and you have to deal with all of it while you're still trying to deal with, well, you. 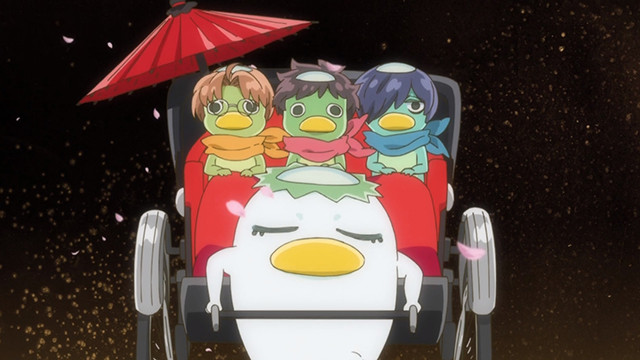 Overall, Sarazanmai is my favorite show of this season because along with its great sense of humor, its wonderful visuals, and its absolute banger of an ending song that sounds like it should go on the Spider-Man 2 soundtrack, it's got deep themes about self discovery and connection. It's a show about growing up when you're not quite sure what that means, and about reaching out to others when you can barely reach inward. It's great and it's on Crunchyroll, so go watch it.

Do you like Sarazanmai? Who is your favorite character? Do you enjoy a nice cucumber snack? Let us know in the comments!

Daniel Dockery is a writer for Crunchyroll. You can find him on Twitter.

Tags
sarazanmai, kappas, kazuki
« Previous Post
Upcoming BL Anime Given Reveals Its First Protagonist in New PV
Next Post »
Get YOUR Questions Answered by the Voice of Rimuru
Other Top News
4 Comments
Sort by: