Behind the Scenes of The Rising of the Shield Hero: An Interview with the Director

Takao Abo talks about his artistic inspiration, his love for Lupin the Third, and what he's most grateful for 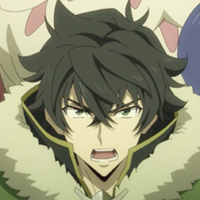 The Rising of the Shield Hero is one of the most popular anime of both the previous and the current seasons (see the multitude of fan reactions to each new episode), and as Naofumi and Raphtalia's journey nears its end, we wanted to take readers on a journey behind the scenes of this fan favorite series.

The director of the anime adaptation The Rising of the Shield Hero, Takao Abo, was one of the headlining guests at Anime Central 2019 and I had the distinct pleasure of sitting down to talk with him about his work on the series, his views on art, and plenty of other topics. 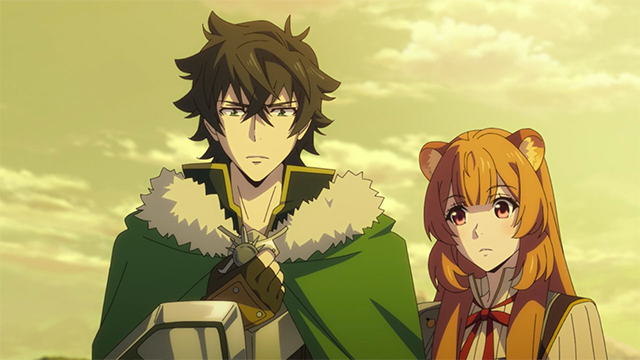 Could you tell us a little about your career? How did you get started working in the anime industry?

As a student, I actually entered a high school with a focus on art and drawing, and I really wanted to work to build on those skills, but close to me there weren’t many opportunities. That’s how I ended up going to Tokyo and entering the animation industry.

How did The Rising of the Shield Hero become considered for an anime adaptation?

My first encounter with The Rising of the Shield Hero was when the producer, Ogasowara-san introduced the work to me, and it was already popular globally, including in the United States. And so Ogasawara-san approached me and said “we want to make an anime out of this,” so that’s where I encountered it.

I see, that actually answers the second part of my question! Moving on, could you explain the role of Director? What aspects of an anime series are you responsible for?

So with The Rising of the Shield Hero, I really felt that it was important to create this fantasy world, and that means creating that world visually, in terms of colors. Kevin Penkin, who did the music, and who’s here with me today, (Abo-san gestures across the room to composer Kevin Penkin, who gives a wry nod), was also integral to that process too. I think that all of these elements were really important in creating the world of The Rising of the Shield Hero, and so that’s what I think about when I’m in my role as director–helping to create that world.

Well, you've done a lovely job–the world is quite immersive, and I think a lot of viewers really like spending time in this world.

Thank you so much. 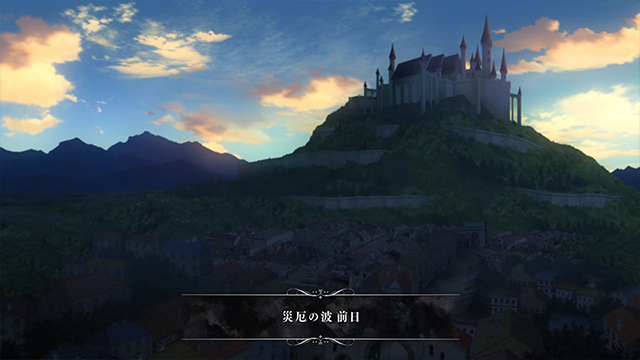 You’ve worked on anime adaptations of light novels, visual novels and manga. What are some of the advantages and challenges of adapting light novels specifically into anime?

So, of course, if you start with a novel, all you have to work on is the text, and you work from the text and you try to express that text in animation. But if all we do is take the text and just turn it into visuals as-is, I think that’s really not enough. The viewers want more than that, so trying to bring something new to the audience is something that’s both a challenge but also an interesting part of bringing novelizations and light novels to the screen.

The Rising of the Shield Hero has become a huge hit with English-speaking audiences. What about this story do you think  resonates with so many different people so deeply?

Recently, it seems like there are many fantasy novels in Japan that are being turned into anime, but I don’t think there are that many where the protagonists–the main characters–really make their own path through finding their own power. There’s not many such works. I think that’s something that resonates with the viewers, as well as the way the two characters have their own dark sides or painful feelings, but they suppress and overcome them, and they are able to go out into the world and go on adventures. I think that’s the strong feeling of the two characters–they leave a strong impression on the viewers.

I would agree, I think that there’s something really deeply beautiful about the way that Naofumi and Raphtalia deal with the dark things that have happened to them. 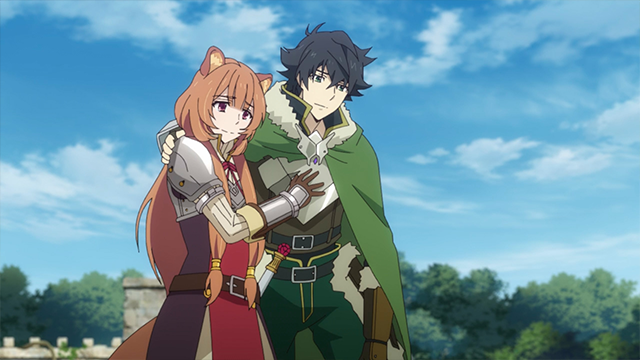 Aneko Yusagi, the author of the original light novels, is a very private person. Do you work closely with Yusagi on the Shield Hero anime, or are they more hands off with the project?

I actually met with Yusagi only once and we talked in detail about this work. The impression I got talking to them is that there were these four people who could become heroes, including Naofumi. Yusagi also stressed the importance of leading with your own morality and the idea that your own morality could potentially have negative effects or impacts on other peopleshould you really follow what you think is right, or should you question that? So I took those ideas with me and that was really, I think, the trigger for the core of The Rising of the Shield Hero. Yusagi communicated that theme to me, so I built upon that theme within the anime.

What should fans look forward to in the final stretch of The Rising of the Shield Hero?

The latter half of the series sees Naofumi in this world, still full of lots of anger and hate. But through Raphtalia, he starts to awaken and starts to discover what is meaningful and important in life. I think that this continued awakening of Naofumi is something that fans should look forward to in the latter half.

Which works, be it anime, novels, games, movies, or anything else have inspired you the most, as a director?

I’m kind of a fan of the dark hero genre, and I’ve been a fan of that for a very long time. For example, in Japanese anime there’s Lupin the Third–actually in the very first season of Lupin the Third, the atmosphere s something that I really like. In terms of movies, there’s the classic film noir genre, but I’m also a fan of the look and the feel of movies directed by Ridley Scott. I’m a fan of those kind of dark hero works.

It’s funny that you bring up Lupin, because many people in our office who really like Shield Hero also really like Lupin!

Yeah, there’s definitely some commonalities there, with myself as well. 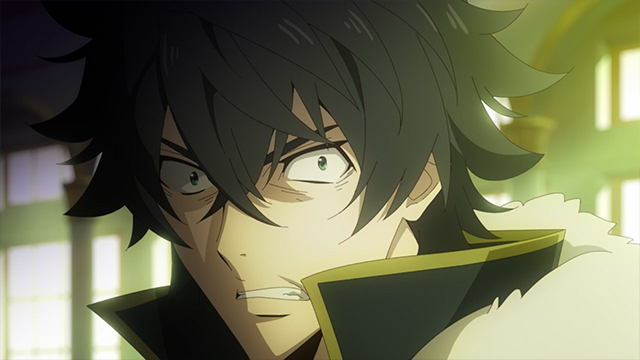 As a director who works primarily in anime, what advantages do you think there are to telling a story through animation instead of live-action?

Animation is a medium where I have more control over the concepts of time and space than I would in a live-action film, which is really convenient! It also makes it easier to show and realize feelings and express emotions directly that might be more difficult to express in other media.

That makes so much sense! I was rewatching episode 4 last night, and the scene leading up to where Raphtalia embraces Naofumi always brings up so many emotions within the viewer, I think. I agree that it would'nt have been possible to be done the same way in live action. 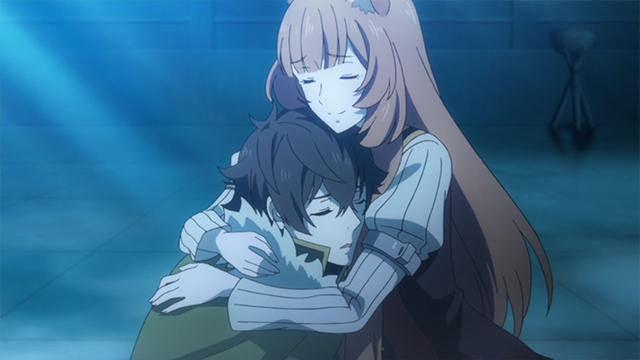 Shifting gears a bit, what is the most memorable experience you’ve had, working in the anime industry?

My most important memory, or what I’m really treasuring? 2019 is the 30th year I've worked this industry–this world–and working on animation now is the most fun i've ever had in my career. Initially, I started out working alone on storyboards and jobs like that, and then, thanks to the help and support from more and more people, we are able to realize these amazing works. So, really, meeting these people and being thankful for their contributions and their hard work is the thing I’m most grateful for. As we approach the end of Shield Hero and we’re working on the final episode, the thing that’s really most memorable or most important to me is really my gratitude to the staff and to everyone who helped make this a reality.

That’s really beautiful. Congratulations on 30 years, by the way!

I only have one more question, and that is: do you have any message you would like to express to Western fans of The Rising of the Shield Hero?

So as I mentioned at the beginning, when we started this project it had already been read and was already popular in various countries around the world, so I was very nervous about turning it into an anime, so within myself I really wanted to create something that is common to everyone and something that unifies us all. So one theme I tried to start with was “make this a story about family,” and if the fans feel moved or connect with that story, then I’m very thankful for that and I’m very happy, and as we approach the end of the story I’m very thankful for their support and that they find something they connect with in the story. 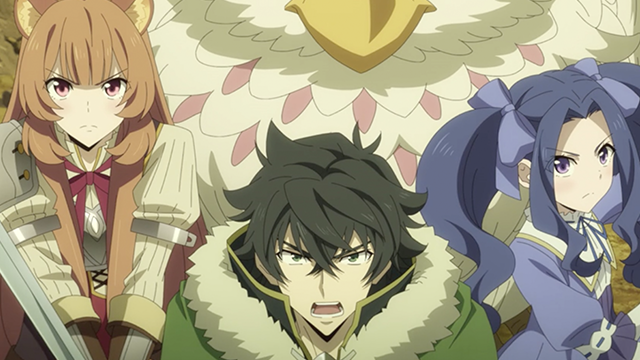 This week, to celebrate The Rising of the Shield Hero, we have a new Shield Hero article coming out every day! Check out the other articles below (grey articles are not published yet):

Watch the Rising of the Shield Hero on Crunchyroll