A look at Japan's history, both what was happening in the country and what shows take place in each era. 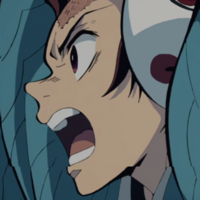 On April 30, 2019, Japan’s Emperor Akihito officially abdicated the throne and his son, Naruhito, became the new emperor. This means that the country has both a new ruler and has started a new era, ending the Heisei era that started in 1989 and beginning the Reiwa era.

This brings up an interesting question though. What are the major Japanese eras? Many anime fans will know terms like “Warring States period” and maybe “Showa era,” and may even know some of the important names or characteristics, but when does each era occur in relation to the others, what was happening in the world in general at the time and most importantly: what anime can I watch that depicts each era? 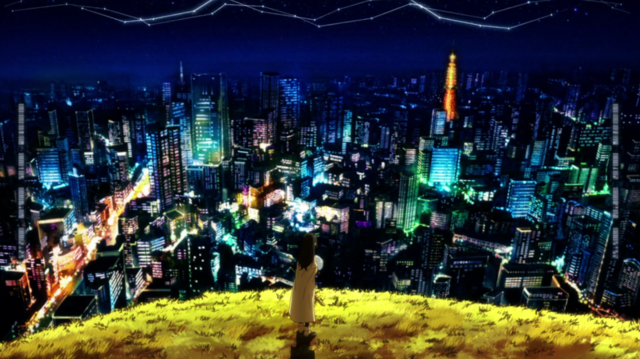 Keep in mind that many of these periods of history last for centuries and so no characterization is going to be perfectly accurate. Society changes a little with each generation, so the early Edo period of the 1600’s is almost certainly significantly different than the late Edo of the 1850’s. 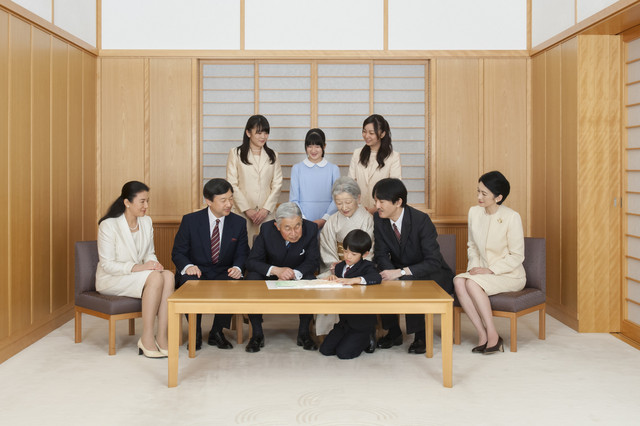 Also, technically each emperor is given their own era, hence why Akihito’s Heisei is ending and Naruhito’s Reiwa is beginning, however for the sake of not turning this article into a history book, we will be talking about the major historical periods, and only focusing on each emperor’s era for the most recent few.

Chronologically, the earliest parts of Japanese history, collectively known as ancient Japan, are the Jomon, Yayoi and Kofun eras. Jomon is the oldest, going from 10,000 to 800 B.C. In terms of the rest of the world, by 800 B.C. Chinese alchemists had made gunpowder and Rome was about to be founded. 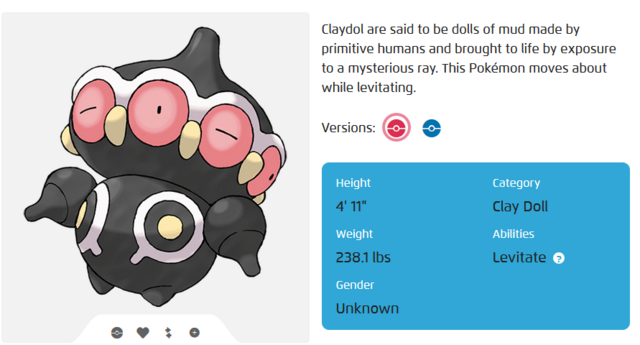 No anime have been explicitly set in the Jomon era, however the era’s dogu figurines, one of its most well known styles of art, have been depicted in shows like Digimon via Shakkoumon and Pokémon, with Claydol.

The Yayoi era takes up the next 600 years, from 300 B.C. to 300 A.D. This is when various practices made their way to Japan, like metallurgy and hierarchical class structure. In other parts of the world: Christianity started, Julius Caesar’s reign happened and China entered its Three Kingdoms era. 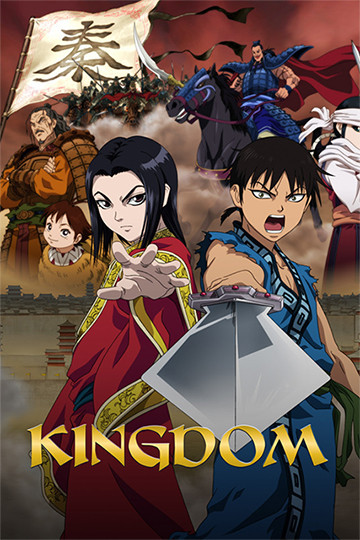 In terms of anime, while not set in Japan, Kingdom is set in the Chinese warring states era, which ended in the 4th century B.C., which is still in the early Yayoi period. Meanwhile, Osamu Tezuka’s Phoenix is set in a few different eras, with the one of the arcs, specifically the Dawn arc, being in the Yayoi era. In 2004, the manga received an anime adaptation, and earlier this year Media Blasters announced that they were re-licensing the title to make Blu-rays available for the first time. 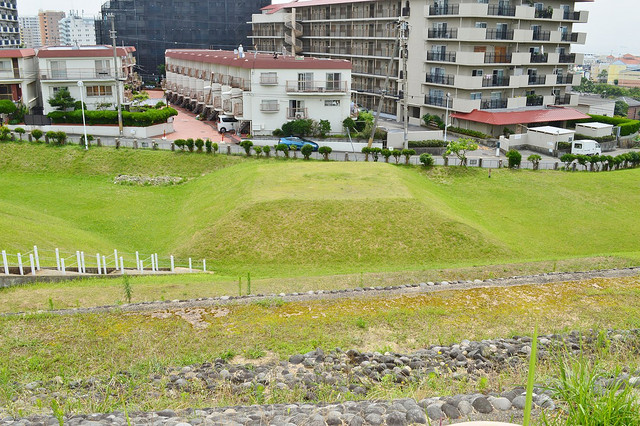 The final era of ancient Japan is the Kofun era, from 300 A.D. to 538 A.D., when the country became more politically centralized with the start of the first Imperial government. The name of the era comes from the Kofun mounds where important figures were buried. Elsewhere, the huns were attacking India and Rome, Zen Buddhism entered Korea and Chichen Itza was founded in modern day Mexico.

Unfortunately, there do not appear to be any anime that have adapted the Kofun era. Even Phoenix, despite covering eras both before and after Kofun, seems to skip over this time period. 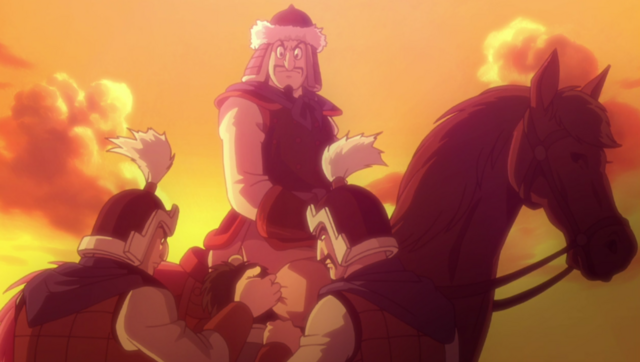 Next is Classical Japan, with the Asuka, Nara and Heian eras. The Asuka era lasted from 538 to 710, during which the arts were greatly affected by the influx of Buddhism, and the country’s name changed from Wa to Nihon. In the rest of the world, Italy reunified under the Byzantine Empire, the Islamic prophet Muhammad is born and wet field rice cultivation flourished.

For anime, Phoenix comes back to life as quite possible the only show that has adapted the era, specially the Sun arc for the Asuka era. 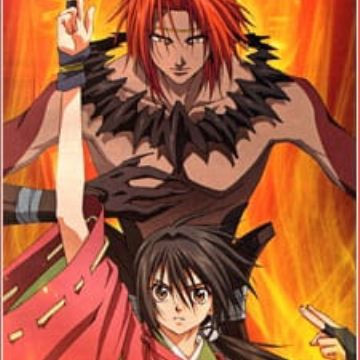 Nara, which lasted from 710 to 794, is known for the Imperial Court creating the first Japanese literature and Buddhism finally gaining more followers due to the emperor being Buddhist. Meanwhile, the Ghana empire began and the Iberian Peninsula begins to be ruled by Berber Muslims.

Outside of potentially some children’s manga though, like the Kofun era, there seriously don’t seem to be any anime set in the Nara era.

Japan’s classical era ended with the Heian era from 794 to 1185, during which Buddhism and the Imperial Court were at their peak, Charlemagne was crowned Roman emperor, the Norse became Normans, the University of Oxford began teaching and anime finally had something to adapt. This is the era Shounen Onmyoji and Otogi Zoshi are set, among others. 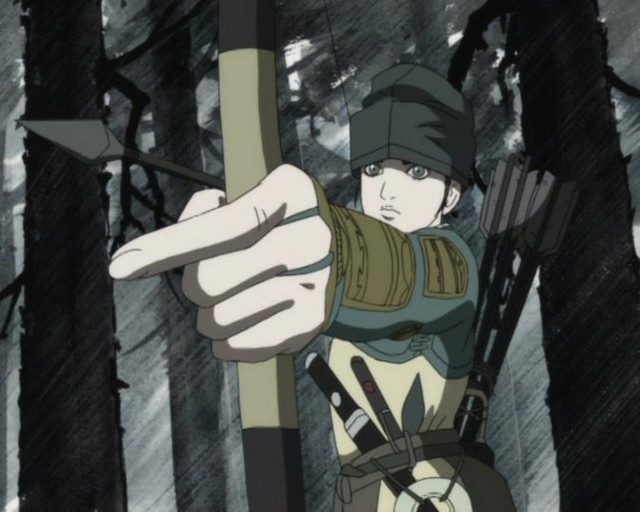 After the Heian era are the Kamakura, Muromachi and Azuchi-Momoyama eras, collectively known as Medieval Japan. In general, these eras are known as when the shogunate and samurai became prominent.

The Kamakura era, from 1185 to 1333, saw the rise of the Kamakura shogunate, emergence of samurai and establishment of the feudal system. In the rest of the world, Richard I was crowned king of England, Genghis Khan was declared Great Khan of the Mongols and the Ottoman Empire was established.

Like with many of the ancient eras, not many anime are explicitly set in the Kamakura era. One exception is Kurozuka, a show about a man in the 12th century who finds out he is unable to die and so watches Japan develop for the next 1,000 years. 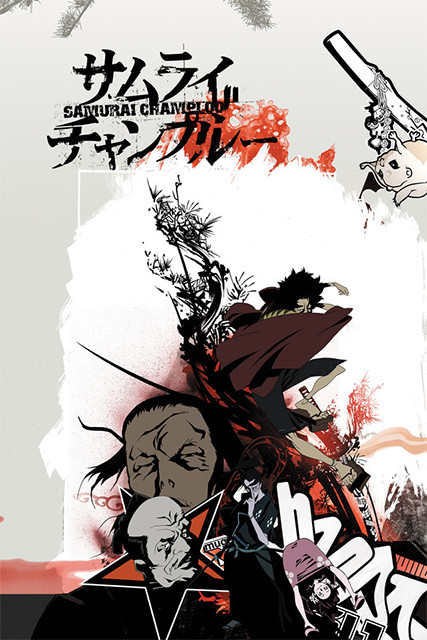 The Kenmu Restoration, which lasted the next three years, was an attempt to put the Imperial Court back in power, and ultimately led to the next Shogunate.

The Muromachi era and shogunate lasted until 1573 with a succession of 15 shoguns. The last shogun was driven out of the capitol by Oda Nobunaga, starting the Azuchi-Momoyama era, which most people probably recognize more as when Nobunaga and company ended the Warring States era (which had lasted 150 years through half of the Muromachi era) and reunited Japan. When Tokugawa Ieyasu took over and started the Tokugawa shogunate, the Edo period and Japan’s isolationism policy officially began, lasting from 1603 to 1868.

The reason why these three eras are combined instead of each getting their own sections is because they are collectively known as Japan’s feudal era, one of the most popular time periods for anime. 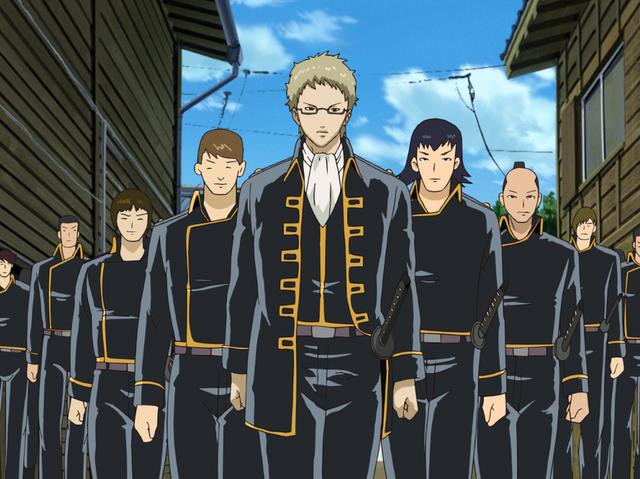 If a show looks like it’s set in the past and the characters are wandering the countryside from village to village, there’s a good chance it’s set during the Warring States period, even if it has more magical or fantastic elements. If the show ever mentions the Shinsengumi, it’s probably set sometime during the Edo period or shortly after.

Most anime set in feudal Japan tend to keep the exact era obscured, instead just showing that the setting is somewhere in that almost 400 year timeframe or heavily inspired by the politics and history of feudal Japan in general, like how Gintama is technically set shortly after the Edo era, so still has a Shogunate and the Shinsengumi, but is also set in a world where aliens conquered Earth. Of the shows that make the timing clearer, the likes of Inuyasha and Dororo are set in the Warring States era while Samurai Champloo and Mononoke are in the Edo period. 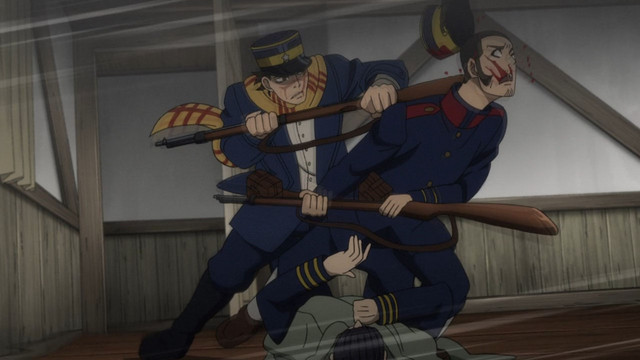 The Edo period ended when people loyal to the emperor overthrew the shogunate to reinstate the Imperial Court, leading to the Meiji Restoration and subsequent era. During the Meiji era, which lasted from 1868 to 1912, Japan emerged from its isolation and ended its feudal system, influenced by more Western ideas.

In terms of anime, this is the set piece for the likes of Rurouni Kenshin and Golden Kamuy. 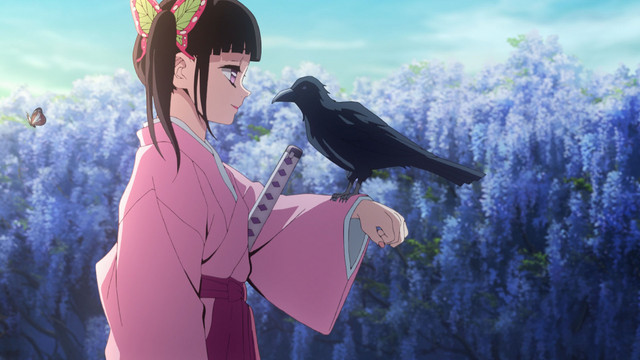 The Taisho era established the Imperial Diet of Japan and democratic political parties. The Showa era lasted through World War II, and as a result saw a drastic shift in Japanese society eventually resulting in a parliamentary democracy replacing the Imperial government and a massive economic boom in the latter half of the era. 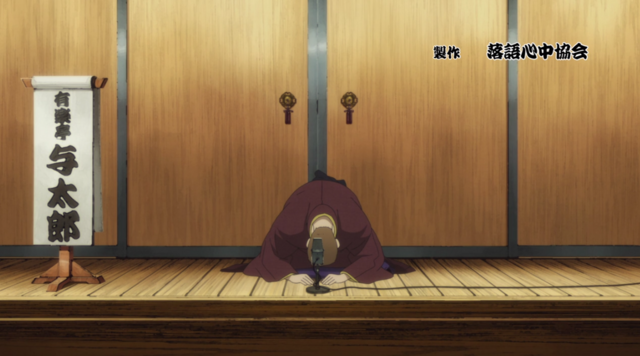 This season’s Demon Slayer: Kimetsu no Yaiba is set in the Taisho era. For Showa era shows, Showa Genroku Rakugo Shinju and Baccano! are two of the bigger names. Moving into the Heisei era, pretty much anything set in the modern day qualifies.

The Heisei era is still a part of modern memory, so it is difficult to know how it will be remembered in history, however the transition between Heisei and the new Reiwa era is the first time an emperor has abdicated the throne rather than the new emperor ascending soon after the previous one died.

And that leads into the current Reiwa era. Since even anime set in modern times typically lags behind current events by a few months or years, nothing is explicitely set in the new era yet, but any slice of life show set in a highschool where the school year just started will be a good contendor for the first ones to cross that line, as one month into the current Japanese school year (specifically at the end of Golden Week) everyone in the country should get a bit of extra time off as the new emporer takes the throne, prompting a national holiday and extension of the students' study time in preparation for their upcoming exams. 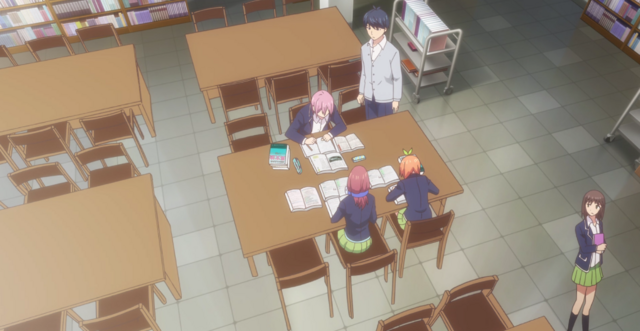 That takes us all the way through Japanese history, from the ancient artifacts of the Jomon era to the smartphones of the modern Reiwa era. There are still the science fiction shows set in the future, but since those eras are yet to come, they do not fall in the scope of this article. Now, all that's left is to watch how the modern era turns out and see how anime in the coming seasons and years deal with new history being made.

Do you know of any anime set in ancient Japan that I missed? Any standouts from classical or medieval Japan? Let me know in the comments below!