Celebrating the Birth of a Legend with Hideaki Anno's Top 10 Works!

Let's look back at Hideaki Anno's eclectic filmography with our top 10 favorites! 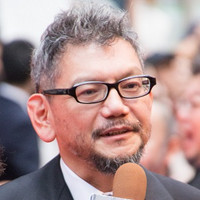 Whether you’re a casual anime fan or a diehard follower, chances are you revere, worship, or at the very least know the name of Hideaki Anno. As an eclectic and ambitious director and one of the founders of GAINAX studios, his career has had no small part in revolutionizing anime as we know it. His influence persists through some of the most memorable mecha anime and monster animation, dating back to Hayao Miyazaki’s classic, Nausicaa and the Valley of the Wind, where he received recognition for helping animate many of the more complex scenes in the film's climax. His style makes him a certified nerd genius, meaning he knows exactly how to make some of our favorite franchises and genres great because he grew up with them much in the same way we did.

To celebrate Hideaki Anno’s 59th birthday, we’re listing off our top 10 favorite works as we fondly look back on a filmography that is as timeless as it is visionary. 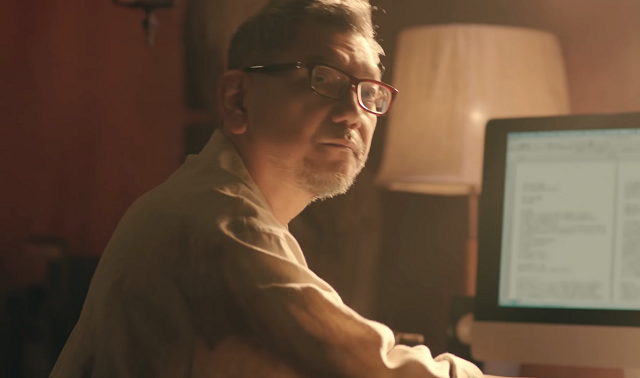 It’s difficult to gauge how good something is when it hasn’t finished yet, especially when its conclusion has been more than eight years in the making. So we’re settling with the reimagining of Anno’s most influential work at number 10. Whereas the original Evangelion broadcast lacked the budget to achieve Anno’s true vision, the Rebuild movies were able to capitalize on its popularity and create visual spectacles that were closer to his ambitions. The new story may take some controversial twists and turns, but Rebuild is certainly an experience that Eva fans shouldn’t miss out on. 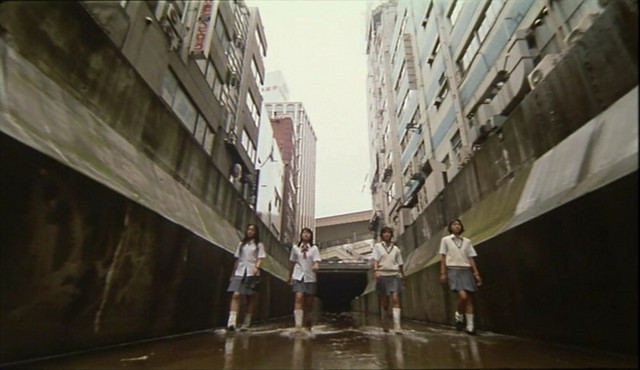 In 1998, Anno made his first venture into live-action filmmaking, which expanded his passion for pop culture, and comes in at number 9. This harrowing coming-of-age story follows a group of Japanese high school girls who are embroiled in the seedy industry of compensated dating. In the transition from animation to live action, Love & Pop loses none of its creator’s creativity. The film was reportedly filmed almost entirely on handheld cameras, and uses odd perspective and camerawork to convey emotions. As a poignant commentary on Japanese society and the importance of self-worth, Anno succeeded in carrying out his patented brand of visual philosophy in his first live-action project.

8) His and Her Circumstances 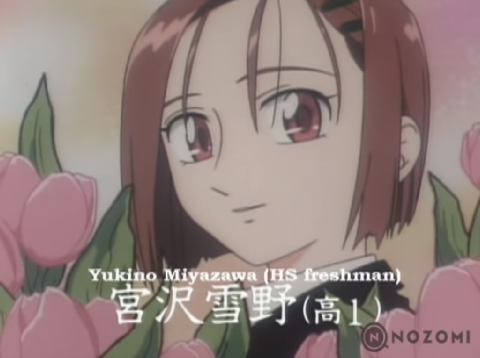 This 1998 anime comes hot off the heels of End of Evangelion, but represents a departure from Anno’s usual beat up until that point. Whereas he told very humanizing stories through the lens of sci-fi, His or Her Circumstances brought his drama back to much more realistic settings. The show focuses on a young girl who feigns perfection in high school despite her numerous personality flaws, and the relationship drama that she and her friends face.

According to Animefringe writer Adam Arnold, Anno did research on actual high school students in order enrich the anime’s plot and characters with a touch of realism. His introspection into the sociology of people’s relationships was supplemented by a unique art direction that featured scenes depicted using panels from the original manga, and lines of dialogue that featured little to no animation. Anno’s sense of style and storytelling is in full force, even without giant robots or monsters to complement the character drama, earning His or Her Circumstances a comfy seat at number 8.

7) Nadia: The Secret of Blue Water

For a series inspired by Jules Verne, conceived by acclaimed anime director Hayao Miyazaki, and directed by Anno himself, is it any wonder that 1990 anime makes number 7 on our list? The show revolves around the titular Nadia and her inventor friend Jean who join up with Captain Nemo and a host of other characters to try and stop the Neo-Atlanteans from taking over the world.

The series earned several Anime Grand Prix Awards in 1991, including “Best Work” of that year. It also placed at #72 in a 2001 Animage list of top 100 anime productions. It’s been lauded for its dark and mysterious narrative undertones being expertly woven into the show’s charming and upbeat nature.

As another one of his live-action films, Anno took on the sizeable task of adapting Go Nagai’s classic and influential magical girl series. That’s a winning combination for number 6! The 2004 film stars award-winning actress Eriko Sato as the titular outfit-changing superhero, and features a ton of original character depictions, such as making Honey’s best friend,Natsuko Aki,a police inspector. Various scenes featured wacky visuals and magical action that oftentimes likened the movie more to a glorified motion comic than a film. However, a stylistic choice like this could be traced back to Anno’s love for classic Japanese pop culture stories, and a desire to bring that charm to life in its purest form.

Of course, Cutie Honey shines as an anime, and Anno succeeded in bringing the project back to its roots. Re:Cutie Honey is a three-part OVA that came out only two months after the live-action movie. While the story remains the same between the film and the OVA, its characters received more development and many scenes retained the charm that Cutie Honey is known for.

Though Anno is credited as the director, he worked with three different directors across each episode, each of them bringing their own style and polish to connect with Anno’s vision. Its stylized visuals, quirky anime dialogue, and homages to other classic anime make Re:Cutie Honey one of the more memorable works that Anno had a hand in. 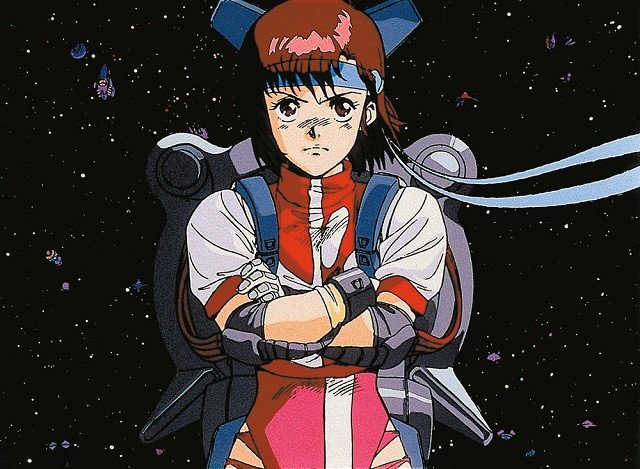 This classic mech mini-series marked Anno’s directorial debut back in 1988. Inspired by 1986’s Hollywood film Top Gun, Gunbuster tells the story of Noriko Takaya, a clumsy but determined young girl who enrolls in a mecha pilot training school in order to follow her father’s footsteps in the battle against malicious aliens.

As Anno’s breakout directorial work, this already featured many hallmark elements that we know him for today. From unique mecha and monster designs to a compelling and emotional narrative with a dash of fan service thrown in there, Gunbuster remains a pillar of 1980s anime and truly set the precedent for what Anno had in store for the world. The show’s final moments also featured his patented “vision exceeding budget” technique of having to cut corners on action sequences during the finale.

You probably saw this coming a mile away, because Neon Genesis Evangelion deserves no better place on this list than in the top 3. Anno and Evangelion are practically synonymous, as his show remains one of the most influential and memorable works in anime history. Evangelion dared to tell a harrowing and visceral introspection on depression and the human condition through the trauma of young and immature mecha pilots, reflecting Anno’s own depression at the time.

Since its premere in 1995, it's been widely credited for revitalizing anime during a time where the industry was in dire straits. In a 2009 interview, anime producer and current AT-X President Keisuke Iwata once posited that it even played a major role in anime's initial global appeal. It challenged other creators at the time to tell stories of psychological depth and gave rise to more impactful and emotional anime. Acclaimed director Makoto Shinkai himself stated that anime as it is today owes a great deal to Evangelion. There’s really not much else to say about how revolutionary Evangelion is, or how imaginative Anno was in creating it. 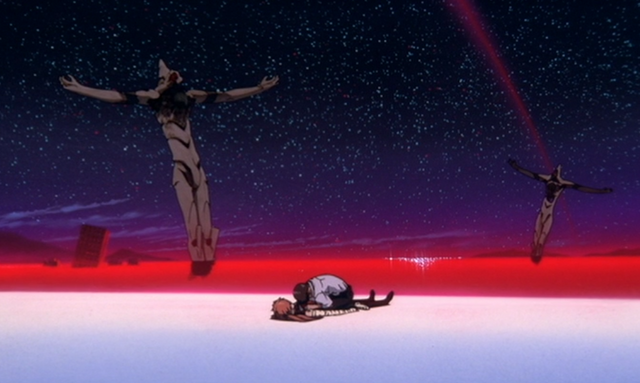 Of course, Evangelion literally wouldn’t be complete without End of Evangelion. With a proper budget and a reputation as one of the most popular and memorable creators of his time, Anno was able to transcend Evangelion’s controversial final episodes and deliver something truly special within this 1997 feature length film.

End of Evangelion marked a major achievement in Anno’s career by allowing him creative catharsis. The trauma and development behind the main cast is brought to a head as Anno’s vision is fully realized. Shocking and intense visuals and a healthy dose of Anno’s trademark psychological and existential drama made for a much more direct, if not considerably surreal, conclusion to Shinji Ikari’s tale.

In his most recent 2016 live-action film, Anno adapted one of Japan’s most iconic pop culture characters, and he did it rather perfectly. Known as Godzilla: Resurgence in Western theaters, Shin Godzilla received critical acclaim in Japan for Anno's unique yet faithful take on the classic kaiju. Though the monster was generated with CGI, its visceral organic design was made to emulate the feel of a traditional tokusatsu monster suit as an homage to Godzilla’s roots. However, he also implemented his own twists on the character, showing off a gradual evolution of the monster and displaying considerably epic upgrades to his classic Atomic Breath.

The film won an abundance of Japanese film awards, including the 40th Japanese Academy Prizes for Film of the Year and Director of the Year for Anno and Shinji Higuchi, a close friend of Anno’s who worked previously worked with him on several of Anno’s projects, including Evangelion.

Reportedly, Anno initially turned down the project while he was in the midst of a depressive episode after completing Evangelion 3.0, citing that he didn’t feel confident enough that his film would meet the standards that previous Godzilla films have set. But with the love and dedication he put into the film along with the accolades it built up, its place as on our list one of Anno’s best works is a no-brainer for us.

While Anno certainly didn't direct this 2014 Japanese drama, this endearing depiction of the acclaimed director deserves a shout-out on our list. Based on a semi-autobiographical manga by Kazuhiko Shimamoto, the show provides a fictionalized record of his student years at the Osaka University of Arts, which he attended alongside Anno and several other notable anime creators in the 1980s.

Anno was portrayed by Ken Yasuda, who presented a hilariously-dramatized version of Anno who would act out his favorite kaiju battles with his friends and flaunt his eclectic knowledge of animation techniques, character habits, and tokusatsu suit actors. The show also showcased many of Anno’s impressive animation assignments and even recreated his charmingly-homemade Ultraman student film project. 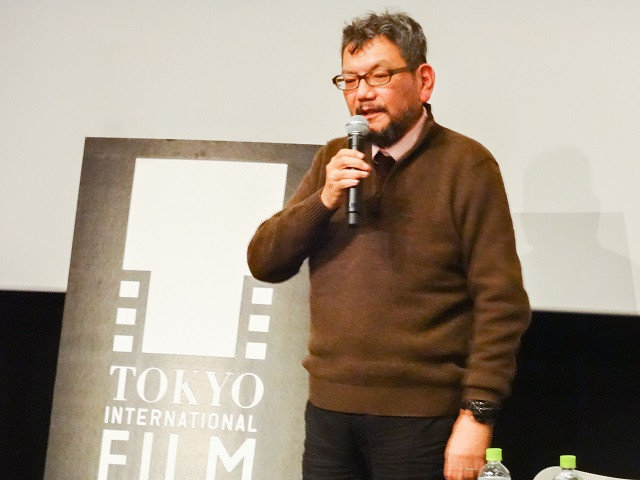 Hideaki Anno is nothing less than an iconic anime visionary, whose imagination and deep appreciation for pop culture knows no bounds. As a creator, he's spent his career constantly climbing out of the depths of depression to create impactful and outstanding work in both anime and live-action filmmaking. It's no exaggeration to say that anime as we know it wouldn't be the same without Anno and his boundless creativity!

Which of Anno's work is your favorite? How would you rank his shows and movies? Drop a comment and let us know!