Today let's explore how great directors can fuse music and narrative into something truly special! 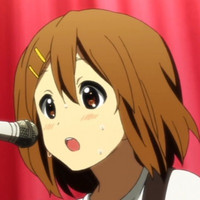 Hey all, and welcome back to Why It Works! Today, I’ve got music on the mind, and can’t stop listening to tracks from Shinichiro Watanabe’s Carole & Tuesday. Though it’s still trapped in streaming limbo, even just performance excerpts make it clear that Watanabe’s latest production is embracing a very unique style of storytelling. Focused on a pair of girls hoping to make it as musicians, the course of their journey is illustrated not only through the overt narrative, but the actual songs the two of them write and perform. In Carole & Tuesday, musical performance itself is a way of conveying character development. 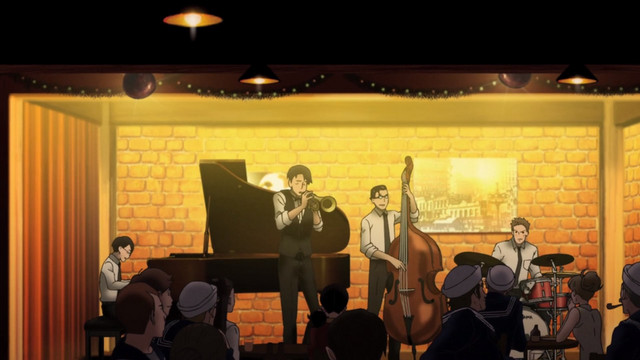 This shouldn’t come as a surprise to dedicated fans of Watanabe. After all, his earlier adaptation Kids on the Slope also used musical performances to convey character emotions, with the bond of Slope leads Kaoru and Sentaro often being most clearly illustrated in the playful interplay of their drums and piano. And even when his protagonists aren’t literally musicians, music often informs the most impactful, emotionally resonant moments of their lives. Spike Spiegel trudging to pay back past debts as a mournful dirge plays, Lisa Mishima’s laughter fading into the song as she embraces freedom; Watanabe’s works are all built on an understanding of the transformative power of music, and how it can convey an experience beyond the power of words to describe.

This power strikes at the heart of art and storytelling’s ability to connect with and move us. One of the great strengths of music and animation is that they are able to convey emotional sentiment even more directly than communication. When conveyed through music, we don’t just intellectually understand some emotional turn, we actually feel it for ourselves, articulated through a language more elemental than overt dialogue. Music is a universal language, and the best anime directors are able to turn music into a clear vehicle for emotional expression. 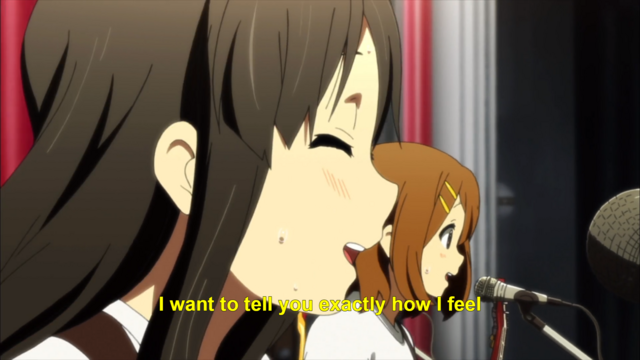 Kyoto Animation’s Naoko Yamada is a master at employing music for emotional catharsis, and it’s no surprise that many of her best works actually focus on musicians as well. In K-On!, the songs that Yui and her friends play serve as a concrete validation of their bond, and the meaning of the time they spent together. We in the audience don’t have to be told how well they’ve come to know each other, because we can see and hear it in the fond interplay of their live performance.

Yamada’s later co-production Sound! Euphonium uses music even more directly, with not just its ensemble tournament-focused drama, but also its individual character arcs relying on musical expression for their resolution. In the first season, long episodes of club drama and resentment ultimately resolve in a face-off audition for a trumpet solo, where heroine Reina’s passion, pride and talent are articulated not through any intellectual argument, but through the thundering voice of her trumpet. The desire to stand above the crowd which has fueled her all season long is realized in song, as she proves the strength of her voice without a word. In the show’s second season, club senior Asuka’s arc resolves in a very different performance, as she plays her beloved euphonium for an audience of one. Her song is almost mournful, a tender love letter to an instrument that has caused her both joy and pain, and its sound speaks to her feelings on a more fundamental level than words could ever describe. 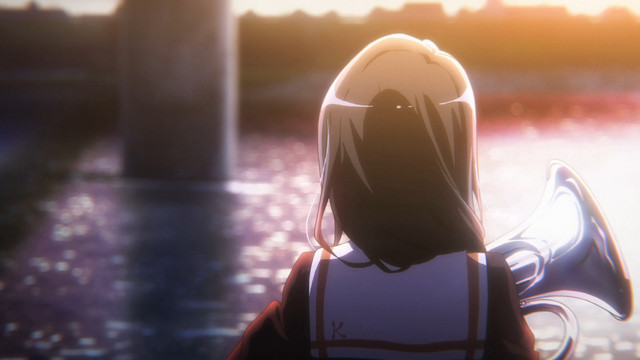 Of course, shows don’t actually have to be about musicians in order to rely on music and sound design for conveying their emotional intent. Just look at the works of Hiroshi Nagahama, whose tenure on shows like Mushishi and Flowers of Evil demonstrate a keen understanding of how music dictates our emotional experience. There are episodes of Mushishi that convey the sensation of being caught in a muffling snow drift like nothing else in anime, an effect that almost entirely comes down to his careful focus on how heavy snowfall impacts all other sounds in the environment. Meanwhile, the grinding nerves and paralyzing anxieties of Flowers of Evil’s protagonists is perfectly illustrated through stringed instruments drawn so taut they feel on the verge of breaking, held notes turning to atonal screeching in a sonic echo of an anxiety attack.

There are plenty of other shows that turn their sound design into an indispensable part of the narrative and emotional experience, from overtly musician-focused works like Your Lie in April to the musically inspired works of Masaaki Yuasa. Great art uses all of the tools of its medium to convey a more cohesive, immersive experience, and there are few artistic tools more powerful than music. Songs possess an ability to connect with us that goes beyond rational thought, gripping us in the personal, emotional sense that makes art a truly transformative experience. I hope you’ve enjoyed this exploration of sound design, and please let me know all your own favorite music-centric shows in the comments!