5 Anime Monsters That Could Stand A Chance Against Godzilla

Let's see how these beasts would fair against the Big G 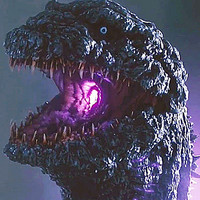 I recently saw Godzilla: King of the Monsters, a two hour exercise in finding out what happens when a bunch of 170,000 ton animals run into each other. And, because I'm a dirty possum weeb, I couldn't help but start to wonder "What if Godzilla fought against other anime creatures?" The anime world, while certainly focusing on the angsty people with beautiful hair, has a bunch of gigantic monsters and titanic creations in it, and I don't think I'm being too needy when I say that I really, really, really want Godzilla to fight some of them.

So, before I start penning what I'm sure will be full novels' worth of fan fiction, I decided to pick out some of the best anime monsters and see how they'd stand against the Big G. Now, I'm not saying that all of these would beat Godzilla. He's the King of the Monsters, and unless you're last name is Kong, you're pretty much assured of a defeat. But the five titans on this list would at least give Japan's least favorite tourist a fair fight. And we'll start with someone from one of my favorite series...

OARS from One Piece 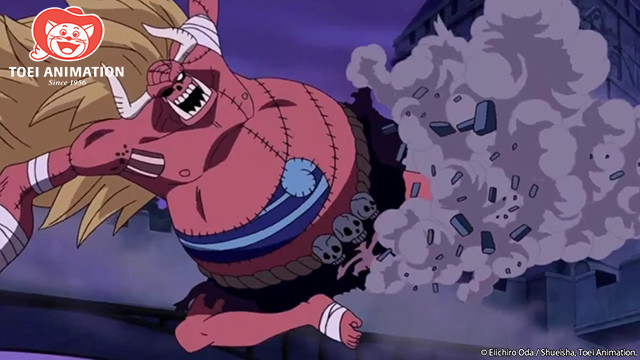 The 900th zombie of Gecko Moria's army, Oars is no slouch. In fact, he's even more of a threat than Gecko, who seems pretty reluctant to, well, fight anyone. And while Oars was definitely a threat when he was living, he becomes something special when Gecko Moria puts Luffy's shadow in him, allowing him to pull off some Gum Gum-themed attacks while still being unable to feel pain. It took the entire Straw Hat Crew to defeat him, as not even the ultimate, perfect, most flowless technique, Franky's Big Emperor, was able to topple him. 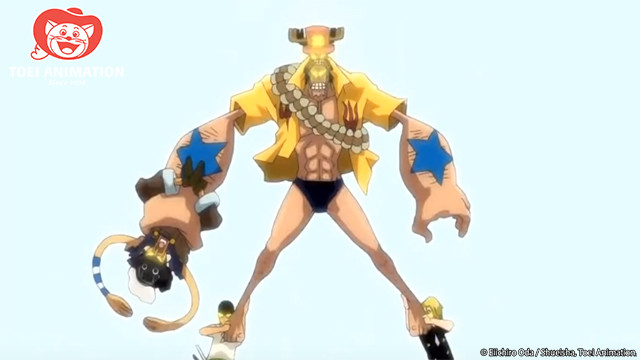 That said, Oars does have a height disadvantage. He's only 128 feet tall, meaning that his fairest fight would be against the original 1954 Godzilla, who only stood around 164 feet. That Godzilla could stand up to everything the military threw at him, and was finally beaten by the Oxygen Destroyer, so there's no telling how he would do against a zombified Gomu Gomu no Gatling. At worst, it would be really cool to look at before Oars was burned to a crisp. 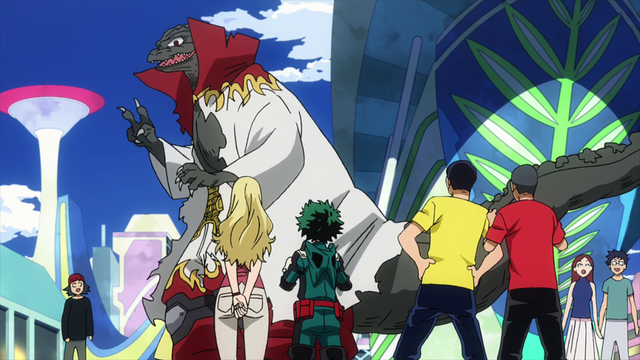 The My Hero Academia film Two Heroes introduced the series' "Please don't sue us" version of Godzilla with Godzillo, a monster that looks a lot like Godzilla. There's no real telling about what he brings to the table (Though he definitely has a better fashion sense than Godzilla, wearing that coat like a radioactive Guy Fieri), but Godzillo is a pro hero, so he has training. That will probably come in handy when he's trying not to get tail-whipped to death. 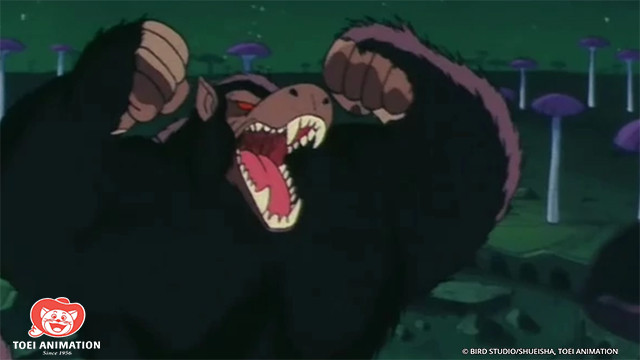 When there's a full moon and a Saiyan has a tail, they're likely to turn into their Great Ape form. If you've never watched Dragon Ball, it is exactly what it sounds like. They become a rampaging monkey creature, which was a nice surprise to end the first Dragon Ball arc. Bulma, Yamcha and the gang already couldn't stand a chance against Goku, Goku's Power Pole, and Goku Being The Main Character Of The Show, but he can turn into an ape monster now, too? That's unfair. Their only option was to cut off his tail, and that's a pretty important detail. If your only option to beat someone is horrific mutilation, that someone is a genuine threat.

But against Godzilla? Well, the Great Ape form's height is pretty inconsistent. When it first shows up, it's bigger than Pilaf's castle. Later, when Goku fights Master Roshi in the twenty-first World Martial Arts Tournament, the Great Ape seems to be quite a bit smaller. But the one thing you can always count on is its near unstoppable rage. If any monster is gonna have the guts to just slug Godzilla in the face, it's Great Ape Goku. And while Godzilla has a bunch of experience stepping on his son's tail, I don't know if he'd understand that, to get Goku to change back, he'd need to remove Goku's tail. So while we can't count on a certain win, we can at least count on Great Ape Goku catching Godzilla off guard. 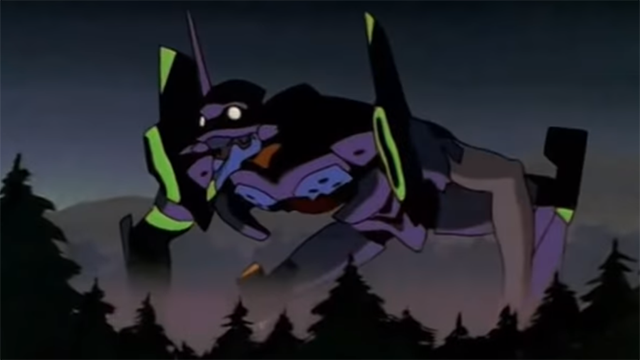 The things that seem to be most tailor made to fight Godzilla are the mechs from series like Gundam, Darling in the Franxx, or Neon Genesis Evangelion. I don't really need to explain the appeal of this: one of Godzilla's most famous enemies is MechaGodzilla, and fans have always wondered what it would be like if Godzlla fought someone a little less himself-shaped. And while I think Godzilla vs Gundam deserves a $400 million budget, the match up that I'm most enamored by is Godzilla facing the EVA units from Evangelion.

This is because one of the best Godzilla films ever made, 2016's Shin Godzilla, was directed by Hideaki Anno, the same guy behind Evangelion. And while Hideaki Anno's Shin Godzilla vs Hideaki Anno's Neon Genesis Evangelion is the least smooth title in the world, it definitely sounds like it would be emotional, satirical, and action-packed. Not enough Godzilla films make me feel like my heart and soul have been ripped apart, but a Godzilla vs. Evangelion movie (or theme park ride) could do that. And it might just be a movie where Godzilla goes down.

THE TITANS from Attack on Titan 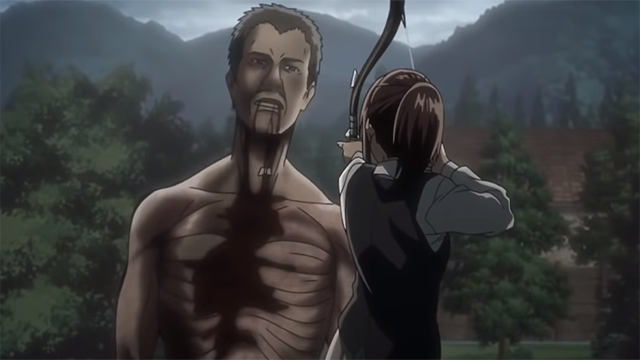 One of the roughest parts from Attack on Titan, especially in the first season, is the feeling of helplessness. People are getting eaten and eviscerated by these monsters and barely anyone can do anything about it. So, to see Godzilla stroll in and start kicking around the Titans would be purely and viscerally satisfying. I wouldn't even want these fights to be fair. Just stomp 'em up, my big lizard bro. Stomp 'em up reaaaaaaal good.

We'll probably never see any of these play out in anime or film, but that's okay. What we can imagine is probably waaaaaay more explosive and creative than what we'd find onscreen. For now, all we can do is keep watching Godzilla movies (here's a list where you can find them all!) and keep dreaming about Godzilla vs Kurama, or Godzilla vs Zorc the Dark One, or Godzilla vs The Entire Cast of Shirobako.

What giant anime monster would YOU like to see Godzilla fight? Let us know in the comments!