Find out how it all began and how each work inspired the next! 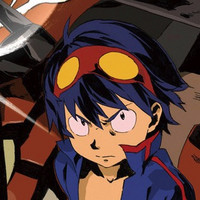 This piece was originally published on Famitsu.com and is republished with permission from KADOKAWA. 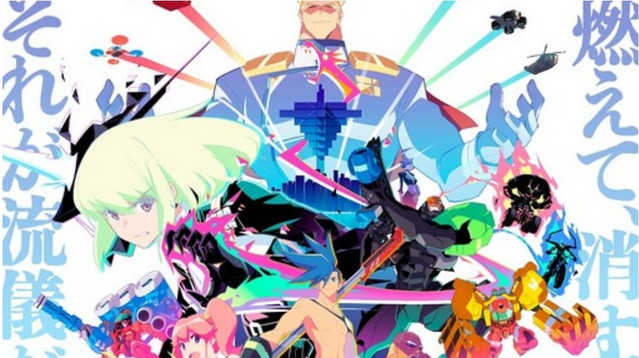 The anime studio TRIGGER is behind such works as Gurren Lagann, Kill la Kill as well as their newest creation Promare. But how was this studio founded, and how was it able to create such masterpieces? We asked two prominent members of the studio about its history.

TRIGGER was established back in August 2011 by three former members of the anime production company Gainax: Masahiko Otsuka, Hiroyuki Imaishi, and Kazuya Masumoto. We asked Hiromi Wakabayashi and Kazuya Masumoto, who were deeply involved in TRIGGER’s creation, how their studio was established, how they were able to create such masterpieces, about their history and the details of their work starting from before their studio’s creation with Gurren Lagann to Kill la Kill among their other titles. This article will be a good read for both those who have already seen Promare, which made its theatrical debut on May 24, 2019 in Japan, as well as those who may be interested in seeing it. 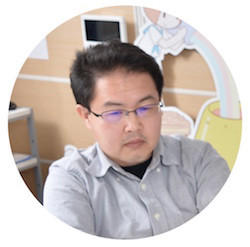 TRIGGER Company Director & Producer. At Gainax he was in charge of the Production Committee. 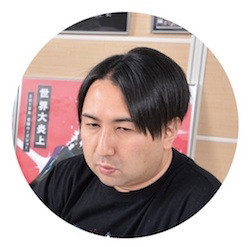 Handles project planning, scripts, and production at TRIGGER. At Gainax he was an Establishment Manager.

Please start off by telling us how TRIGGER was established.

Masumoto: When Panty & Stocking with Garterbelt (hereafter referred to as Panty & Stocking), which Imaishi directed at Gainax, wrapped up its broadcast in December of 2010, talks started moving forward with our company’s current representative, Otsuka, and Director Imaishi as to what anime we were going to do next. That’s when we started to say, “This time we want to challenge ourselves by taking personal responsibility for the anime creation process,” and talks started developing toward wanting to go independent and create our own company. At the time the two of them requested that I take over company management, and I got the feeling it would be an interesting experience. But while Otsuka and Imaishi were looking to create their own company, I didn’t feel it was necessary for us to create a new company just for anime production. I gave it some thought, then gave the answer: “If you’ll make a company that can create its own original 2-hour movie with Imaishi-san as the director, then I want to be a part of it.”

I see, so that’s how things unfolded. Speaking of TRIGGER and Director Imaishi’s work, I’d like to go back in time to when you were at Gainax. Could you tell us about how Gurren Lagann was created?

Wakabayashi: Back then at Gainax plans were moving along for the first original TV series about robots since Neon Genesis Evangelion, which aired 10 years prior. In the beginning we were working with a completely different series, moving forward with plans to create a TV series and movie at the same time. After that, a lot happened and the plans and staff both changed, and we had to start over from scratch. For this new series, we wanted to ask Kazuki Nakashima to be in charge of the script, and that’s when Imaishi-san said, “Well, if you’re getting Nakashima-san on board,” and offered himself up as director. At that time what we’d decided was that an armored robot suit with a Japanese-style design would make an appearance, there would be a bond between an older brother figure and younger brother figure, and that we’d create a traveling tale, but at the beginning we didn’t even have the “drill” component that symbolized Gurren Lagann.

So the drill was added in later! It was at that time that Masumoto-san was put in charge as a Production Assistant, correct?

Masumoto: It was very difficult at the time. Back then planning for Gunbuster 2 was moving forward at the same time, so we only had young people on staff for Gurren Lagann. Gunbuster 2 was the first OVA that Gainax ever made on its own. Gurren Lagann was also their first ever Gainax-only TV series. So, as unbelievable as it sounds, Gainax had two solo productions moving forward at the same time (laughs).

That must mean you guys were faced with a lot of crunch time then?

Masumoto: It was common for us to keep working every week right up to the deadline…

Wakabayashi: But everyone was very young, so we were able to do it. Even Imaishi-san at the time was 35 years-old, but that made him one of the oldest there age-wise. Over half of the staff at the time were in their 20s.

And so TRIGGER was established and that’s what led to your first title Kill la Kill.

Wakabayashi: Fortunately, thanks to all of the fan’s support, Gurren Lagann became a hit, which in turn put this amazing pressure on us to surpass it. That’s why a lot of time went into its design and composition. Nakashima-san put so much effort into it that he was largely responsible for the entire script.

Masumoto: The story and script for Gurren Lagann was made by Nakashima-san, to a certain degree, with the viewers in mind. But Kill la Kill on the other hand was, I think, Nakashima-san’s way of challenging himself to see if he could take these self-centered characters, create the story the way he wanted, and still have viewer acceptance.

Wakabayashi: As a result, it became a work beloved by a new type of viewership, with a huge response that I think was felt by both Imaishi-san and Nakashima-san. 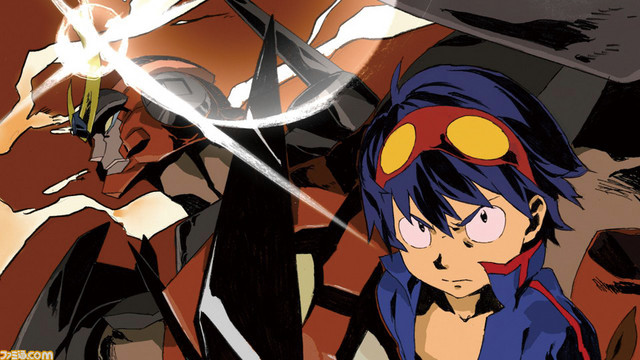 What do you think was the primary factor that allowed you to overcome the hurdle that was your previous hit work?

Masumoto: We’re all more experienced now than we were back when we created Gurren Lagann, we’ve made a number of different works since then, and we’re even pickier now about the animation layout on screen as well as character creation.

Wakabayashi: We spent a lot more time on Kill la Kill completing one character’s design than we did in our previous work. Not just the characters, but the entire visuals of the work; the coloring, the background touches, and the way it was directed too, it was a result of all of the time sunk into all of these things that became one of the factors behind why everyone enjoyed Kill la Kill so much, I think.

People also talked about how it was made to be like a homage to 1970-1980s shounen manga.

Masumoto: At first it was just a simple school battle type of anime with girls in sailor outfits fighting each other.

Wakabayashi: In the original version there was no “Life Fiber Synchronize,” or in other words, no transformation component, but as the design team we wanted something similar to the robot that was in Gurren Lagann. That’s when we came up with the idea of characters going into battle in a super flashy way, thereby making the protagonists transform to fight. Although they were powering up by wearing clothes, the designs actually showed a lot of skin (laughs). That conflicting component was something Nakashima-san came up with an explanation for as he put the story together. 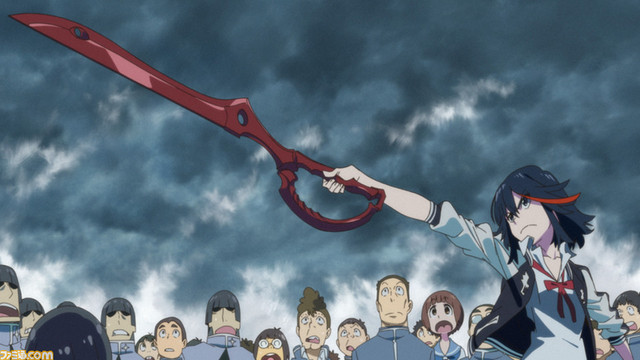 And Now, to Promare

Speaking of TRIGGER’s early stages, Inferno Cop was quite the controversial work, wasn’t it? (laughs)

Masumoto: We were constantly creating works with big time investments, so we actually needed to practice creating an anime in a short amount of time. That was how Inferno Cop was created, and we limited ourselves to one hour a week.

Wakabayashi: The sense at the time was that the regulations on TV anime had become strict, but we thought we could do whatever we wanted if it was broadcasting online (laughs). So as long as viewers could laugh the art didn’t need to move, and we didn’t need a coherent storyline either, that’s what we thought when we made it. After that, I attended an anime event as a guest overseas and was shocked. Overseas anime fans, largely from North America, appreciated Inferno Cop as an abnormal comedy (laughs). I was very happy about that. 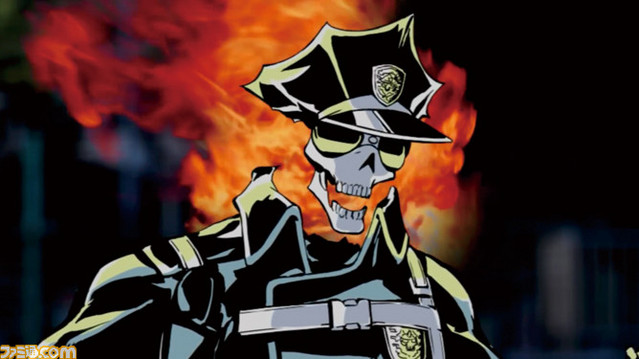 NINJA SLAYER FROM ANIMATION also gained attention as a Flash anime that didn’t “move,” didn’t it?

Masumoto: We received an offer to turn it into an anime, took it to Amemiya, and he took into consideration the details surrounding the original’s conception and the context of the work, and it became a story, like the expression goes about how it can be done if it’s an anime adaptation, and that’s how it was realized. It was also one of Director Amemiya’s requests that Imaishi-san be in charge of the character design.

Wakabayashi: At first, we were surprised because we never thought we’d get the OK to make it that way.

Aiyeeee…. That’s very impressive (laughs). So, you made another similarly short anime called SPACE PATROL LULUCO, what was the creation time on it like?

Wakabayashi: At the time, TRIGGER was mainly focused on KIZNAIVER, so we were forced to create SPACE PATROL LULUCO with a severely limited staff of ten people. We started off our mission to see how interesting of a project we could make with limited staff, budget, and time, decided the rules and stuck to them hard as we entered production. As a result, we came out with a short but dense work, and Director Imaishi along with the rest of the staff were really attached to it. LULUCO is one of the titles we’d eventually like to make a sequel for. 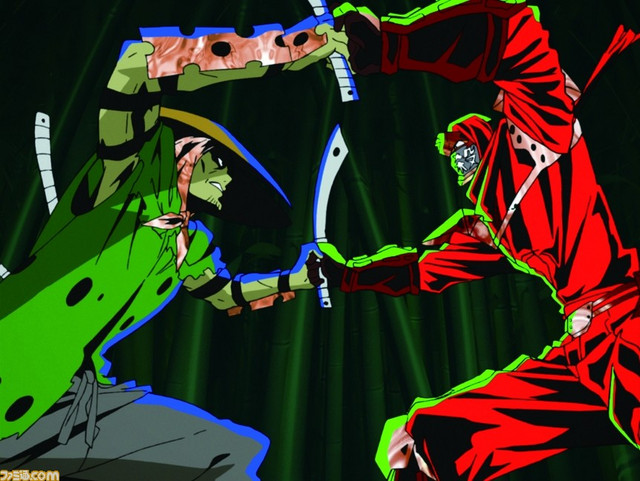 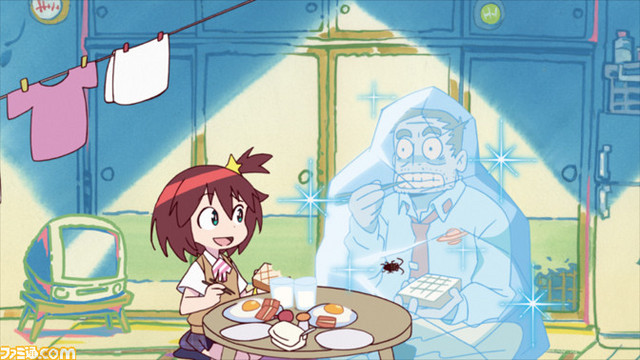 And so that’s what brings TRIGGER and Director Imaishi to Promare. Is there a work among those that you’d like viewers to see first before you think they can appreciate Promare?

Wakabayashi: Our newest work Promare is made for people who have never touched any of Imaishi’s other works before, so it can be enjoyed enough by itself without seeing any of his past titles, though on the other hand, it’s also something of a compilation of all of Director Imaishi’s works up until now. So if you watch Gurren Lagann, Panty and Stocking, Kill la Kill, and SPACE PATROL LULUCO then you might have a deeper appreciation for the story and visuals. 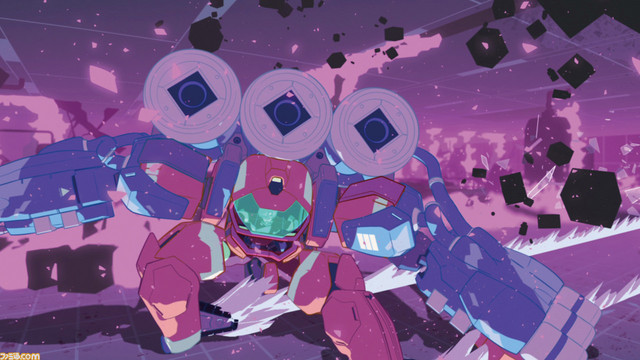 See the original article at Famitsu.com.